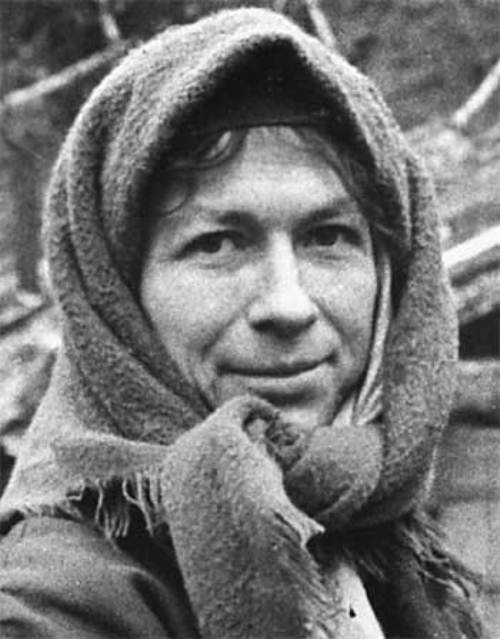 A hundred miles from any settlement in the midst of the wilderness the Lykov family lived, spoke and thought in the manner of the 17th century. In 1932, Karp Lykov took his wife into the remote Siberian taiga. The family grew, and the men and women lived separately in a pitch-dark house with no lightning. It was a tiny colony with the primitive living conditions of the time of Peter the Great. They missed World War II and all the shake-ups that followed. The family had lived there for 46 years all alone, until geologists discovered them in 1978. Within a month three of the five family members suddenly died one after another and there is still little explanation for it. Soon Karp Osipovich, the family head, passed away, too. The remaining younger daughter Agafia, in her fifties, began to build a fragile relationship with the outside world with thoughtful dignity …
Agafia Lykova was born in 1945 into the family of Old Believers. The Lykovs lived more than 60 years as hermits in the Western Sayan mountains (Khakassia).
In the 1930s, several families, including Lykovs, fled to the Siberian taiga to escape Stalin’s persecution and lived many years in strict isolation.

In 1978 Soviet geologists accidentally found the Lykovs, whose family included six persons: Karp Osipovich (father), Akulina Karpovna (mother), Dmitry and Savin (sons), Natalia and Agafia (daughters).
The Lykovs lived in the hand-built log cabin, lit by a single window and warmed by a smoky wood-fired stove. The family hunted (without guns, digging traps), fished, gathered mushrooms, berries, pine nuts, grew vegetables. They made their clothes and shoes themselves, in summer they walked barefoot. The Lykovs didn’t have bread and salt.
In 1961 hard frost killed everything growing in their garden, and the family had to eat bark. Akulina chose to see her children fed, and that year she died of starvation.
Hermits didn’t have any calender, they counted the days! All the children in the family could read and write in the Psalms. Religious books were carefully kept in the family.
The Lykov’s children knew there were places called cities where humans lived crammed together in tall buildings. They had heard there were countries other than Russia. But it was only abstractions to them. 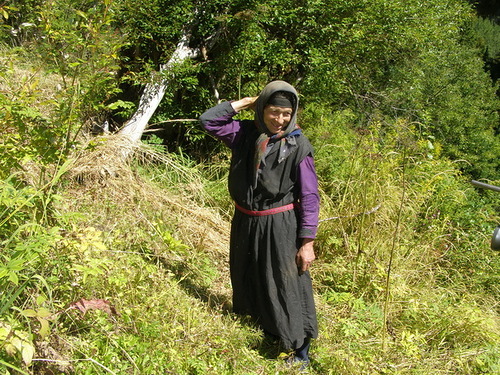 The Lykovs became famous after Vasily Peskov’s article in the newspaper Komsomolskaya Pravda. Vasily came often to the Lykovs and as a result he wrote a book Lost in the Taiga: One Russian Family’s Fifty-Year Struggle for Survival and Religious Freedom in the Siberian Wilderness (1990), which was published in several foreign languages.
In the fall of 1981, three of the four children followed their mother to the grave within a few days of one another.
Doctor Igor Nazarov suggested that the cause of Dmitry, Savin and Natalia’s death was a weak immune system, because of lack of contact with the outside world. They acquired infection from their visitors. Agafia and Karp’s blood test showed no antibodies to the most pathogenic viruses. Igor Nazarov’s impressions of his trips to the Sayan taiga, observations of the hermits’ health, presented in the book Taiga Hermits (2010).
Karp Lykov died in his sleep on February 16, 1988, 27 years to the day after his wife, Akulina. Agafia buried him on the mountain slopes with the help of the geologists.
Today only Agafia survives of the family of six, living alone in the taiga.
Many people have tried to escape from the madding crowd and live in the taiga: retired man from Pushkin, the Lenkovs, Nadezhda Nebukina. The visitors have a place to stay, there are several empty houses. But there were too many difficulties of everyday life and they came back.

Only Erofei Sedov has been living next to Agafia for more than 10 years. He is a former geologist and explorer, who lost everything: his family, home and froze his leg.
It is known that Agafia survived the first half of the severe winter of 2012-2013. Before Christmas, she was given the parcel of gifts from the Metropolitan of Moscow and All Russia, Cornelius. Governor of the region Aman Tuleyev helps Agafia.
In the Soviet years there were publications in the media accusing the Lykovs of religious fanaticism and ignorance. Today the image of Agafia is regarded as an important phenomenon of human potential, both physical and spiritual. Lykova became one of the symbols of the Old Believer world, and her bright, characteristic features are associated in general with all Old Believers.
Sources: www.smithsonianmag.com, www.1tv.ru, www.panoramio.com, pressa.irk.ru 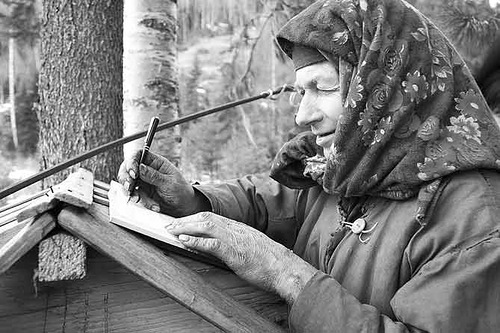 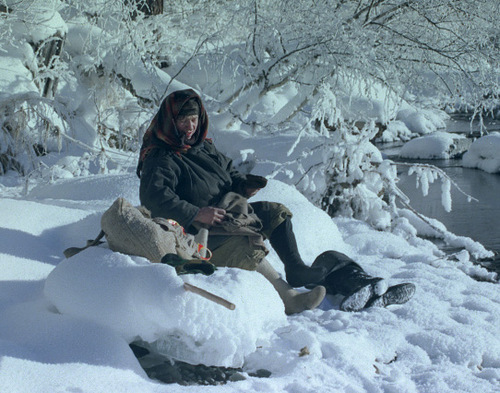 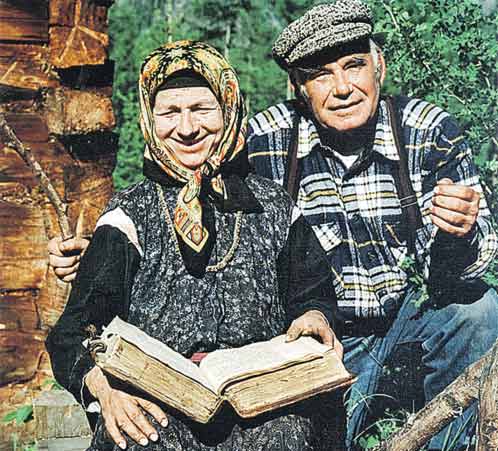 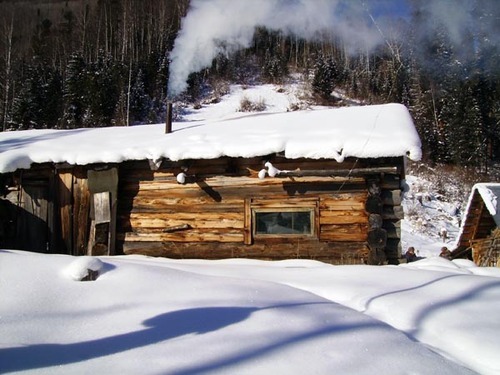 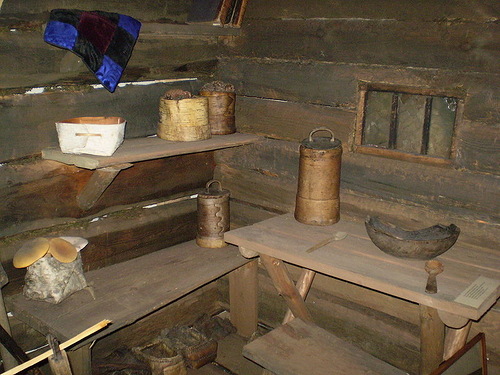 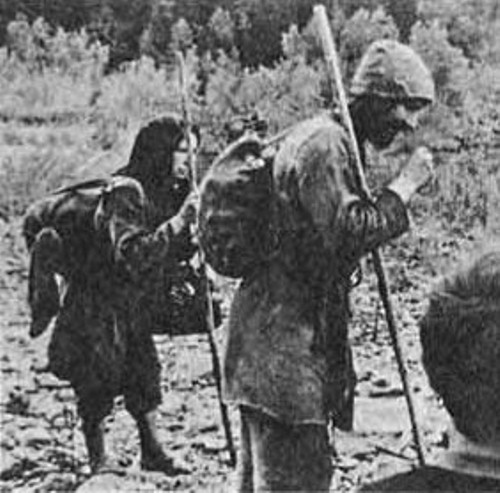 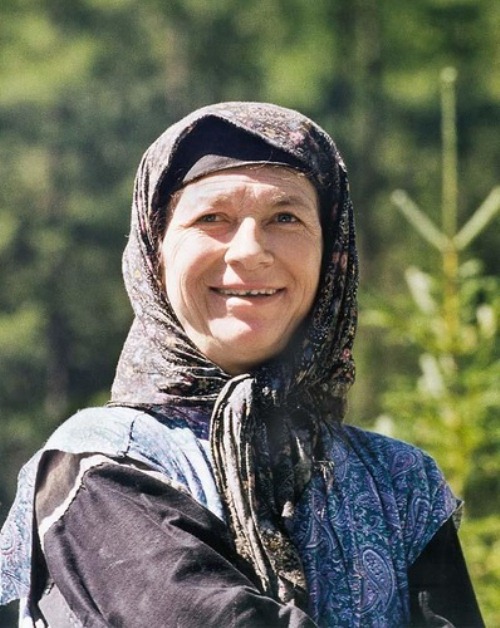 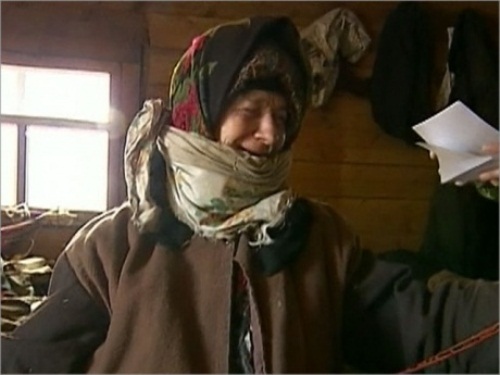 Amazing A. Lykova is dancing 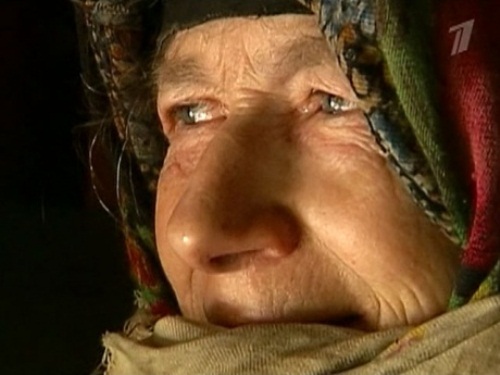 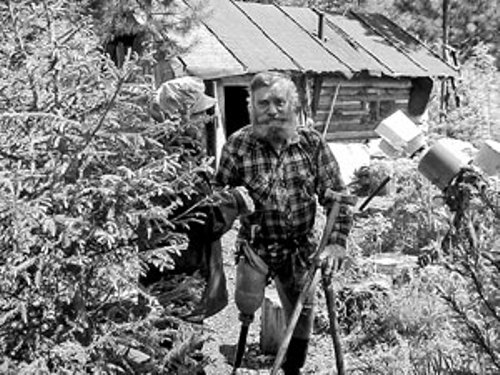