The birth of Jesus Christ
Mary, a young girl with an open heart, lived in a small town Nazareth. She loved God very much. Once Angel Gabriel came to her and said that she would give birth to a son whose name would be Jesus. Later she married Joseph. As he learned that she was pregnant, Joseph wanted to leave Mary. But an angel appeared to him in a dream: “Do not be afraid to take Mary home as your wife. Holy Spirit is a father of the baby. His son will be called Jesus and he will save people from their sins”.
In some time Mary and her husband came to Bethlehem. But they had no place to live in. That is why they stayed in a cattle shed, where Mary gave birth to their son.
When Jesus was born, a star started sparkling in the sky announcing about the birth of Jesus.
Jesus was born on Earth to teach people to forgive. During all His life He worked great miracles and gave people the light of truth…
Since that time people have become able to forgive and find light in themselves.

Christmas in pictures of Russian painters 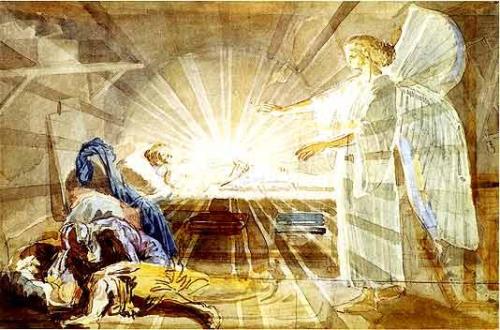 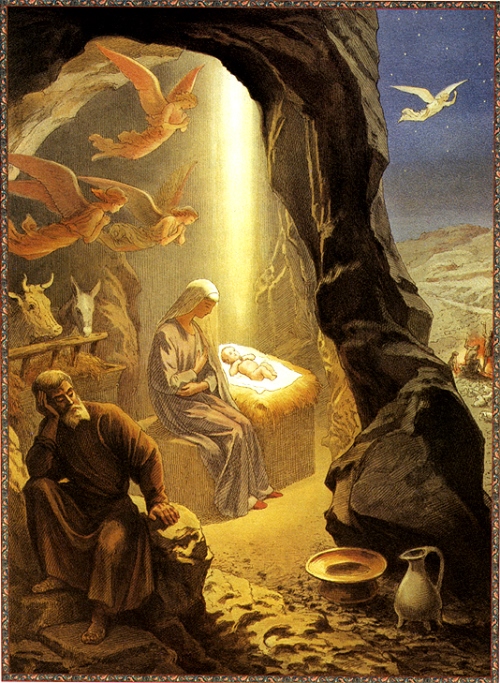 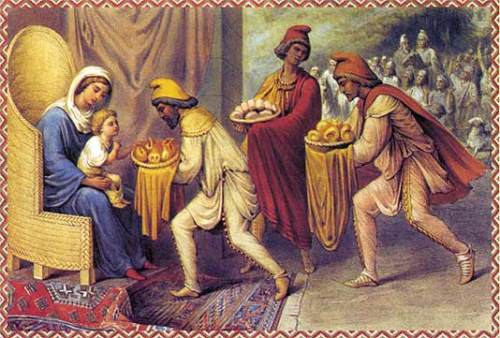 Adoration of the Magi. Grigory Gagarin Christmas. Vasily Shebuev, 1847. Image for the Church of the Annunciation in St. Petersburg 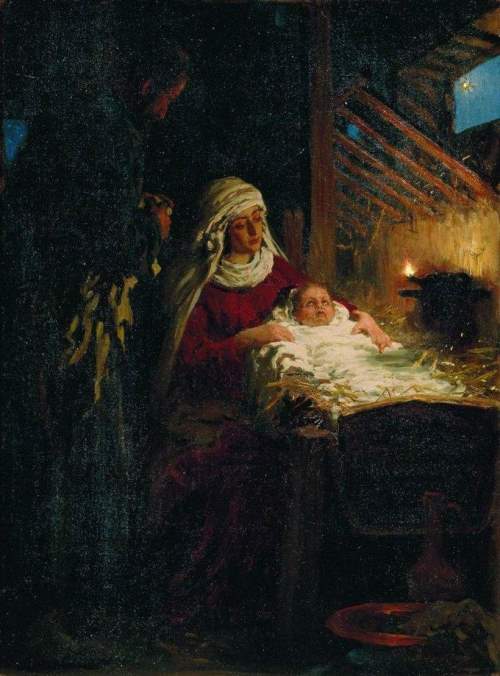 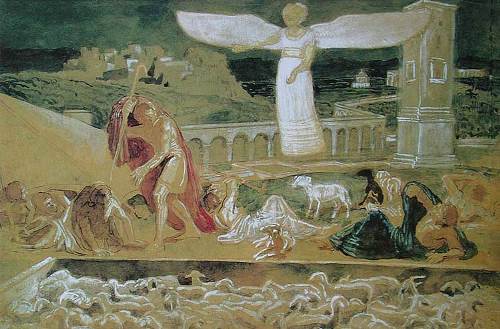 The Angel announced to the shepherds the birth of Christ. Sketch. Alexander Ivanov. 1850s. The State Tretyakov Gallery, Moscow 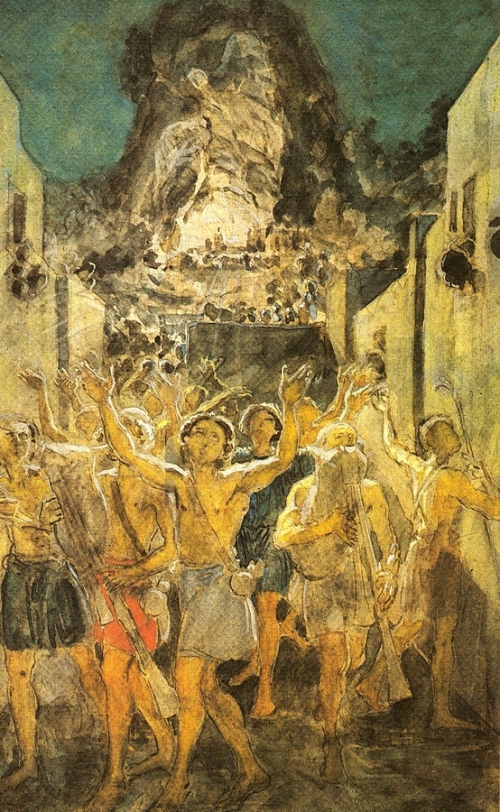 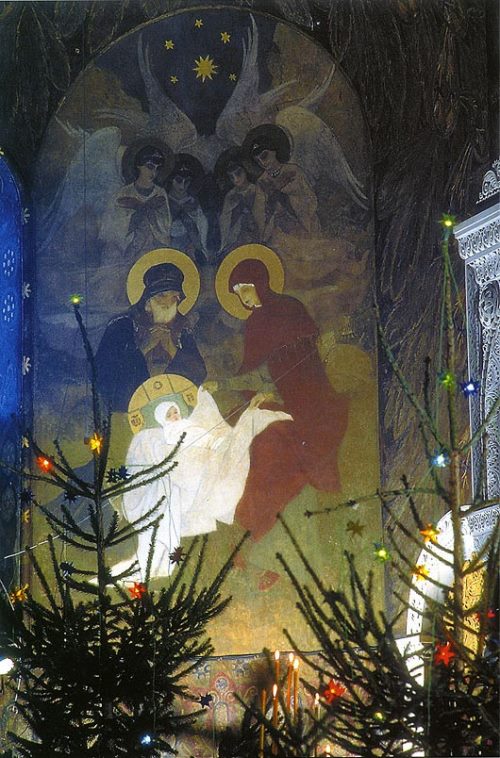 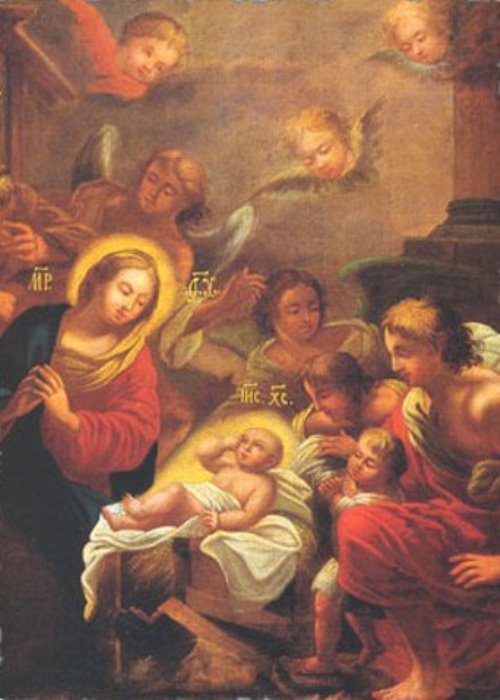 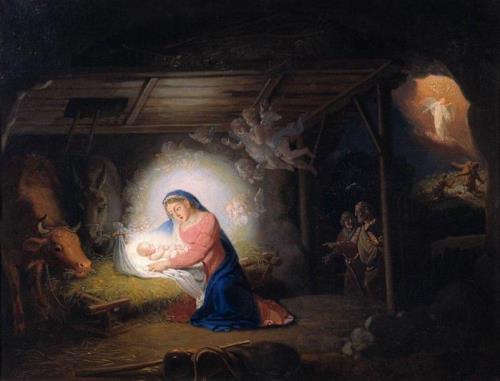 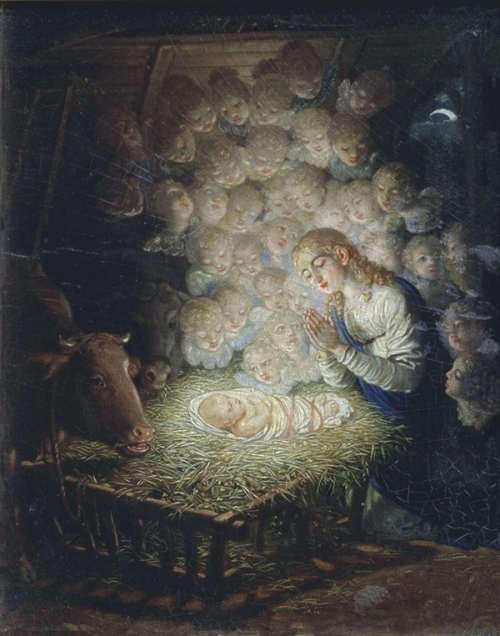 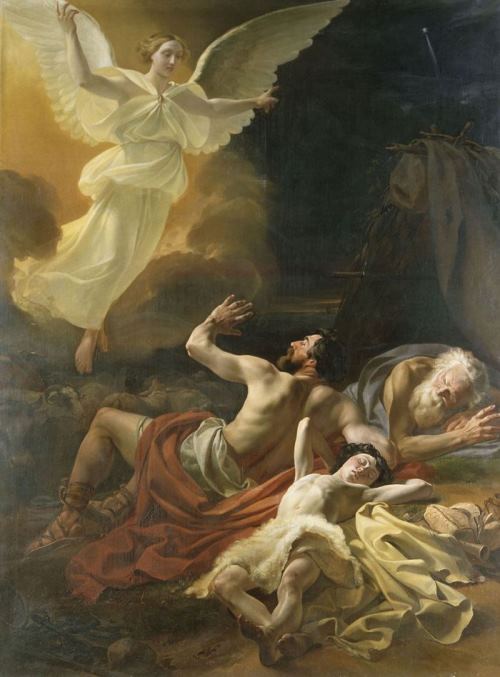 The Angel Appearing to the Shepherds. Pyotr Petrovsky. 1839. For this picture, the young artist, Karl Briullov’s student, was awarded the first major gold medal of the Academy of Arts. 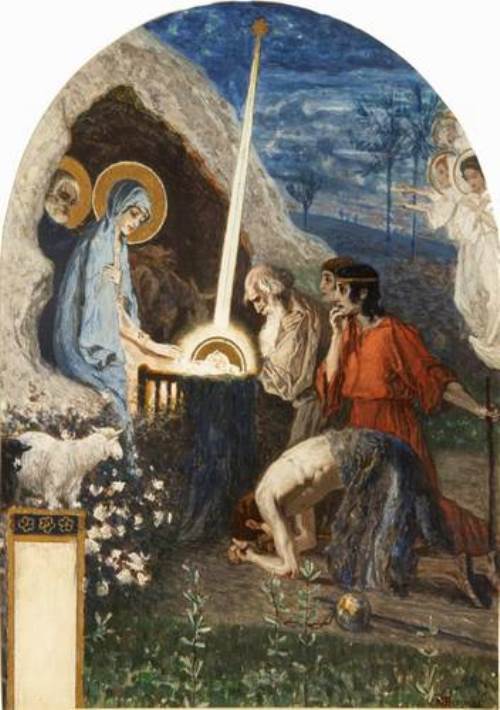 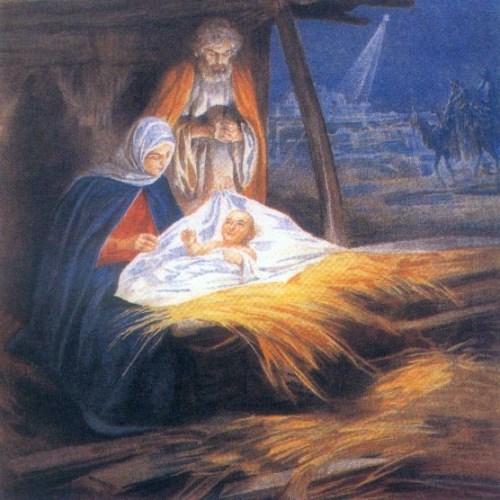 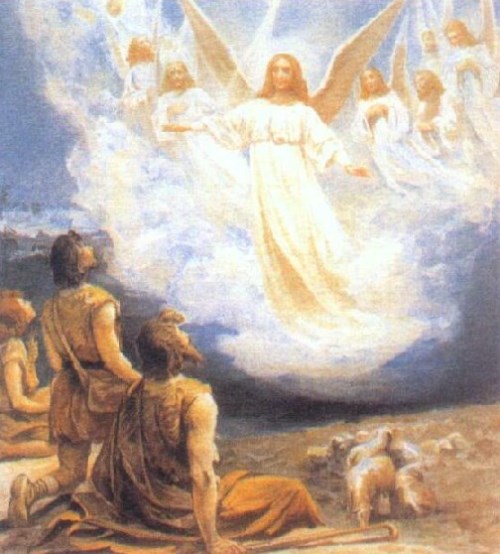 Angels singing at the birth of the Savior. Claudius Lebedev 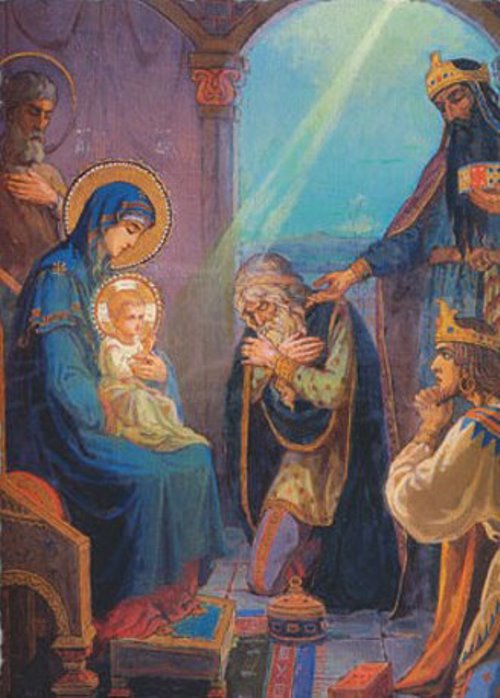 Adoration of the Magi. Valerian Otmar. 1897. Original mosaic for the Church of the Savior on Spilled Blood 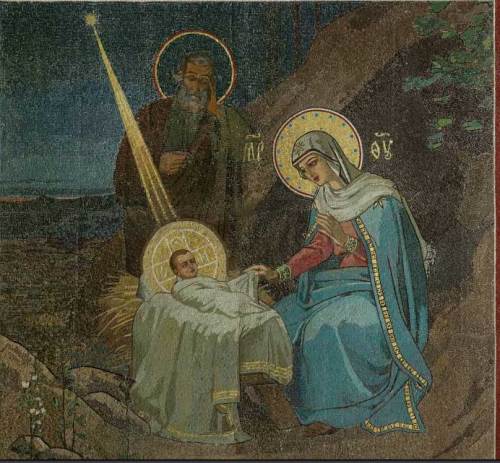 Porphirov. The Angel and shepherds. Christmas. Church of the Resurrection, St. Petersburg 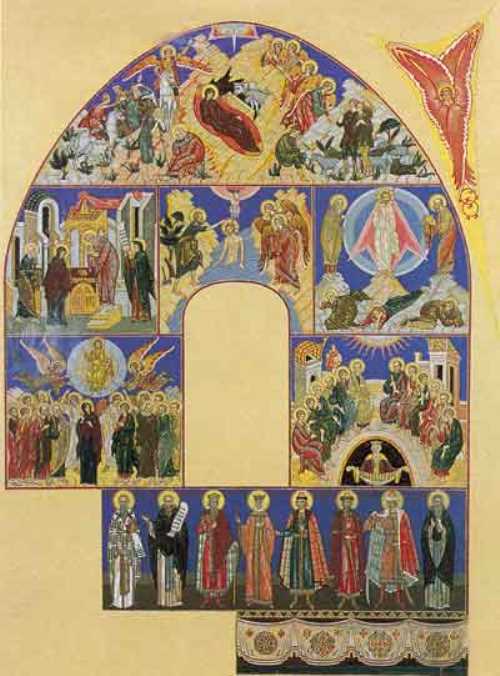 Sketch for the Temple of the Assumption of the Holy Virgin. Ivan Bilibin 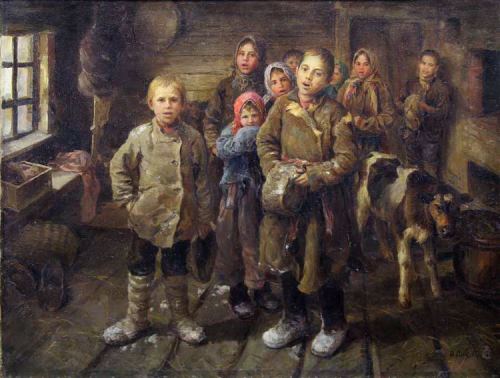 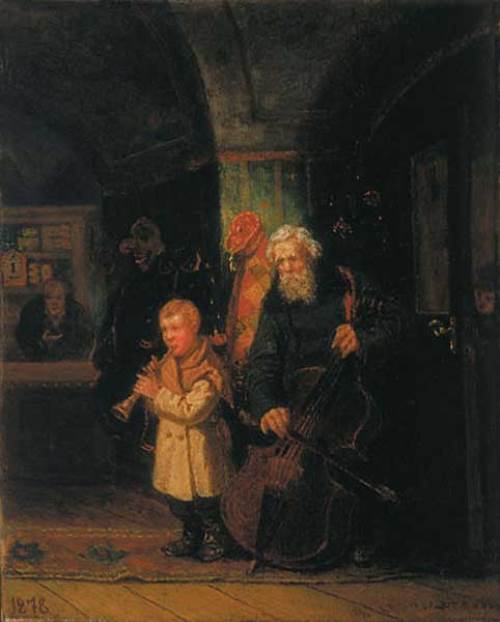 In the cellar at the Yule week. Leonid Solomatkin. 1878 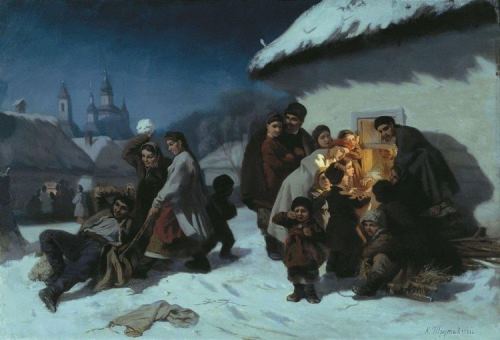 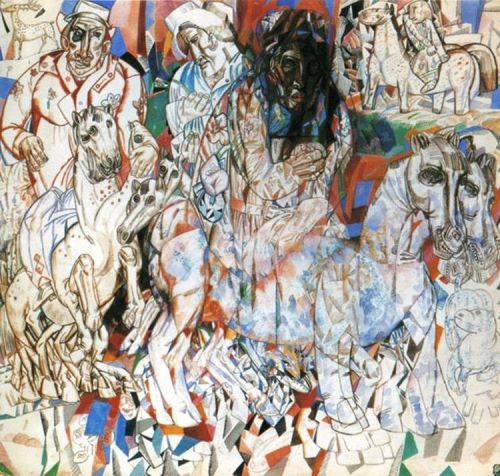 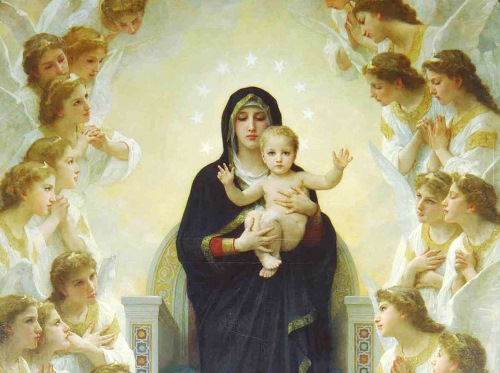 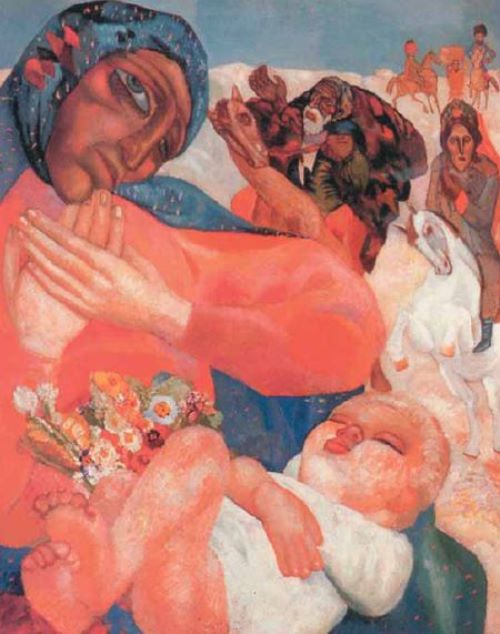 At first Evdokia Glebova, sister of the painter was the owner of the picture. On October 17, 1990 it was sold at Sotheby’s and then on November 29, 2006 it was resold at Christie’s for $ 1.5 million.
Source: www.liveinternet.ru