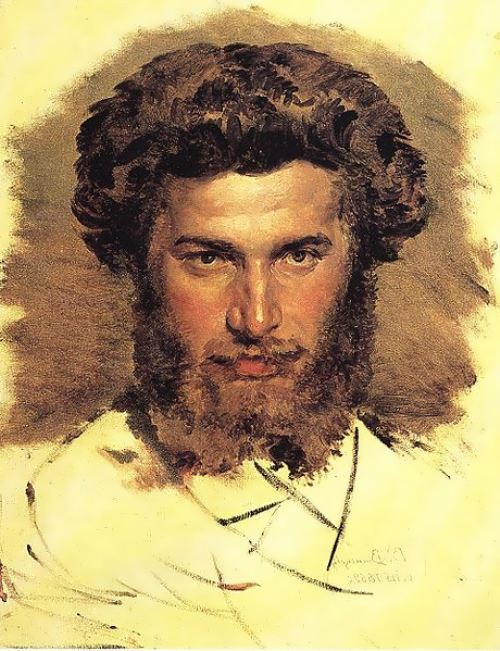 Arkhip Kuinji was a Russian painter of Greek origin, master of landscape painting. Actually, he is known as the bard of the Ukrainian night. His surname means goldsmith in Tatar.
Arkhip was born on January 15 (27), 1841 (according to another version in 1842) in Donetsk region, Russian Empire into a family of a poor shoemaker of Greek descent. Soon the boy lost his parents and was raised by his aunt and uncle. Since his childhood Arkhip was fond of painting and drew everywhere – on the walls, fences and scraps of paper. The boy lived in great poverty, so he had to work hard. His passion for drawing drew him to Feodosia, to see Ivan Aivazovsky.
In 1865, Kuinji decided to enter the Academy of Fine Arts and moved to St. Petersburg, but his first two attempts failed. In 1868 he was awarded the title of a free artist. You know, he made friends with Ilya Repin and Viktor Vasnetsov, and was an acquaintance of Ivan Kramskoi, the ideologist of the progressive Russian artists.

Since 1870 the artist often visited the island of Valaam, a favorite place of landscape painters. And in 1873 he created two wonderful pictures – On the island of Valaam (State Tretyakov Gallery, Moscow) and Lake Ladoga (State Russian Museum, St. Petersburg).
In 1875, the artist married the daughter of a wealthy merchant, Vera Leontievna Ketcherdzhi-Shapovalova.
Hoping to broaden his knowledge Kuinji undertook a journey abroad. He stayed in Britain, France, Belgium and Germany.
Moreover, in 1878 his works were exhibited at the World Exhibition in Paris.
A year later, in 1879, Kuinji presented the public with a kind of trilogy landscapes The North, Birch Grove and After a Thunderstorm (the State Tretyakov Gallery, Moscow).
The exhibition in 1882 was Kuinji’s last one. It was followed by many years of silence, that even the artist’s friends could not understand.
In 1886 Arkhip bought land in the Crimea, where he lived in a hut along with his wife.
By the way, in 1894, he was offered a post at the Academy as a professor of landscape-painting.
In the summer of 1910, while in the Crimea, the artist became ill with pneumonia. He was transported to St. Petersburg, where on July 11 (24), 1910 he died. 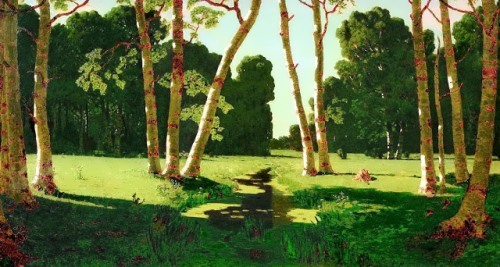 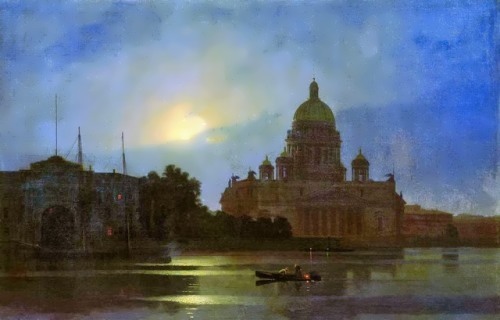 View of St. Isaac’s Cathedral in the moonlight, 1869 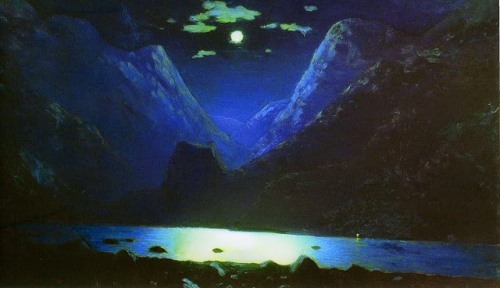 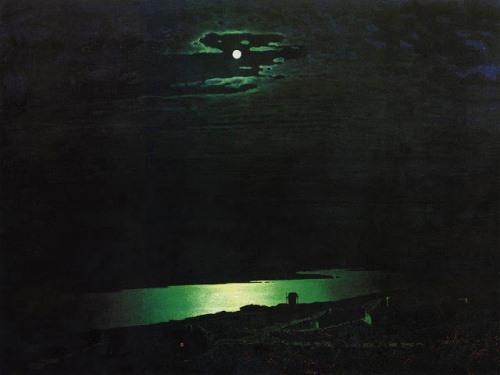 Moonlit Night on the Dnieper, 1880 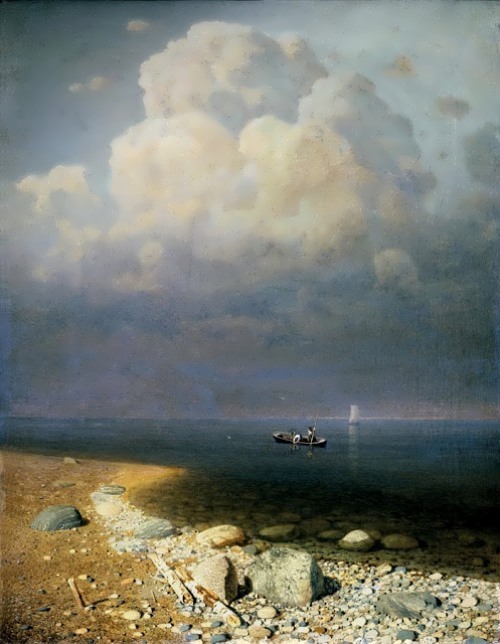 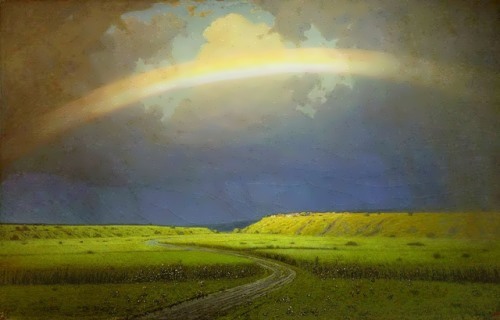 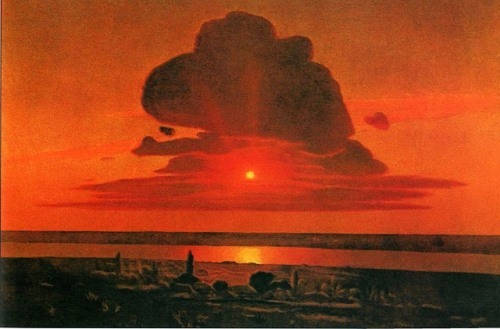 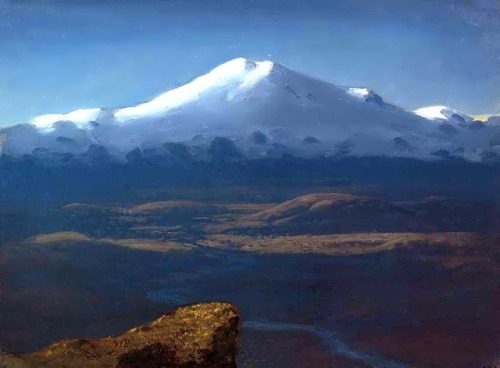 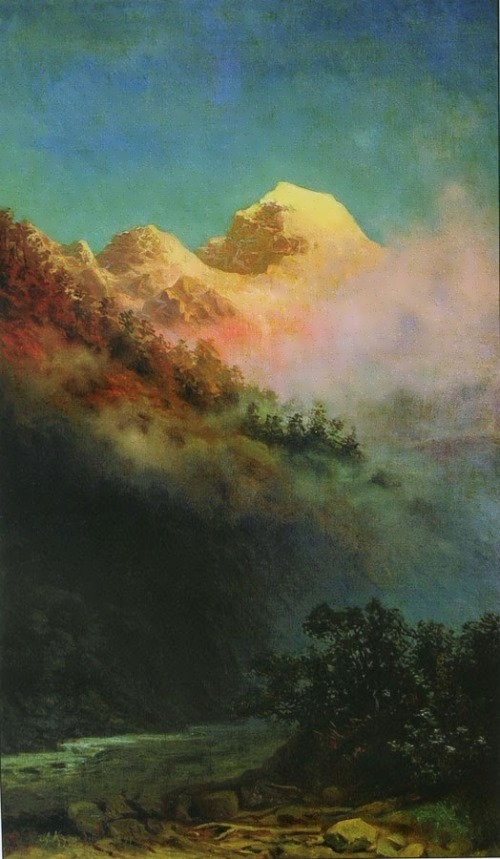 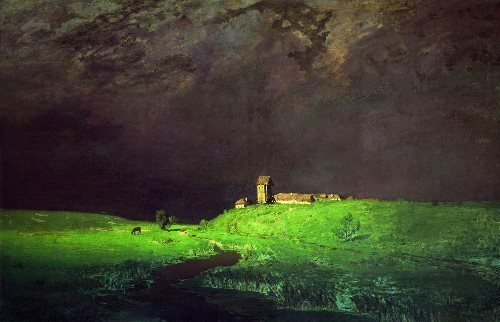 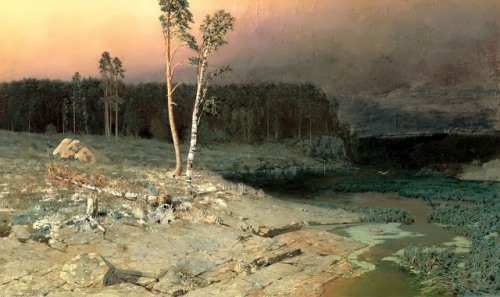