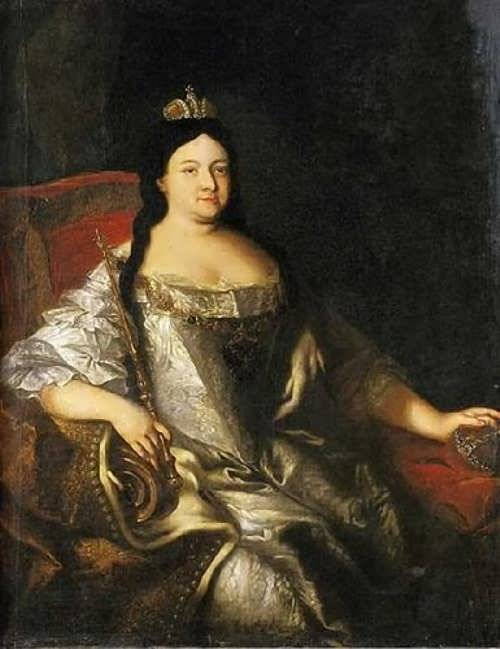 Anna Ioannovna Romanova was Empress of Russia from 1730 to 1740. You know, she was the niece of Peter the Great.
The girl was born on February 7, 1693 into the royal family in the Moscow Kremlin. Her parents, Tsar Ivan V and Tsarina Praskovia Feodorovna, raised two more daughters: the elder Ekaterina and the younger Praskovya. From an early age Anna, along with her sisters, was taught Russian language, arithmetic, geography, dances, German and French.
In 1696 Ivan died, and the widowed queen with the children was forced to leave the Kremlin chambers and move to the Izmaylovo country residence. And in 1708 the family moved to St. Petersburg. Soon the Swedes launched an offensive against the northern capital, and relatives of Peter I had to return to Moscow.
Peter’s troops could not prevail in the Northern War. The Russian emperor needed support from the Prussian and Courland rulers. In 1709, the Russian troops occupied Courland. Diplomatic negotiations were held with the King of Prussia, Friedrich Wilhelm I. It was decided to make an alliance between two dynasties.

Russian princess, niece of Peter Anna, was chosen as a bride, and the nephew of the Prussian king, the Duke of Courland Friedrich Wilhelm became the groom. After two months of marriage, the young husband died of a cold on the way to Courland. Peter forbade Anna to return to her homeland. The princess arrived in Mitau, where she occupied the position of the Dowager for 20 years.
In 1730, Emperor Peter II died, and there was a need to choose a new ruler. Princes Dmitry Golitsyn and Vasily Dolgorukov offered to invite Anna Ioannovna and the Privy Council supported the choice. On February 15, Anna arrived in Moscow. Anna’s ascendancy to the Russian throne was supported by the Russian aristocracy. She was 37 years old at that time.
She never remarried after the death of her husband. In 1926, Anna intended to marry Count Moritz of Saxony, but Prince Alexander Menshikov stopped the wedding, because he planned to become the Duke of Courland himself.
In 1727 the prince went to Russia, and Ernst Johann Biron became the new favorite of Anna. It is assumed that the future Russian Empress gave birth to a son from Biron. Later she invited Biron to Russia and made him a co-ruler.

You know, Anna spent a lot of money on feasts and celebrations. There were a lot of delicious food but almost no alcoholic beverages. The Empress drank very little and didn’t like drunks.
It is known that she loved clowns and dwarfs. There were six of them at her court.

By the way, Anna loved cruel jokes. She had fire bells rung throughout St Petersburg just to see the panic. Also she ordered Prince Nikita Volkonsky to feed her dog with cream; his wife fed lettuce to her rabbit with her teeth. Volkonsky was forced to ‘marry’ Prince Golitsyn; they had to dress as birds, sit in a straw basket outside Anna’s bedroom, and squawk.
Moreover, Anna could shoot a bow very well, which was quite unusual for a Russian woman of that time.
Finding delight in humiliating old nobility, she arranged the marriage of old Prince Golitsyn with one of her maids. Anna dressed them as clowns, and had them spend their wedding night naked in a specially constructed ice palace during the exceptionally harsh winter of 1739–40.
Tsaritsa Anna supported Russia’s emerging interest in ballet. The first public performance of the Russian ballet took place in 1735 and was staged for Anna by Jean-Baptiste Lande.
Soon after, ballet presentations became fashionable. Opera was also introduced to Russia during Anna’s reign, when an Italian composer Francesco Araja was invited to St. Petersburg to be a director of the new opera company.

On October 5, 1740 Anna had dinner with Biron. Suddenly she fell unconscious. Russian Tsaritsa died of kidney disease on October 17 at the age of 47. She was buried in the Peter and Paul’s Cathedral in St. Petersburg.

The events of the XVIII century are of interest not only for historians, but also for filmmakers. More than once the biography of Empress Anna became the basis of the plot of historical documentary or feature films. In the 80s in the films Ballade about Bering and his friends, The Demidovs, Mikhailo Lomonosov, the role of Anna was performed by actresses Nonna Mordyukova, Lydia Fedoseyeva-Shukshina, Maria Politseymako.
In the TV series Secrets of Palace Coups: Russia, the XVIII century, which was released in the early 2000s, Anna was played by Nina Ruslanova, and in 2008 her role was performed by Inna Churikova.
Source 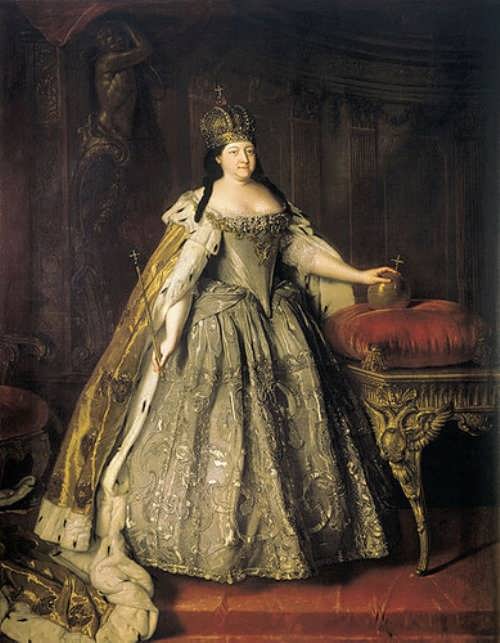 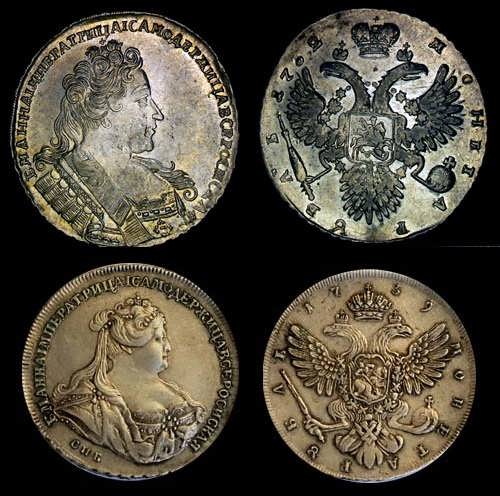 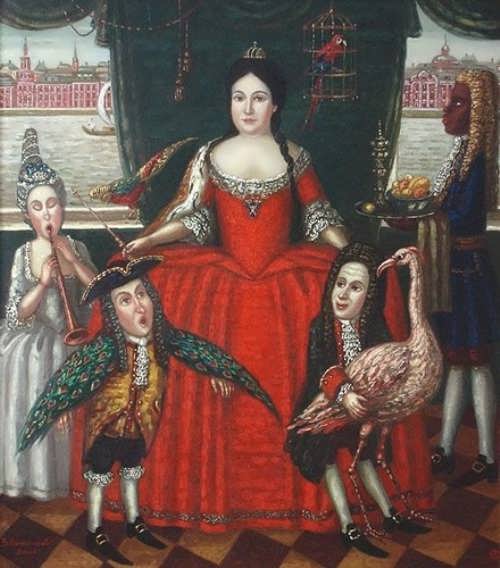 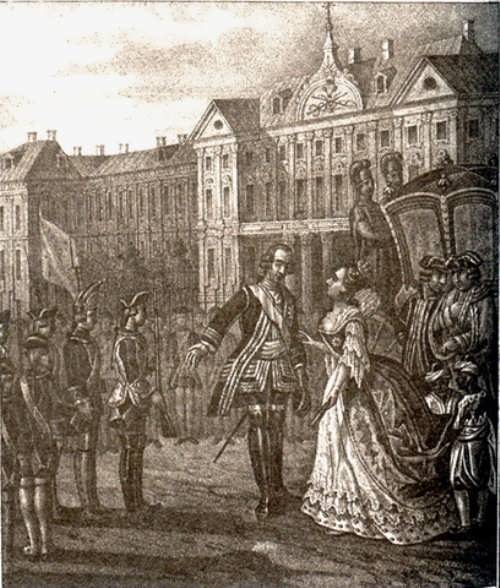 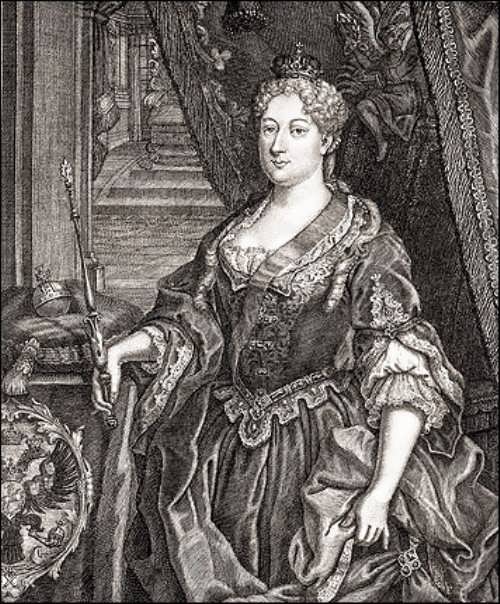 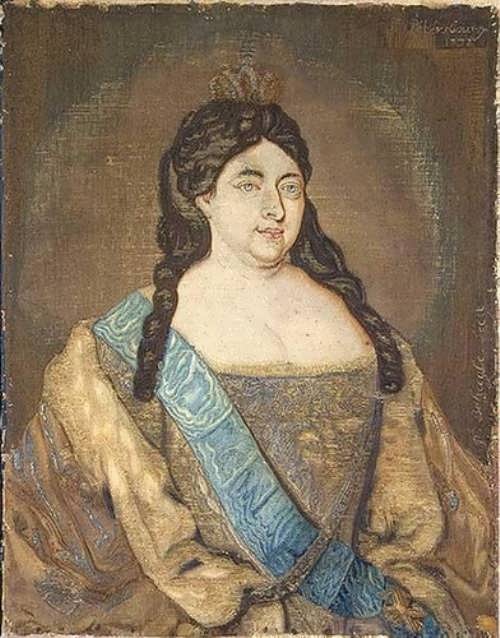 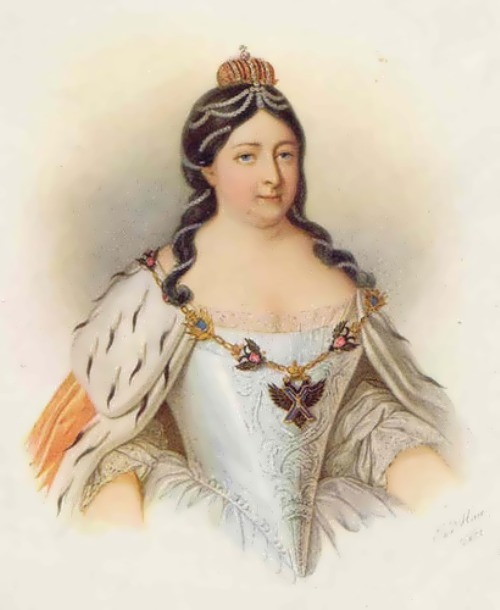 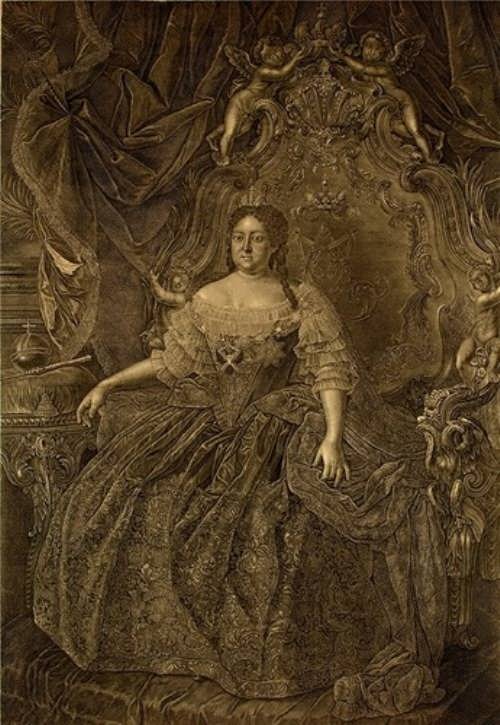 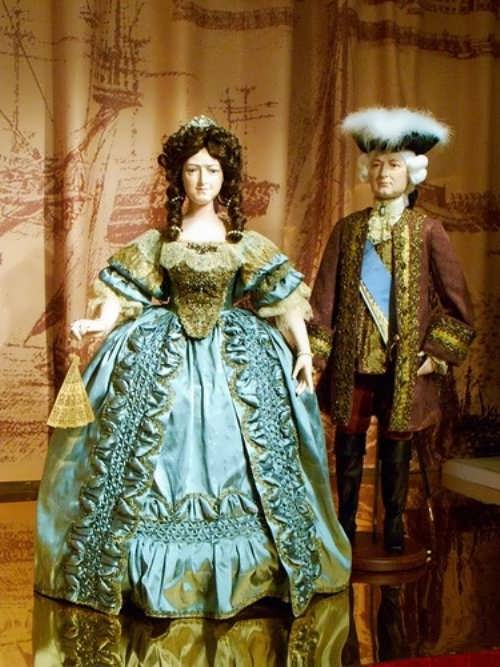 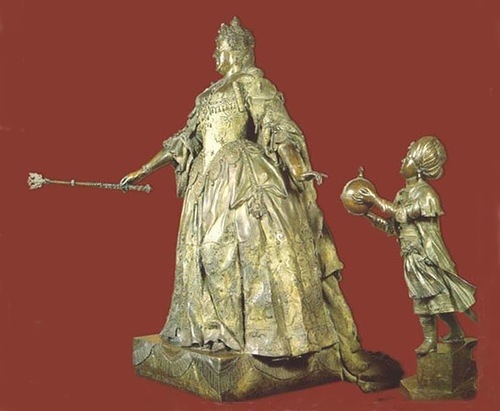 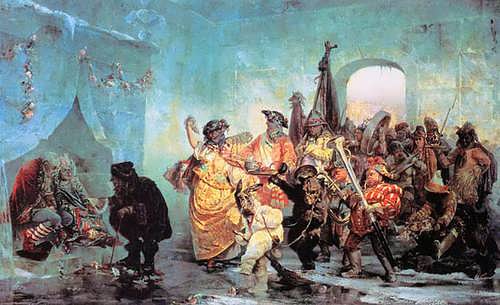 Valery Jacobi. Wedding at the House of Ice, 1878 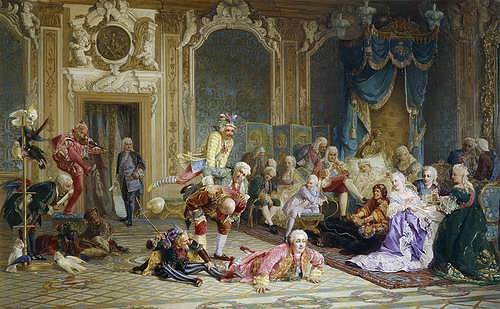