Russian history is full of devotees ready to lay down their lives for their idea. Alexander Herzen (1812-1870) was the first Russian socialist to preach the ideas of equality and brotherhood. And although he did not take direct part in revolutionary activity, he was among those who prepared the ground for its development. One of the leaders of the Westernizers, later he became disillusioned with the ideals of the European way of development of Russia, moved to the opposite camp and became the founder of another movement, populism, significant for our history. The biography of Herzen is closely connected with such figures of the Russian and world revolution as Ogaryov, Belinsky, Proudhon, Garibaldi. Throughout his life he constantly tried to find the best way for equitable organization of society. To tell the truth, Alexander Ivanovich is respected for the passionate love for the people and the selfless service to the chosen ideals.
Alexander was an illegitimate son of the rich landowner Ivan Alekseevich Yakovlev and 16-year-old German girl Henrietta. Due to the fact that officially the marriage was not registered, the father couldn’t give the boy his surname. So he named his son Herzen, which means “child of the heart” in German. The future publicist and writer was brought up in his uncle’s house on Tverskoi Boulevard (now the Gorky Literary Institute). The ideas of the Great French Revolution were constantly hovering in the air of Alexander’s study room. Already at that time, Herzen befriended Ogaryov.

The Decembrist revolt made an unusually strong impression on friends. Books of the French Enlightenment were the daily book of Alexander – he read a lot of Voltaire, Beaumarchais, Kotzebue. Also he was fond of early German romanticism – the works of Goethe and Schiller.
In 1829, Herzen entered the Moscow University, where he studied physics and mathematics. And there he did not part with his childhood friend Ogarev, with whom they soon organized a circle of like-minded people. Well-known writer-historian V. Passek and translator N. Ketcher joined them. At their meetings, the members of the circle discussed the ideas of sensimonizm, the equality of men and women, the destruction of private property – in general, they were the first socialists in Russia.
Education at the university was monotonous. Few teachers could introduce students to the advanced ideas of German philosophy. In 1831, Herzen was involved in the so-called Malov Story, in which famous writer Lermontov also took part. The students expelled professor Malov from the auditorium. As Alexander Ivanovich later recalled, he was a stupid, rude and uneducated professor. His students despised him and openly laughed at him in lectures. So, the students had to spent several days in the punishment cell.
The activity of the friendly circle was quite innocent, but the Imperial Chancellery saw in their beliefs a threat to the tsar’s power. In 1834, all members of this association were arrested and exiled. Herzen was first in Perm, and then he was appointed to serve in Vyatka. There he arranged an exhibition of local works, which gave Zhukovsky an opportunity to solicit his transfer to Vladimir. 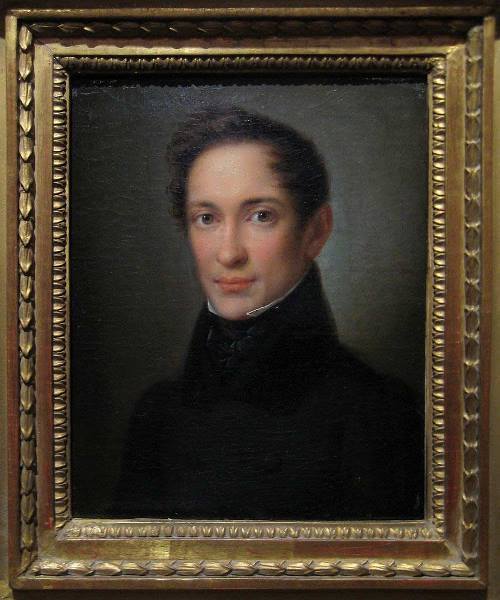 In 1840 Alexander returned to Moscow and joined the literary circle of Belinsky. With the typically Russian enthusiasm and intransigence, members of this circle perceived the ideas of the German philosopher. Later the circle disintegrated into Slavophiles, led by Kirievsky and Khomyakov, and Westernizers, who united around Herzen and Ogaryov. Despite the very opposite views on the further development of Russia, both of them were combined by real patriotism, based not on blind love for Russian statehood, but on sincere belief in the strength and power of the people. As Herzen later wrote, they looked like a two-faced Janus, whose faces were turned in different directions, but they had one heart.
Alexander Ivanovich, whose biography was already full of frequent moves, spent the second half of his life outside of Russia. In 1846, the father of the writer died, leaving a great inheritance to Herzen. As a result, Alexander hat the opportunity to travel around Europe for several years. The trip radically changed the way of his thinking. His friends were shocked when they read the articles of Herzen, published in the journal Otechestvennye Zapiski, entitled Letters from Avenue Marigny, which later became known as Letters from France and Italy. Having witnessed the failure of the revolutions across Europe in 1848-1849, he began to develop a theory of Russian socialism that gave life to a new trend of Russian philosophical thought – Narodism. 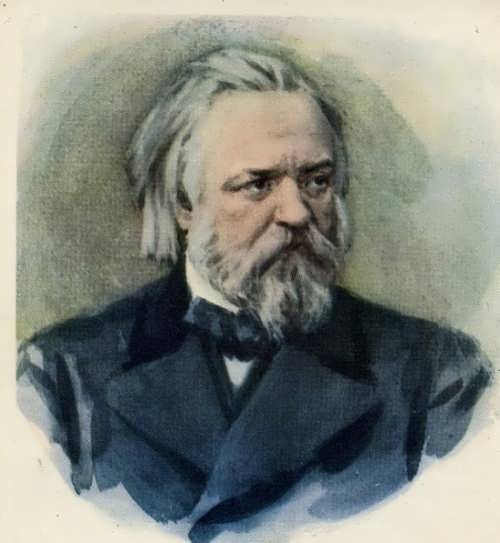 In France, Herzen became friends with Proudhon, with whom he began to publish the newspaper The Voice of the People. After suppressing the radical opposition, he moved to Switzerland, and afterwards to Nice, where he met Garibaldi, the famous fighter for the freedom and independence of the Italian people. The philosophy of the radical reorganization of the social system no longer satisfied the writer, and Herzen finally said goodbye to his liberal beliefs. He believed in the great potential of the Slavic world, which must realize the socialist ideal.
After the death of his wife, Herzen moved to London, where he began to publish his famous newspaper The Bell. The newspaper enjoyed the greatest influence in the period that preceded the abolition of serfdom. Then its circulation began to fall. As a result, Herzen’s ideas were not supported either by the radicals or by the liberals: for the first they were too moderate, and for the latter they were too radical. Then, Alexander and his associates moved to Switzerland.
Herzen died of pneumonia in 1870 in Paris, where he came for family business.

Personal life
In 1839, Herzen married his cousin, Natalia Zakharyina. In Paris Natalia fell in love with Georg Herwegh, Herzen’s friend. Unfortunately, in 1852, Natalia and their newborn son died.
In 1857, Natalia Ogareva-Tuchkova, the wife of his friend Nikolai Ogarev, became his second wife. Natalia gave birth to their daughter Lisa, who committed suicide because of unrequited love. You know, Dostoevsky wrote about the suicide in his essay Two Suicides. 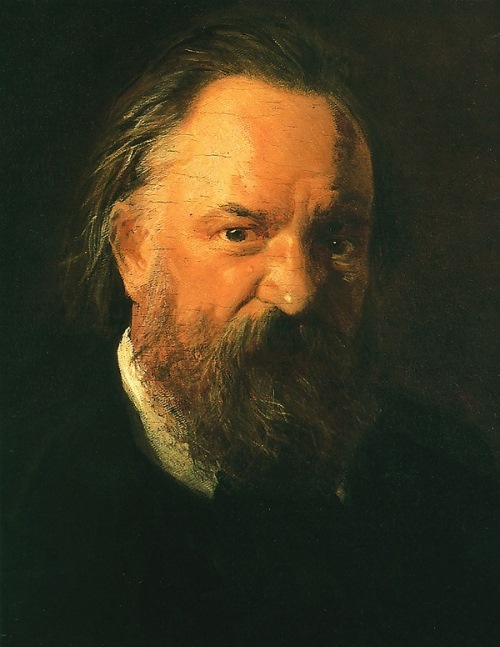 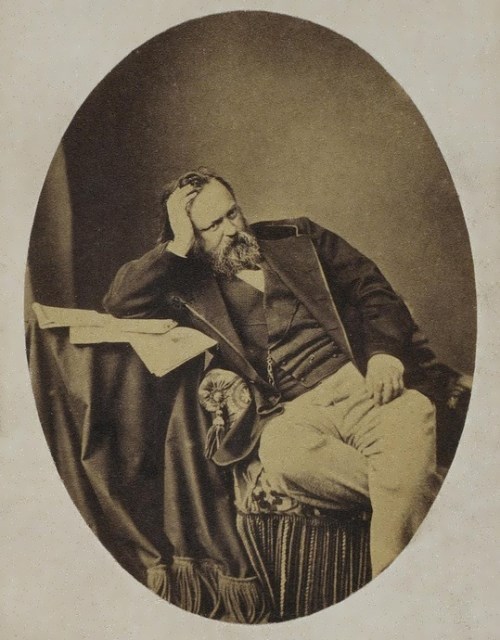 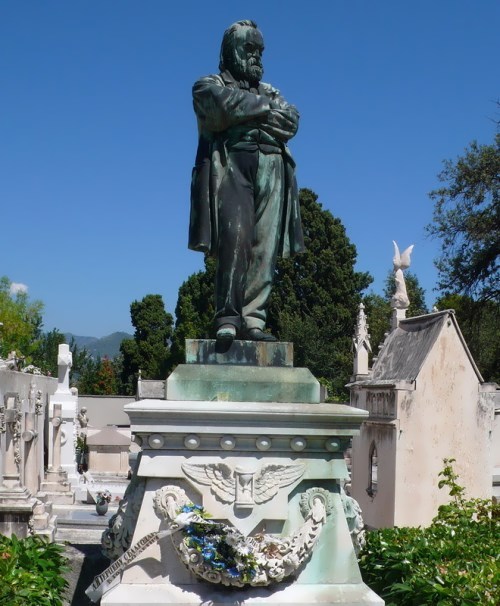 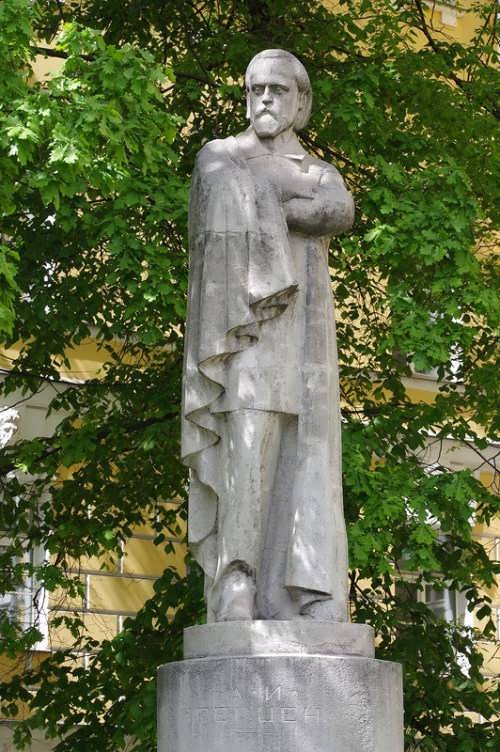 Monument to Alexander Herzen in the Moscow University