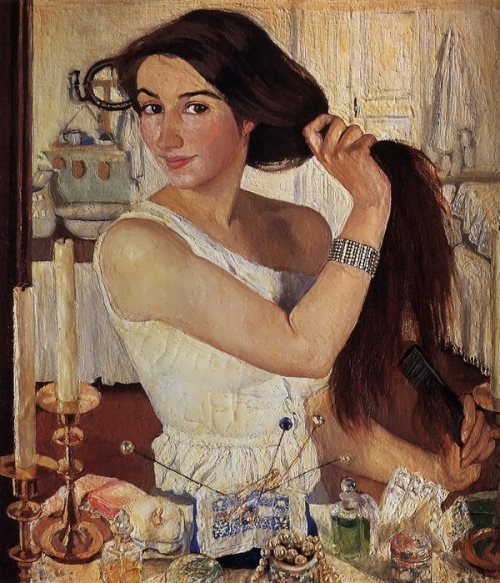 Zinaida Serebryakova. Self-portrait At the Dressing-Table, 1909

Zinaida Serebryakova, a Russian artist who became famous for her self-portrait in the early 20th century, lived a long and eventful life. To tell the truth, she spent most of her life in Paris.
Pretty girl was born on December 12, 1884 into the famous art family Benoit-Lansere, that became known for several generations of sculptors, artists, architects and composers. Zinaida spent her childhood in a beautiful creative atmosphere in the circle of a large family. The family lived in Petersburg, and for the summer they always moved to the Neskuchnoe estate near Kharkov. The girl studied painting privately at first with Princess Tenishcheva in St. Petersburg, then portraitist Osip Braz became her teacher. Later, she continued her education in Italy and France.
On her return from Paris, the artist joined the World of Art society, uniting artists of those times, later named the Silver Age. The first success came to her in 1910, after showing the self-portrait At the Dressing-Table (1909). You know, the picture was immediately bought by Pavel Tretyakov for the gallery.

Boris Serebryakov was her cousin, they loved each other and dreamed of getting married. However, they couldn’t be together for a long time because of the church disagreement on closely related marriages. And only in 1905, after an agreement with the local priest (for 300 rubles), relatives could arrange a wedding for them.
The interests of the newlyweds were completely opposite: Boris was preparing to become a railway engineer, loved risk and even went to practice in Manchuria during the Russo-Japanese War, and Zinaida was fond of painting. Anyway, they had very tender and strong love relations, bright plans for their future life. They travelled to Paris together, where the artist continued to study painting at the Academie de la Grande Chaumiere, and Boris studied at the High School of Bridges and Roads.
When they returned to Neskuchnoe, the artist actively worked on landscapes and portraits, and Boris continued his education at the Institute of Railways. They had four children: two sons and two daughters. During those years, many works were dedicated to her children, which reflected all the joys of motherhood and growing up of babies.
The artist also painted portraits of her husband, made sketches of life in Neskuchnoe, drew local peasant women. The local people loved the Serebryakovs very much, they respected them for their ability to manage their households and, therefore, they posed with pleasure for the pictures of the artist. 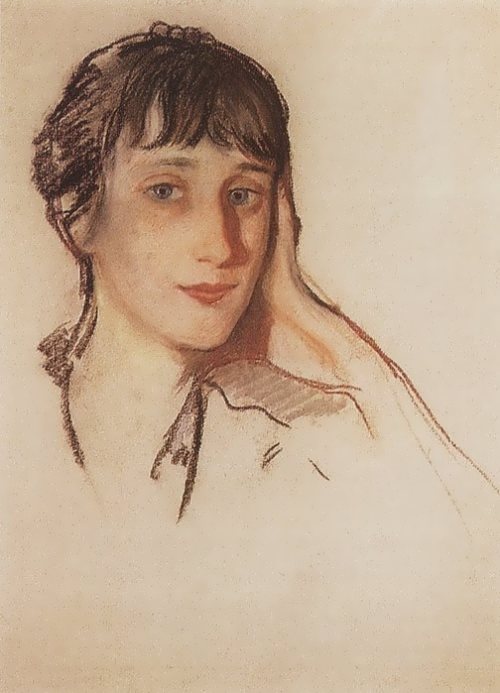 The revolution of 1917 also reached Neskuchnoe, bringing fire and destruction. The Serebryakovs’ estate was burned by the fighters of the revolution, but the artist herself and her children managed to leave it with the help of local peasants. They moved to Kharkov. Boris in those months worked as a road specialist first in Siberia, then in Moscow. Not getting any news from her husband, Zinaida greatly worried and went to look for him, leaving the children with her mother. However, after their reunion on the road, Boris contracted typhus and died in the arms of his loving wife. Zinaida remained alone with four children and her elderly mother in Kharkov. She earned money in the archaeological museum, making sketches of prehistoric skulls.
The picture House of Cards was painted several months after the death of her husband, and became the most tragic of her works. Serebryakova herself perceived the name of the painting as a metaphor for her own life. 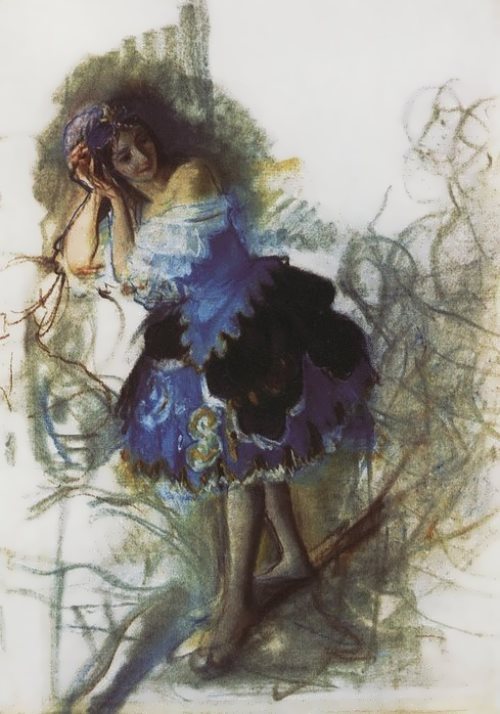 In Kharkov, there was neither money nor orders for painting, so the artist decided to move to Petrograd, closer to relatives and cultural life. She was invited to work in the Petrograd department of museums as professor at the Academy of Arts, and in December 1920 the whole family already lived in Petrograd. However, she refused to teach in order to work in her workshop. Serebryakova painted portraits, views of Tsarskoe Selo and Gatchina. Unfortunately, in the northern capital there was also a famine. Rare customers helped Zinaida feed and raise children, her daughter Tanya began studying choreography at the Mariinsky Theater.
Young ballerinas constantly visited her house and posed for the artist. Thus, a whole series of ballet paintings and compositions were created. In 1924, several paintings by Zinaida were sold at the exhibition of Russian art in America. So, Zinaida decided to leave for Paris to earn money. However, the creative life there was unsuccessful: at first there was no workshop, and there were not enough orders. You know, life in Paris turned out to be a turning point, after which she could never return to her homeland, and she would see her two children only 36 years later, almost before her death. The brightest period of life in France was when her daughter Katia arrived there, and together they visit the small cities of France and Switzerland, making sketches, landscapes, portraits of local peasants (1926). 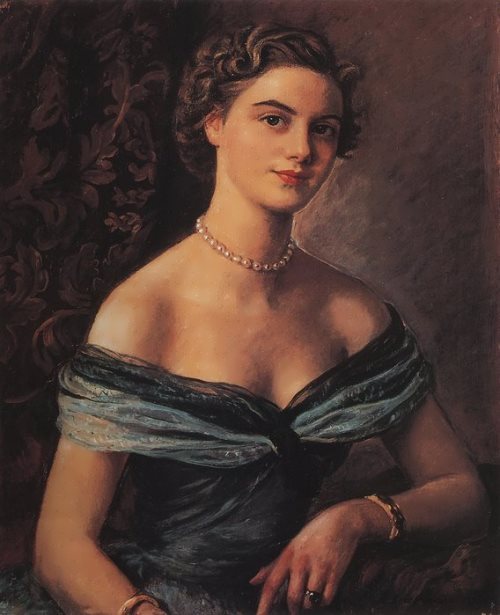 In 1928, after painting a series of portraits for a Belgian businessman, Zinaida and Ekaterina Serebryakova went on a trip to Morocco. Struck by the beauty of the East, Serebryakova did a series of sketches and works, drawing eastern streets and local residents. Returning to Paris, she arranged an exhibition of Moroccan works, collecting a huge number of enthusiastic reviews, but could earn nothing. All friends noted her impracticality and inability to sell her work. In 1932, Zinaida traveled to Morocco again. Her son Alexander, who also became an artist, was able to visit her in those years.
Two children of the artist, Evgeni and Tatiana, left in Russia with the grandmother, lived very poorly and hungry. In 1933, Zinaida’s mother died, unable to withstand hunger and deprivation. Evgeni became an architect, and Tatyana became an artist in the theater. For many years they dreamed of meeting their mother, constantly communicating with her. In the 1930s, the Soviet government invited Zinaida to return to her homeland, but in those years Serebryakova worked in Belgium, and then the Second World War began. After the war, she was very ill and did not dare to move. Only in 1960 Tatiana was able to come to Paris and see her mother, 36 years after the separation. 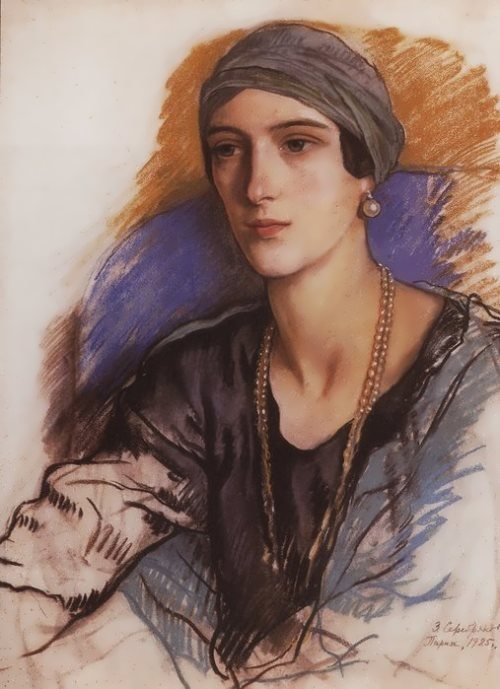 In 1965, during the Khrushchev thaw in the Soviet Union, Serebryakova’s only personal exhibition was held in Moscow, then it was held in Kiev and Leningrad. The artist at that time was 80 years old, and she could not come because of her health, but she was immensely happy that she was remembered at home. Exhibitions were a huge success, reminding everyone of the forgotten great artist.
The artist died on September 19, 1967, at the age of 82. She was buried at the cemetery of Sainte-Genevieve-des-Bois in Paris.
All the children of Zinaida continued their creative traditions and became artists and architects, working in various genres. The youngest daughter Eketerina lived a long life. After the death of her mother, she was actively engaged in exhibition activities and worked in the Fondation Serebriakoff. Ekaterina died at the age of 101 in Paris.
Zinaida Serebryakova was devoted to the traditions of classical art and found her own manner of painting, showing joy and optimism, faith in love and the power of creativity, capturing many wonderful moments of life. 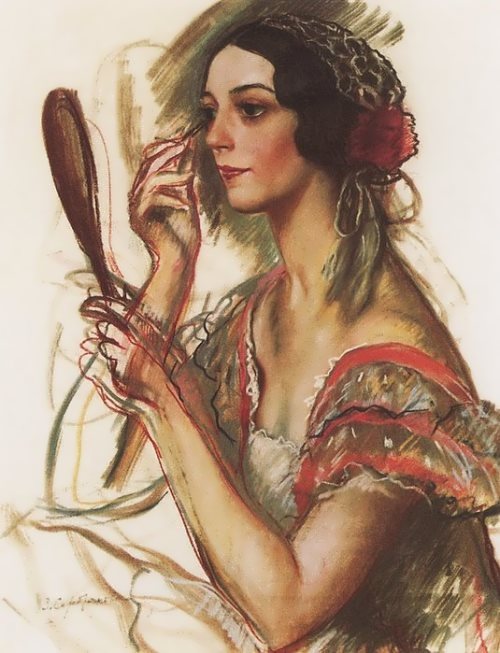 In the dressing room. Portrait of V.K. Ivanova dressed as Spaniard. 1924 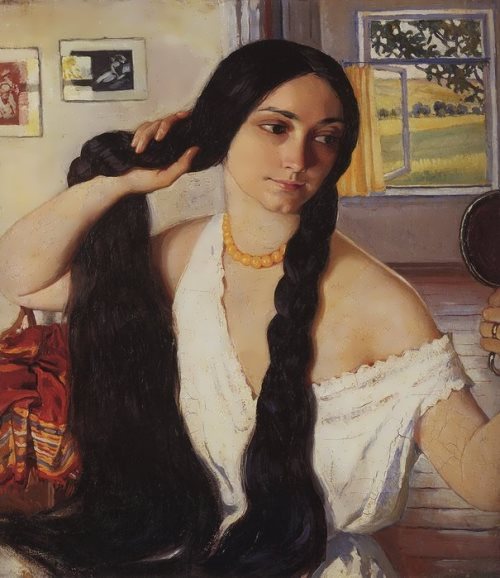 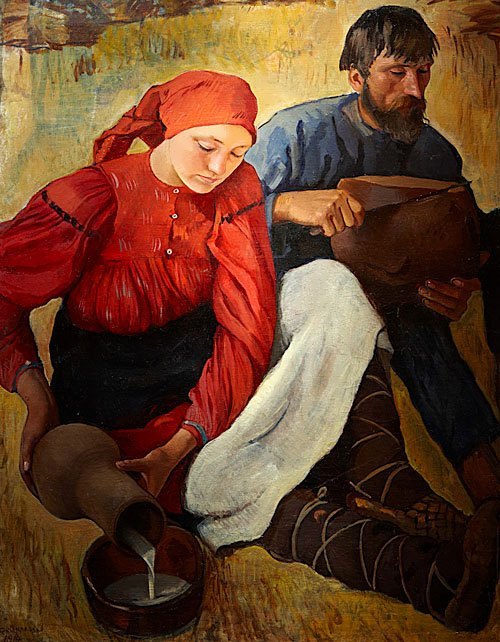 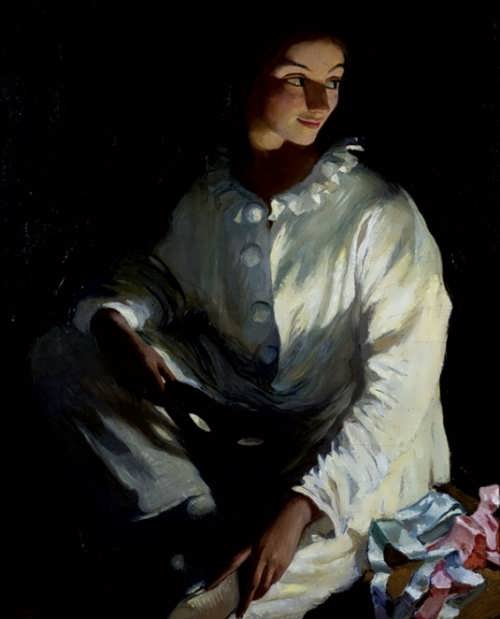 Self-portrait in a costume of Piero 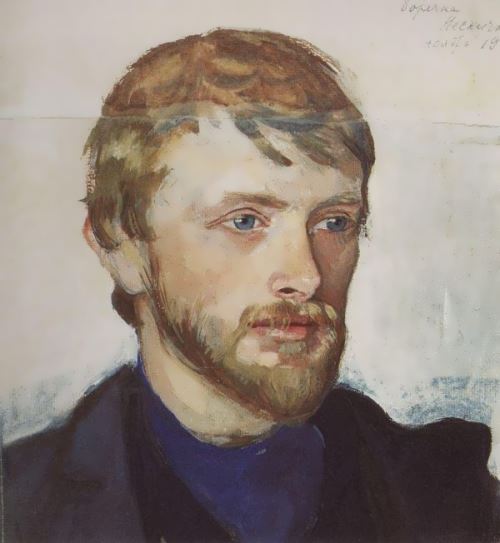 Portrait of B. A. Serebryakov 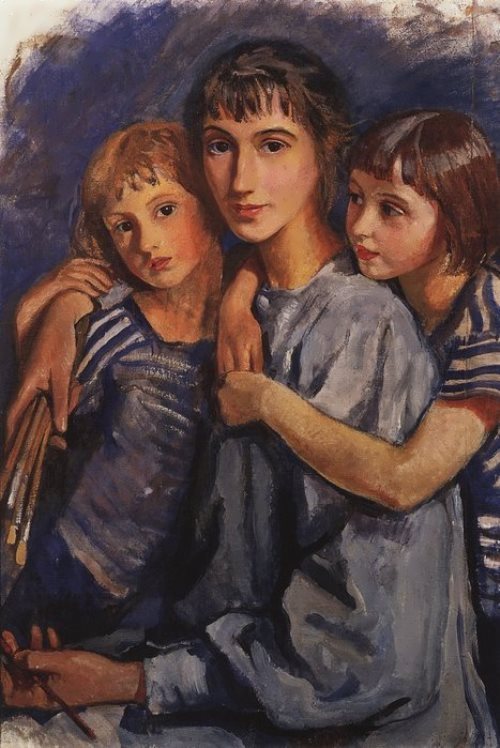 Self-portrait with her daughters, 1921 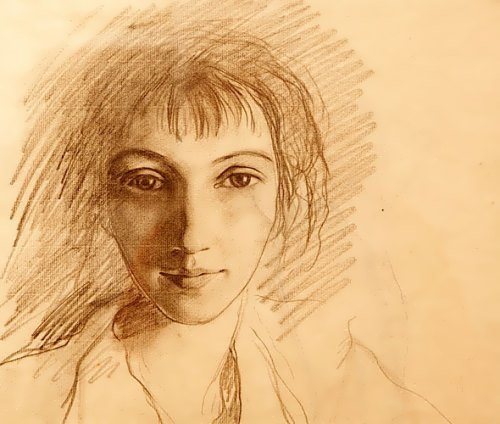 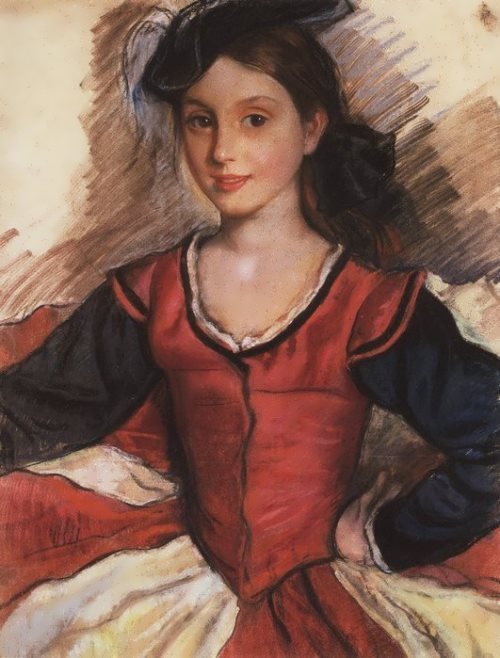