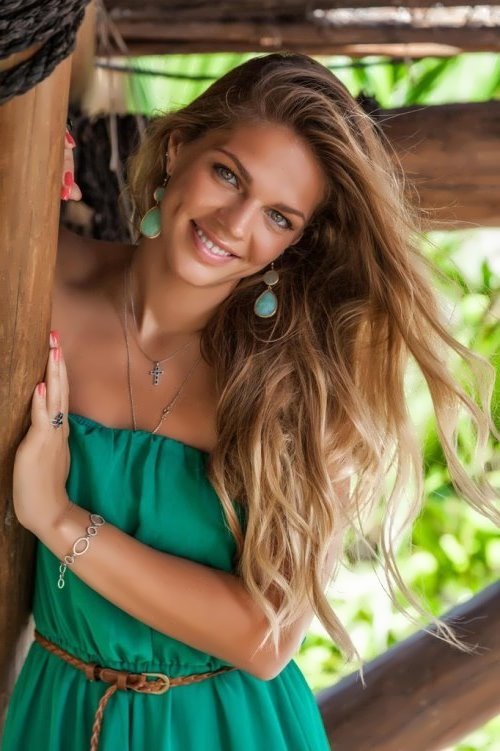 Yulia Efimova is a Russian swimmer, five-time world champion, three-time European champion, Honored Master of Sports. You know, she competed for Russia at the 2008 Beijing Olympics, 2012 London Olympics and 2016 Rio Olympics. By the way, her victory in Rome in 2009 was the first victory in the pool for Russian women’s swimming at the world championships.
Pretty girl was born on April 3, 1992 in Grozny, Chechnya. Her grandparents met there and gave birth to their son Andrei, who became a father of the future champion. Andrei and his family moved from Chechnya, when the war began. Yulia was only two years old when she came to Volgodonsk.
But no matter where Yulia was born and grew up, she would certainly become an athlete, because she was born into a sporty family. Her grandmother cycled and even took part in the national championships, her father worked in the swimming pool and often took the daughter with him. The father became Yulia’s first coach. 13-year-old Yulia moved to Taganrog, where she was trained by the honored coach of Russia Irina Vyatchanina. In March 2011, the swimmer went to the US, where David Salo became her coach.

In 2008, Efimova was recognized as the best swimmer of the country by the All-Russian Swimming Federation and Discovery of the Year.
The first success came to Yulia when she was 15 years old. The girl became a winner of the European championship and set a new record.
At 15th FINA World Championships, which was held in Barcelona (Spain), Efimova won the silver medal and Ruta Meilutyte became a gold medalist.
In early 2014, Yulia was caught in a scandal. Doping analysis showed a positive result. The athlete used drugs, which contained illegal substances, to lose weight. The trial lasted for several months, but the swimmer was disqualified for 18 months and returned to competitive activity only in March 2015.
At the 2015 World Championships in Kazan Yulia won a gold and a bronze medals.
However, in 2016 another forbidden drug, meldonium, was found in the blood of the Russian swimmer. The International Swimming Federation did not allow Yulia to take part in the 2016 Olympics in Brazil.
That time the girl did not calmly look at this fact. Yulia filed a lawsuit and won the dispute. The International Olympic Committee decided that the swimmer from Russia had the right to perform at the Olympic Games in Rio de Janeiro. As a result, Efimova won two silver medals.
Yulia had a love affair with Nikita Lobintsev, a silver medalist of the 2008 Olympic Games in Beijing and a bronze medalist of the 2012 Olympic Games in London. Before Efimova, Lobintsev dated actress Polina Maksimova.
However, Yulia and Nikita broke up in 2016.
Instagram @pryanya93 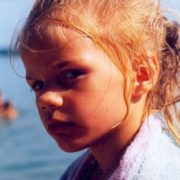 Little Yulia Efimova in her childhood 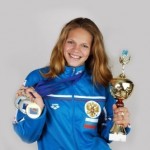 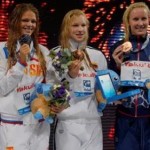 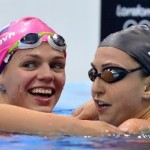 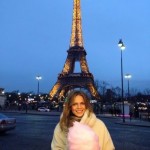 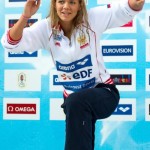 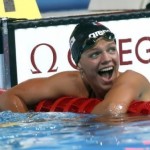 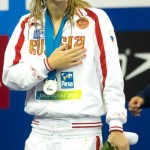 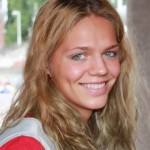 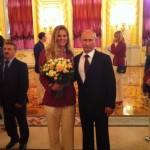 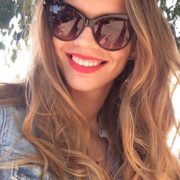 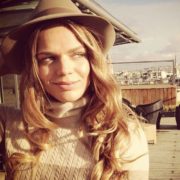 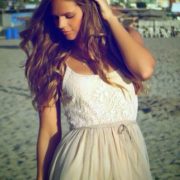 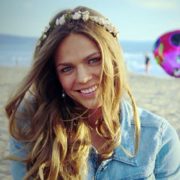 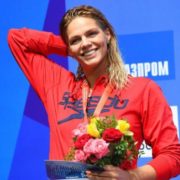 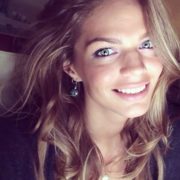 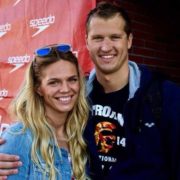 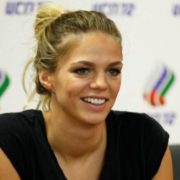