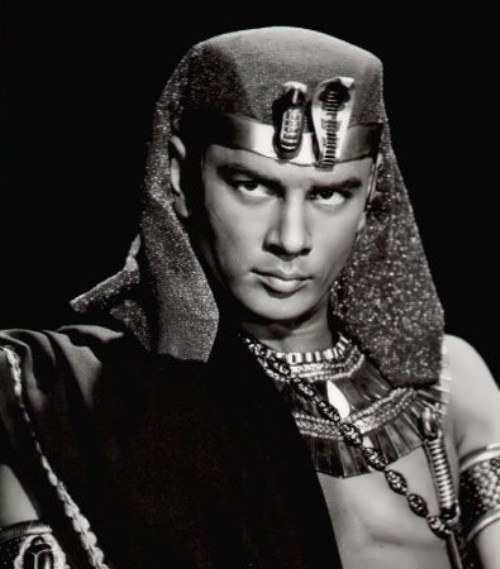 Yul Brynner is an actor who was born in Russia, lived and worked in America, and his parents had Swiss citizenship. Brynner had starred in more than forty films. He was famous throughout the world, talented, rich and handsome.
Julius Briner (his real name) was born on July 11, 1920 in Vladivostok. That year was difficult for his family, as there was a civil war in the country. And four months before the boy’s birth, his grandfather, owner of mines and a transport company, died. Parents named the son in honor of the grandfather.
The first seven years of his life, Julius spent in Vladivostok. When he was 4 years old, his father left the family because of the actress of the Moscow Art Theater.
Brynner’s mother obtained permission from the Soviet authorities to travel abroad and emigrated with children to Harbin (China). Yul studied at the best school, where he showed a musical talent. At the age of 10, he played the guitar and sang. In 1932, when Japan occupied Manchuria, the mother decided to move with her children to Paris.

In 1933 they came to the French capital. Once in the restaurant Hermitage Yul met with the gypsy family Dmitrievich. They sang romances. Soon, 14-year-old Yul joined their team. But cooperation with the ensemble did not last long. Together with gypsy artist Alyosha Dmitrievich Yul recorded musical album The gypsy and I thirty years later in 1967.
Yul worked as a lifeguard on the beach, then performed in the circus for two years. Unfortunately, the boy fell down from the trapezium and multiple fractures put an end to his circus career. During the treatment, he was given opium instead of an anesthetic. So the guy realized that he became addicted. After hospital, he often visited the dock, where he bought drugs from Vietnamese sailors. There he became acquainted with the poet and playwright Jean Cocteau and became interested in drama.
For a year Yul was treated in Switzerland and in 1938 he returned to Paris. The boy never touched drugs again. But a new shock was waiting for him – his mother was diagnosed with leukemia. It was necessary to do something and Brynner decided to treat his mother in Harbin. There he met with his father and his second wife, Ekaterina Kornakova. After the conversations with actress Kornakova the young man fell in love with the theater and the stage. She gave her stepson a letter of recommendation to Mikhail Chekhov, who then lived in America. In 1941, Yul began to study acting under his leadership. In parallel, he worked as a loader, chauffeur, announcer on the Voice of America radio. 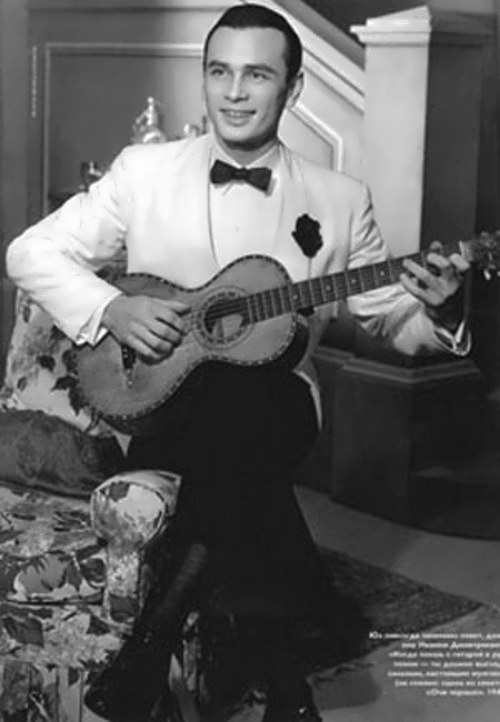 In 1945, Brynner was invited to the Broadway theater to play the lead role in the musical Lute Song.
The young actor got the role of King in the musical The King and I in 1951. He made such a strong impression on the authors and directors of the musical that they made his role the main one. It was a success.
After 25 years he returned to this performance. The King and I was successfully staged in the UK and the USA. In total, it was staged 4633 times. The last performance was on June 30, 1985.
Also the actor played in Odyssey, Furious Songs and others. But they could not repeat the success of The King and I – the audience came to see Yul Brynner alive.
His film debut was in a crime drama Port of New York in 1949. And in 1952 he was offered to star in the cult film The Ten Commandments. Then Brynner starred in the film version of the musical The King and I and the film Anastasia. All three projects were nominated for Oscar, and in the spring of 1957, the actor received the statuette for the role of the King.
Later he starred in The Brothers Karamazov, The Journey, The Buccaneer, and other films. In 1958, the film Solomon and Sheba was released, for which the actor received 1 million dollars. His partner in the film was Gina Lollobrigida.
The following year, Yul began working on his own film The Magnificent Seven. The audience saw it in the autumn of 1960 and it was a success. After that, the actor was not offered any roles in films, so he returned to the theater. 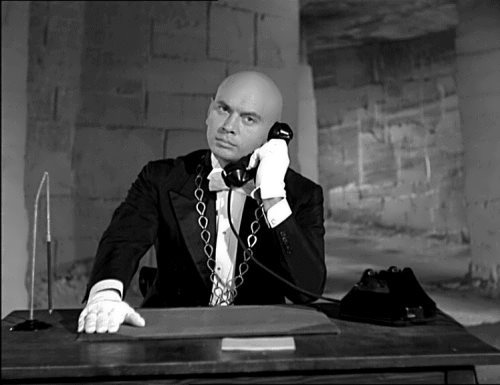 Personal life
Marlene Dietrich was his first woman. He was then 21 years old, and she was 40 years old. He never experienced a lack of female attention. At various times, Brynner had love affairs with Marilyn Monroe, Ingrid Bergman and other actresses. But Marlene was and remained that real woman, whom he remembered for the rest of his life.
On September 6, 1943, Yul married Virginia Gilmore, who helped him learn English. In 1958, his illegitimate daughter was born and the marriage with Virginia broke up.
The actor married for the second time in 1962. Doris Kleiner gave birth to their daughter Victoria, whose godmother was Audrey Hepburn. However, the marriage was short-lived.
Then there were a few more marriages, but they were unsuccessful. In the sixties Yul traveled a lot to the Vietnamese refugee camps. Their fate so struck the actor that he adopted two girls and named them Melody and Mia.
At the age of 63, he married his fourth wife, Kathy Lee, a 24-year-old ballerina. 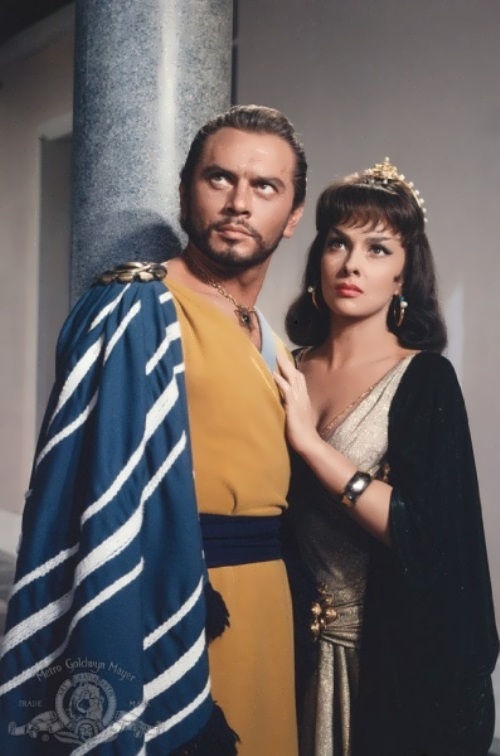 The actor was a heavy smoker – he smoked 3 packs of cigarettes a day. In the spring of 1983, he felt ill and went to the hospital. At that time, he was on tour in San Francisco. Doctors diagnosed inoperable lung cancer. Overcoming the pain, the actor performed on the stage. On October 10, 1985 he died.
Brynner has a star on the Hollywood Walk of Fame.
Source: bryners.ru/film.php 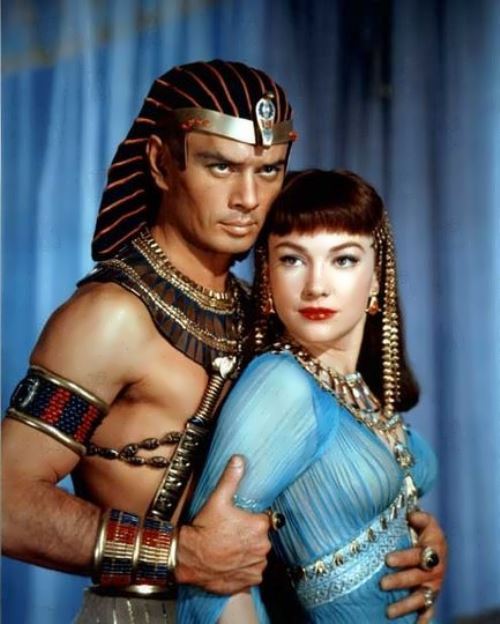 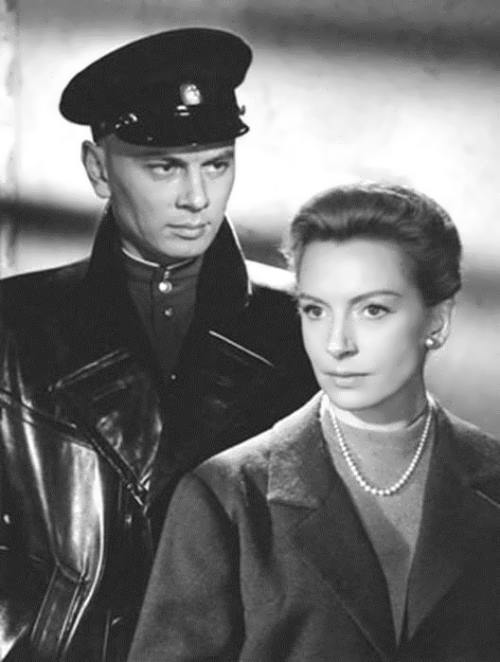 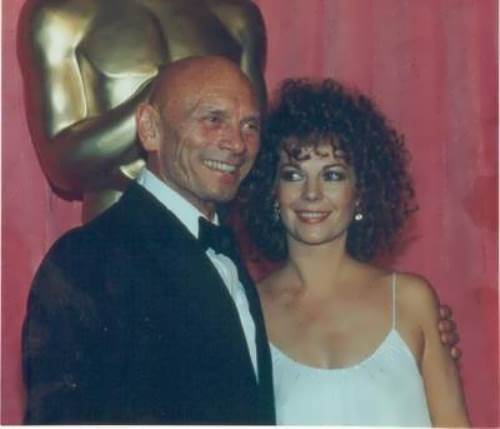 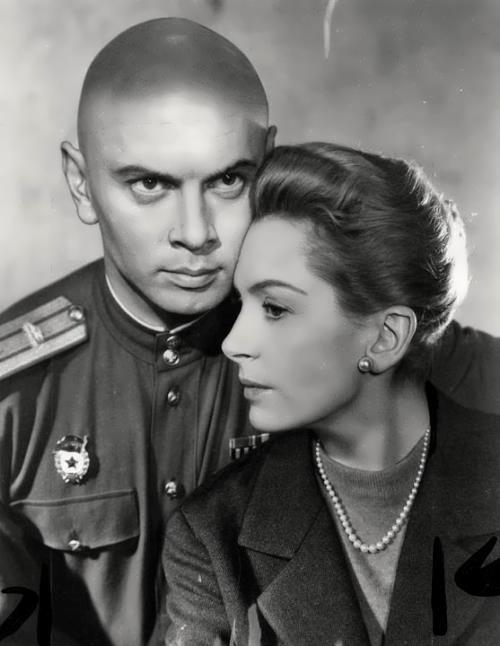 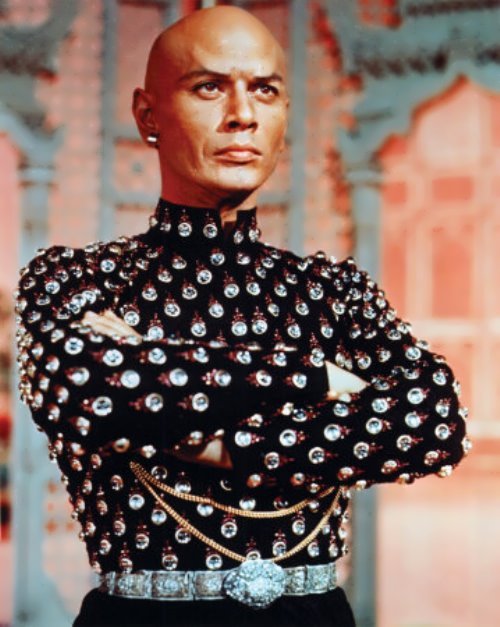 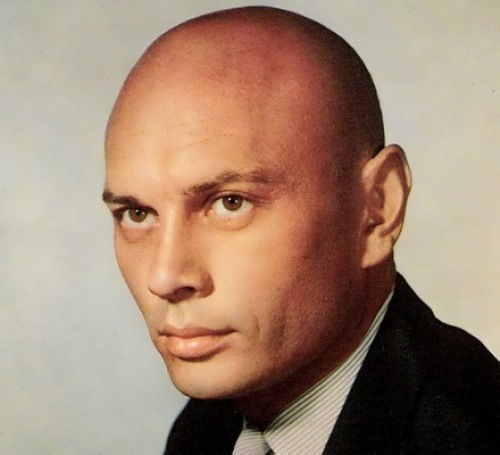 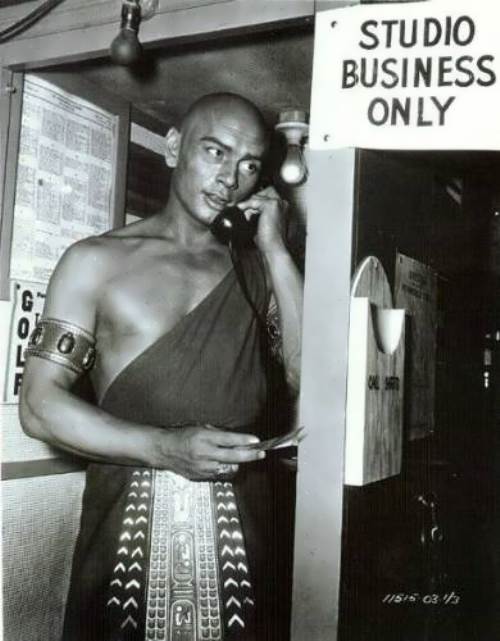 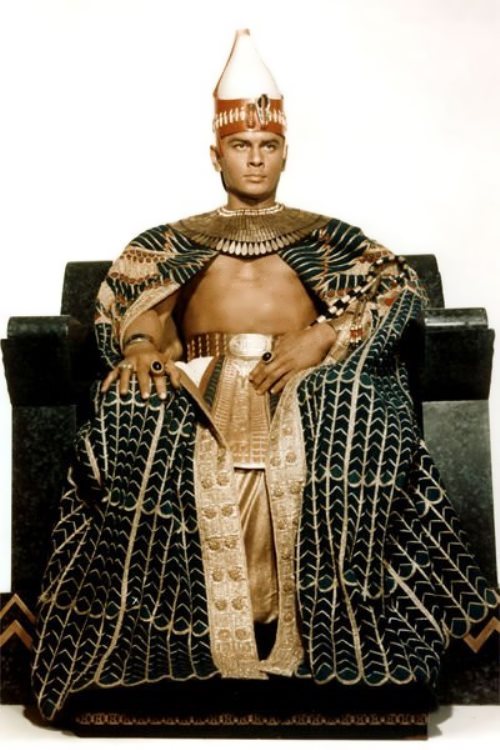 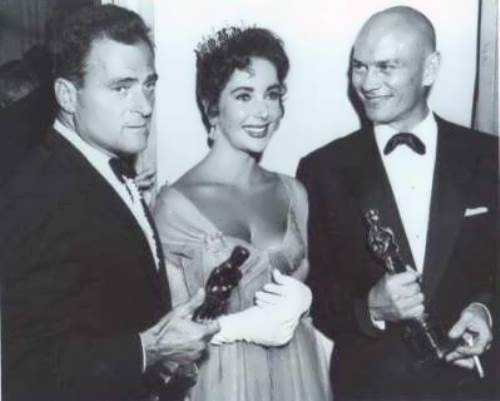 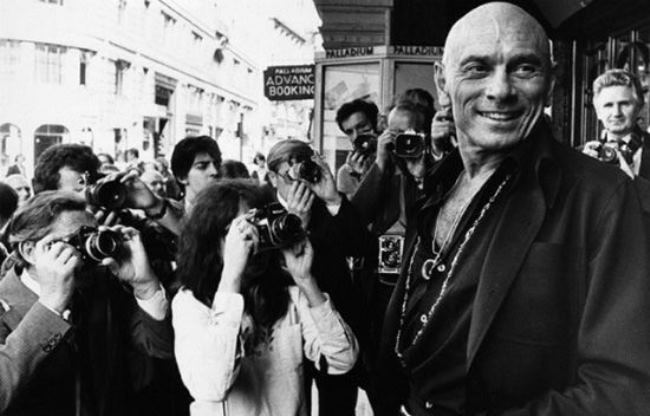 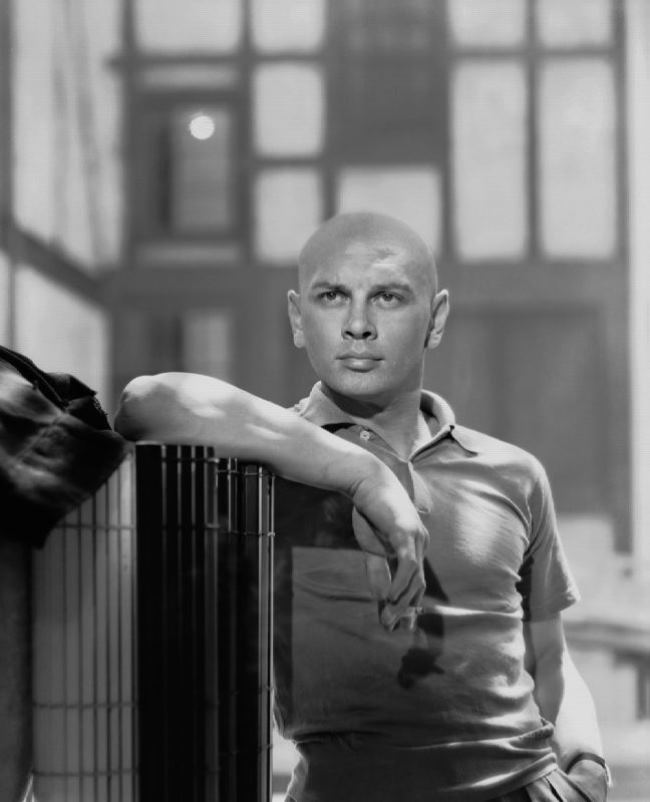 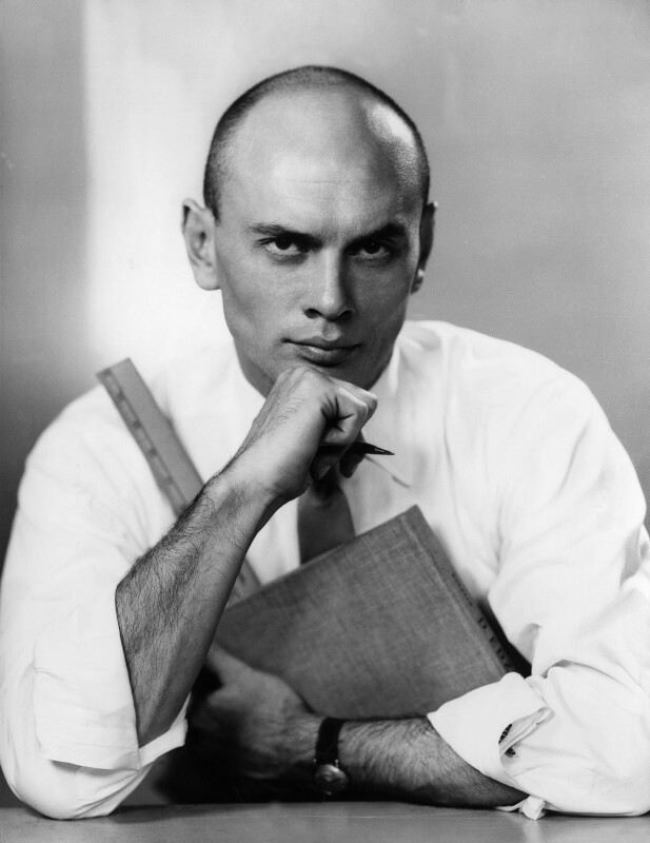 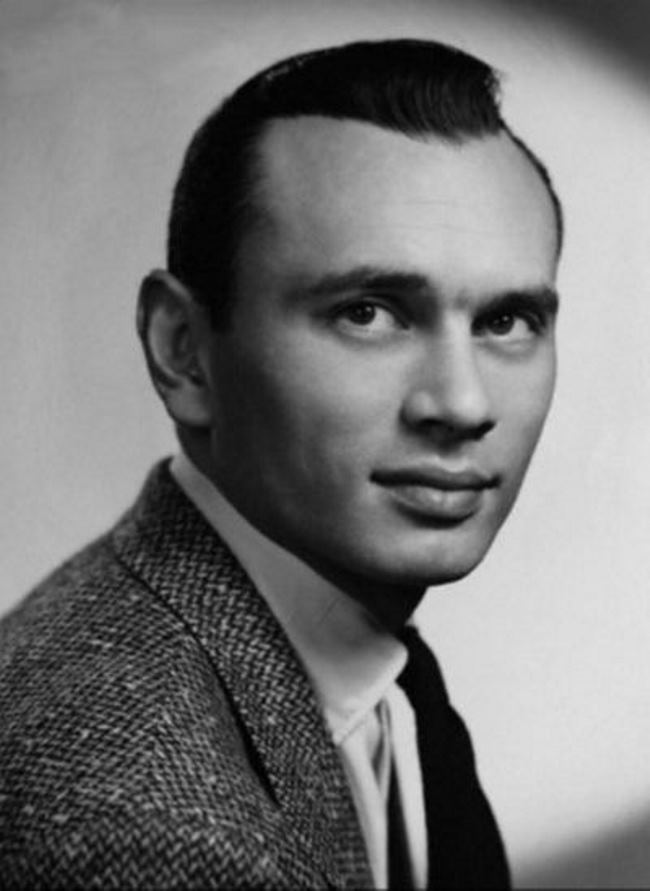 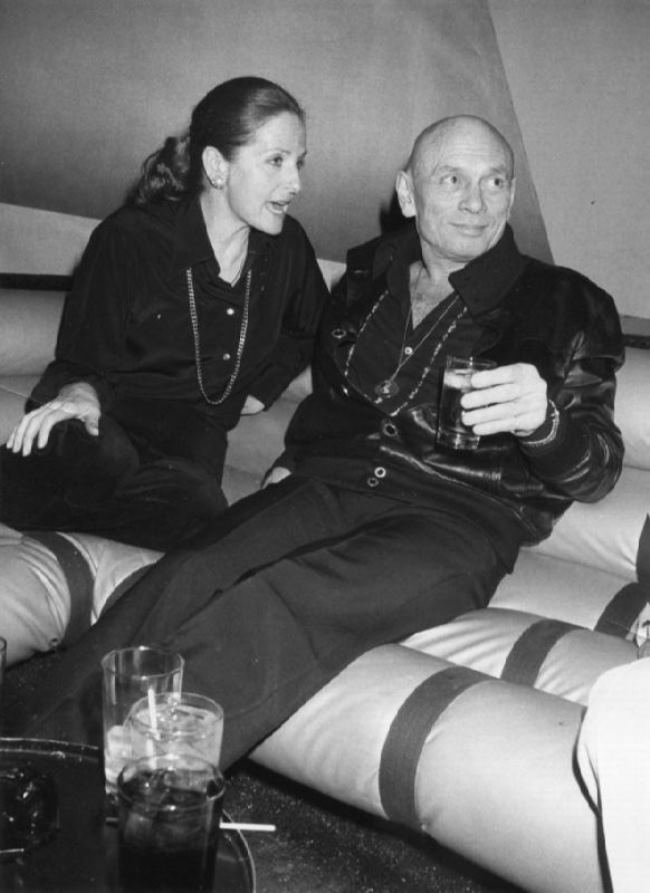 Brynner with his second wife 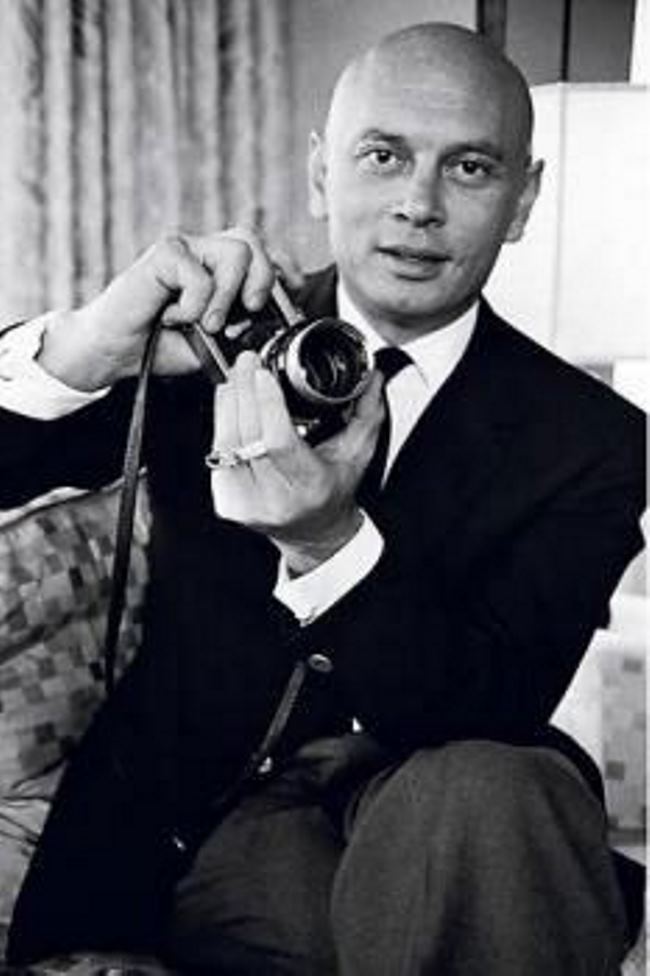 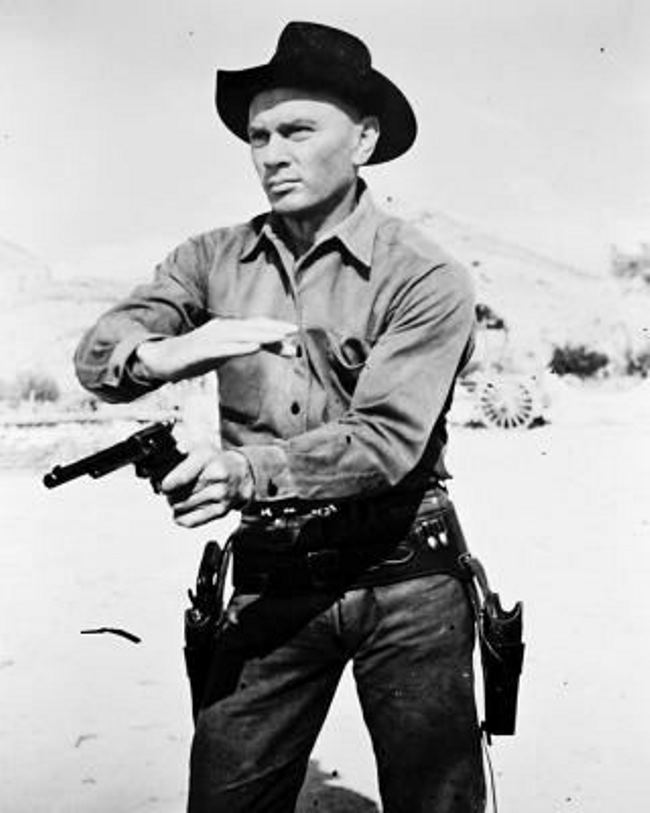 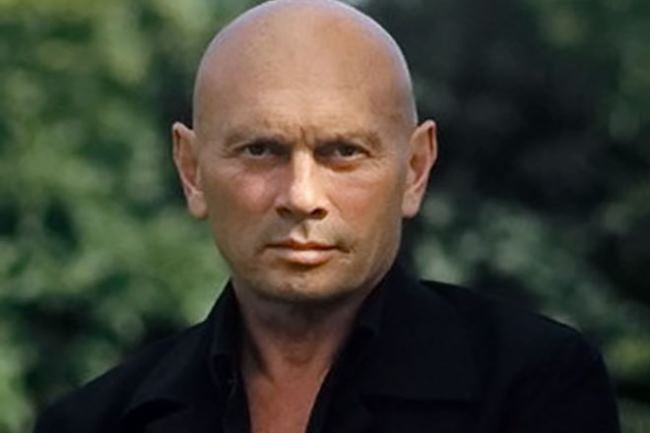 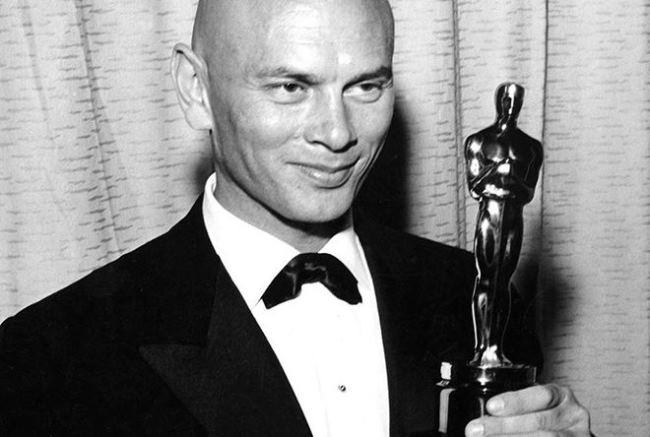 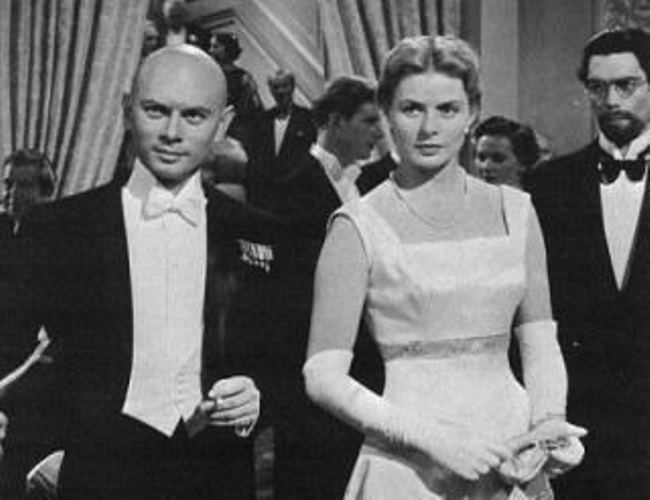 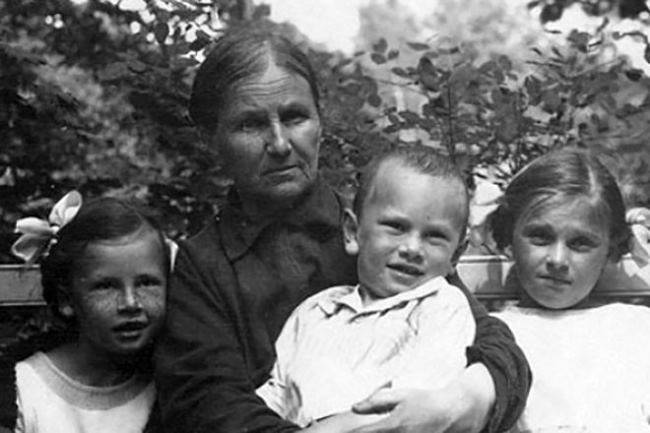 Little Yul with his family 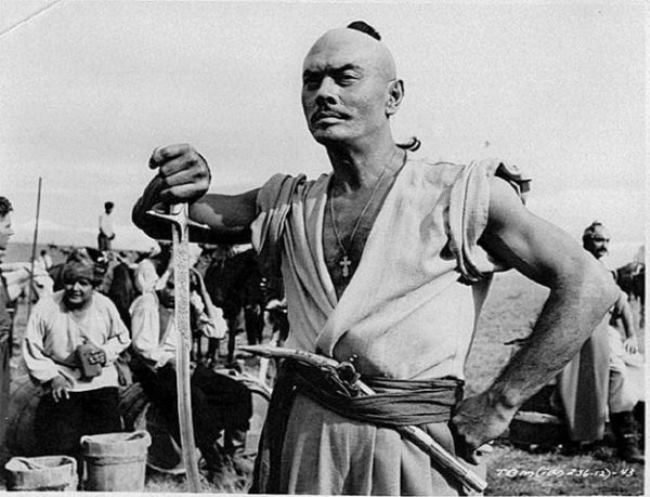 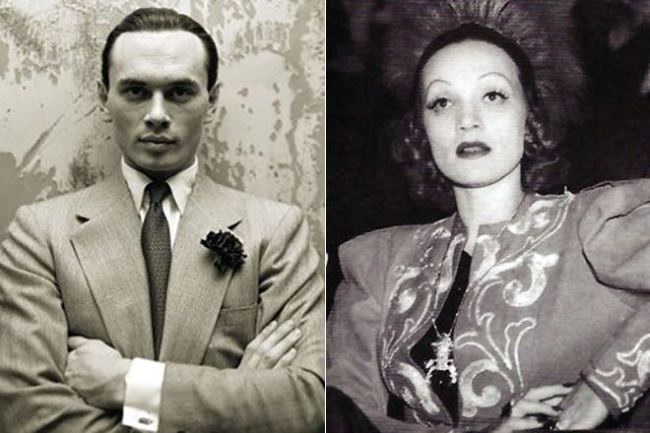 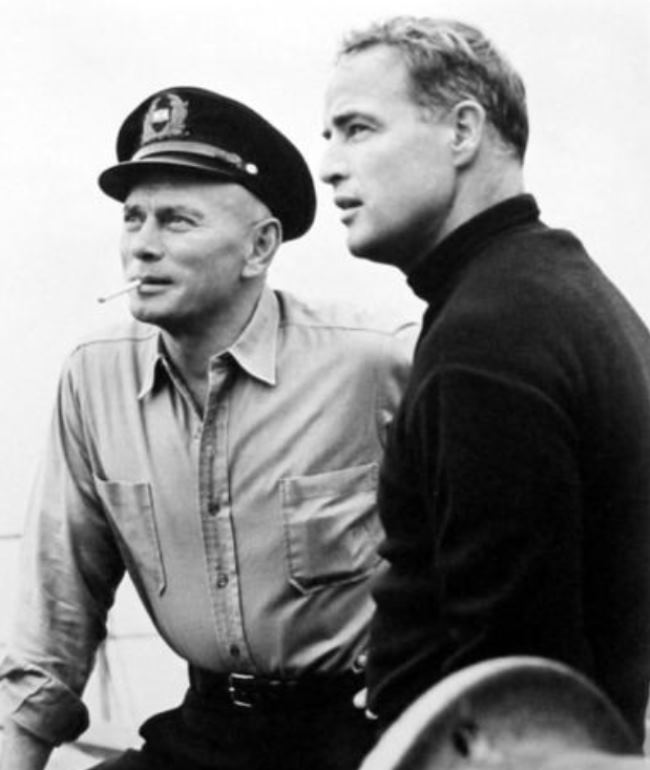 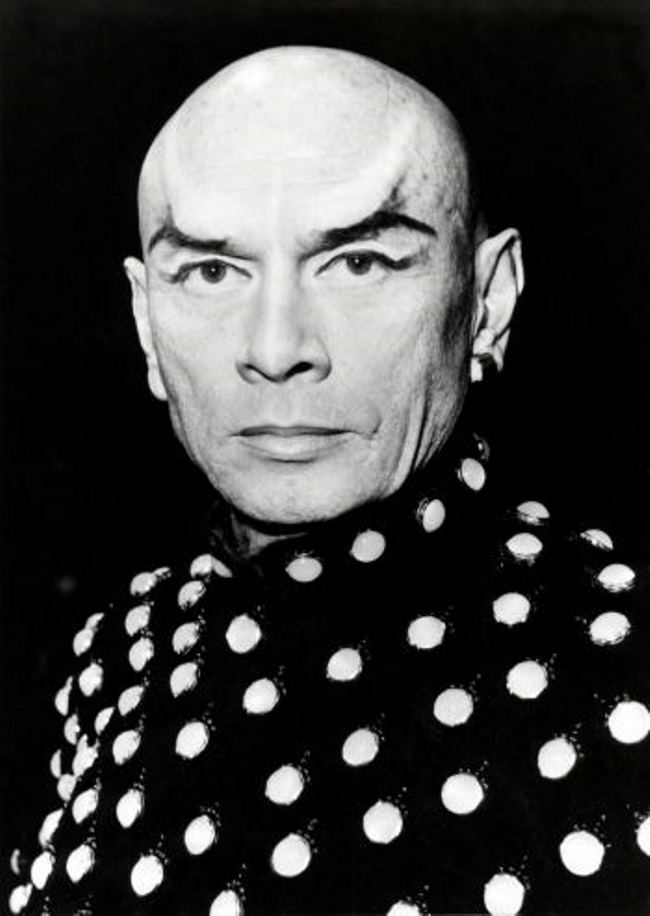 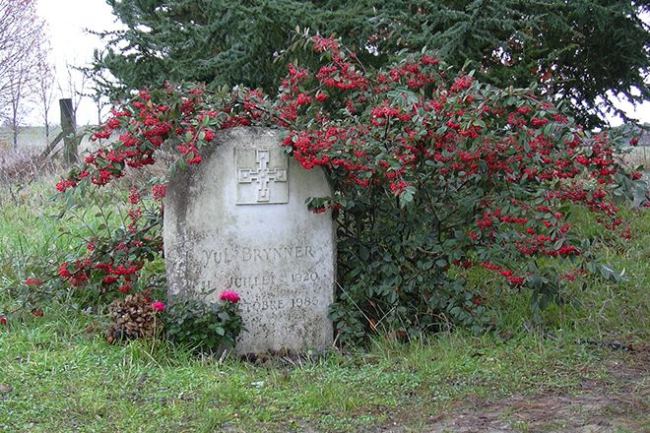 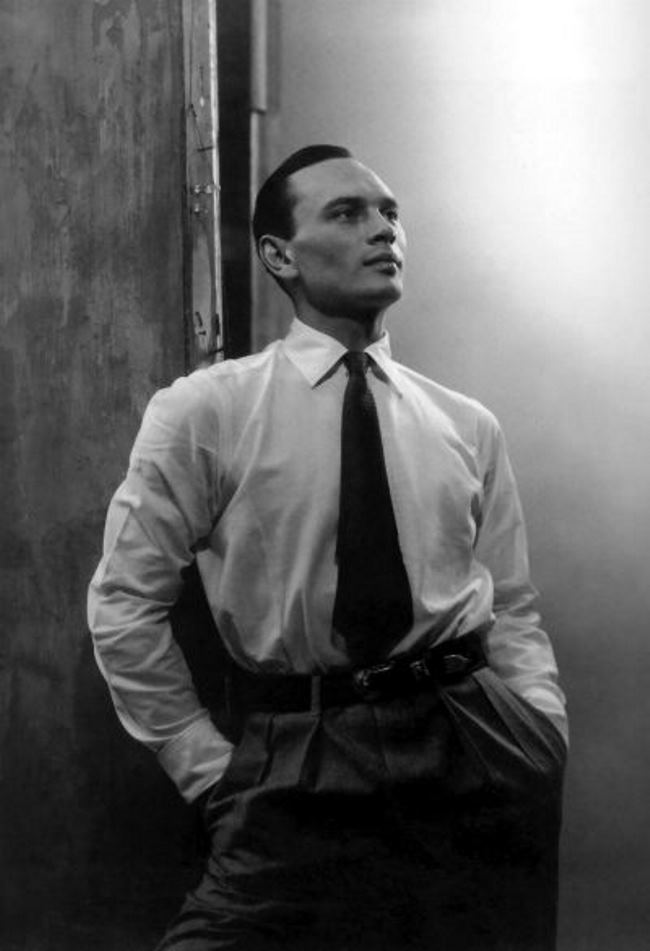