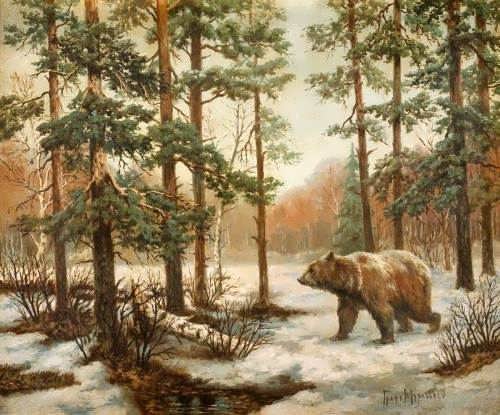 Bear in the forest

Count Vladimir Myravyov (1861 – 1940) was a fashionable landscape painter in the early 20th century in St. Petersburg.
Perhaps he was the only one of the Russian artists who managed to poeticize Russian hunting (As for me, I hate hunters, but his paintings show beautiful nature and awesome animals).
The boy was born into the family of Count Leonid Mikhailovich Muravyov and his second wife Sophia Nikolaevna Orzhitskaya. His brother Nikolai Muravyov was the Russian statesman of the early 20th century.
Vladimir studied at the Academy of Fine Arts, was a member of the St. Petersburg Society of Artists and the Society of Russian watercolors. Muravyov took an active part in the academic exhibitions, his works were published in many pre-revolutionary periodicals. The personal exhibition was held in 1893. Since 1922 he worked in the Drama Theatre.

Painter’s works are in many regional museums, as well as in private collections in Russia and abroad. He signed his pictures as Count Muravyov. 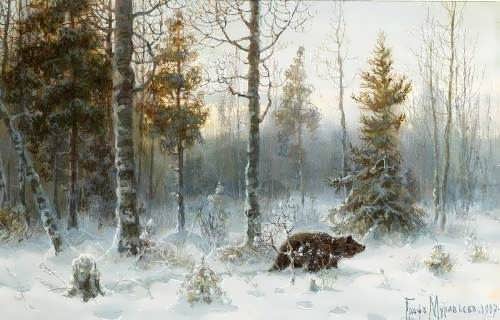 Winter landscape. Bear in the forest. 1907

Vladimir was married to Vera Komissarzhevskaya, great Russian actress of the early twentieth century. She was called Seagull of the Russian Stage and Sun of Russia. At first Vera didn’t want to become an actress: she needed to have a home, a loving man, children … Pretty 19-year-old Vera had a lot of fans but she chose the most brilliant candidate.
Count Muravyov was handsome, charming and talented. The wedding took place in 1883. Vera loved her husband but happiness was broken like glass. Soon after the wedding, it became clear that Vladimir was not created for the family life. Three years later they divorced. Then Vladimir married her sister Nadezhda. They were together for five years and divorced in 1890. Nadezhda gave birth to their son.

In the history of Russian art there are many paintings depicting hunting scenes as aristocratic fun with a lot of hunters, guns, hunting dogs and animal corpses.
To be a true hunter, you need to be able to listen to the forest, to recognize animal tracks, to know their habits. In tracking down the animal a special hunting romance is hidden. Shooting is a cruel prose of life. Muravyov was just a romantic.

After the October Revolution he lived in Rostov-on-Don, suffered from alcoholism. The painter died in 1940.
Source: www.liveinternet.ru 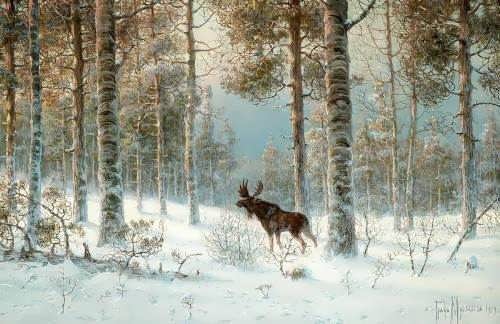 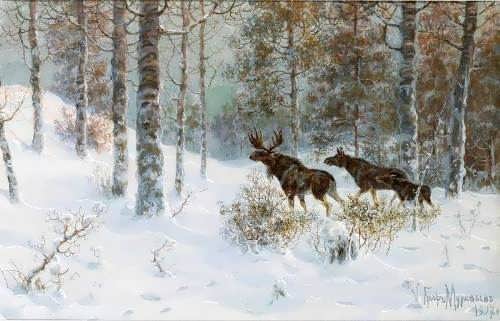 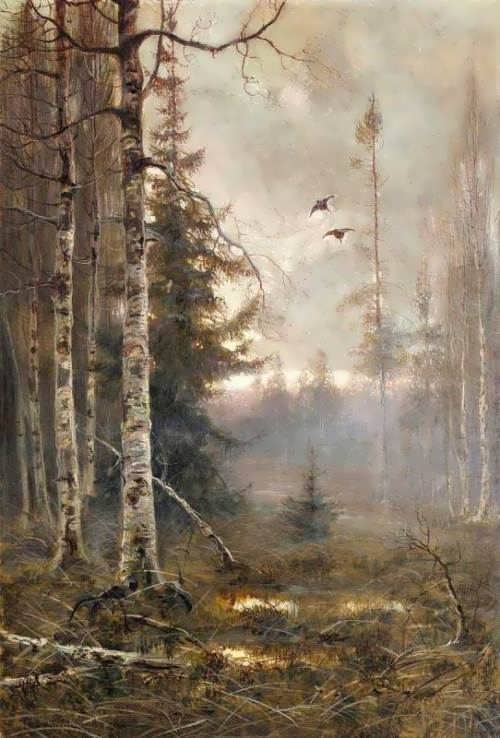 Forest at sunrise with flying ducks 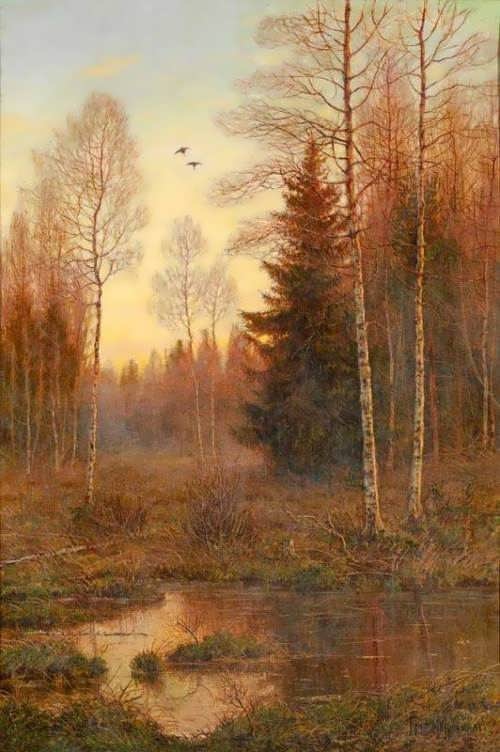 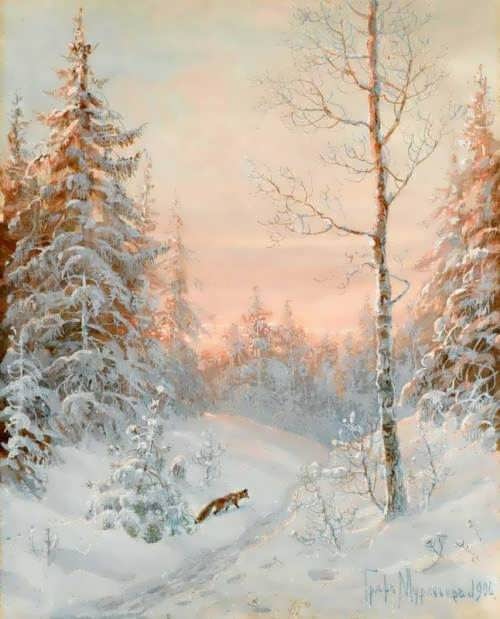 Fox in the snow 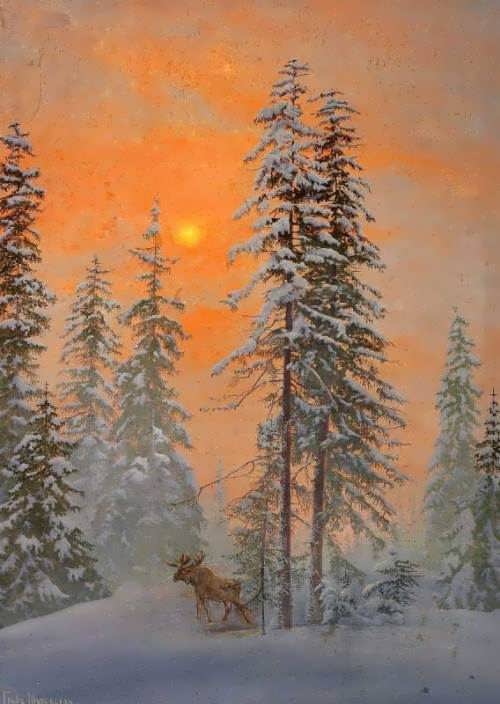 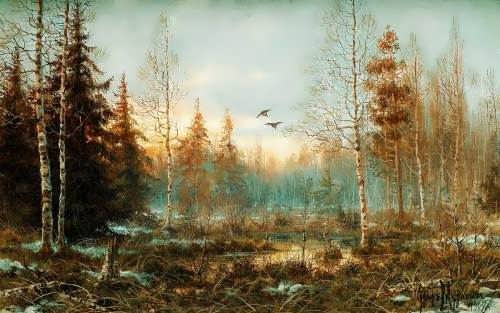 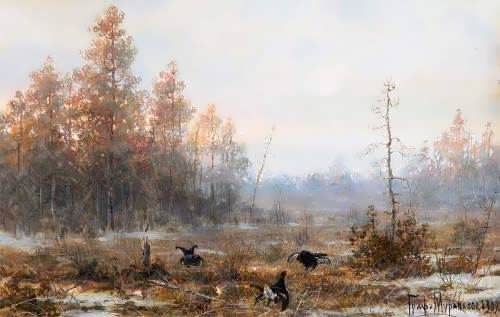 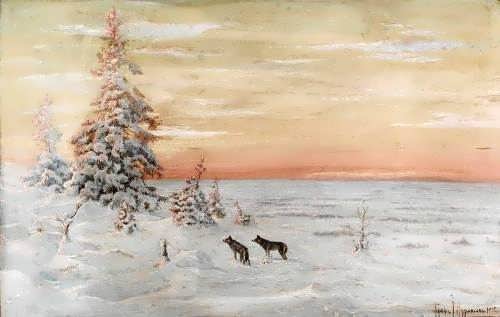 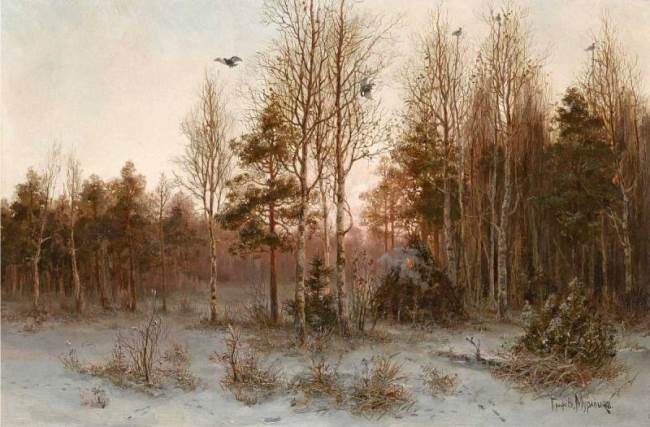 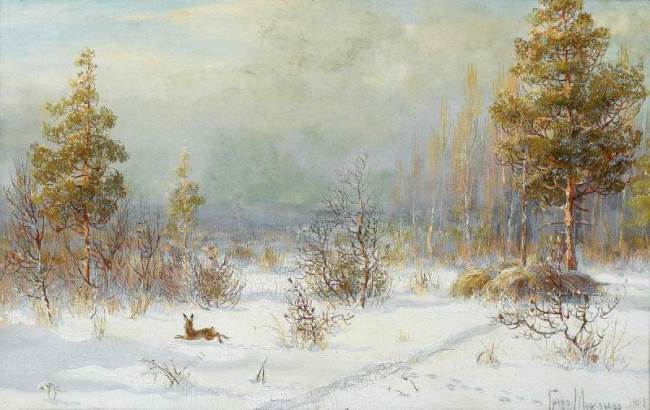 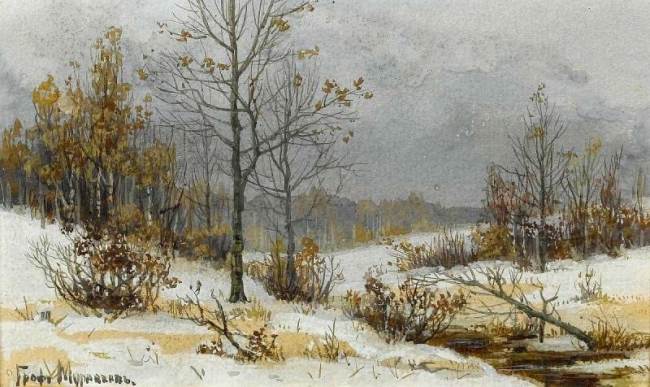 Melting snow in the hollow 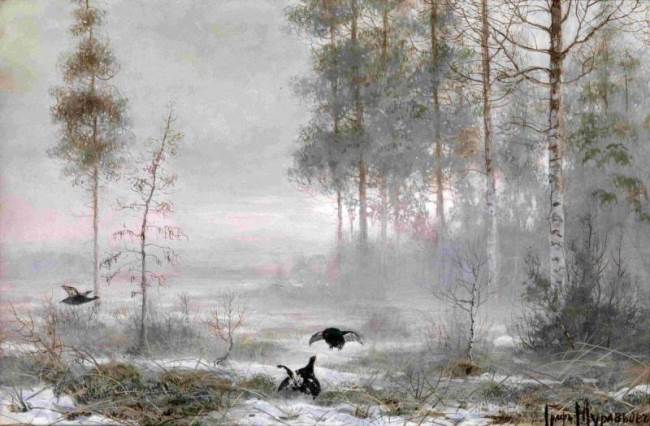 Morning in the forest 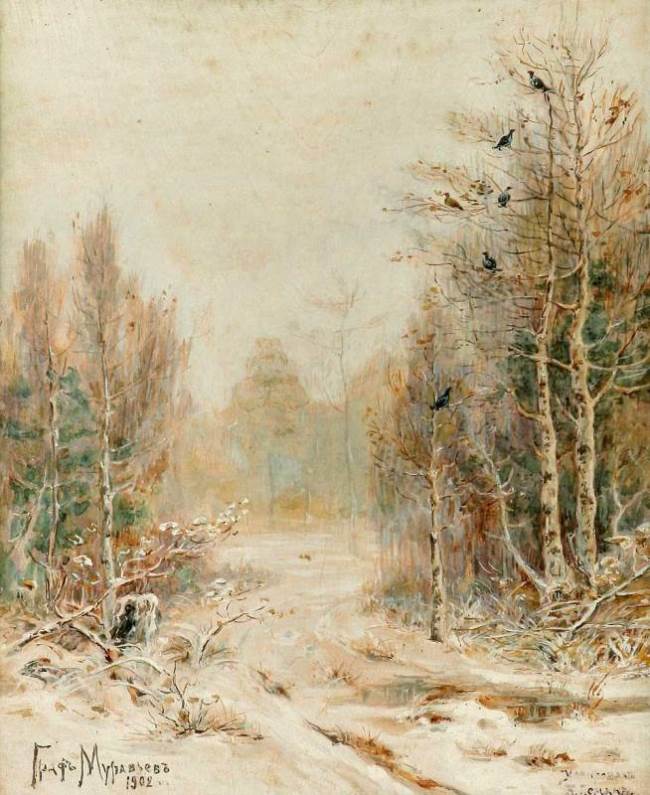 Quiet day in the winter forest