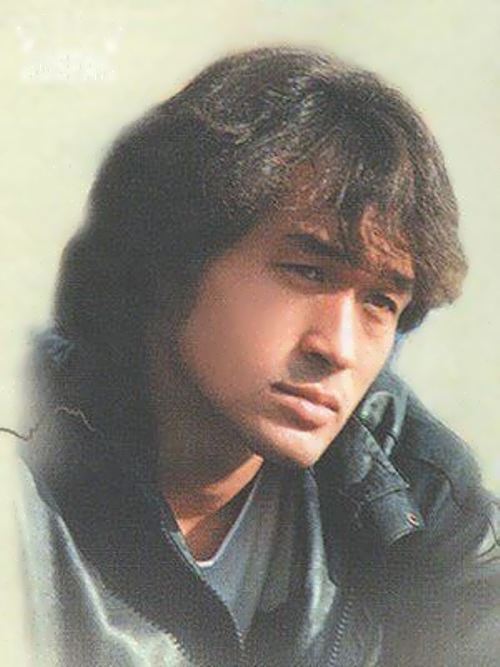 Viktor Tsoi is a phenomenon of national rock music. The leader of the rock group Kino, a musician and film actor, he became the idol of the Perestroika generation. The problems in Tsoi’s songs still continue to worry young minds. He was the voice of the people, a symbol of the era of Russian rock, the wind of change. By the way, he was one of the pioneers of Russian rock and had many devoted fans.
The boy was born on June 21, 1962 in Leningrad. The father of musician Robert Tsoi worked as an engineer, and his mother Valentina Vasilievna taught physical education at school. His grandfather was born in Korea.
In his childhood the boy liked to draw and studied in an art school. Later he became interested in music and even formed his first group Palata No. 6 with his comrades.
After the ninth grade, Tsoi decided to continue his studies at the Leningrad Art College named after Serov to become a designer. But most of the time the young man devoted to music and was expelled from the art college for poor progress.

Later Viktor worked at a plant, and then studied in the Art Restoration Professional Lyceum # 61, where he mastered the profession of a woodcarver. In particular, the musician often carved Chinese Netsuke figures from wood.
Nevertheless, all the interests were not the main goal for Viktor. He realized that he would like to devote his life to music.
At the age of 17, Viktor began to write songs. In the 1970s – 1980s, rock was an underground movement limited mostly to Leningrad, rock music was not popular with the government. Tsoi went to underground concerts of Leningrad rock musicians. After Boris Grebenshchikov’s solo concert Viktor played two of his own songs to him. Boris was very impressed by his talent and took him under his wing. It was the beginning of Tsoi’s rock music career. 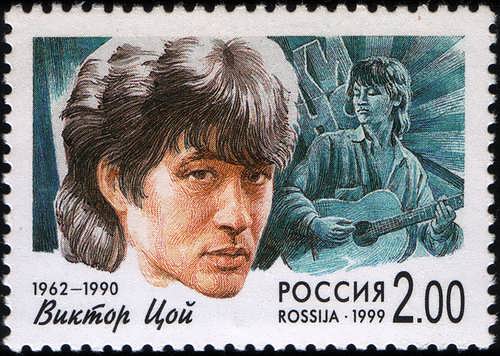 In late 1981, Viktor together with Alexei Rybin and Oleg Valinsky, created a rock band Garin and Hyperboloid, but a few months later the collective was renamed Kino. The newly created band with the assistance of Boris Grebenshchikov and the musicians of his group Aquarium, recorded the first album 45.
The next album The Head of Kamchatka was recorded in 1984. In the same year, the group Kino was the laureate at the second Leningrad rock festival, becoming a real sensation for listeners.
The following year, the group Kino repeated its deafening success, and the musicians decided to record the album Night. However, work on the album was delayed, and instead of it Kino recorded album This Is Not Love.
In 1986, the group released the album Night and gave a concert at the Moscow festival. The albums of the group became more and more popular, and new music videos were watched by millions of people throughout the Soviet Union.
After the release of the 7th album Blood Type (Gruppa Krovi) in 1988 their popularity spread outside the USSR.
They gave concerts in France, Denmark and Italy, and their photos appeared on the covers of famous music magazines. A year later, Kino released the first professional studio album The Star Called Sun. The best songs from the album made Tsoi and the group Kino immortal, and the composition Pack of Cigarettes became a hit for younger generation of the former USSR states.
In 1989, Kino gave concerts in France and the USA.
The last concert of Viktor Tsoi and his group took place at the Luzhniki Olympic Complex in Moscow in June 1990. 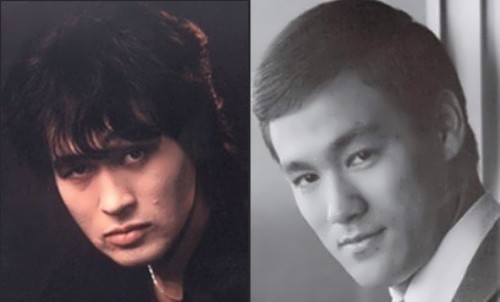 Actually, Tsoi’s film debut as an actor was in a kind of musical movie almanac The End of Vacations directed by young Kiev director Alexei Uchitel. The huge popularity of Kino led to the fact that Viktor was invited to play in films. Talented singer starred in fourteen films.
This is the famous film Assa by filmmaker Vladimir Solovyov, filled with a tart feeling of “the beginning of the end”, characteristic of the years of perestroika. And in the dramatic thriller Igla (Needle) the leader of Kino played the main role.
According to the annual poll by Soviet Screen magazine Tsoi was named the best actor in 1989 for his role in the film Igla.
Even though Viktor was a huge star, he still lived an ordinary life, worked in the boiler room of an apartment building. This made Tsoi even more popular among the people because he was down to earth.
In 1990 62,000 fans filled the stands of the Luzhniki Stadium to celebrate the triumph of the USSR’s most successful rock group. 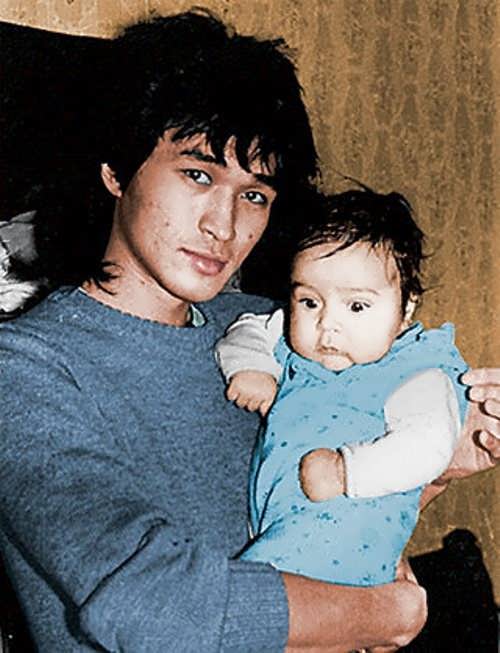 Famous Victor Tsoi and his son

After the death of the musician many monuments in different countries around the world were erected. One of the main sculptures, which depicts the rock singer sitting on a motorcycle, is in St. Petersburg on Nevsky Prospekt, opposite the cinema Aurora.
On the 35th km of the Sloka-Talsi highway, where there was a deadly accident, a monument was also erected. As a basis, the sculptor chose one of the most popular photos of the musician with his arms crossed.
Sculptor Amiran Khabelashvili and artist Ruslan Vereshchagin, who created the monument, decided to fix forever Tsoi’s famous lines about death and love from the song Legend: “Death is worth Living, And Love is worth waiting for…”

In 1990, after the news of the legendary singer’s death, Tsoi Wall appeared. In Moscow, admirers of Tsoi’s songs painted the wall of the house No. 37 on Arbat Street. Later the wall of memory became one of the main attractions of the Russian capital.

In 2000 some of the nation’s top rock bands came together and released their interpretations of Kino’s best songs as a tribute to Tsoi on what would have been his 38th birthday. Even though he is gone, Viktor still lives in the minds of many Russian youths.
Tsoi is the last hero of rock!
On June 21, 2012, Google commemorated Tsoi’s 50th birthday with a Google Doodle reminiscent of the Tsoi Wall. 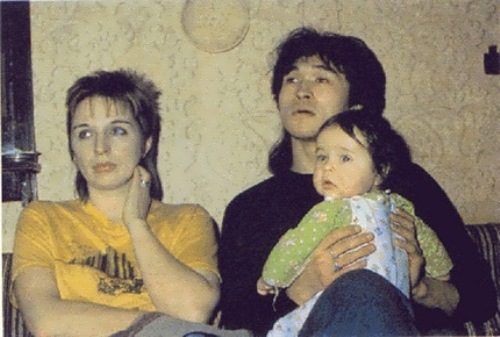 Popular Viktor Tsoi, his wife and their son

Personal life
In 1982, Tsoi met Marianna. They got married in 1985. She gave birth to their son Alexander (Sasha) on August 5, 1985.
In 1987 Viktor left the family and went to Moscow to be with Natalia Razlogova, film critic and translator.
Marianna died on June 27, 2005. Alexander, the only child of Viktor, works as a programmer. He married Elena Osokina.
Last love of Tsoi Natalia married journalist Eugene Dodolev and went to the US, they have two children. She starred in documentaries about Tsoi – Sunny Days (1996), Viktor Tsoi: Children of Minutes (2008), Life is Like a Movie (2005). 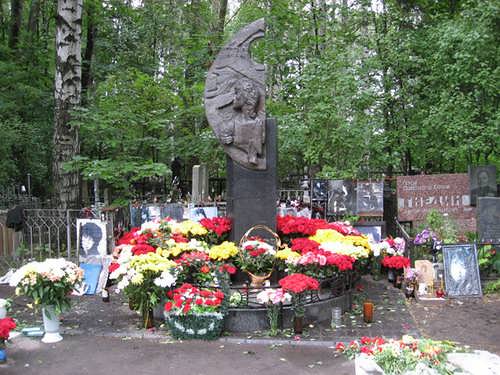 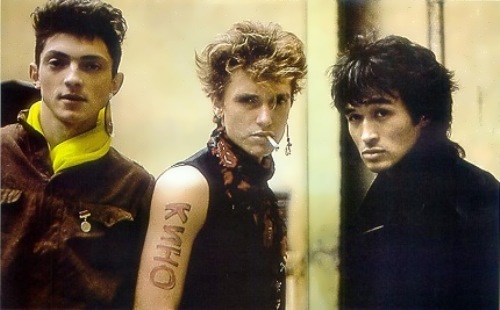 Tsoi (right) and his band Kino 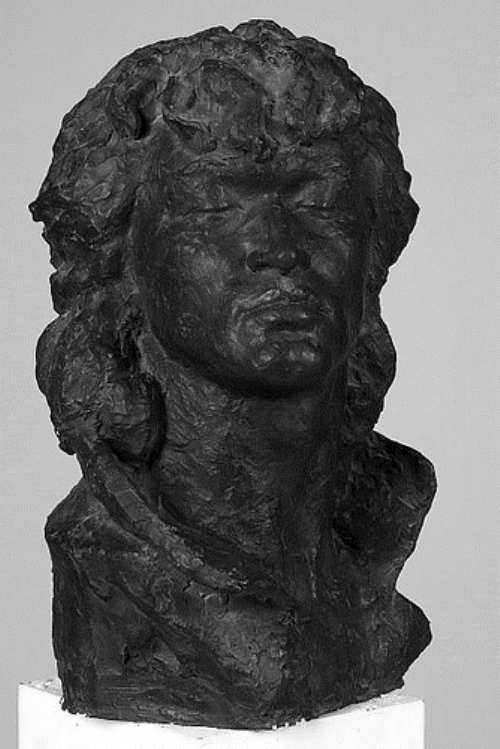 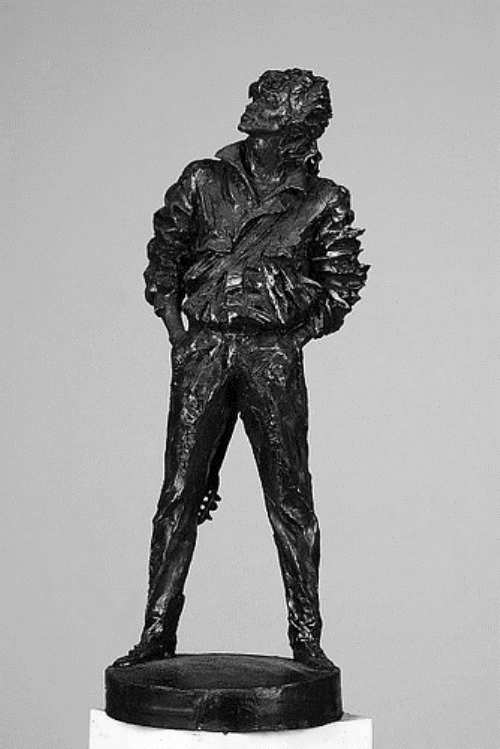 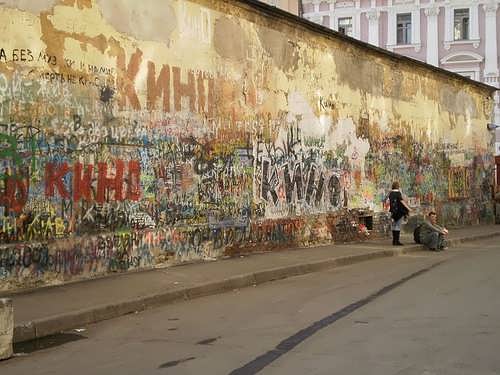 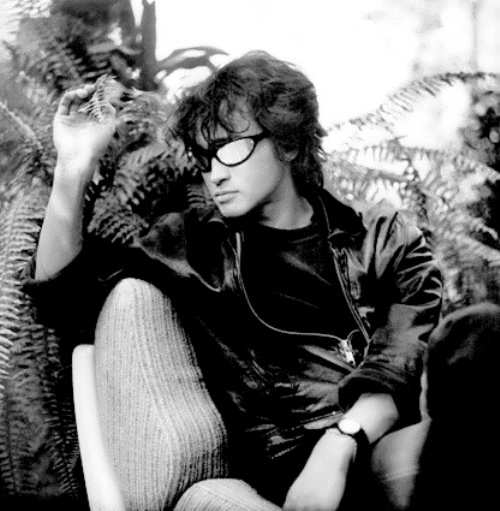 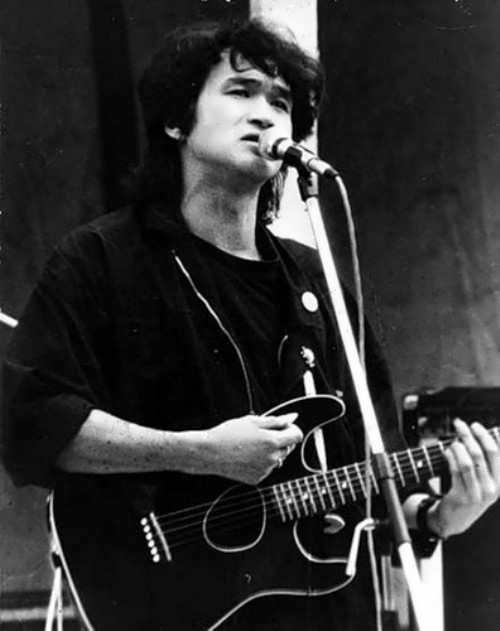 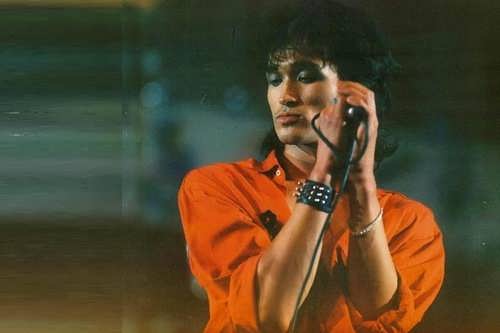 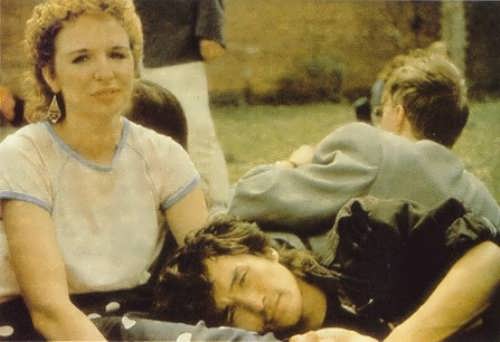 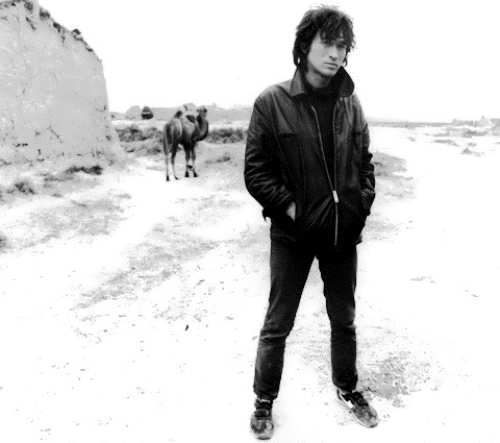 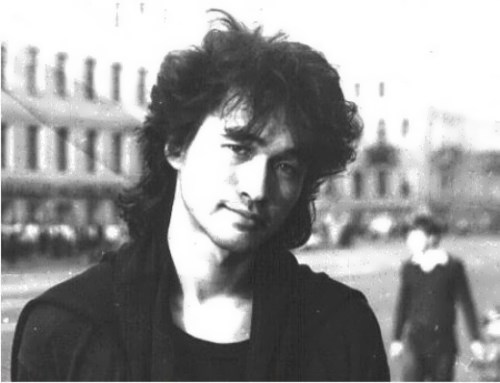 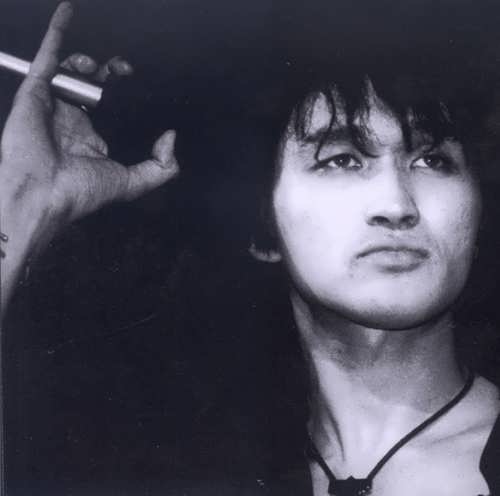 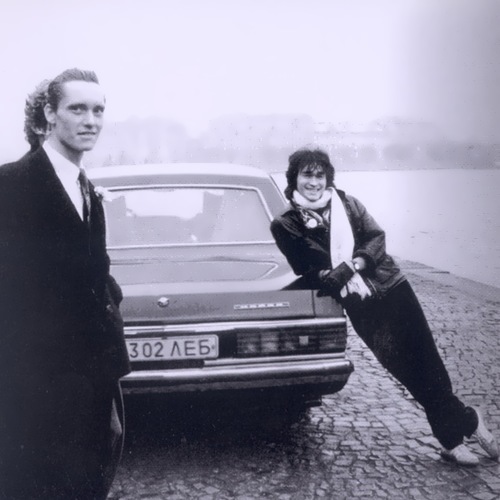 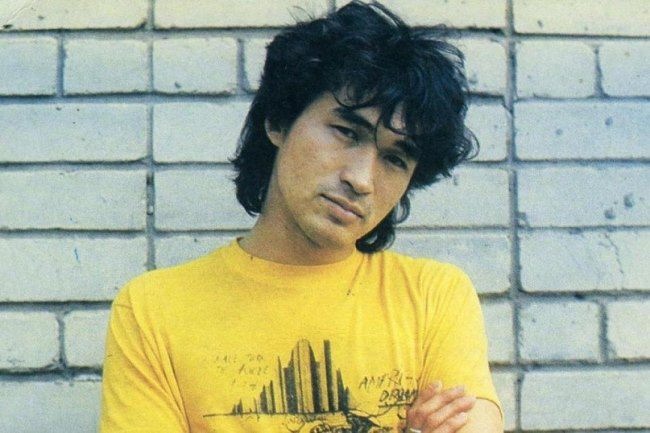 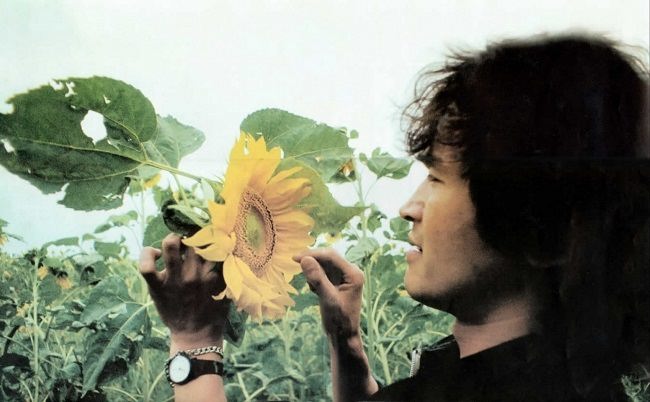 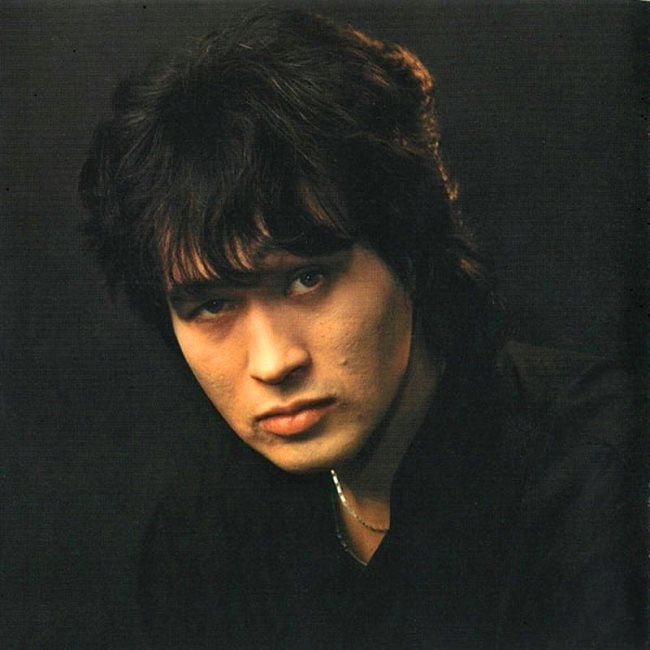 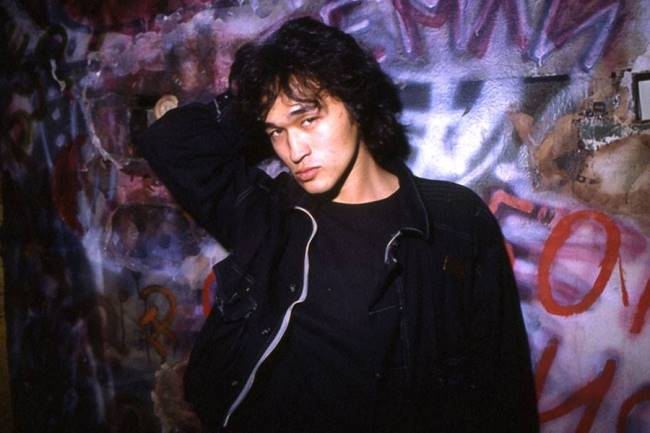 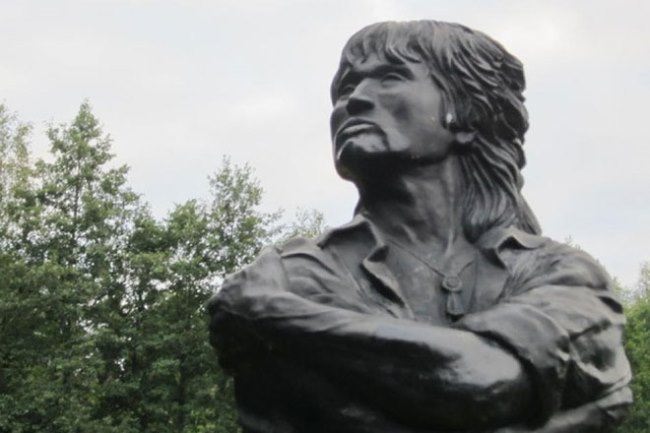 Monument to Viktor Tsoi at the site of the accident 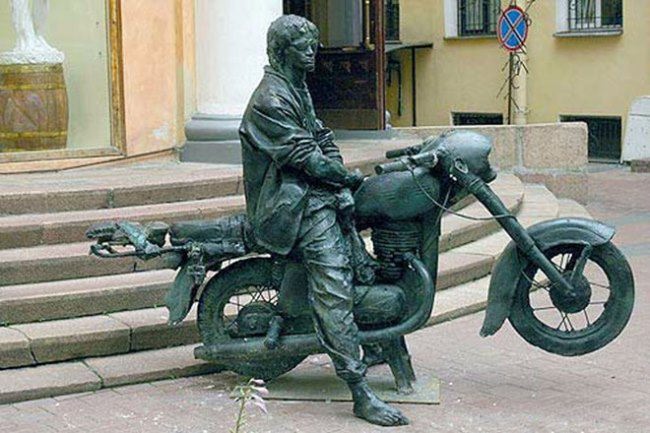 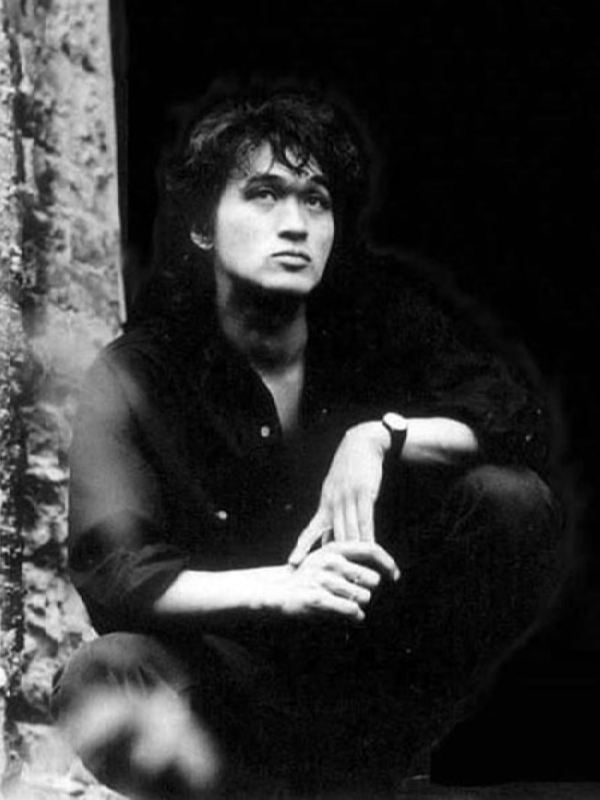 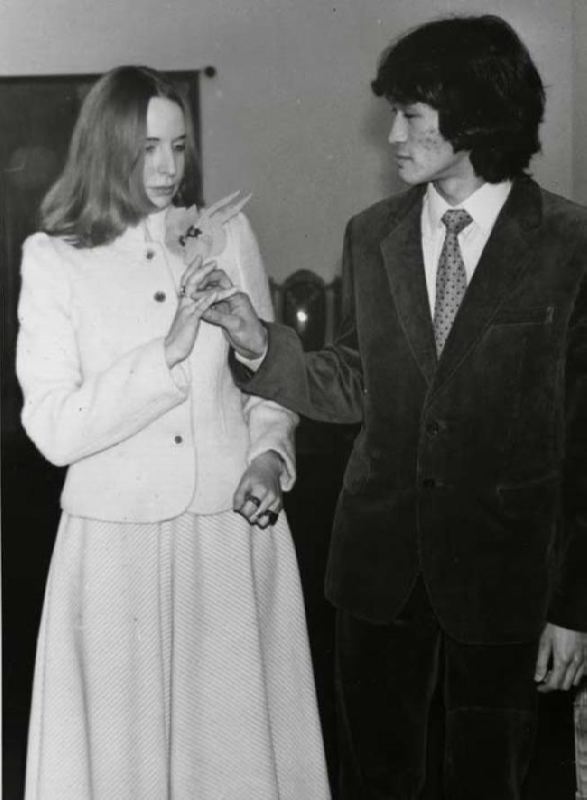 Tsoi and his wife Marianna 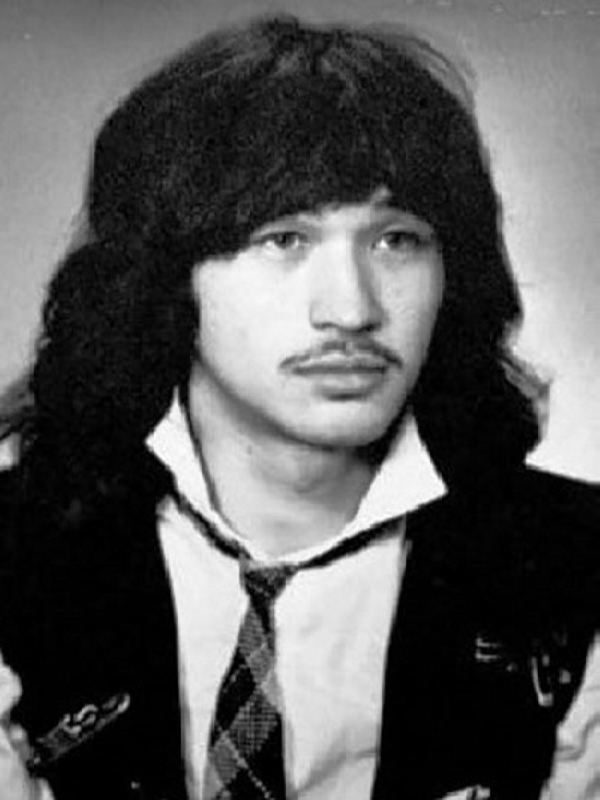