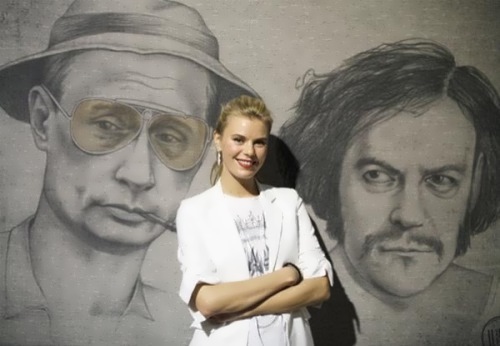 Vika Tsarkova in front of her picture

The artist didn’t sign any portrait. According to the Tsarkova the main goal of the exhibition was to make people smile.
“It is important to make people smile and just relieve stress”.
Victoria was born in Alma-Ata in 1983. Since her childhood the girl was surrounded by creativity: her mother was a musician, her father and grandfather were artists. At the age of 6 the future artist began studying the basics of painting and drawing. Then she studied at an art school, art college and art university. By the way, she studied in London.
Serious people and frivolous images by Victoria Tsarkova.
Source: niklife.com.ua/politics/33697 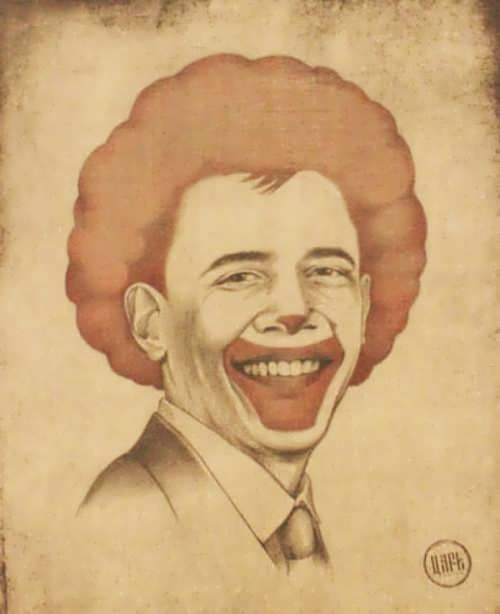 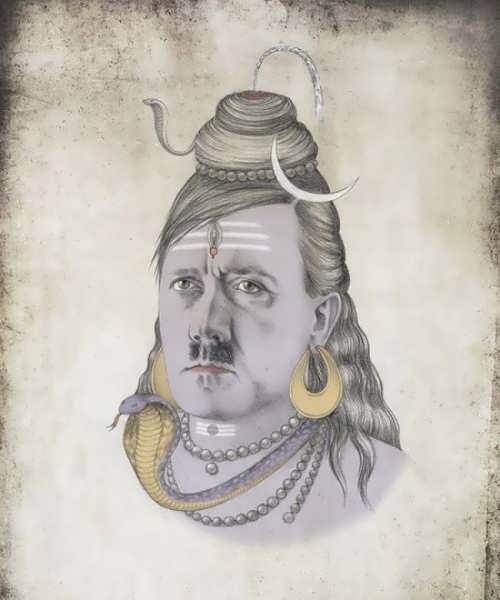 Hitler as Buddha by Tsarkova Victoria 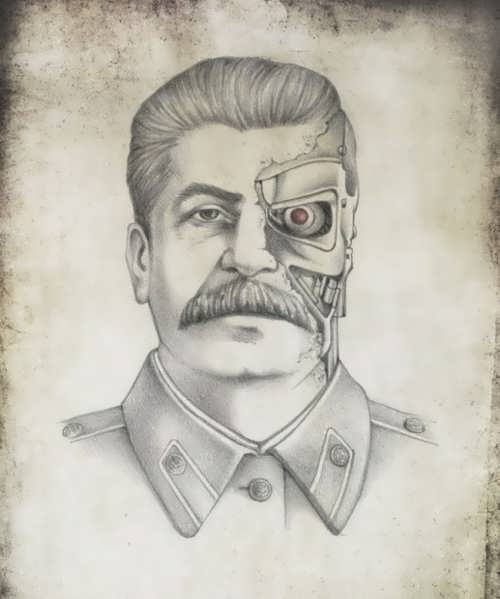 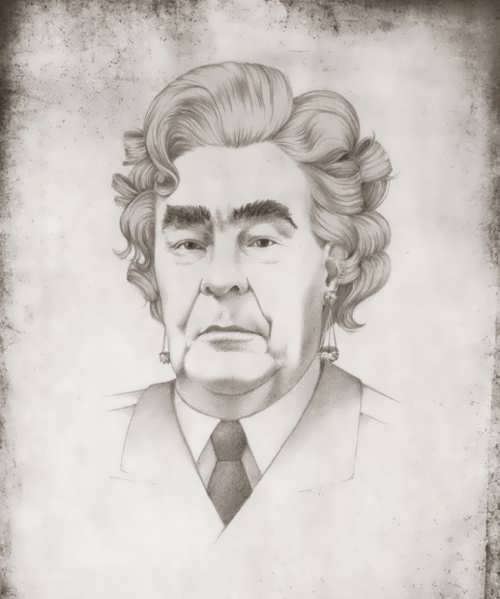 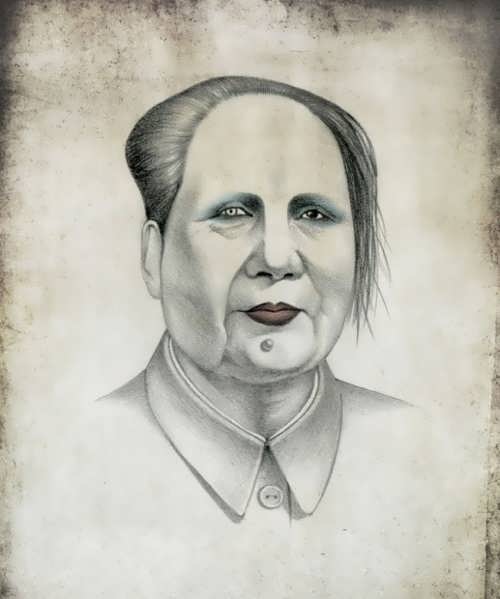 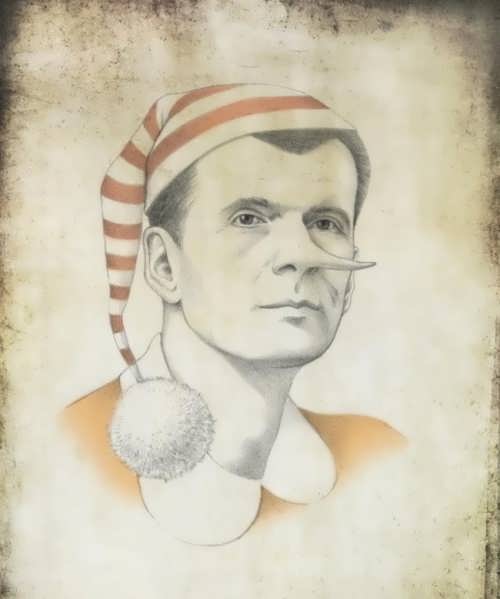 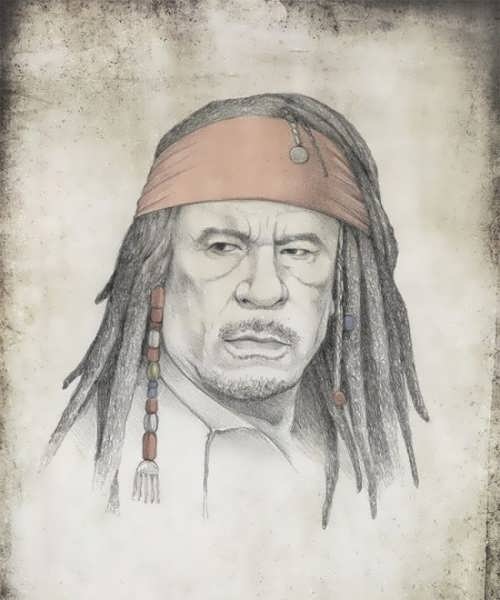 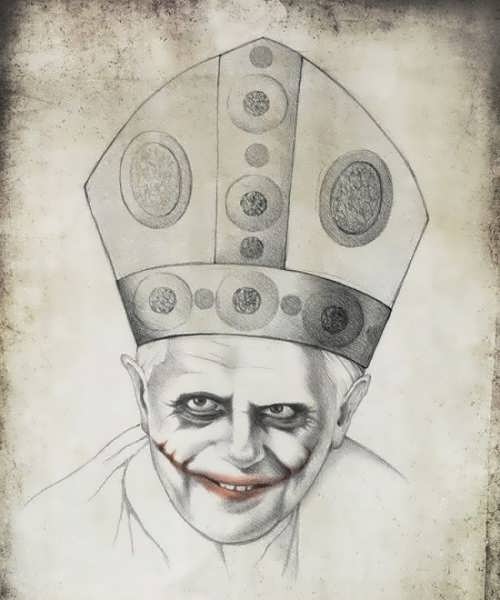 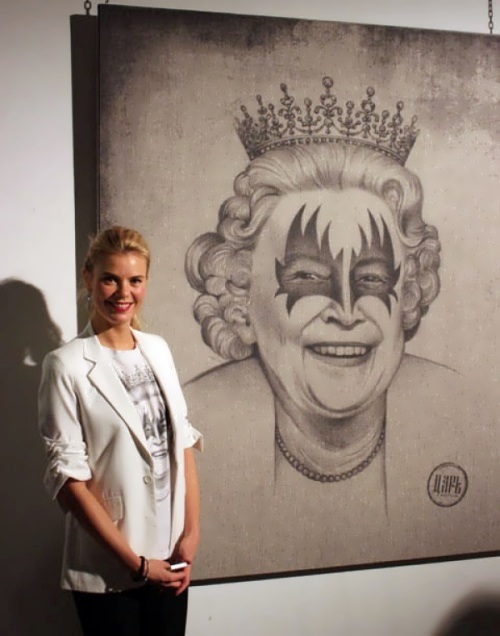 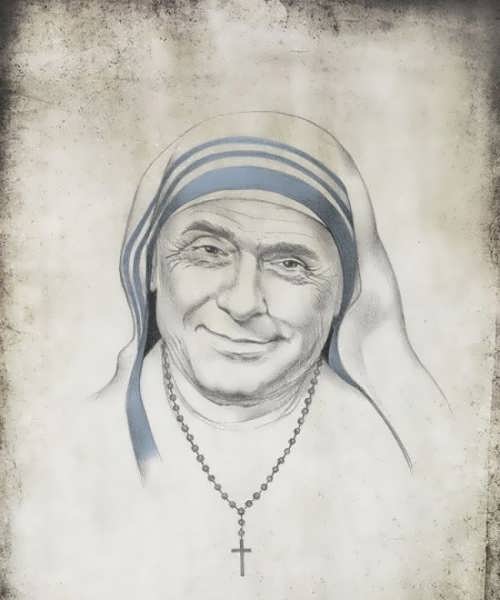 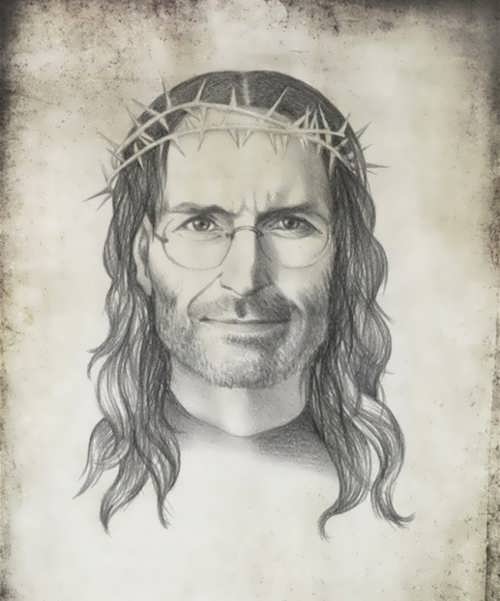 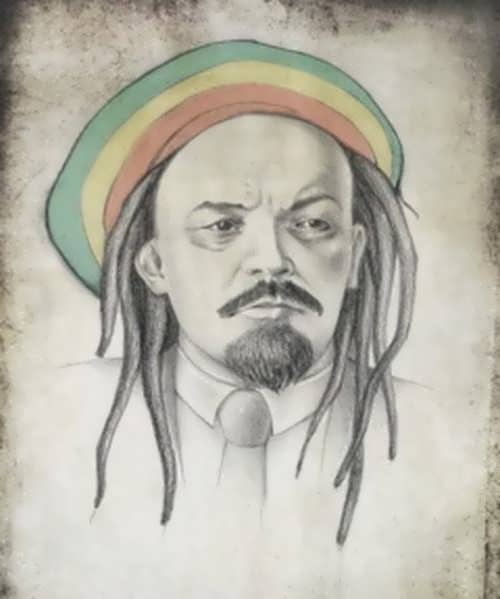 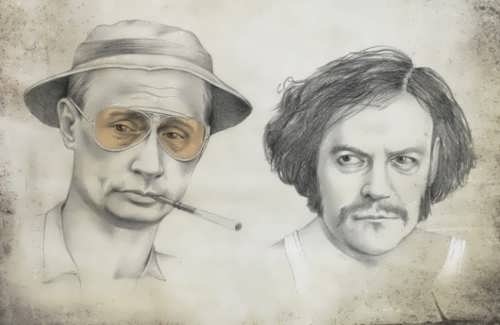 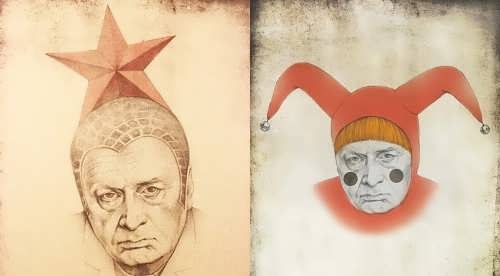 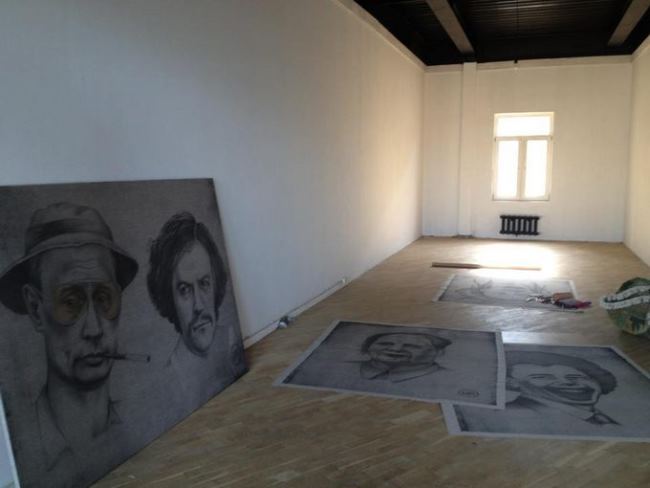