Varvara Asenkova, one of the best travesty performers 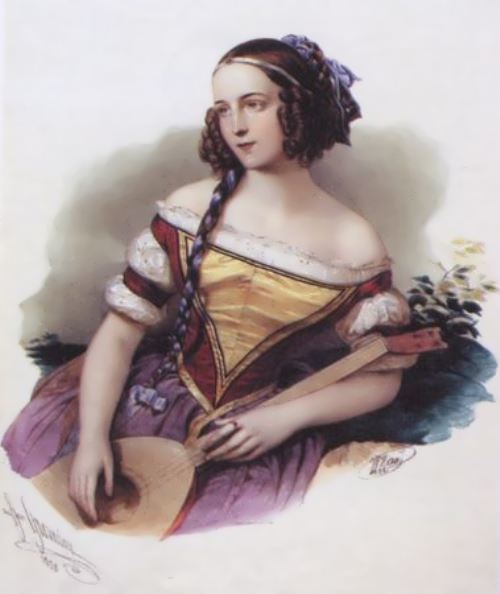 Varvara Asenkova was a Russian actress, who acted in the Alexandrinsky Theater in St. Petersburg (1835-1841). She performed in vaudeville, comedies, melodramas, dramas and tragedies. By the way, Asenkova was one of the best travesty performers. You know, she played the roles of young men and girls disguised in men’s clothing (for example cadet Lelev and Gabrielle).
Pretty girl was born on April 10, 1817, in St. Petersburg. She was the daughter of the famous actress Aleksandra Yegorova Asenkova. Her father was an officer of the Semyonovsky Regiment, Nikolai Ivanovich Kashkarov. According to the law of that time, the actresses of the imperial theaters could not get married and play on the stage at the same time. On his return from the war Kashkarov married the daughter of the former commandant of the Bobruisk fortress. Illegal family was forgotten.
Varvara was the eldest daughter of Alexandra Yegorovna.
The image of Asenkova is frequently reflected in literature, particularly in N. A. Nekrasov’s lyrics.

The actress played many roles, including Maria Antonovna in Gogol’s The Inspector General, Sofia and Natalia Dmitrievna in Griboedov’s Woe from Wit, Natasha in Alexander Pushkin’s Rusalka, Ophelia and Cordelia in Shakespeare’s Hamlet and King Lear, and Esmeralda in the dramatization of Hugo’s novel Notre Dame de Paris and many others.
At Alexandrinsky Theatre Asenkova had been performing for six years. She had poor health, and had to play almost the whole repertoire of vaudeville theater. All this provoked her illness. The last time she came on the scene on February 16, 1841. On April 19 (May 1), 1841 she died because of tuberculosis. After her death, many her roles were played by actress Nadezhda Samoylova.
In 1936 or according to other sources, in 1938, her grave monument was moved to the Necropolis of Artists of the Alexander Nevsky Monastery.
In 1941, a hundred years after the death of the actress, (or in 1943) German shell fell just in her grave, leaving only fragments of the monument and a deep hole… Monument was restored in 1955.
The film Green Coach tells us about the actress’s short and tragic life, the role of Varvara was played by Natalia Tenyakova. 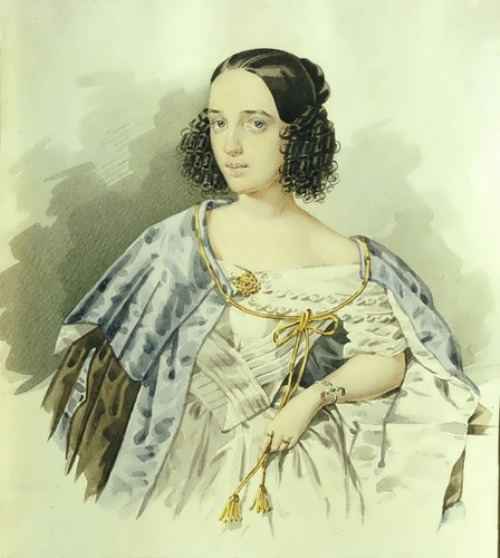 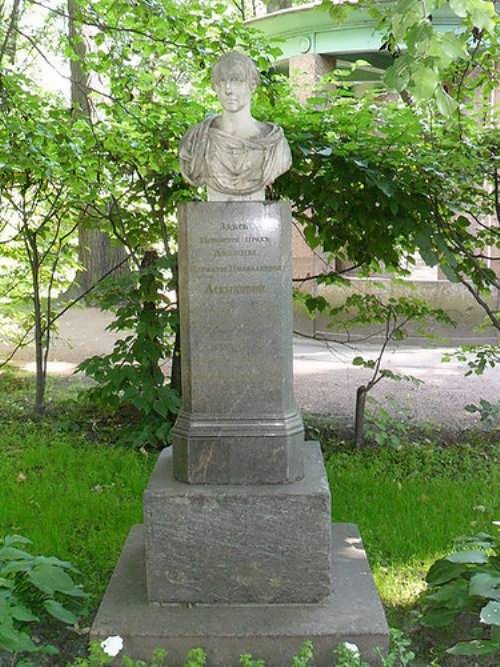