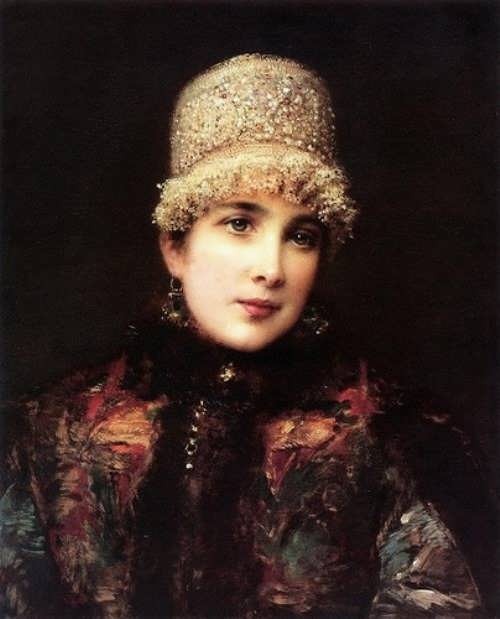 Russian girls headdresses are awesome and pretty.
Since ancient times all women’s headdresses were divided into headdresses for maidens and married women.
Maidens wore headbands and ribbons and their hair was open.
After marriage, women’s headdress had changed, because her beauty now belonged only to her husband.
Foreigners who visited Russia left a description of the wedding custom: during the ceremony a groom wore a headscarf on the head of his beloved and became her husband.
Kokoshnik was very popular. 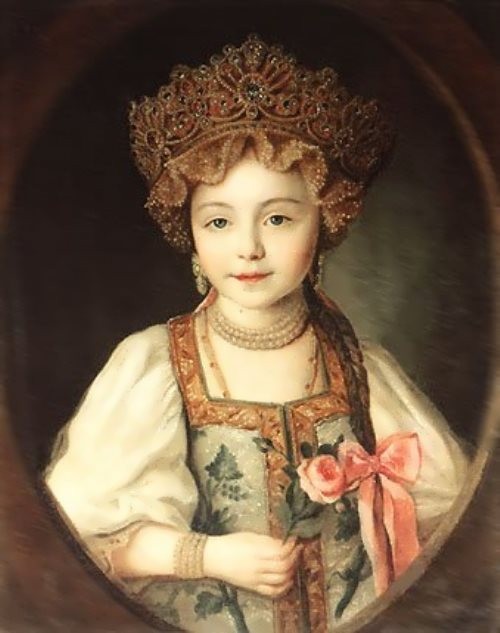 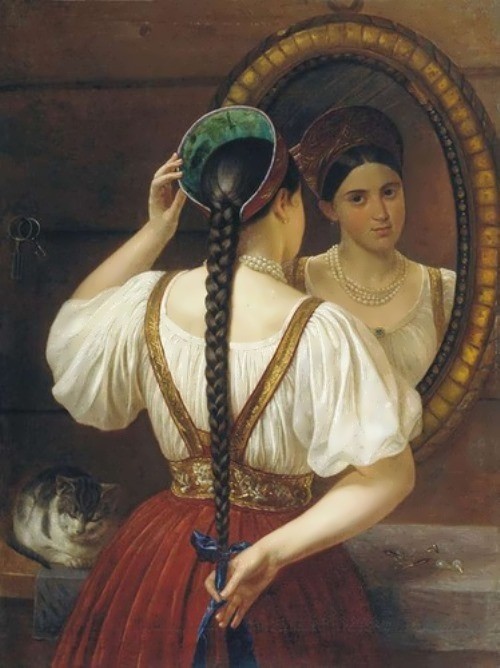 Budkin Philip. Girl before the mirror. 1848 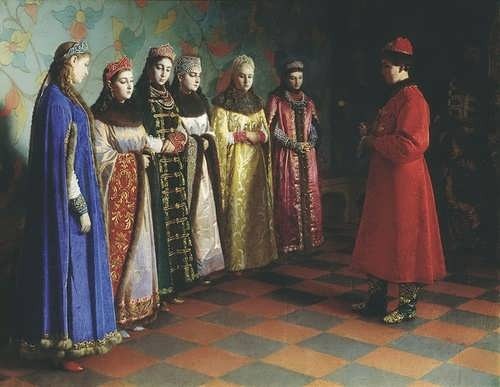 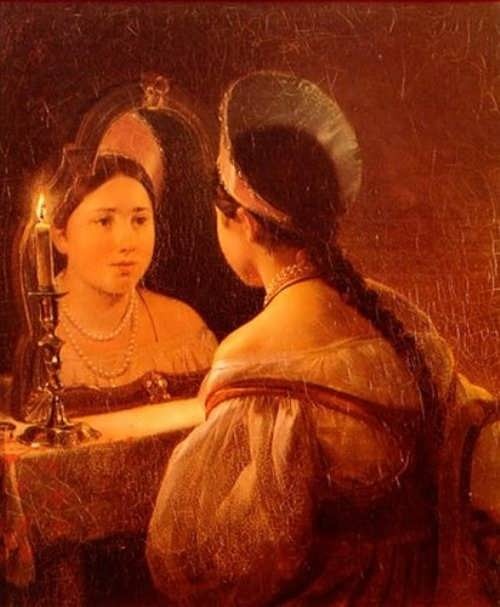 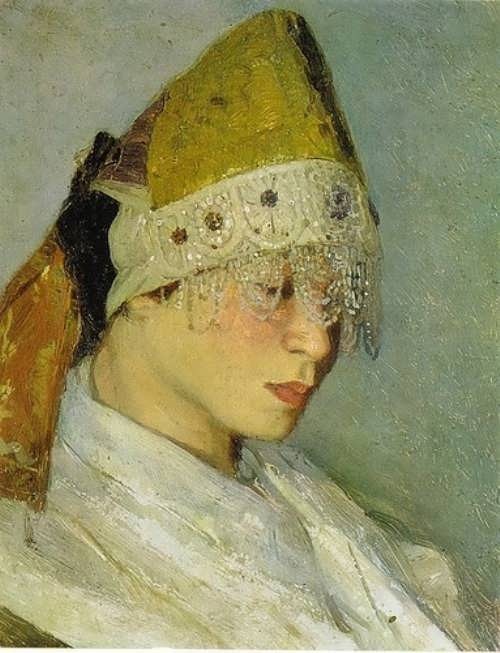 M. Nesterov. The Girl in the headdress. Portrait of M. Nesterova. 1885 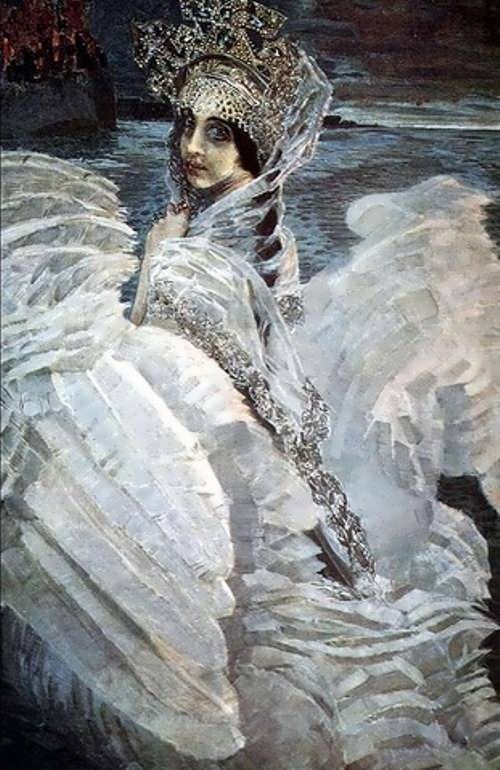 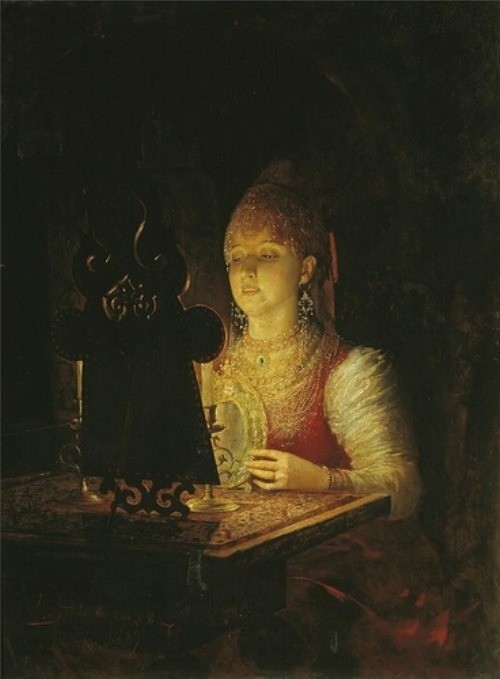 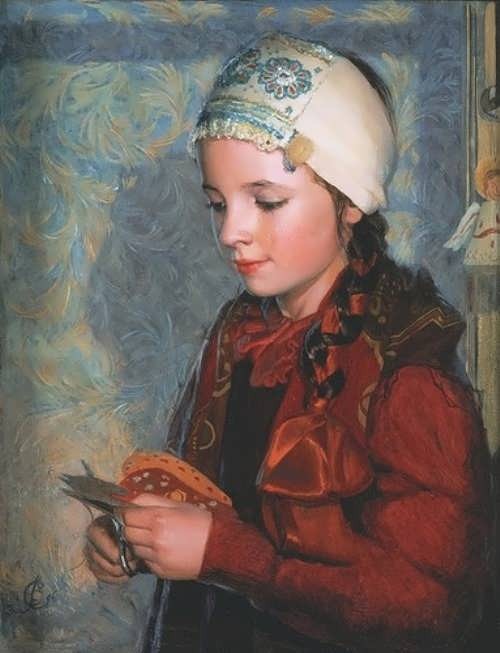 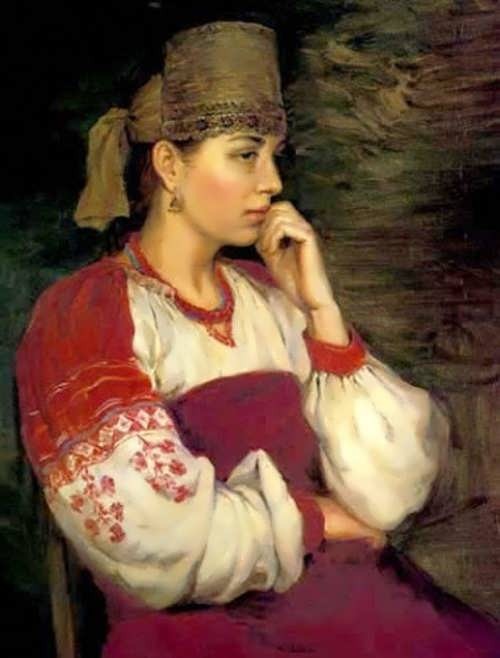