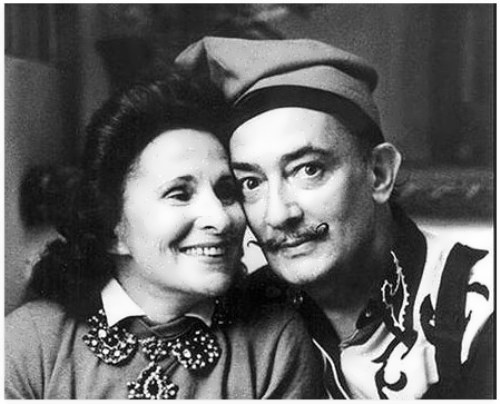 I’d like to tell you about Russian women who determined the course of development of art and even world history.

Elena Dyakonova
Elena Dyakonova, who became known as Gala was born on August 26, 1894 in Kazan into a poor family. Her father died early.
She was Dali and Eluard’s muse.
When the girl was 17 years old, she and her mother moved to Moscow, where they lived with her stepfather. In Moscow, Elena studied together with Tsvetaeva sisters at a grammar school. During that time she became ill with tuberculosis and was sent to Switzerland to get medical treatment. In Davos Elena became Gala. She was called so by young Frenchman Eugene Grindel, who later took the pseudonym Paul Eluard (his uncle’s name and grandmother’s surname). In 1917 they got married, but their family life was neither careless nor routine.

Four years after the wedding Gala and Eluard visited Max Ernst’s exhibition in Cologne. The artist fell in love with the Russian girl and she became his mistress. Max Ernst moved into an Eluard’s house and they didn’t hide their Triple Alliance. Eight years later, Eluard and Gala visited Salvador Dali. Dali fell in love with Elena once and for all. In 1934 Gala and Eluard divorced, but she didn’t marry Dali until Paul’s death. Salvador and Elena had free relations. Dali presented his wife with the Castle of Pubol, where she lived alone and could enjoy the company of young lovers. She died in 1982. Salvador lived 7 years longer than his muse, but the last years of his life were marred by madness. 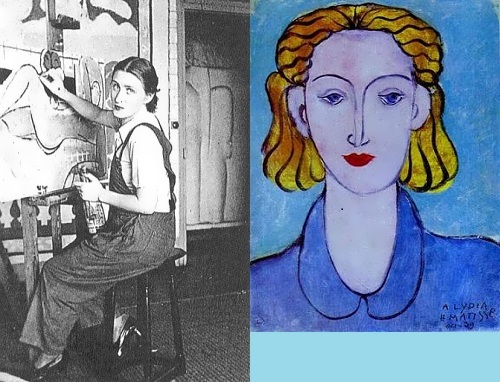 Lydia Delektorskaya was born in Tomsk in 1910. Her childhood was happy. Then happiness ended. In the early 20s typhus and cholera hit Siberia. Both Lydia’s parents died. The girl was brought up by her aunt. In 1923, the aunt, her children and niece emigrated to Manchuria. In Harbin, Lydia graduated from Russian Lyceum, and then moved to France. At the age of 19 Lydia married a Russian emigrant, but the marriage was a failure.
In 1932 Delektorskaya appeared in Matisse’s house. She became an artist’s assistant. At that time, Matisse worked on his famous Dance. He was the great Henri Matisse, she was the secretary-immigrant, an orphan. He was sixty, she was nineteen. In addition, he was married. They were together for almost a quarter of a century, until his death. Lydia Delektorskaya immediately became not only a secretary, but also a model and muse of the great artist. Matisse’s wife filed for divorce. The artist stayed with Lydia.
After the death of Matisse Lydia started collecting and buying his drawings, books and prints not in order to re-sell at a higher price, but to give his works to Russian museums. She did not take any money. Exhibition in the Hermitage entirely consists of Delectorskaya’s gifts. 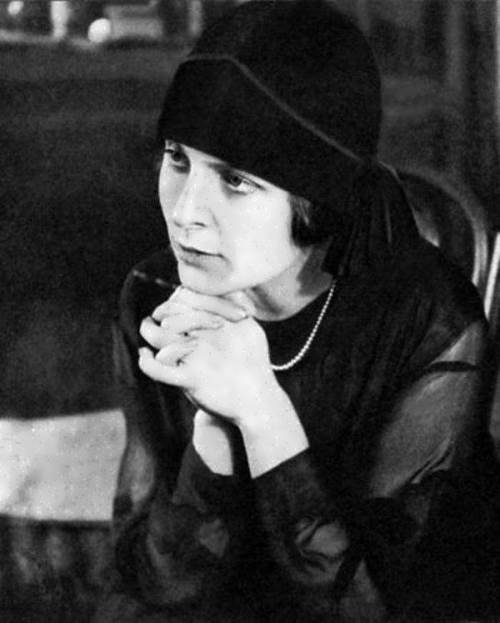 Ella Kagan is more commonly known as Elsa Triolet and Lily Brik’s younger sister. Kagan sisters remained in the history of culture as femme fatales, the muses of Vladimir Mayakovsky and Louis Aragon.
Elsa had a lot of fans in Russia, but she married French officer Andre Triolet. The marriage was not the best one. In a letter to her sister Elsa wrote that her family had “open relationships”. And soon the couple divorced. A few years later, Elsa met Louis Aragon. Aragon joined the Communist Party, visited the Soviet Union, and collaborated with L’Humanite magazine.
Elsa Triolet was not just the wife of Aragon. She became a famous writer. Elsa even became the Prix Goncourt winner. She translated Chekhov and Mayakovsky, and was co-writer of Normandie-Niemen’s film script.
Aragon and Triolet are buried in the garden of their country house in Saint-Arnuan Evelyn. There is a quote from the novel by Elsa on the tombstone: “The dead are defenseless. But we hope that our books will protect us. ” 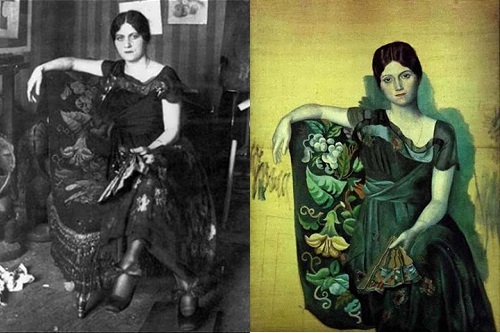 Olga Khokhlova’s father was the royal army colonel, and the future ballerina received a good education. Despite the fact that the profession of a ballerina did not correspond to the status of a Colonel’s daughter, Olga defended her dream and even got into the Diaghilev’s troupe. During a rehearsal in Rome Olga was noticed by Pablo Picasso. Diaghilev warned Pablo that Russian girls are very serious and he had to marry her. During the tour in Barcelona, Pisasso introduced Olga to his parents. Pablo and Olga’s wedding took place on June 18, 1918 in the Orthodox Cathedral in Paris. The wedding was attended by two legends of the French culture of the era – Jean Cocteau and Max Jacob. On February 4, 1921 Olga gave birth to a son named Paulo. They were happy and still in love with each other. But as time went on Picasso became more famous and rich. In 1935, Olga learned that her husband had an affair with a young Frenchwoman. Besides, the girl became pregnant. Khokhlova took her son and went to Cannes. Olga wanted a divorce and the artist was against because it meant he had to give a half of his paintings to Khokhlova.
Olga died of cancer in 1955, Picasso did not attend the funeral, as he was working on the painting.

Lydia Lopukhina
Her life was truly amazing. The peasant’s daughter became the wife of prominent economist of the XX century, the Englishman John Maynard Keynes. Fate brought Lydia to ballet school and she joined the Diaghilev’s troupe. During one of the tours she was noted by Keynes. Courtship was long, the economist was not trivial: he sent his works to sweetheart. Since then all of his future books were discussed with Lydia.
Lydia was known for her easy temper, but she was intelligent. As a result, she was popular in Cambridge circle. “She’s not only smart for the ballerina, she is smarter than anyone else, and Keynes has the best brains in the country”, said H. Wells. In addition, the dancer was a friend of Picasso and Wittgenstein.
She survived her husband by 30 years. But in those years she was increasingly reclusive. 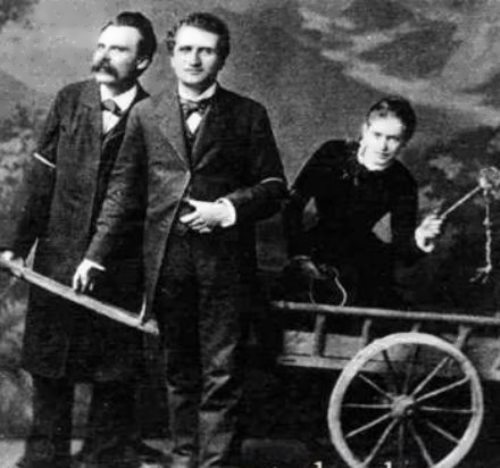 Lou Andreas Salome was born in St. Petersburg into the family of a Russian citizen, but a German by birth Gustav von Salome. Despite the German roots, Louise considered herself Russian.
In St. Petersburg a young Dutch pastor fell in love with Lou and asked her to be his wife. The girl refused and went to Switzerland to continue her studies. In Europe, she immediately found herself in the maelstrom of ideas, philosophy, and political trends.
Her love affairs in Europe began with the relationship with a philosopher, Nietzsche’s friend, Paul Ree. He made a marriage proposal, but the girl refused. They traveled to Europe and Ree introduced Lou to his friend Friedrich Nietzsche. Nietzsche was 38 years old, he was ill, unknown and was recovering from mental illness in Switzerland. Friedrich fell in love and wanted the Russian girl to become his wife, but as usual she refused.
Soon Salome married teacher of Oriental languages Friedrich Carl Andreas. But her family life wasn’t happy. Lou had many young lovers and her husband became a father of the maid’s son.
Rilke lost his head because of Salome. But they parted because he did not want to share Lou with her husband, and she did not want to divorce.
Lou met Freud and Jung, she enthusiastically studied psychoanalysis and even treated patients. They say Freud was in love with her…
Lou Salome died in 1937. Her library was burned by the Nazis. 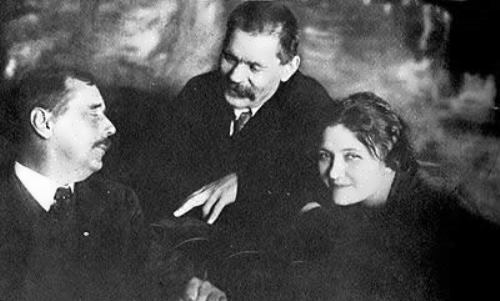 Maria Zakrevskaya was born in 1892 into the family of landowner Ignatiy Platonovich Zakrevsky.
In 1911, Maria went to England, where she married Ivan Aleksandrovich Benckendorf, Secretary of the Russian Embassy in England, and later in Germany. Their marriage was short-lived. In 1917, Maria’s husband was killed by peasants in his family estate. She was left with two children.
Soon Maria married Baron Budberg but they parted a few days after the wedding. In the British embassy Maria met British Ambassador Robert Lockhart. In 1918, both of them were arrested, but Maria was quickly released.
Then the girl worked as Maxim Gorky’s secretary and they had a love affair. Thanks to Gorky Maria met English writer Herbert Wells, with whom she lived until his death.
According to the latest data Maria Budberg was a Soviet intelligence agent. There were the English nobles and members of the Russian aristocracy at her funeral in London. 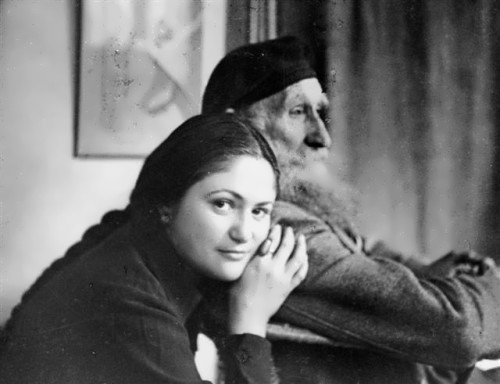 Dina Aibinder was born on January 25, 1919 in Kishinev, Bessarabia (now Chisinau, Moldova). Her parents immigrated to Paris. Her father was a professional pianist and worked as silent film accompanist.
In Paris we can see the great sculpture by French sculptor and painter Aristide Maillol Air. He modeled his love, muse, the heiress Dina Vierny.
Dina was 15 years old when she met 73-years-old Aristide Maillol. The girl became the last and main love in his life.
Dina was a model not only for Maillol but for Matisse, Bonnard, Dufy. Also she starred in films.
In 1938, Dina married young filmmaker Sasha Vierny. But she still was with Aristide. During the war, Dina participated in the resistance movement. She was arrested by the Gestapo, and Aristide Maillol rescued her.
In 1944, Maillol died in a car accident.
By the way, in 1995, Dina opened Maillol Museum. Two dozen sculptures of the great master were donated to the French government with the only condition – they must be exhibited in the gardens of the Tuileries.
Dina died in Paris in 2009 five days before her 90th birthday.