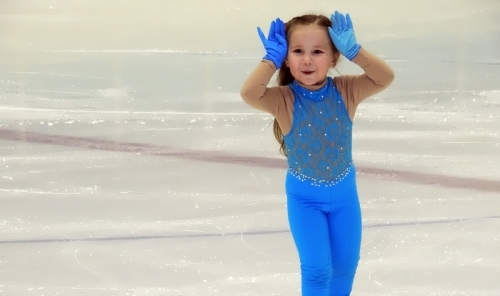 The youngest Russian figure skater is only three years old. Riana Kadyrova calls herself an athlete and dreams of Olympic gold.
After the triumph in the free skate team competition 15-year-old Yulia Lipnitskaya has become one of the most popular athletes in the world.
The performance of the Kazan ice skater became an Internet sensation, at that time she was only 2.5 years old.
By the way, for her brief yet athletic career Riana managed to win her first medal.

Little princess on ice
Riana began skating at the age of only 2 with her elder sister Yasmina.
Her mother Reseda Kadyrova is the director of Tatarstan Children’s, Youth Figure Skating School of Olympic Reserve, Candidate for Master of Sport. She had to take her baby to the skating rink.

– I’ve never thought that the life of my family will be associated with figure skating. I have never wanted to be a figure skating coach. I am a manager. But my eldest daughter wanted to become a figure skater. She was only half a year: she was sitting on the sofa, watching TV performances and moving her little hands and legs to the beat. At that time she did not know how to walk. Later she began repeating elements. I realized that no one but me would be able to train my daughter, and changed my profession. 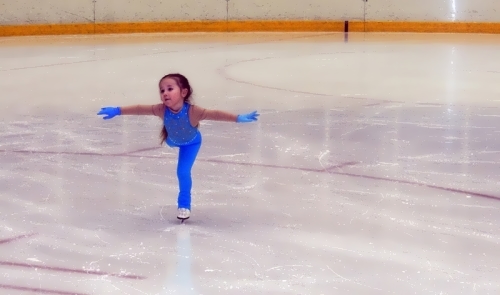 Reseda graduated from the Russian State University of Physical Culture, Sports and Tourism. When her eldest daughter was two years old Kadyrova opened her private figure skating school. And in 2010, she began to work as a coach in Kazan junior sports school Zilant.

Future Champion
– She doesn’t want to go home after a workout, says young skater’s mother and coach. It is impossible to kick her out of the ice.

2.5-year-old Riana opened competition among members of the younger group. She had performed Barynya. And her performance was brilliant. Alas, the baby couldn’t compete, she was too young.
Little Riana performed not only in Russia, but also won the hearts of audiences in Italy and Estonia.
It was hard for her parents to find the right sized skates, which were found only in Moscow.
At home, they are a mother and a daughter, and at the skating rink – they are a coach and a student.
Little Riana says that her mother is a strict mentor.
– My mum is a coach and I am a “spoltswoman”!
Riana skates with an older group of skaters (9-11 years), and those who skate worse she calls “kids”.
Once the girl was asked why she did not go to kindergarten and she explained seriously: “I’m working on the ice”.
Sometimes Riana falls down, but immediately stands up.
Source: www.aif.ru, www.youtube.com/watch?v=qKL2RatikSo 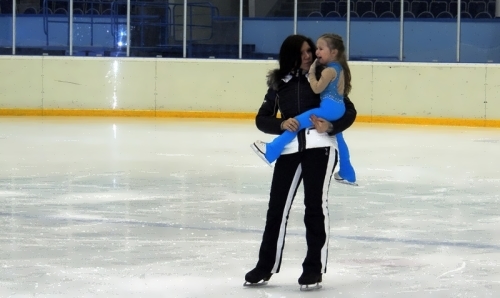 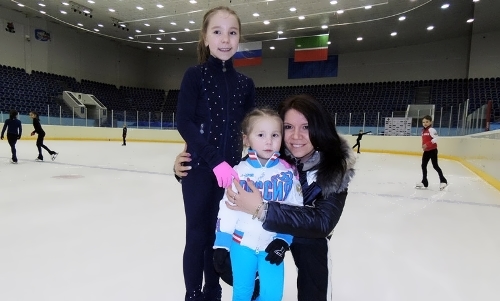 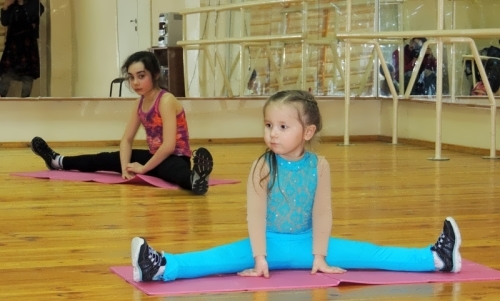 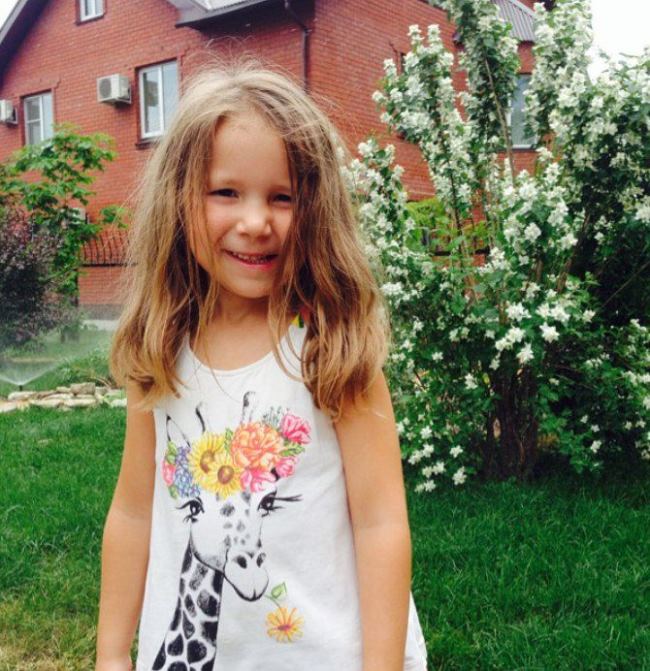 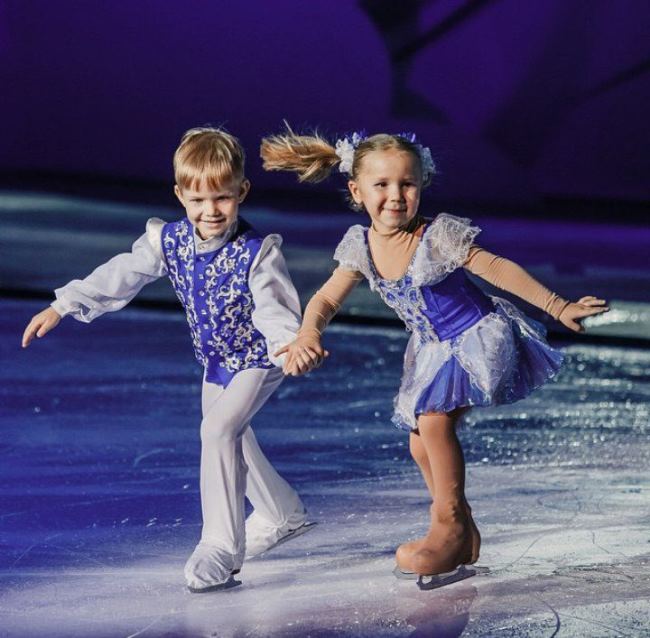 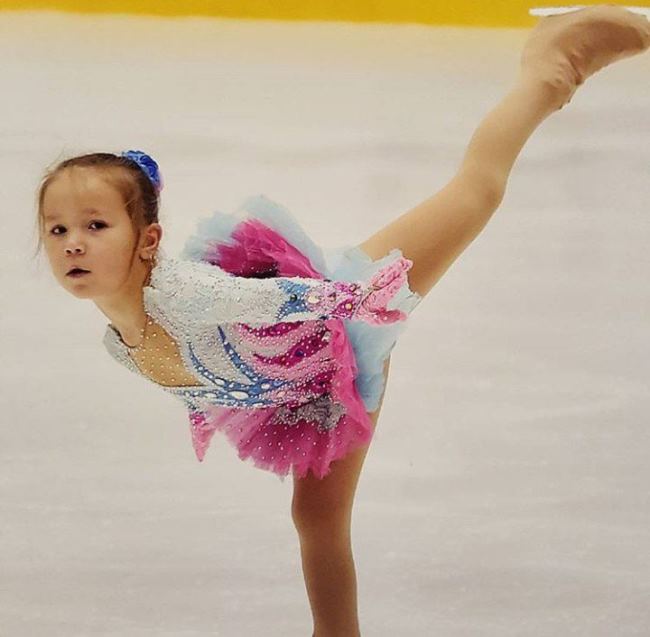 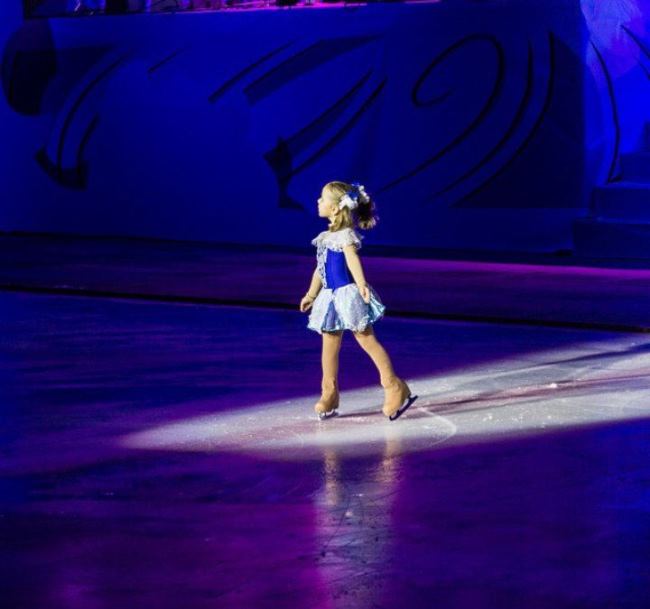 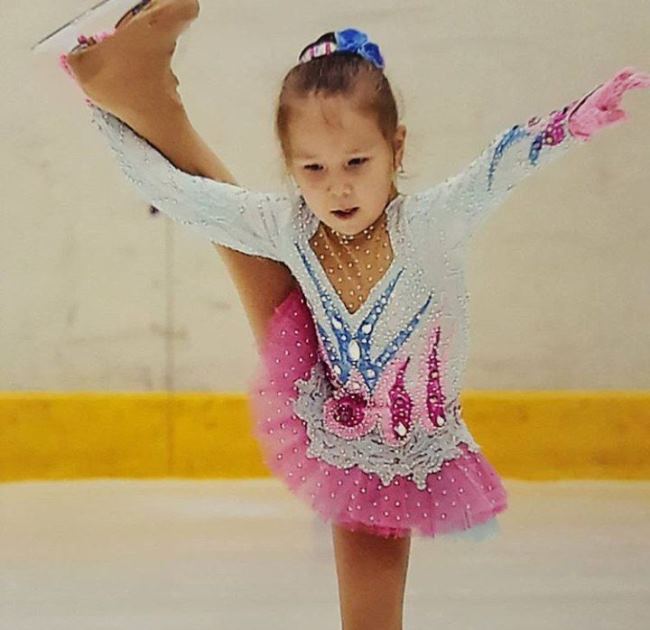