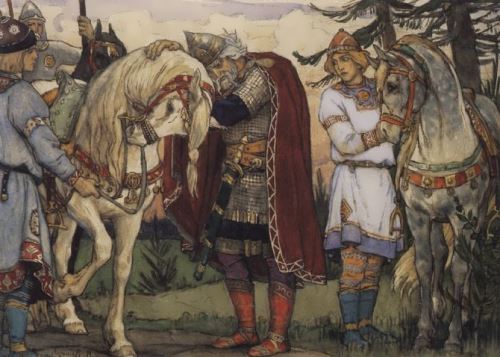 Prophetic Oleg is one of the most mysterious figures in Russian history. Who he was to Ryurik, whether he went to Tsargrad (Constantinople) and, finally, what about his death “overseas” – all these questions have yet to be answered. The founder of the Old Russian State Prince Oleg, who was either a relative of Rurik (or rather his wife Efanda’s brother), or his voivode, during his reign made much more for the formation of the Old Russian state than its legendary founder.
When Igor (the son of Rurik) was young, he captured Smolensk and Lyubech, deceived and murdered the princes of Kiev Askold and Dir. Thanks to him, Kiev became the new residence of the Old Russian state, Kievan Rus.
You know, he was named Prophetic, i.e. knowing the future, as soon as he returned from campaigning against Byzantium in 907.
After the death of Rurik, the founder of the princely dynasty, in 879, Oleg began to reign in Novgorod as a guardian of a minor son of Rurik and his nephew Igor.
In 882 Oleg came to Kiev, where two noblemen Askold and Dir reigned the city, and killed them. Location of Kiev seemed very comfortable to Oleg and he made it the capital of Russian lands. Thus he united the northern and southern centers of the East Slavs. 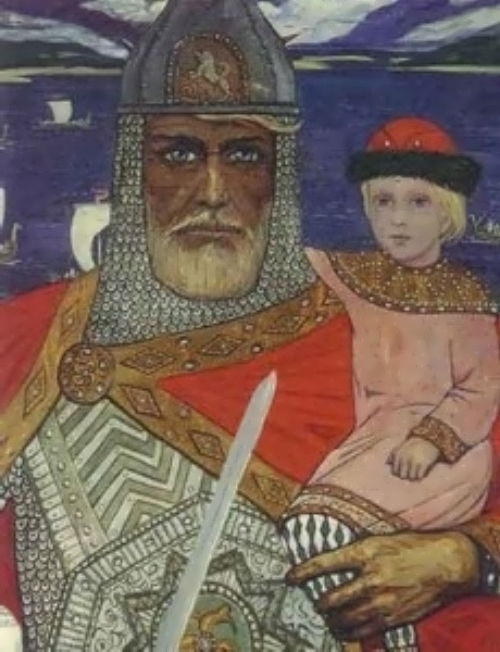 I. Glazunov. Prince Oleg and Igor

Rus’-Byzantine War of 907
In 907, Oleg marched on Constantinople. Byzantine Emperor Leo VI Philosopher ordered to close the gates and block the harbor with chains. However, Oleg behaved unexpectedly, he ordered his soldiers to make wheels and put ships on them. And when a fair wind blew, they raised the sails and went to the city. Panicked Greeks offered the Russian Prince peace and tribute. According to the agreement, Byzantium promised to pay tribute to the Russian city. As a sign of victory Oleg nailed his shield to the gates of Constantinople. The main result of the campaign was the trade agreement on Russian free trade in the Byzantine Empire.
To tell the truth, many historians believe this campaign is a legend. Perhaps it was, but without the siege of Constantinople.
Oleg freed the Russian land from the Khazars.
According to The Tale of Bygone Years, Prince Oleg died from a snake bite in 912. According to legend, the wise men predicted the prince that he would die because of his favorite horse. Oleg ordered to take the horse away and only some years later, when his horse was already dead, he remembered the prediction. Oleg made a mock of the wise men, and wanted to look at his horse’s bones. He put his foot on the skull, and said: “Do I have to be afraid of it?” But there was a poisonous snake, which lived in the skull. 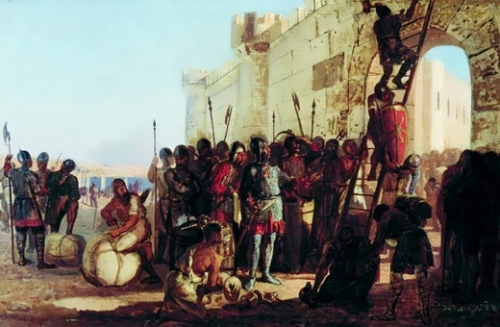 Oleg nails his shield to the gates of Constantinople

Novgorod version of the biography
In the First Novgorod Chronicle Oleg was no prince, but Igor’s army commander. It was Igor who killed Askold and took over Kiev, and marched on Byzantium. And Oleg went back to the north, to Lake Ladoga, and died not in 912 but in 922.
These data contradict the Rus’-Byzantine treaty of 911, in which Oleg was called Russian Grand Duke.

Oleg entered the Russian history as the founder of the ancient Russian state, the conqueror of Byzantine and defender of Russian lands.
There is a hypothesis that Oleg is Odd Orvar (Arrow), the hero of several Norwegian and Icelandic sagas.
For some time, it was decided to identify Oleg with epic bogatyr Volga Svyatoslavich. 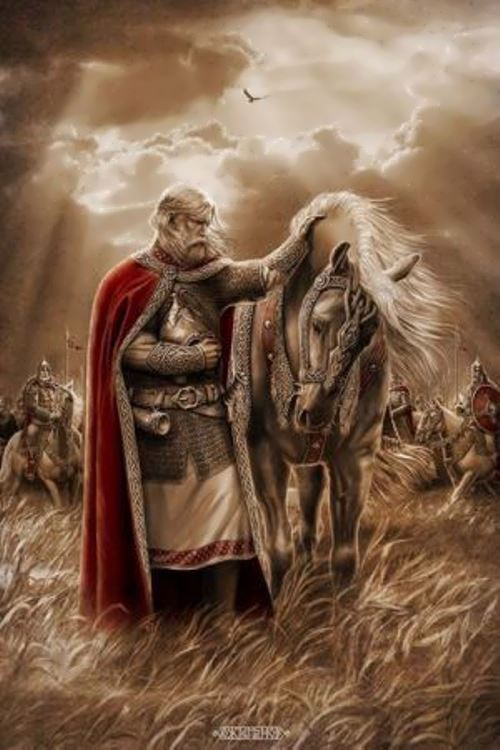 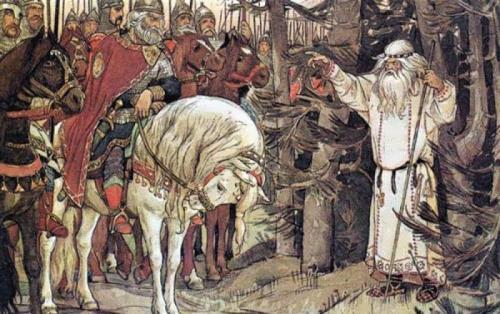 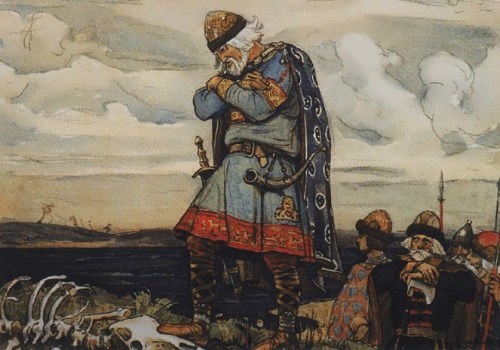 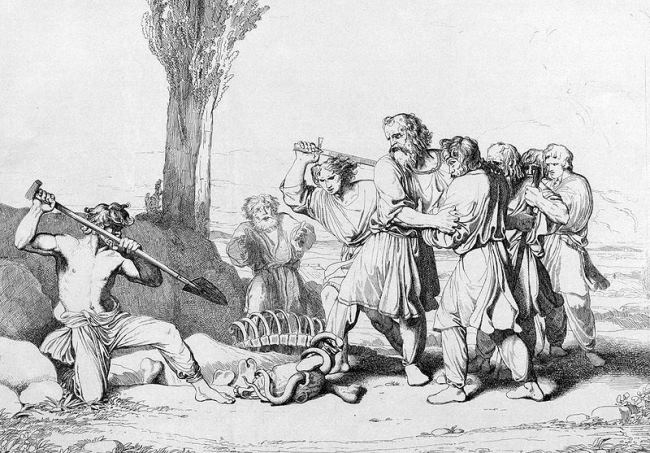 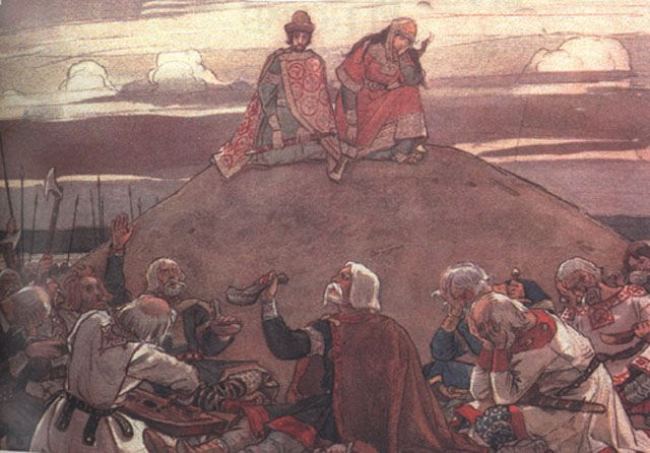 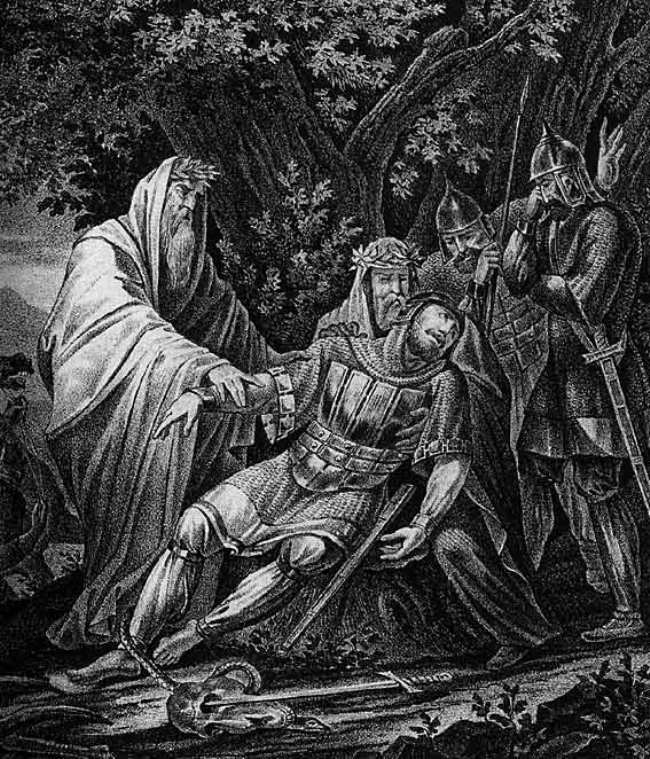 The death of Oleg. Engraving