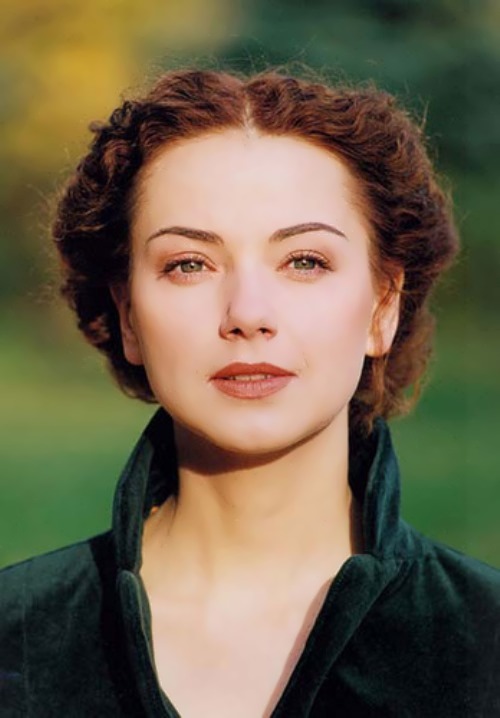 Olga Budina is a Russian theater and film actress, laureate of the State Prize of Russia (2001), Best Actress of the Year (2002). By the way, she was one of 10 most beautiful women in Russia in 2008, according to Russian Reporter. The actress starred in more than 20 films.
Pretty girl was born on February 22, 1975 in Odintsovo, Moscow region.
At school, Olga created her own theater, sewed costumes, was a soloist of the school choir and orchestra, sang at school parties.
She studied at the Shchukin Theater School.
You know, Olga’s first role was in the film The Romanovs – Imperial Family directed by Gleb Panfilov. In the film she played the role of Grand Duchess Anastasia Nikolaevna.
Also she starred in the television series Simple Truth, Detective Dubrovsky’s Profile, Check, The Directory of Death and many others.

In 2000 Budina gained nationwide popularity. She played a major role in the film Border – Taiga Novel, directed by Alexander Mitta. In the same year the film was premiered at the opening of the XXII Moscow Film Festival. The actress starred together with Marat Basharov, Alexei Guskov, Renata Litvinova, Mikhail Efremov and Elena Panova. TV series became known and popular in Russia and CIS countries.
After the success she starred in an adaptation of Fyodor Dostoevsky’s novel The Idiot (2003), in the historical thriller Bajazet (2003) based on the novel by Valentin Pikul, Moscow Saga (2004) based on Vasily Aksenov’s novel.
You know, in 2006, Olga played the role of Nadezhda Alliluyeva in the drama Stalin’s Wife. She starred along with Tamara Gverdtsiteli, Nikolai Svanidze, Svetlana Khodchenkova. Duta Skhirtladze appeared in the role of Joseph Stalin.
A year later the actress played the main role in the melodramatic comedy Necklace for the Snow Woman.
Moreover, in 2007, Olga published a book Talking Pregnancy, based on her own experience.
Since September 24, 2012 to August 29, 2014 Olga was a presenter of the program on Russia-1 channel.
The medical TV series The Personal Life of Dr. Selivanova added the actress even more popularity.
To tell the truth, the script of another medical project Zemsky Doctor was written specifically for Olga.
Also she played in the drama Mother’s Heart. Moreover, she appeared in the role of Margarita Konenkova in the biographical series Einstein Theory of Love, where her colleagues were Dmitry Pevtsov, Alexander Baluyev, Olga Drozdova.
Budina professionally performs romances, and her songs often can be heard on television.

Personal life
In 2004 Olga married businessman Alexander Naumov, who was much older than the actress. However, two years later they divorced. Her son Nahum was born in 2004.
Source: www.olga-budina.ru 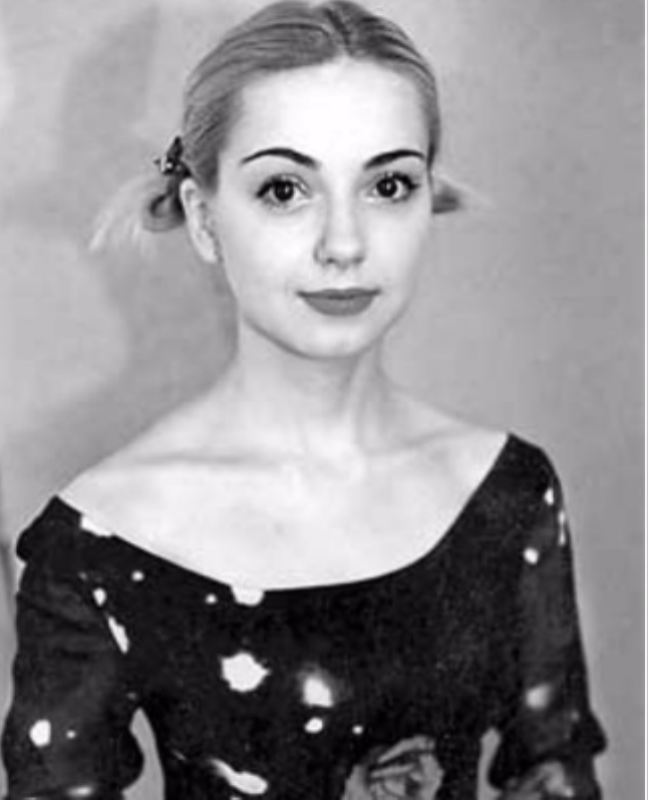 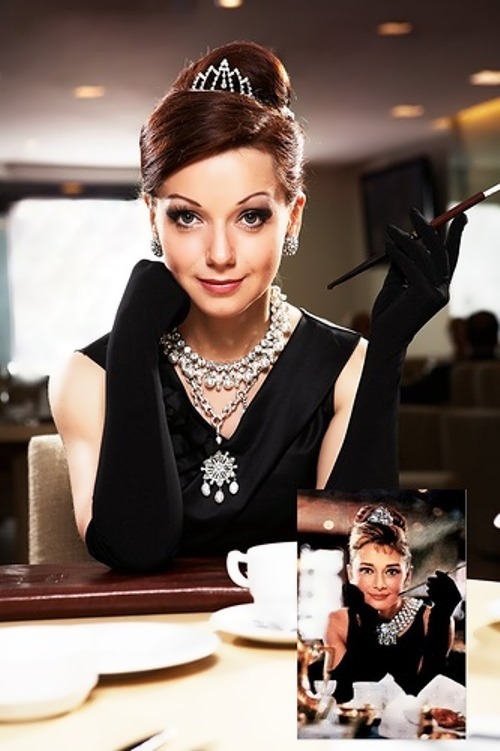 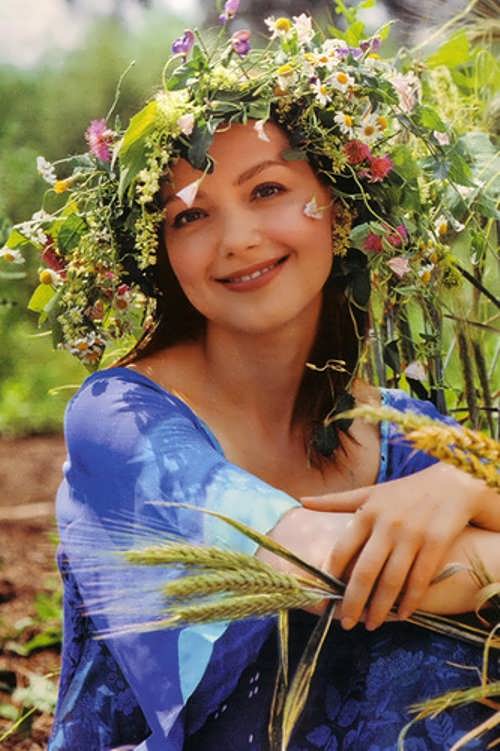 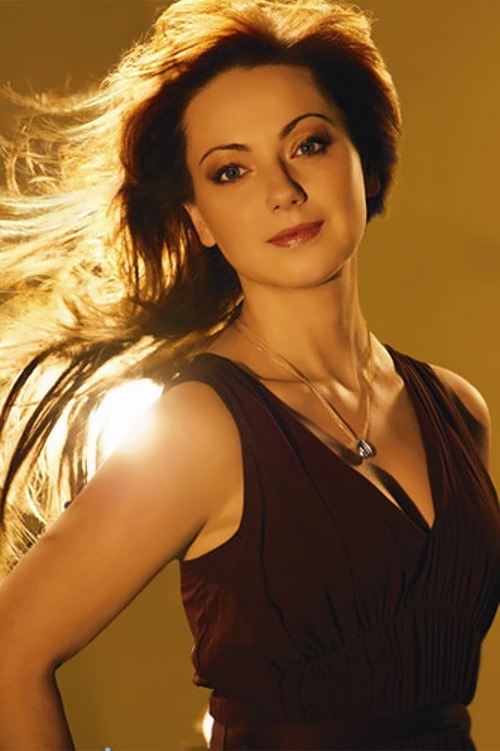 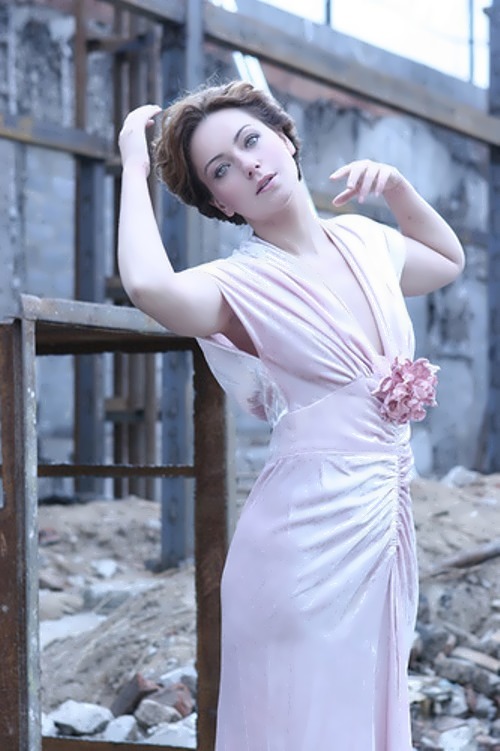 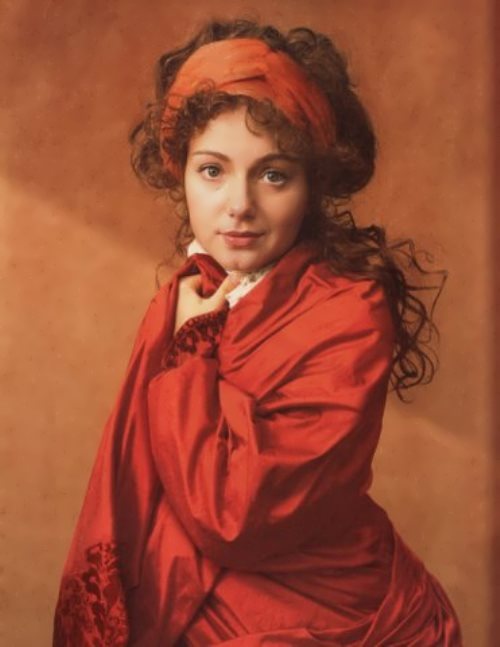 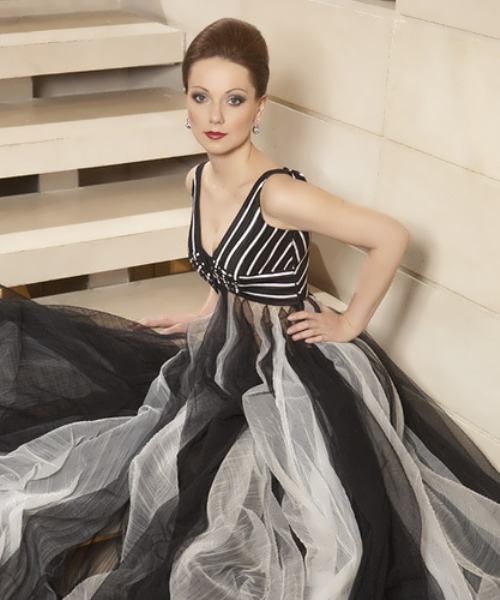 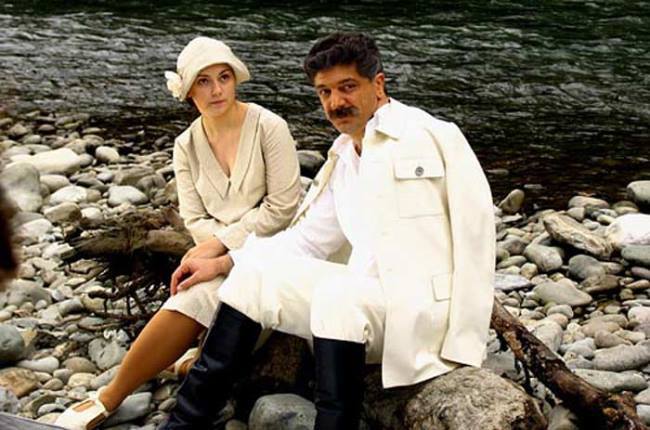 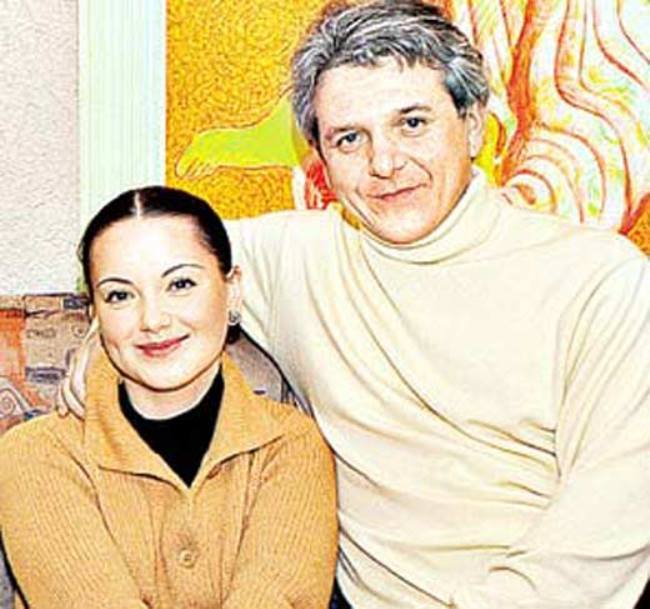 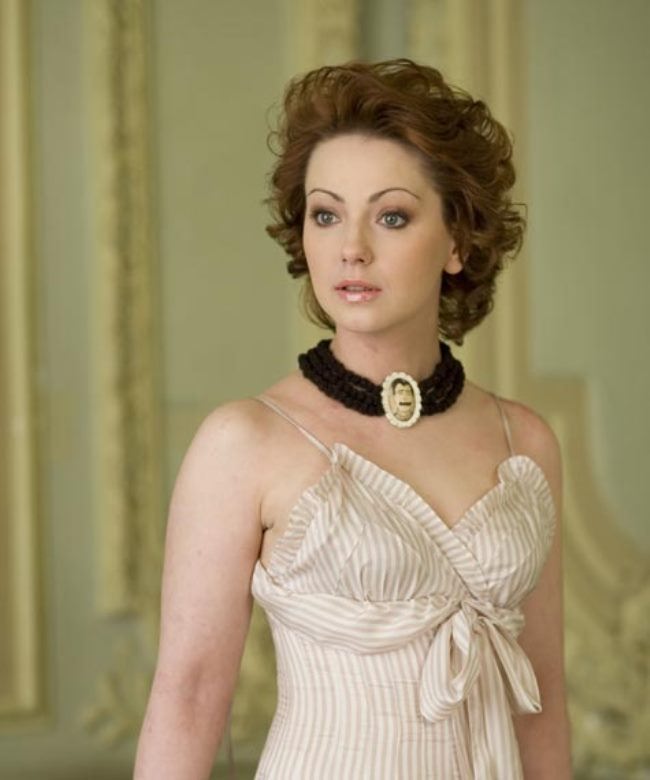 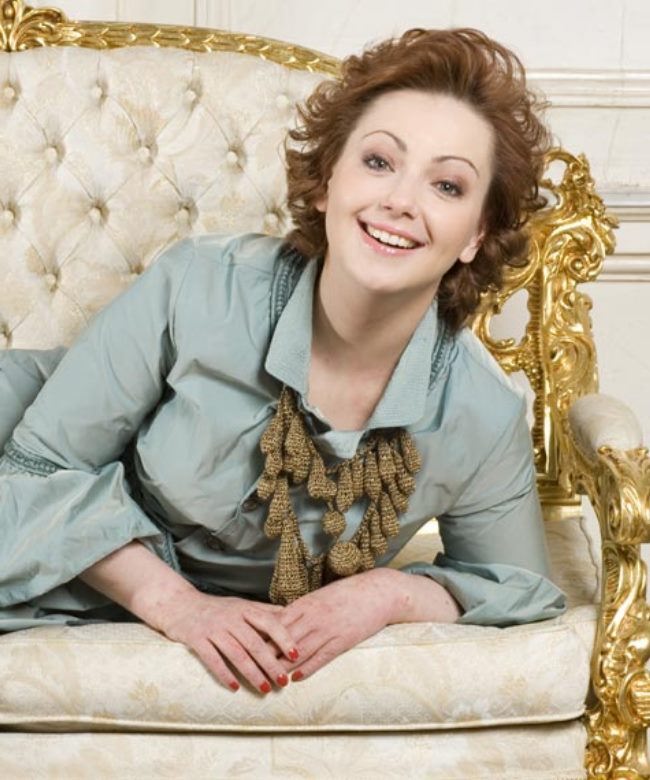 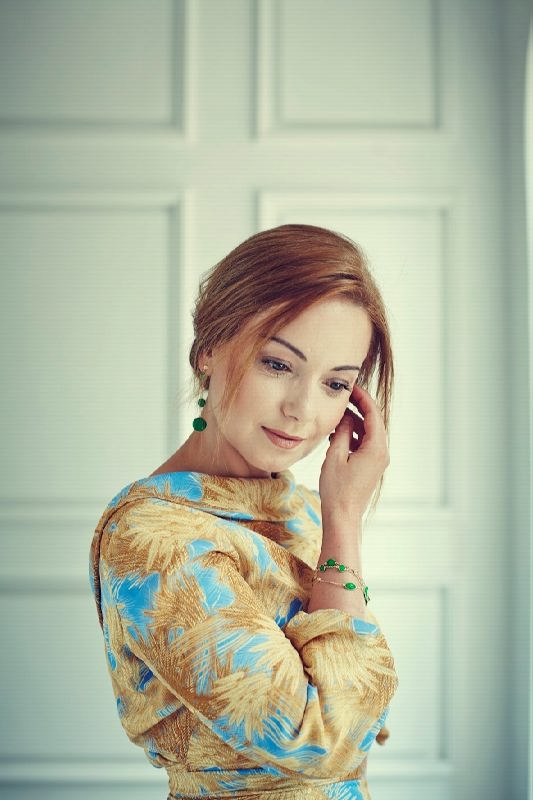 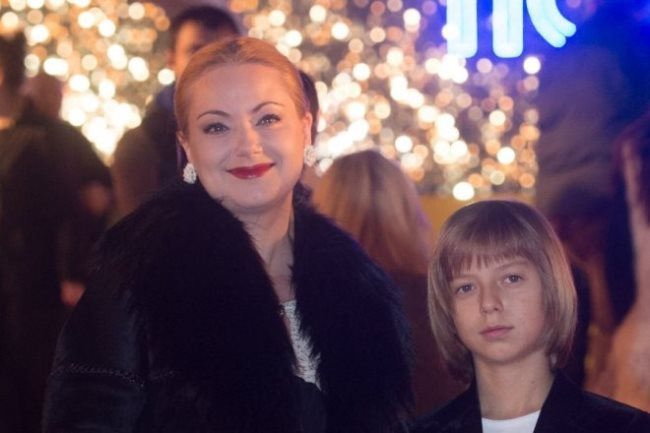 Bright actress Olga with her son 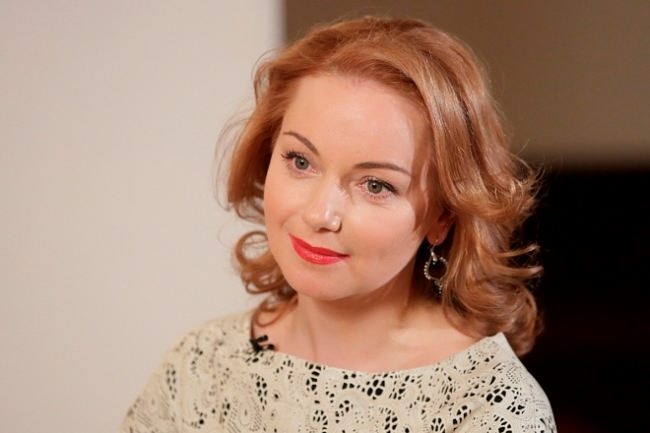 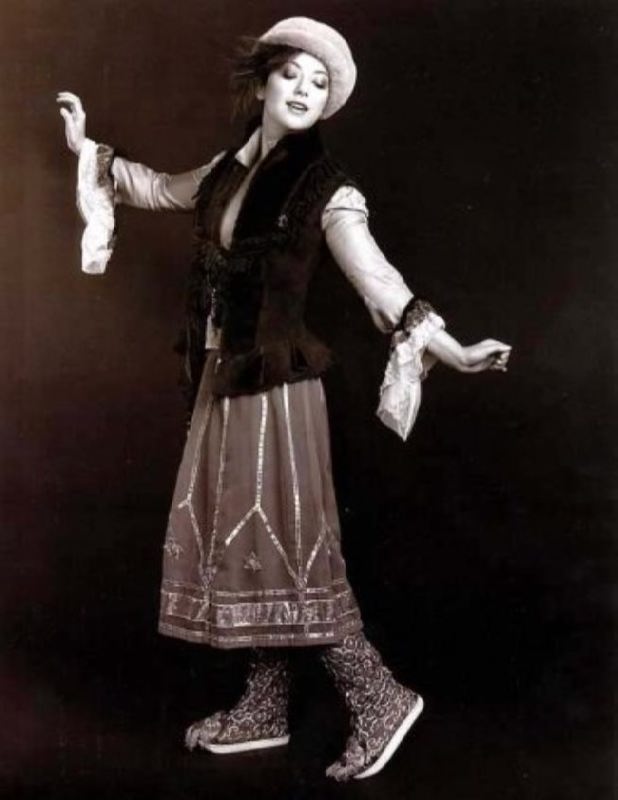 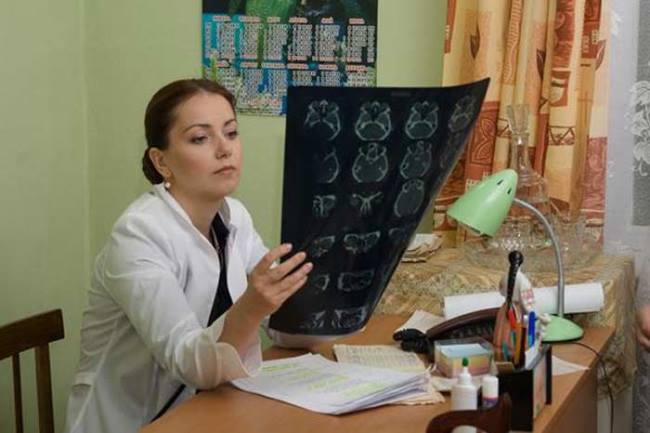 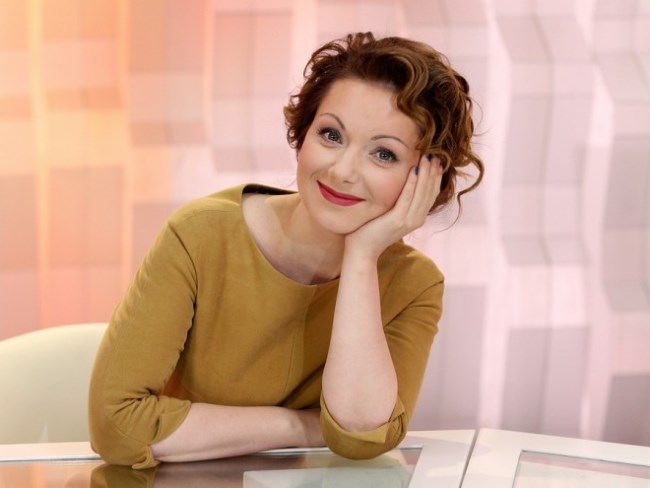 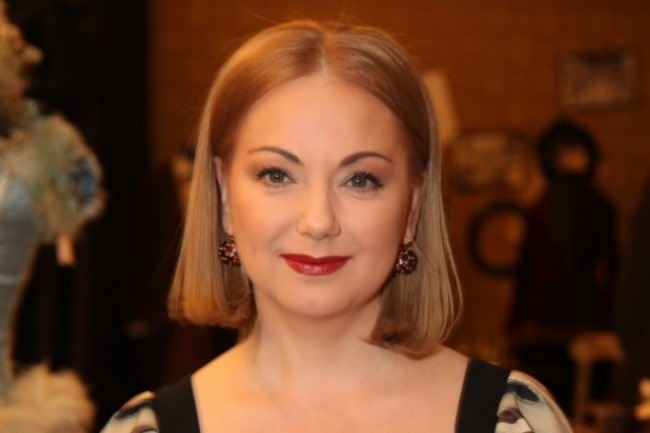 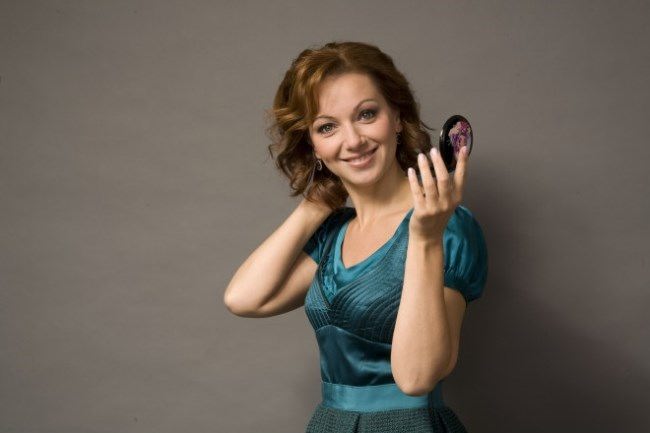 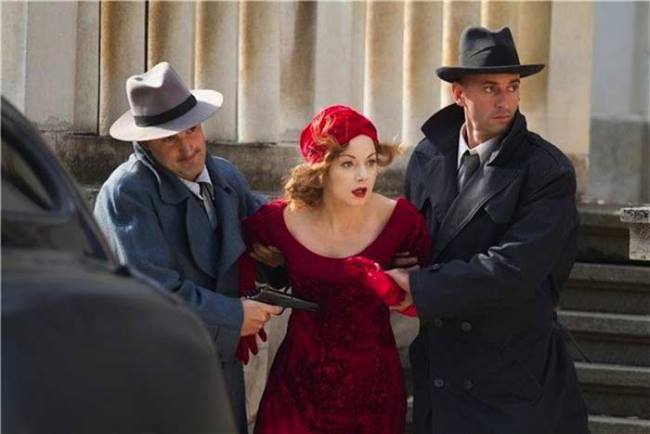 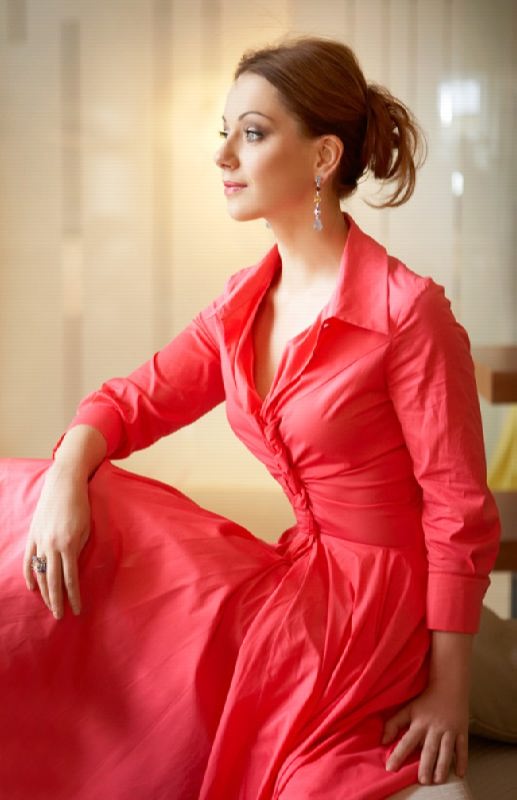