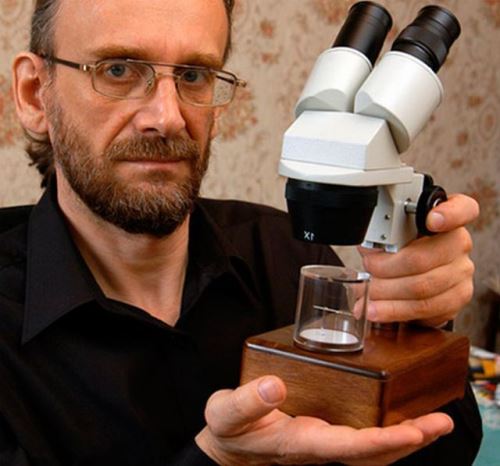 Master of microminiature Nikolai Aldunin was born on September 1, 1956 in the village of South Lamovatka, Voroshilovgrad region. Since childhood he loved metals and working as a locksmith and then as a turner at the industrial plant he comprehended all the secrets of metalworking. In 2002 he got an idea to shoe a flea. He wanted to prove that Nikolai Leskov (Russian writer; wrote a story about Lefty (Levsha), a left-handed arms craftsman from Tula, who shoed a flea) glorified Tula craftsmen not in vain. The master worked at night and wore clothes made of cotton. Microminiature is very sensitive to static electricity, which artificial materials accumulate. Nikolai had been working for three months and when finished he realized that he had found himself in the microminiature. He quitted his job and decided to start this very difficult and interesting craft. 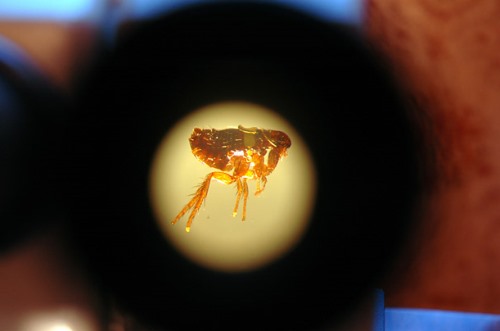 His flea is equipped with shoes, a saddle, and stirrups. It has four sparkling gold shoes with three nails in each. One horseshoe for the flea weighs 0.00000004419 grams.

Nikolai had made about a hundred of works. All masterpieces are made of gold, because the microscopic part made of any other metal can rust.
Many of his works are included in the exhibition of the Tula Museum.
Nikolai Aldunin died on September 9, 2009. He was only 53 and could create a lot of amazing works.
In the future he was going to create Mercedes of gold, silver and platinum with real car parts, metal flea. It is a pity that his plans went awry. 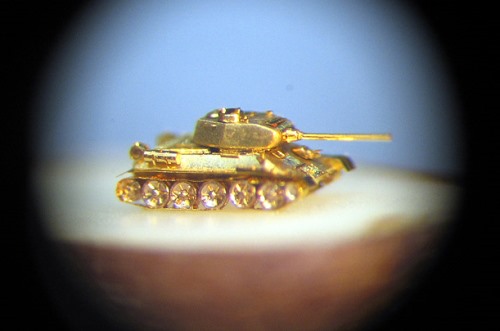 Tank T34/85 is on the apple seed longitudinal section. Housing length is 2 mm and number of pieces is 257. The tank is made of gold. It is the most difficult of the master’s works. He had been creating the tank for six months for the 60th anniversary of the Victory.
Source: nik-aldunin.narod.ru 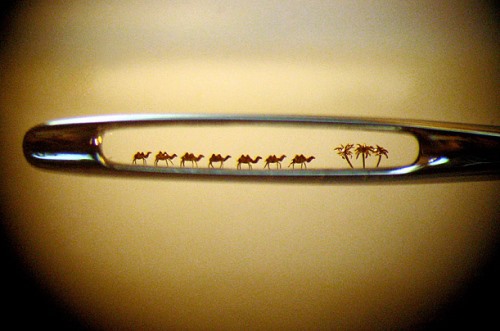 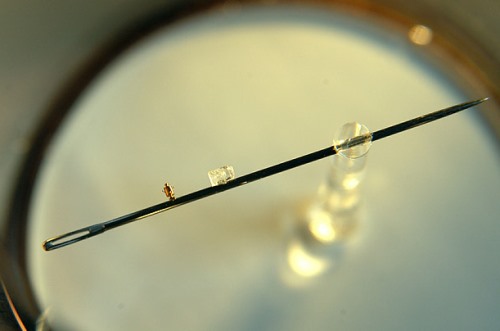 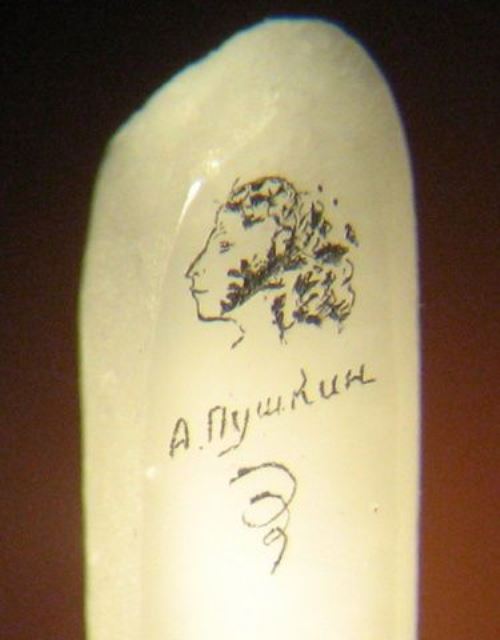 Alexander Pushkin’s portrait on the grain of rice. Height 1 mm 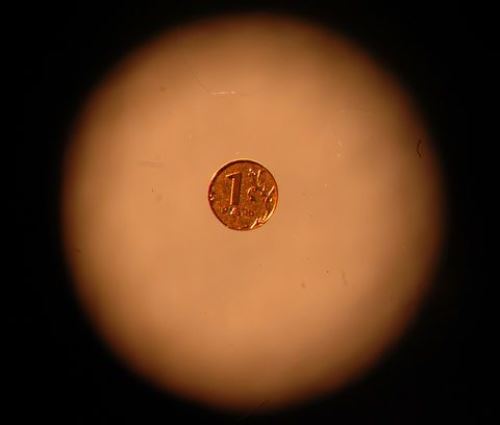 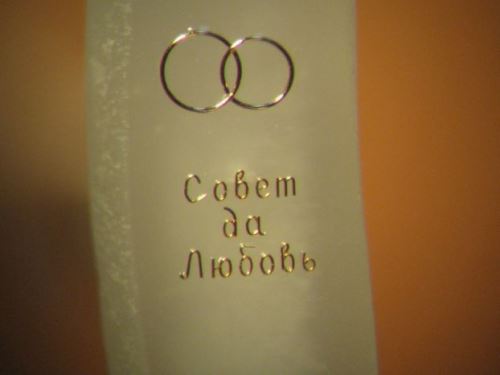 Advice and love. Happy marriage. The height of letters – 0.14 mm 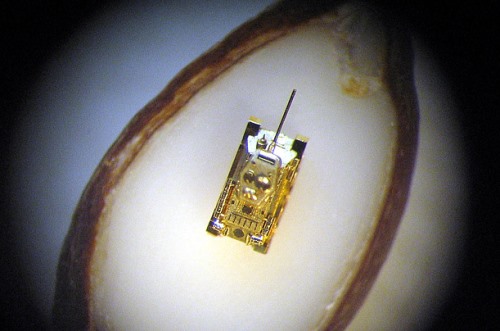 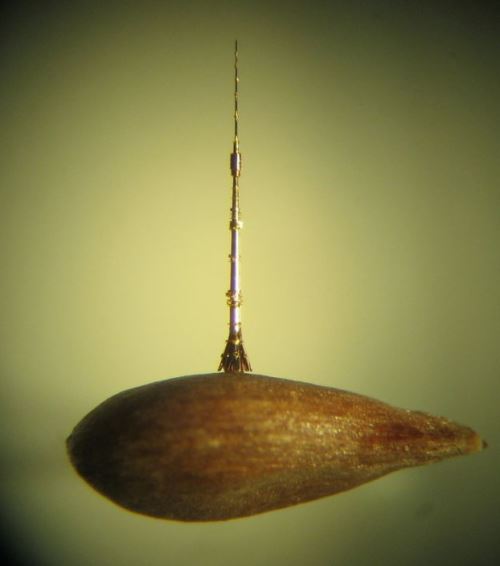 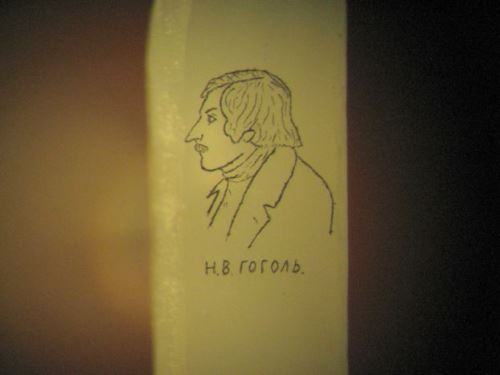 Nikolai Gogol’s portrait on the grain of rice 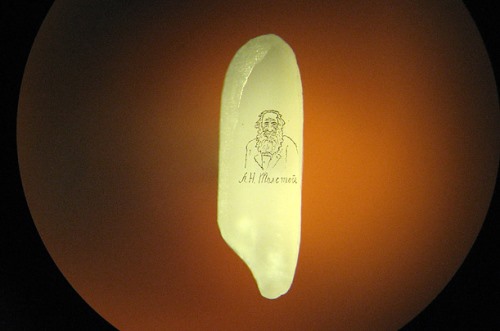 Leo Tolstoy’s portrait on the grain of rice 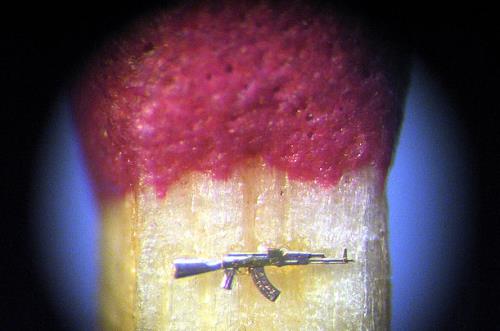 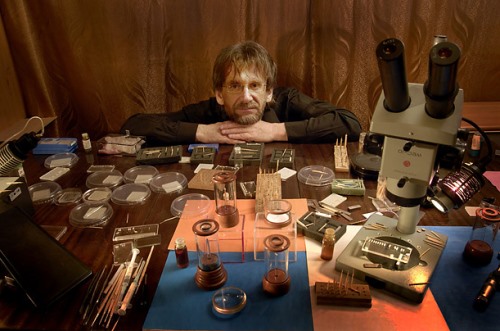 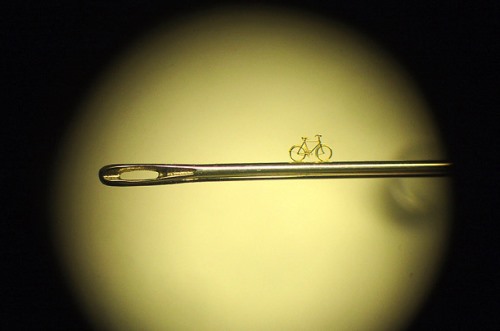 Bicycle on a needle. Length – 2 mm