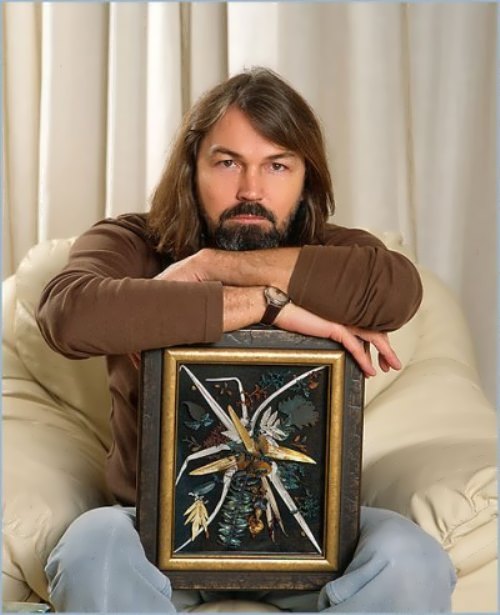 Nikas Safronov is the famous and scandalous Russian artist. He is Russian Salvador Dali, Russian Casanova, Honored Artist of the Russian Federation.
You know, he has painted many portraits of popular and influential people, including Russian President Vladimir Putin, Dmitry Medvedev, Mikhail Gorbachev, Sofia Loren, Elton John, Mike Tyson, Robert De Niro, Tina Turner and many others. By the way, his works are in many prestigious museums and private collections.
Nikas Stepanovich Safronov (real name Nikolay) was born on April 8, 1956 in Ulyanovsk. The artist has four elder brothers and a younger sister.
The creative biography of Nikas began in his school years: the boy copied illustrations from school textbooks and made attempts to develop his own style. At that time, he did not yet associate his future with the fine arts.
After finishing the eighth grade of secondary school, the young man left his native Ulyanovsk. He went to Odessa and entered the nautical school. A year later Safronov moved to Rostov-on-Don, where he entered the Rostov Art College named after M.B. Grekov.

Simultaneously, he tried his hand as a prop artist in the Rostov Theater of the young spectator, and some time he worked as a janitor, loader and watchman. In 1975, Nikas went into the army.
After the army, he moved to Panevezys, his mother’s hometown, where he continued his career as a stage designer. In 1978, Safronov moved to Vilnius and entered the art academy.
After five years of study, an ambitious designer went to conquer the capital and entered the Moscow Academic Art Institute named after V.I. Surikov. Moreover, he studied at the University of Technology and Management, Faculty of Psychology. 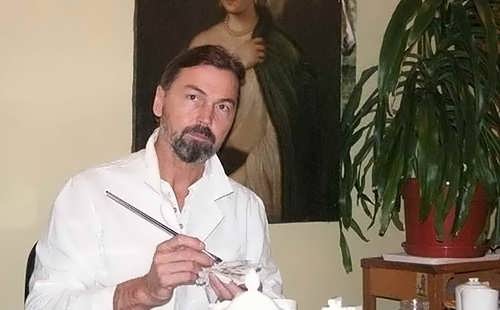 The artist began to exhibit his own works in 1972. After the exhibition in 1978, Nikas was talked about as a talented surrealist. But the first serious exhibition of his works took place in 1980 in Vilnius.
Later, after moving to Moscow, Nikas worked as an art director of the elite real estate magazine Penthouse. Also he worked for such magazines as Aura-Z, Diplomat and World of Stars.
Despite the fact that Nikas was already well known in a small circle of artists, the real fame came to him in the early 90s of the last century. At that time, Safronov began to work on a series of portraits of famous public figures and politicians. Among his clients there are presidents and high-ranking officials of Russia, Ukraine, Belarus and Turkmenistan; celebrities, including Nikita Mikhalkov, Joseph Kobzon, Madonna, Philip Kirkorov, Nicole Kidman and many others. A number of these portraits are included in a series of works called The River of Time.
The artist defines his style as Dream Vision, creative method, where classical painting is combined with active use of imagination and intuition.
Annually Safronov gives part of his income to charity. In particular, several Orthodox churches have been built on his money, including the church of St. Anne, built in Ulyanovsk and named after the artist’s mother. 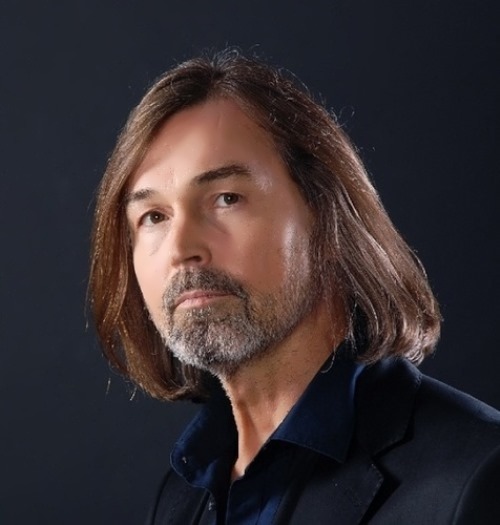 Nowadays, most of his works belong to private and museum collections in Russia and Europe. Among the present owners are such personalities as Sofia Loren, Alain Delon, Jean-Paul Belmondo, Diana Ross, Pierre Cardin, Gerard Depardieu and Montserrat Kaballe.
To tell the truth, Nikas has many awards. In the spring of 2011, he was awarded the Golden Medal of the Russian Academy of Arts. And in 2013 he became Honored Artist of the Russian Federation. Since 2006 he is a member of the International Royal Academy of Culture, Education and Arts of the United Nations. He was awarded a Gold Medal by the American Academy of Motion Picture Arts and Sciences, the International Order of St. Constantine the Great, the Order of St. Stanislaus and the Order of St. Anne II degree. He even has a star in the constellation of Andromeda named after him. The Cambridge International Biography Center awarded him the honorable title of Living Legend.
You know, Safronov lives and works in Moscow, Italy, England.

Personal life
In one of his numerous interviews Nikas told that he escaped from his first wife during the honeymoon. At that time, in the early 1980s, a young artist arrived to conquer the capital and lived in a communal apartment. He met a girl from a wealthy Yugoslav family. She studied at the Sorbonne, and came to Moscow with tourists as an interpreter.
In 1984, Nikas and Dragana got married and the wedding ceremony was held in Moscow and Paris. The newlyweds went to the Yugoslav villa. A week later Safronov realized that he had made a mistake and fled from his wife. Their marriage lasted for 20 days.
A year later Nikas met a new love, Scottish girl Angela. However, their relationship was short-lived.
Francesca Vendramin became his second wife. She was 11 years younger than the artist. They met each other in 1990 and divorced after thirteen years of marriage. His son Stefano Safronov was born in 1992. When the boy was four months old, his father left for Russia, because he was running out of a visa. But he did not return to Italy any more. 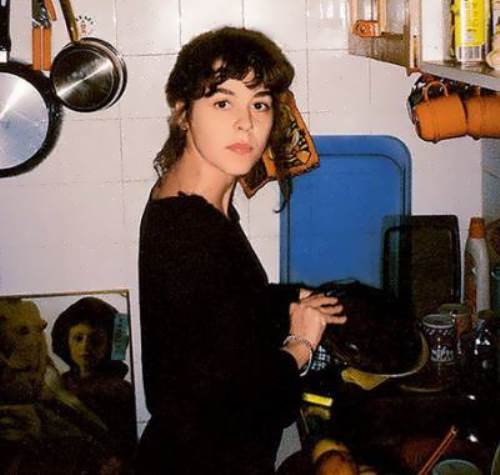 In addition to Stefano, Nikas has three illegitimate sons. Dmitry (born in 1985) lives in Lithuania; Luka Zatravkin (born in 1990) is a talented pianist; Landin (born in 1999) lives in Australia.
His third wife is Maria (informal marriage). The girl is 24 years younger than the artist. 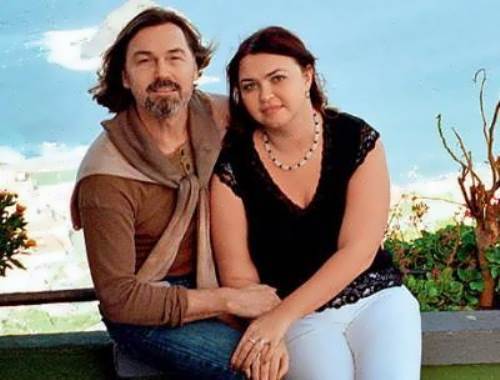 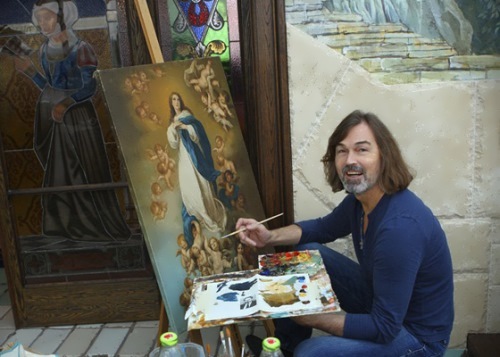 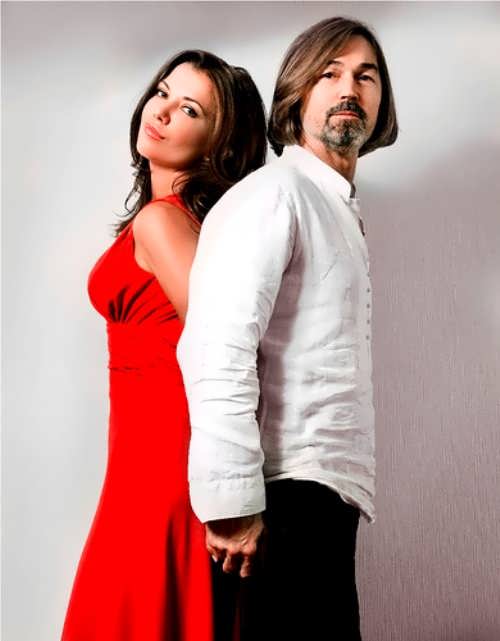 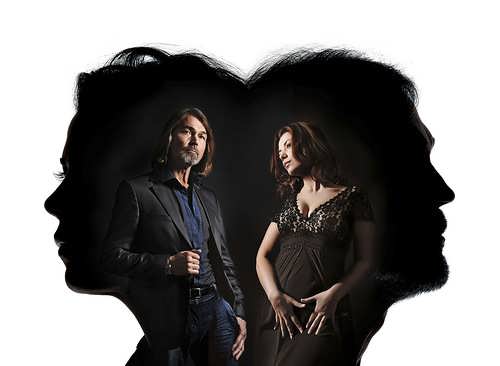 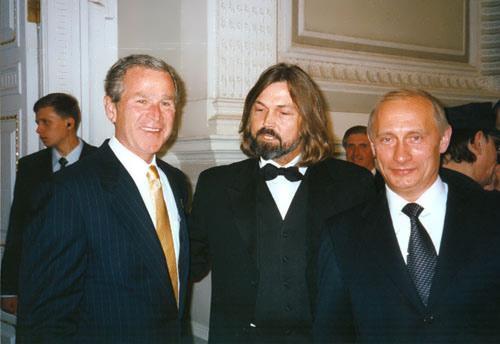 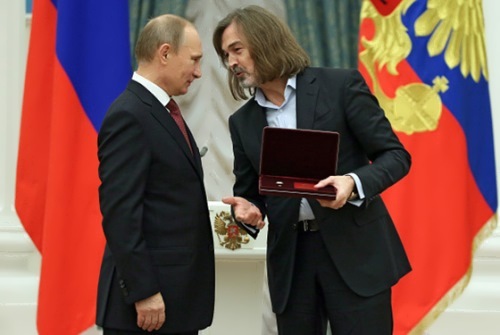 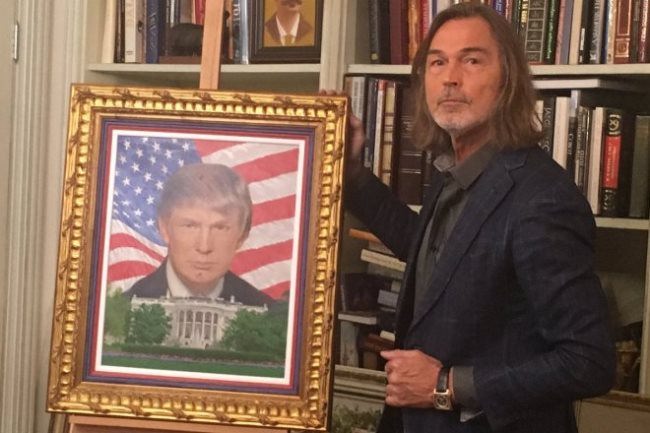 Bright Nikas Safronov with a portrait of Donald Trump 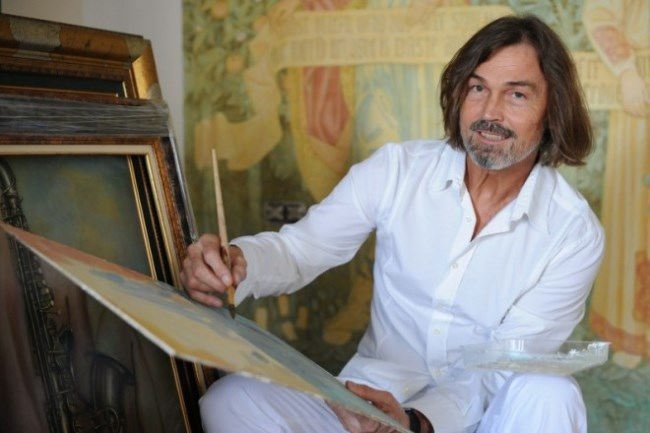 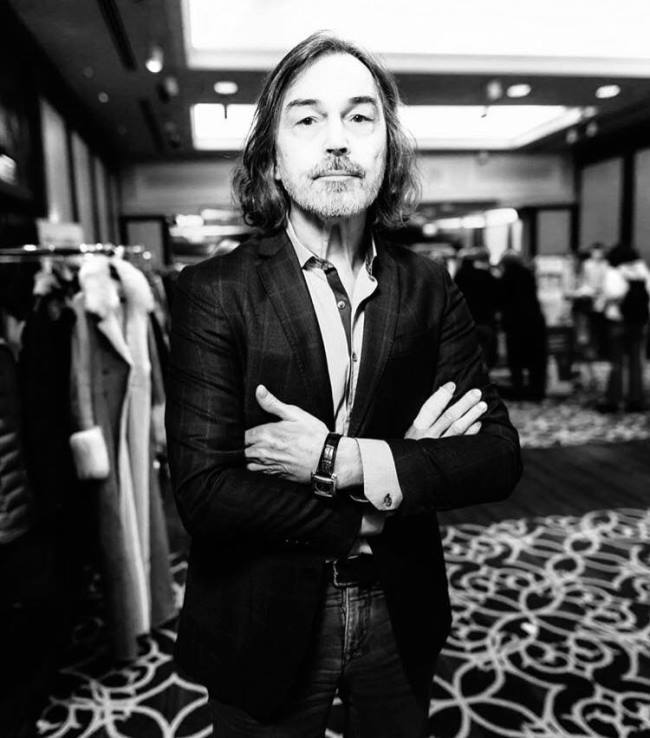 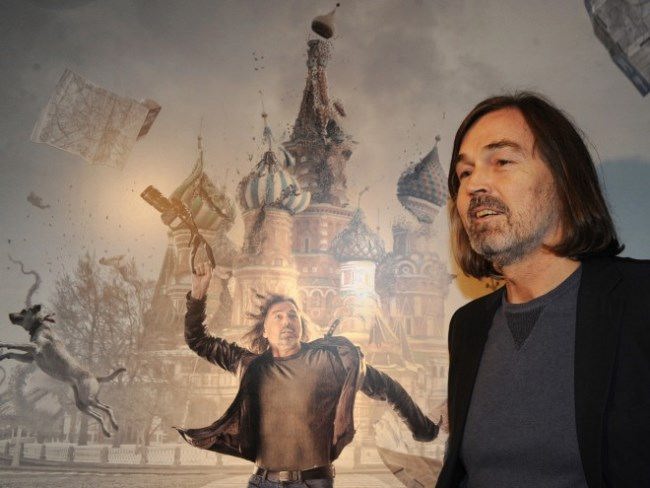 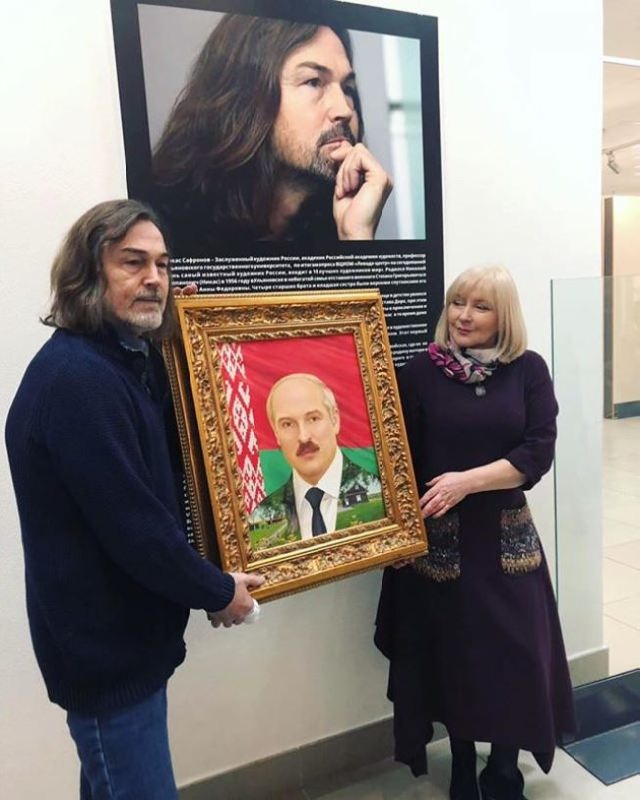 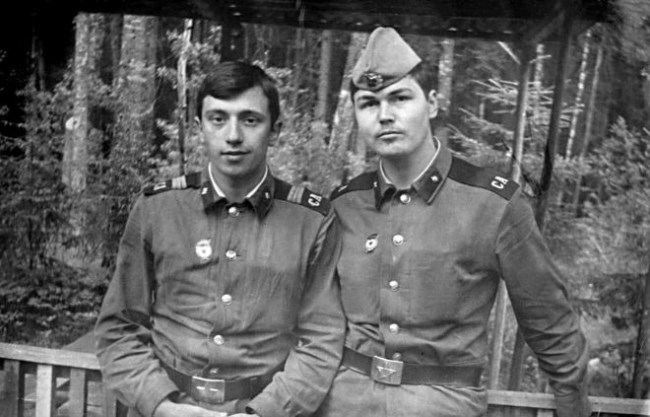 Some of artist’s works 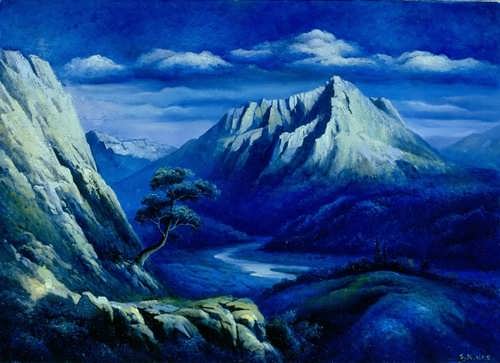 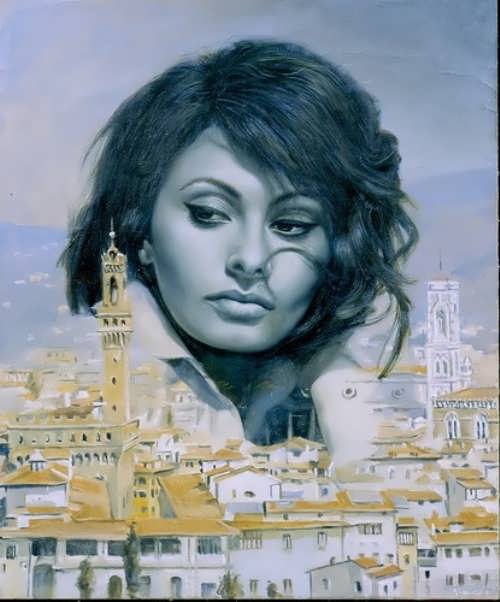 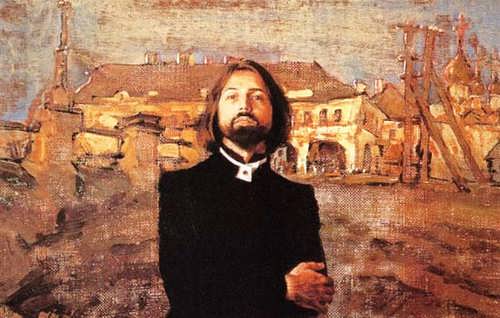 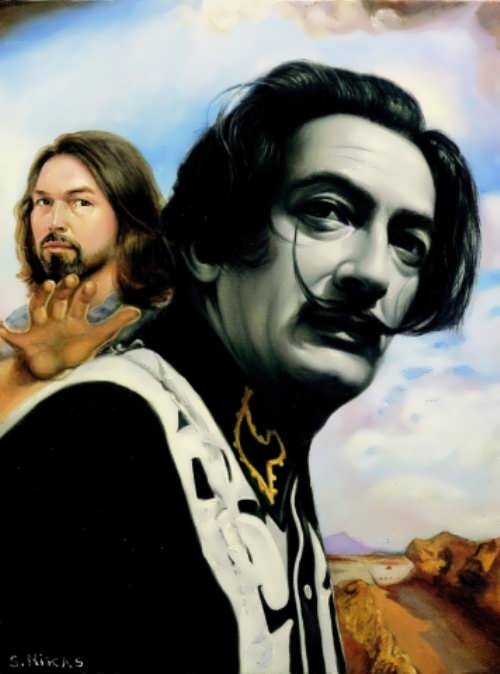 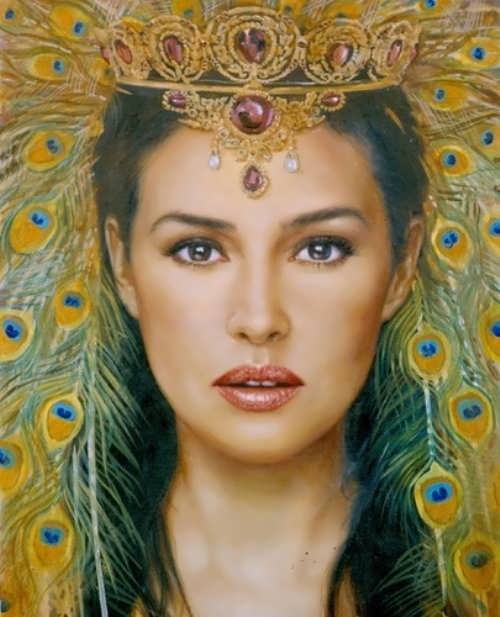 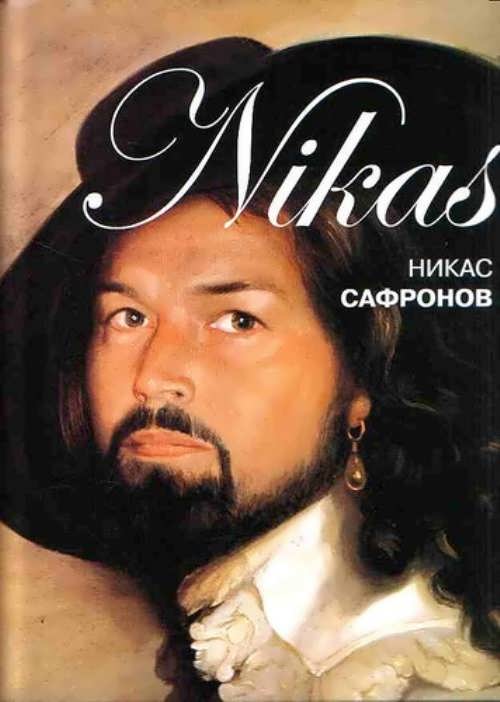 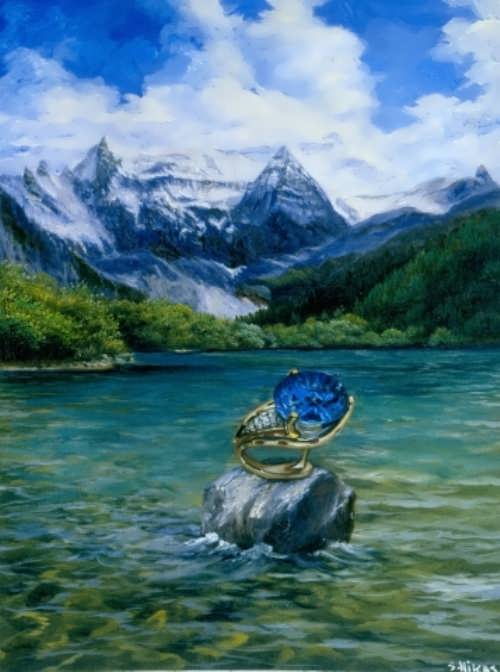 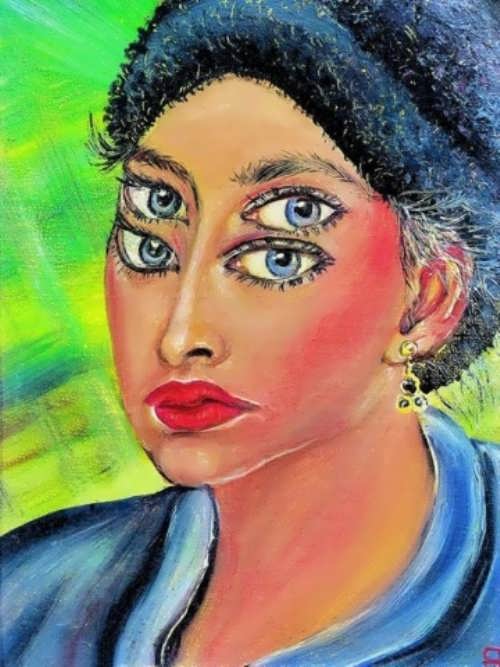 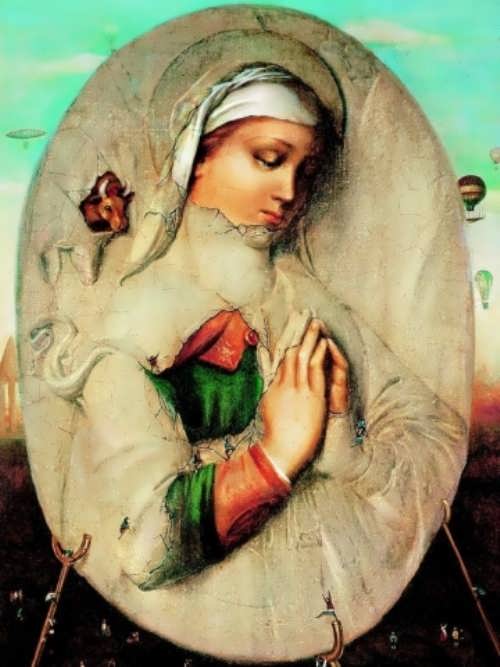