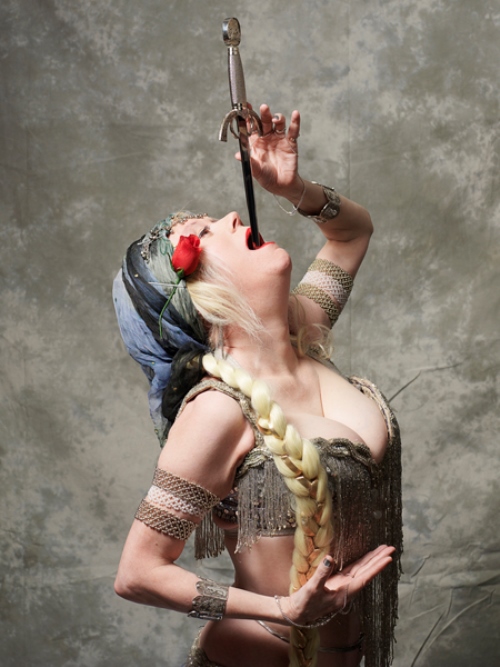 Natasha Verushka is a gorgeous woman. She is a Belly dancer and the world’s only female sword swallower. By the way, she is two time Guinness world record holder and five time SSAI (sword swallowers association international) World Record holder.
Awesome girl was born in India, but she is of Russian and British descent.
She speaks several languages and performs her art around the world. Now she lives in New York City.
In her shows Natasha uses different types of swords: The Red devil 29 inches long, The Big Sword 27 1/2 inches long, The Bradshaw Sword 25 inches long, The Sai Weapons, Neon Sword, The Balance Sword 33 inches, The Shiv 24 inches, The Meyer Sword (20 inches) and many others!
To tell the truth, the most dangerous sword, she swallowed, is the Neon Sword. It is 24 inches of glass and poison gas! 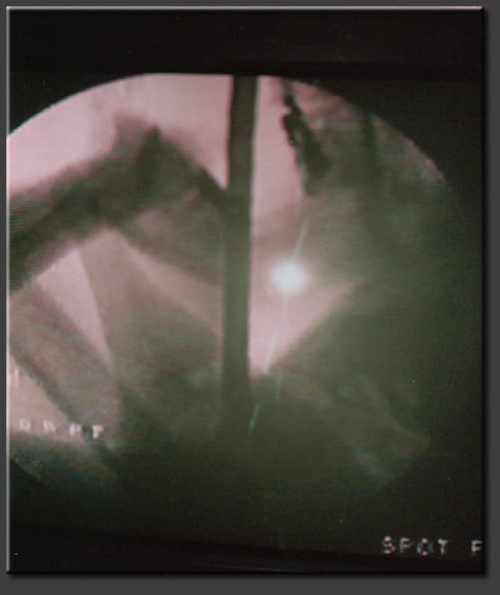 Also Natasha is a World Class Belly Dancer who has won many national and international belly dance competitions.
Verushka combined sword swallowing with belly dancing, as a result – an unbelievable show! 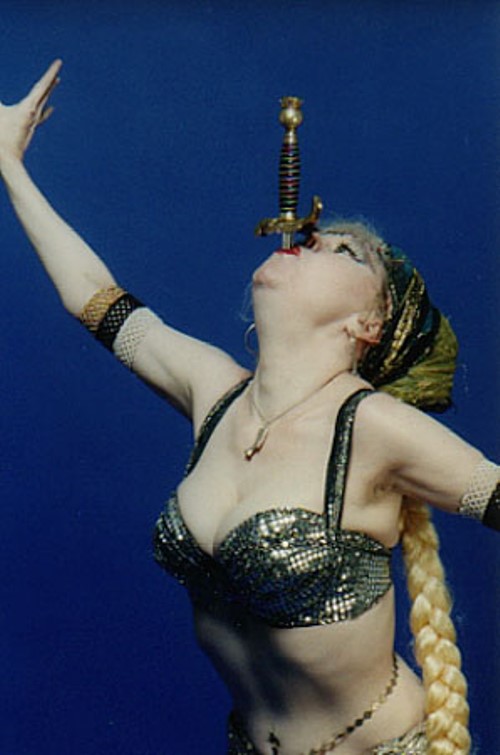 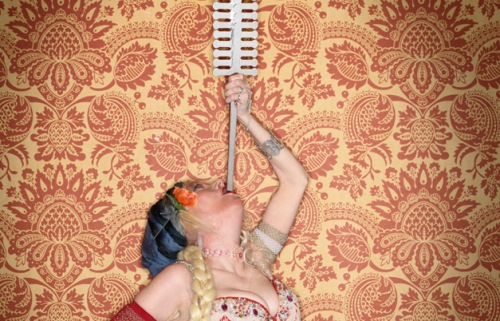 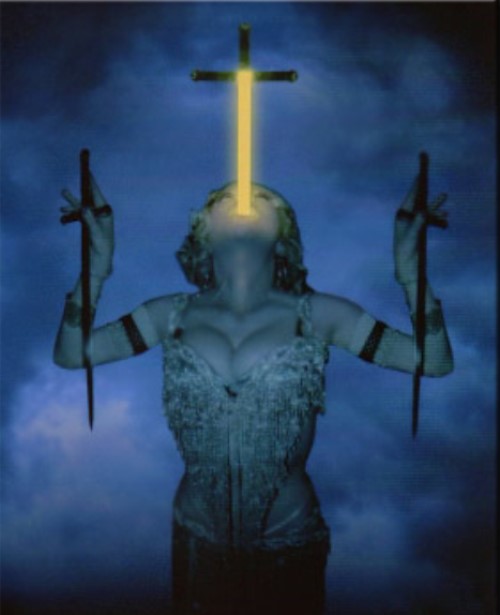 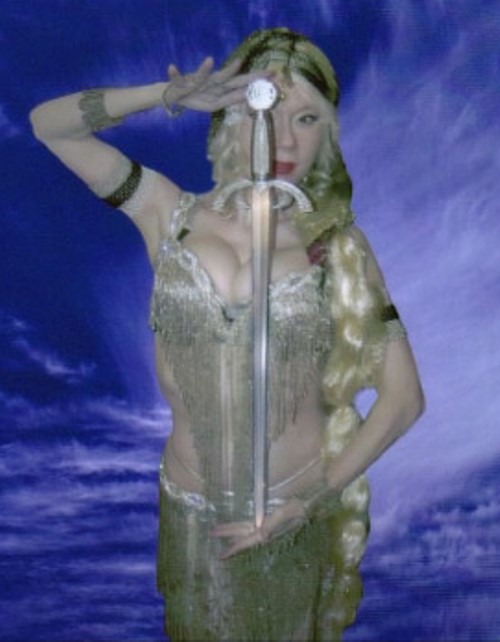 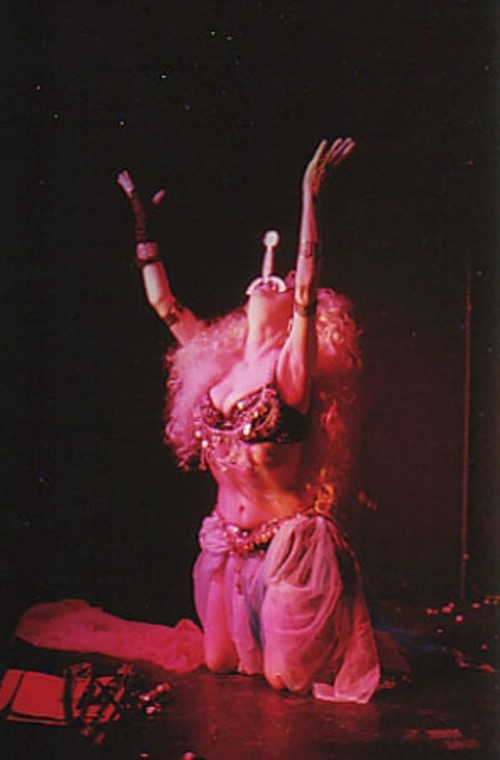 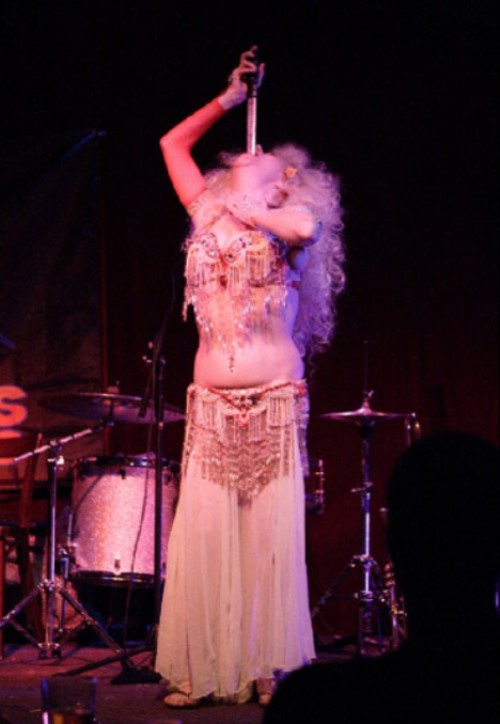