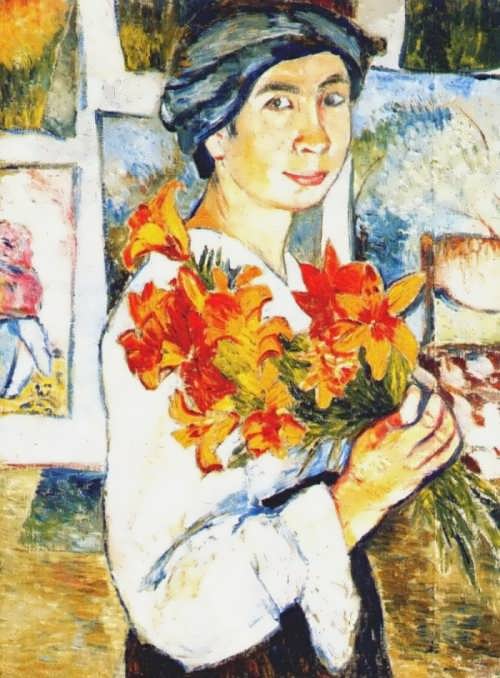 Natalia Goncharova was the famous Russian avant-garde painter, set designer and graphic artist. She made a significant contribution to the development of the Russian avant-garde art. You know, Natalia was a distant relative of Russian writer Alexander Pushkin’s wife Natalia Nikolaevna (nee Goncharova).
Her paintings are more expensive than the works of any other female artist in history.
The girl was born on August 16, 1881 in Tula region into a family of an architect. In 1891 (according to other sources in 1892), her family moved to Moscow.
Inspired by art, Goncharova entered the Moscow School of Painting, Sculpture and Architecture, where she studied from 1901 to 1909. There she met Mikhail Larionov, who later became her husband. They participated in various Russian and European exhibitions. Goncharova and Larionov were influenced by Cubism and Futurism, and developed their own style – Rayonism.

At first Natalia was engaged in sculpting and later became interested in painting. K.A. Korovin was the first mentor of the young artist.
On March 24, 1910 her first solo exhibition (22 paintings) was held in Russia.
In 1912 Goncharova worked on illustrations for literary works. Natalia was one of the first to apply the technique of collage in book decoration, ahead of most European artists.

By the way, Natalia took part in the World of Art, Union of Youth, Moscow Salon exhibitions, an exhibition of the Futurists in Rome, Post-Impressionists in London (1912), Sturm gallery in Berlin, first German salon d’Automne (Berlin 1913), an exhibition of contemporary painting (Ekaterinodar, 1912).
Her solo exhibitions were held in Moscow in 1913 and in St. Petersburg in 1914. More than 700 works created from 1900 to 1913 were presented there.
In 1913, Goncharova and her husband starred in the film Drama in Cabaret No. 13.
Besides, Goncharova and Larionov were among the organizers of futuristic exhibitions – Jack of Diamonds, Donkey’s Tail and others.
In April 1915, the last lifetime exhibition of Goncharova’s works was held in Russia.
What is more, in June 1915, Diaghilev invited Goncharova and Larionov to work in his Russian Seasons. So they emigrated to France. Later they were prevented from returning to Russia by the revolution.
Natalia and Mikhail lived in Paris in an unusual old house. The famous poet Marina Tsvetaeva and Nikolay Gumilev often visited them.
The artist died on October 17, 1962 in Paris. 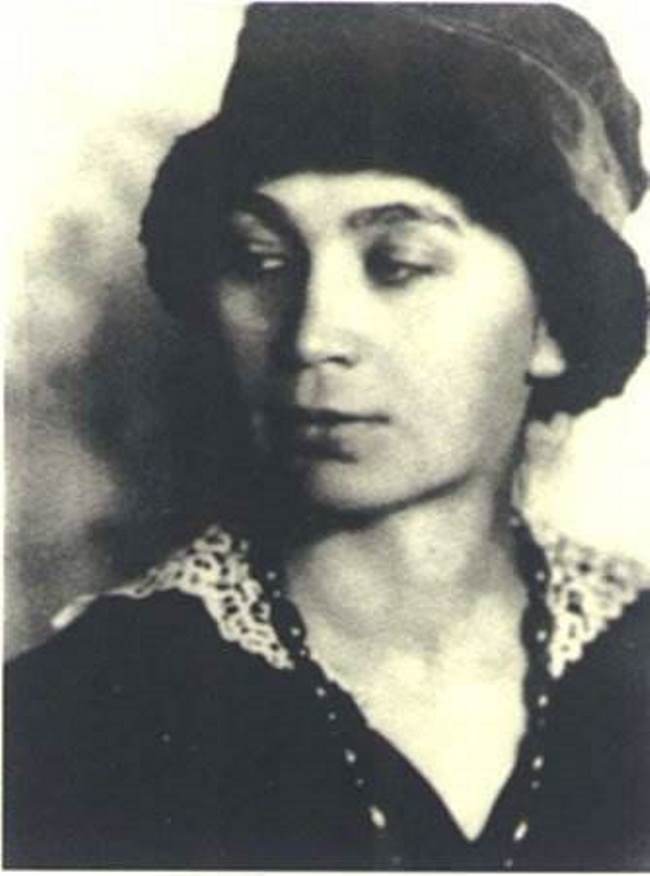 To tell the truth, her works are very far from the extravagant works of avant-garde artists of that time, but much closer to primitivism and realism, which does not allow them to be considered truly avant-garde.
Read more: Most Expensive Works of Art by Female Artists 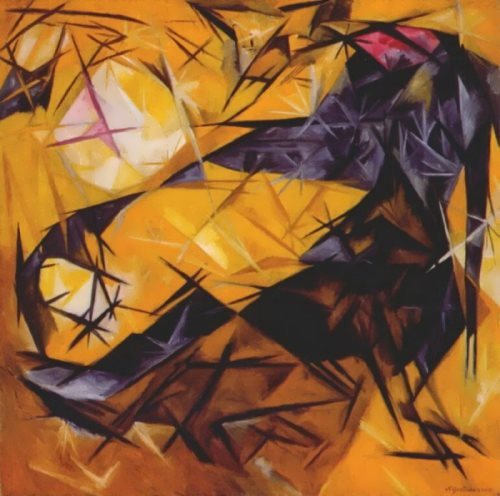 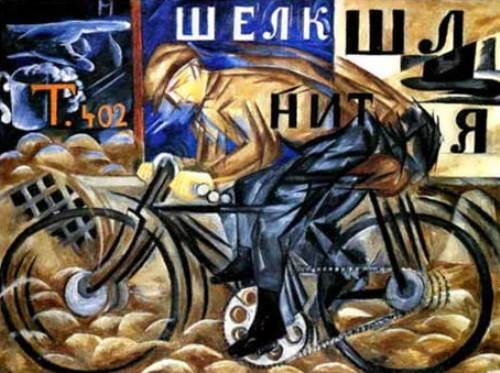 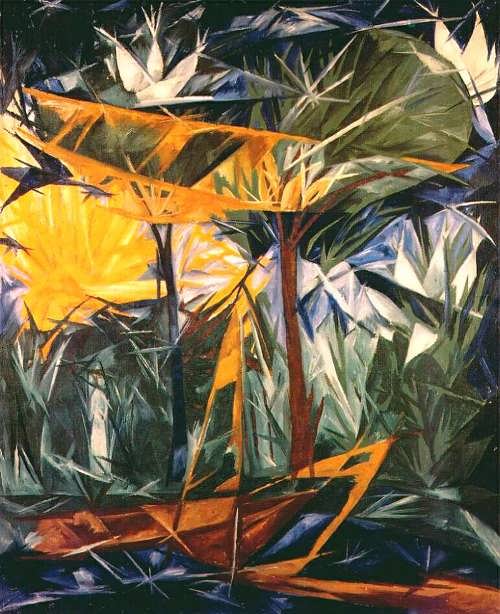 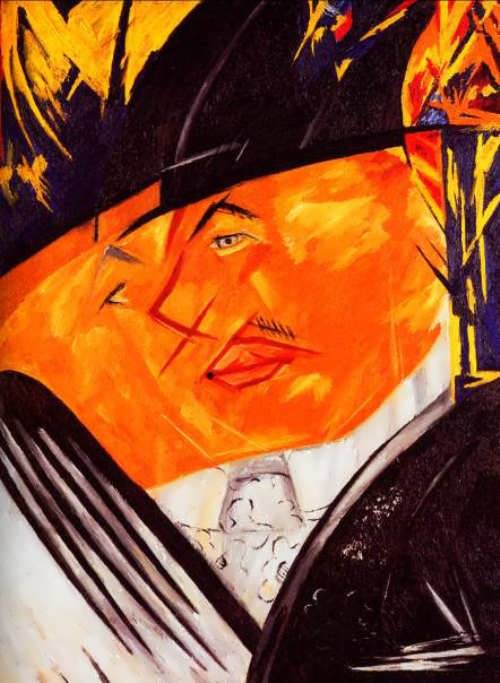 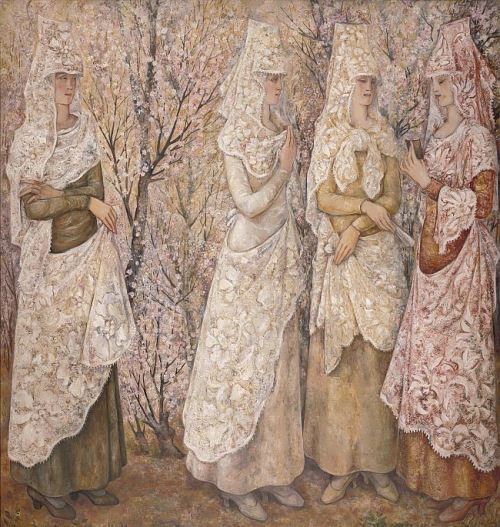 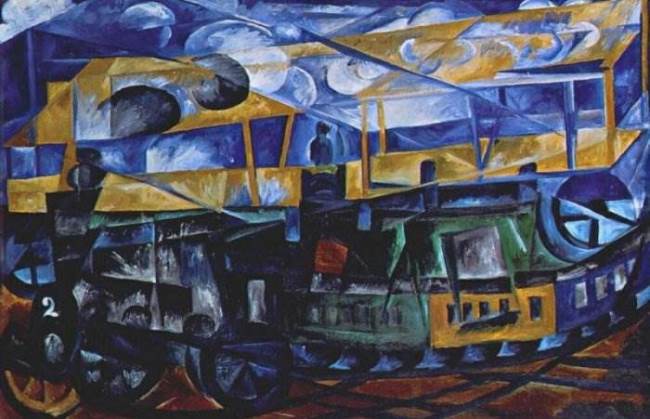 Airplane above the train 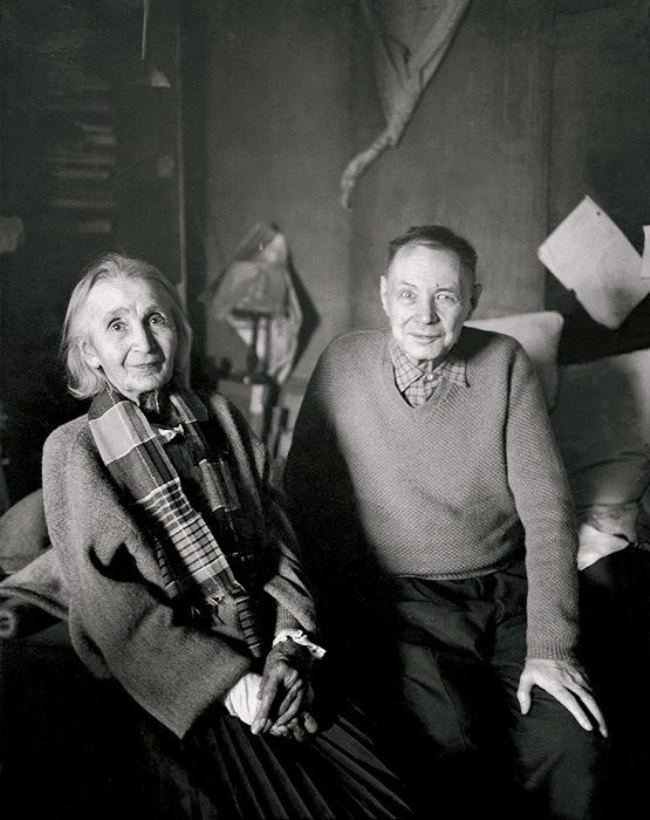 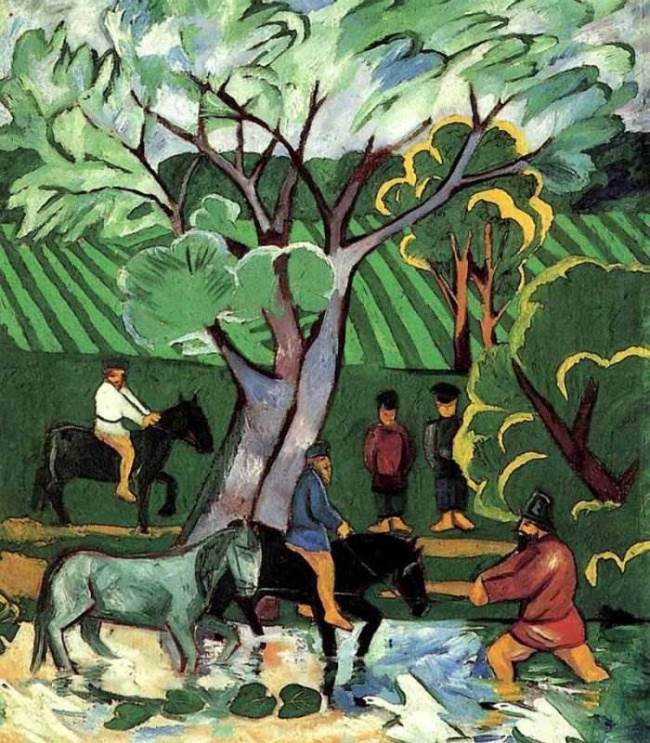 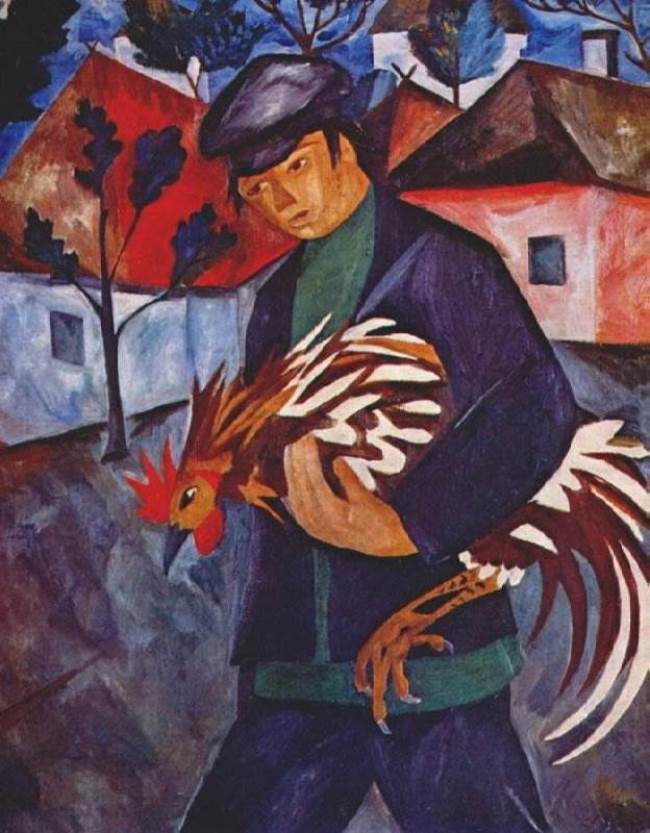 Boy with a cock 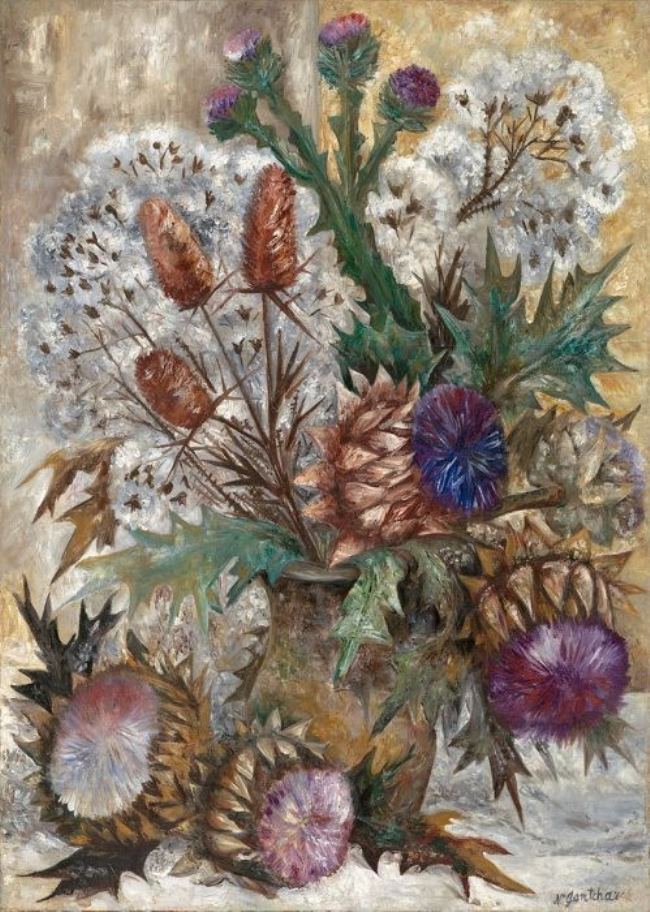 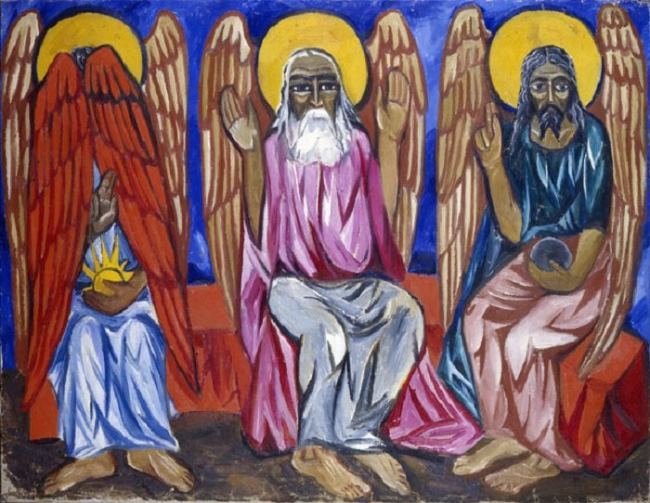 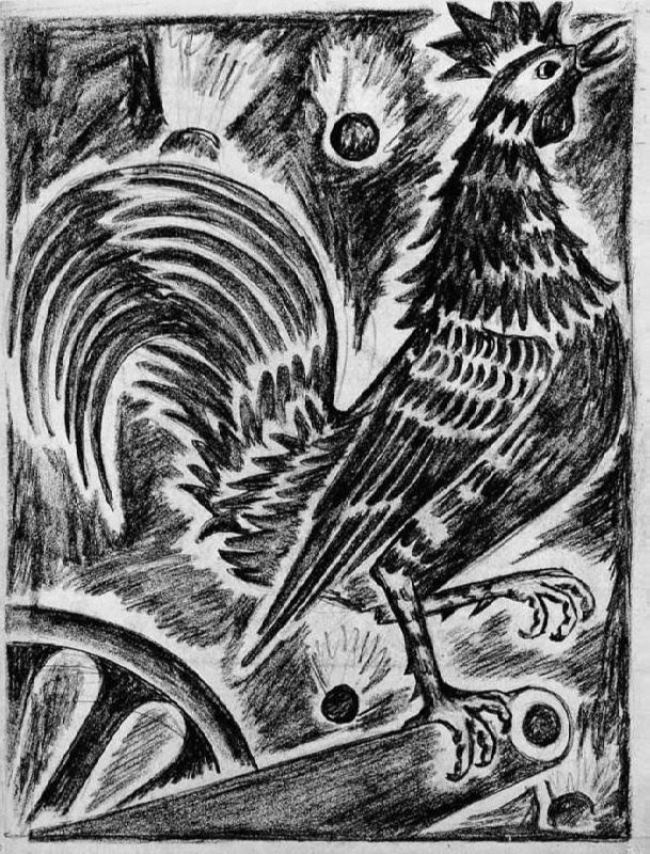 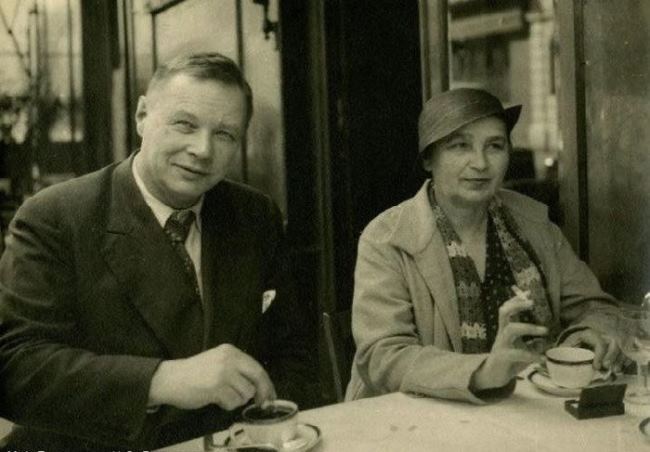 Goncharova and Larionov in Paris 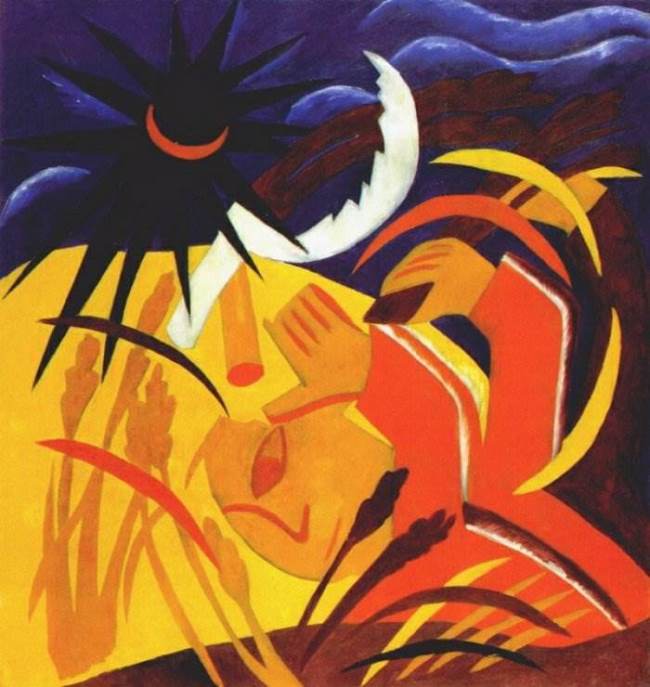 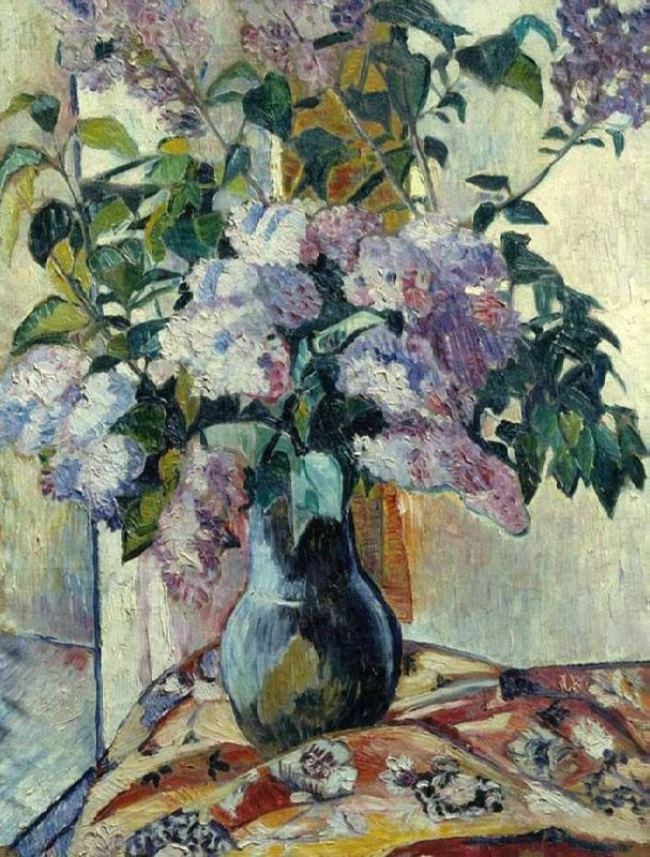 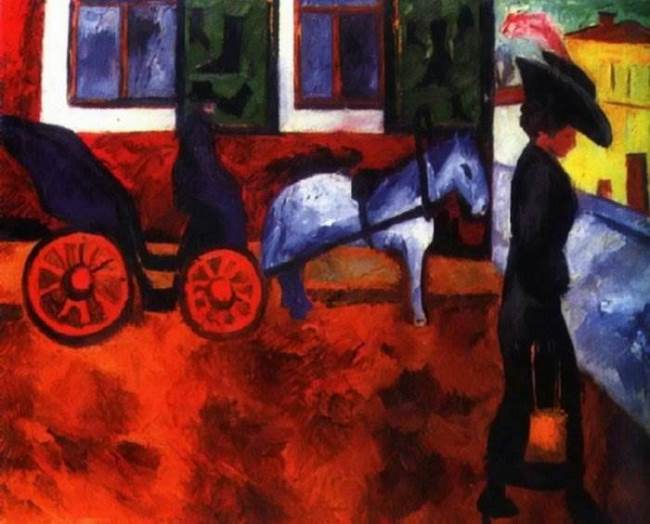 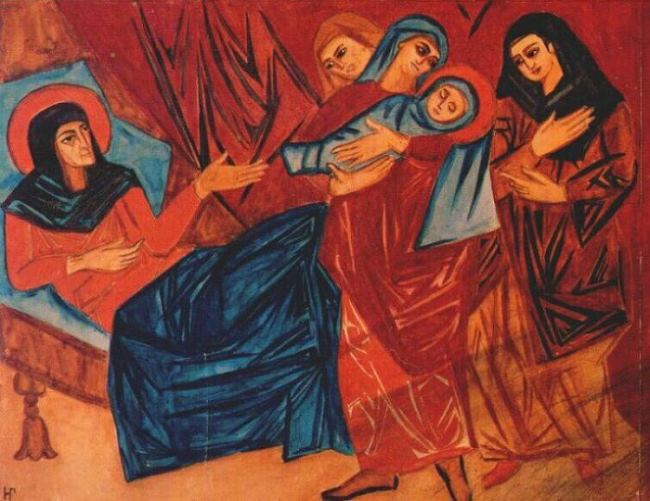 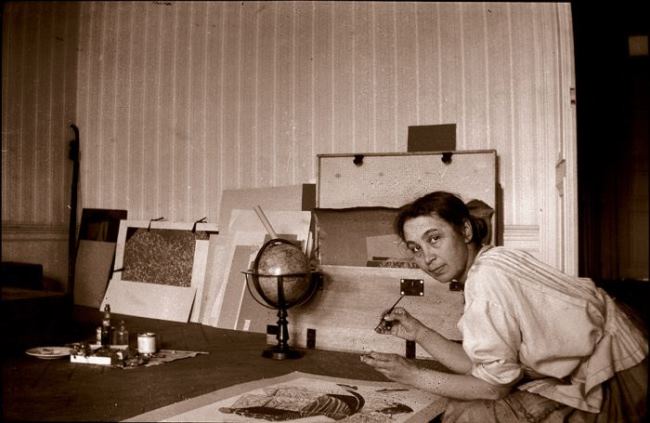 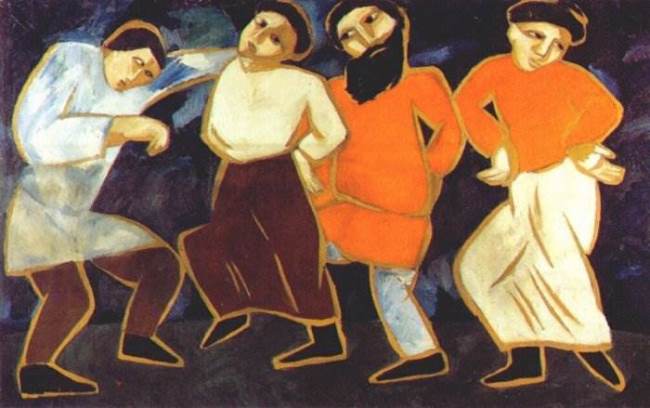 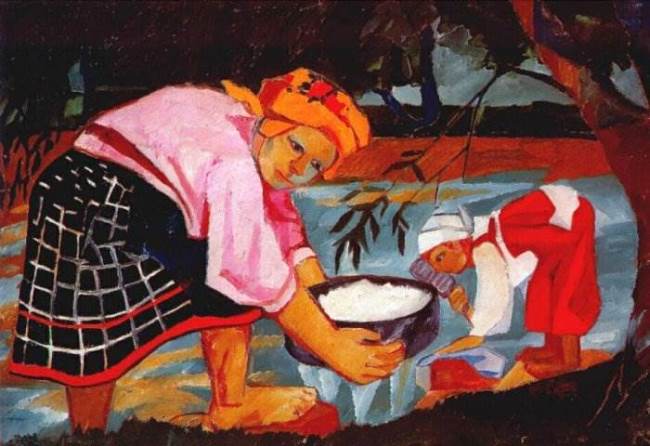 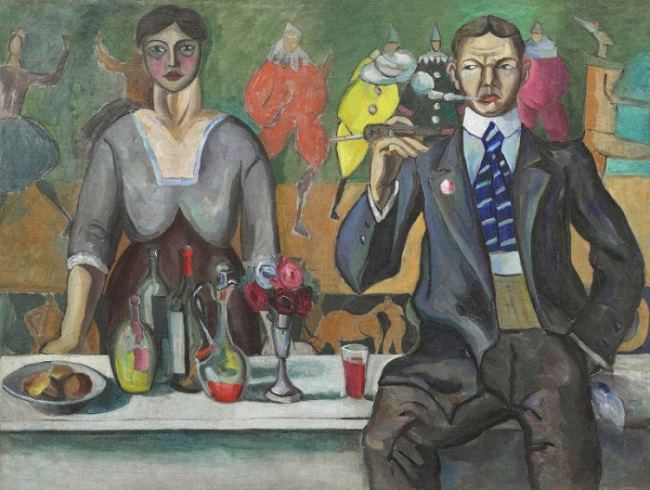 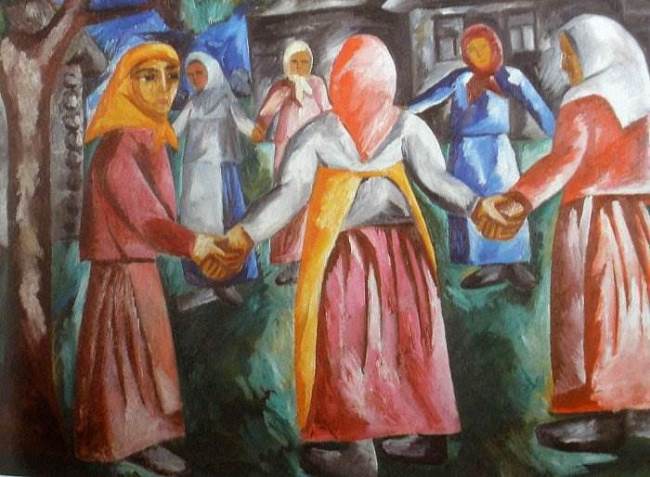 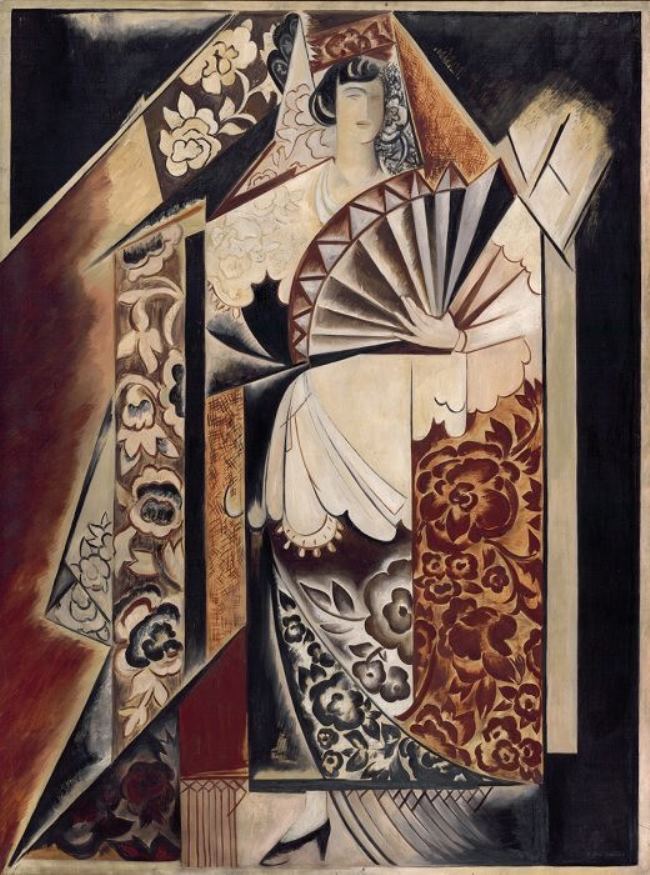 Spaniard with a fan 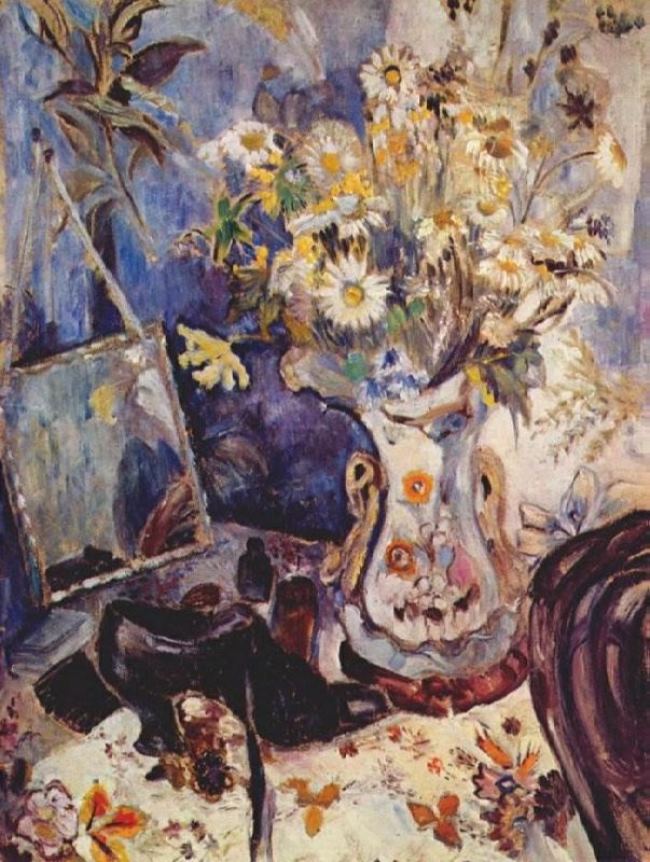 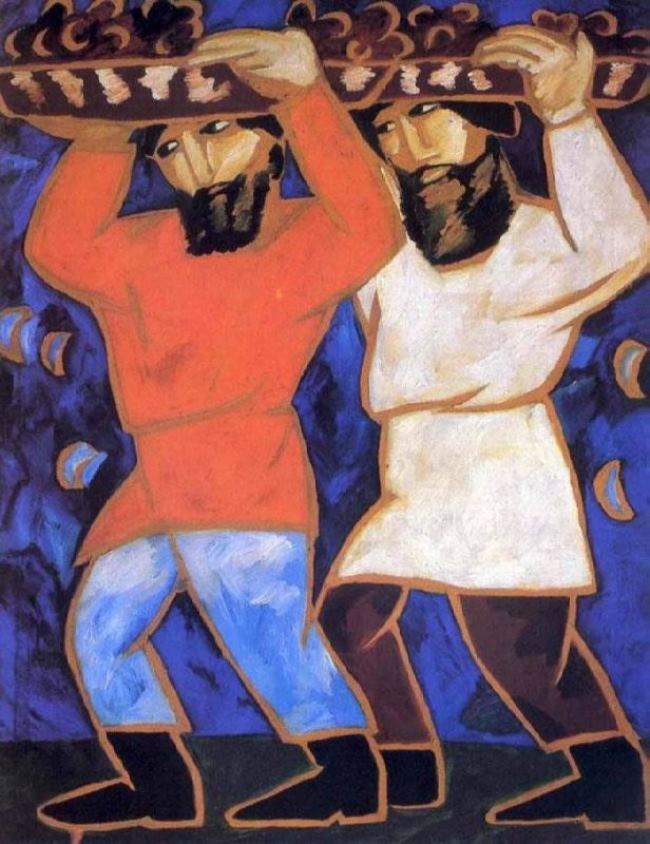