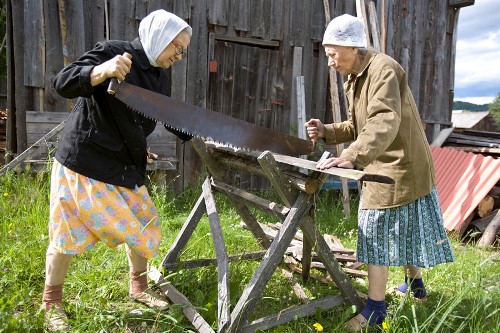 Nadia Sablin was born in 1980 in the Soviet Union but in the 90th her family emigrated to America.
Sablin received her Master of Fine Arts degree from the University of Arizona. Now she lives and works in Brooklyn, New York, and St. Petersburg, Russia. Her works are exhibited in Griffin Museum of Photography, Wall Space Gallery. Also they are in the permanent collections of the Philadelphia Museum of Art and the Museum of Art in Cleveland.
In 2011, Nadia was among the winners of the Magenta Flash Forward for young photographers. By the way, she received a Puffin Foundation grant for her photo project about two sisters.

Here is some information about the photo project Two Sisters.
Nadia spent three summers with her aunts in Alehovshchina, taking photos of their simple village life and the world around them.
After retirement two elderly unmarried aunts Alevtina and Lyudmila decided to go back to the traditional way of life and moved to their native village Alekhovshchina in the Leningrad region. They settled in a house that was once built by their father.
Despite the age, women plant potatoes, bring water from the well, and chop wood for heating the stove. They claim that physical work allows them to stay alive. Their life seems completely untouched by the passage of time.
The project focuses on aging, family and sense of belonging.
From the author’s description of the series: “In 1952 my grandfather began to lose his vision as a result of being wounded during the Second World War. Wanting to return to the place where he grew up, he found an unoccupied hill in a village in the Leningrad region close to his brothers, sisters and numerous cousins. He took his house, log by log, and floated it down the Oyat river to the new location and reconstructed it. This house, with no running water or heat, is the place where my father and his siblings grew up. Each of them moved to the big city after finishing school.
Now, more than a half century later, the house still stands, occupied by two of my aunts.”
Her official site 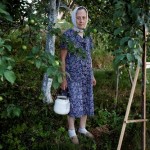 They, of course, have their own garden and orchard. www.nadiasablin.com 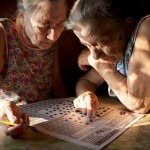 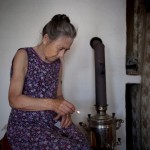 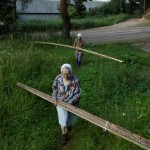 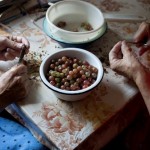 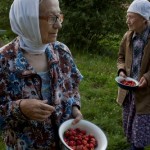 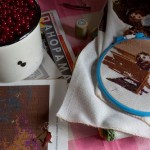 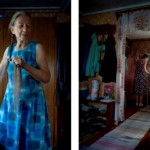 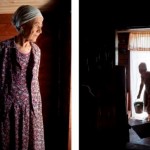 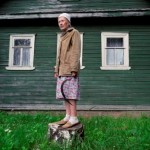 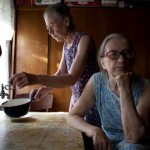 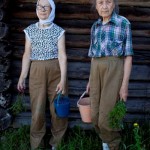