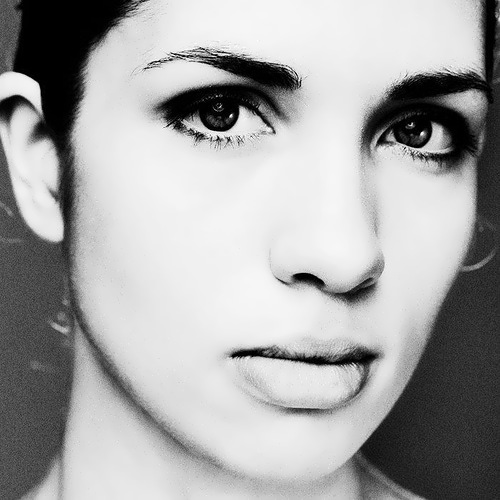 Nadezhda Tolokonnikova became woman of the year, according to the French newspaper Le Figaro. The runner-up is the U.S. President Barack Obama’s wife, Michelle Obama, and the third is the actress Meryl Streep.
Also she is known as Nadya Tolokno. She is a Russian political activist, a member of the punk rock group Pussy Riot.
Nadia was born on November 7, 1989 in Norilsk. A year after her birth, the family moved to Krasnoyarsk, but after a while returned to Norilsk. When the girl was five years old, her parents divorced.
The future political activist studied well during her school years. She successfully graduated from music school. Then Nadia entered the Moscow State University, Faculty of Philosophy.
One day the girl met political activist Peter Verzilov. Young people fell in love with each other. They travelled in Spain and Portugal, and when the lovers returned to their homeland, they decided to get married. Their daughter Gera, whom they named after the Greek goddess Hera, was born in 2008. The young mother was only eighteen years old.

Tolokonnikova has been a member of the Voina collective since 2007. In the summer of 2010 she took part in actions to protect the Khimki forest.
Also Tolokonnikova was among the Voina activists who attempted to release live cockroaches into the Tagansky Courthouse. She also took part in a series of actions, Operation Kiss Garbage, from January to March 2011. This project comprised female members’ kissing policewomen in Moscow metro stations and on the streets.
On August 17, 2012, she was convicted of “hooliganism motivated by religious hatred” for a performance in Moscow’s Cathedral of Christ the Saviour and sentenced to two years’ imprisonment.
On December 23, 2013, Tolokonnikova fell under the amnesty. Then, Nadia together with Maria Alekhina created the Zone of Law organization to protect the rights of prisoners in Russia.
Moreover, Tolokonnikova played herself in one episode of the American TV series House of Cards.
Source: news.rambler.ru 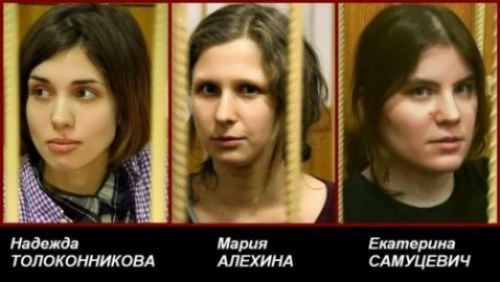 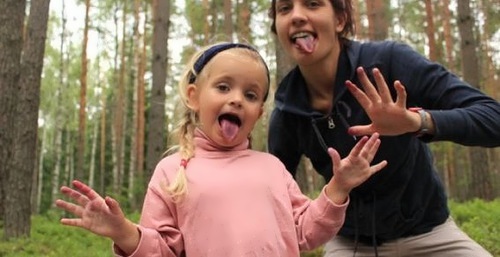 Pretty Nadezhda Tolokonnikova and her daughter 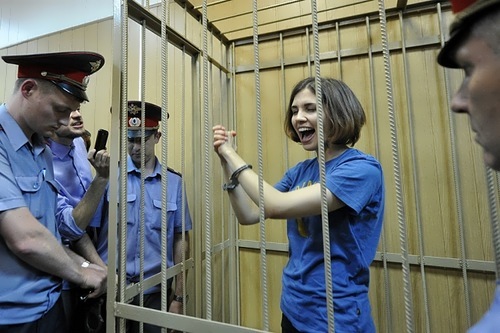 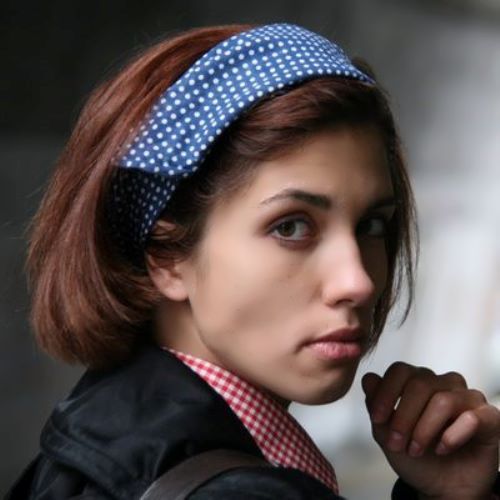 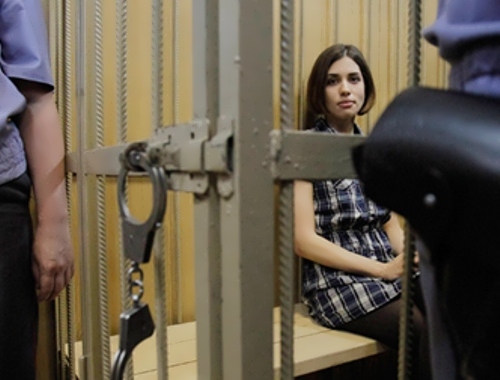 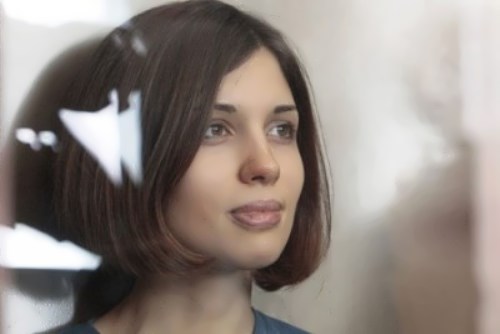 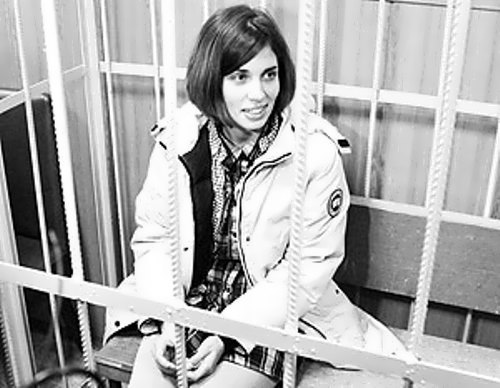 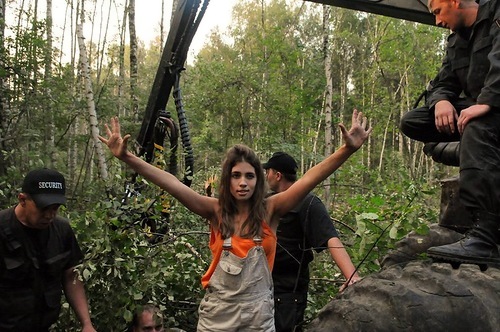 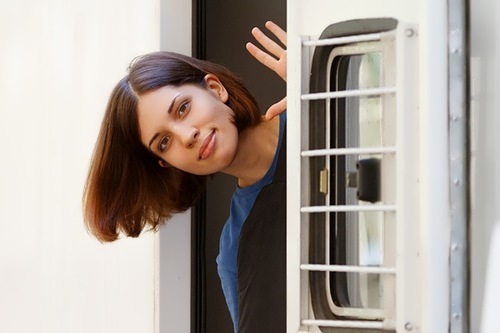 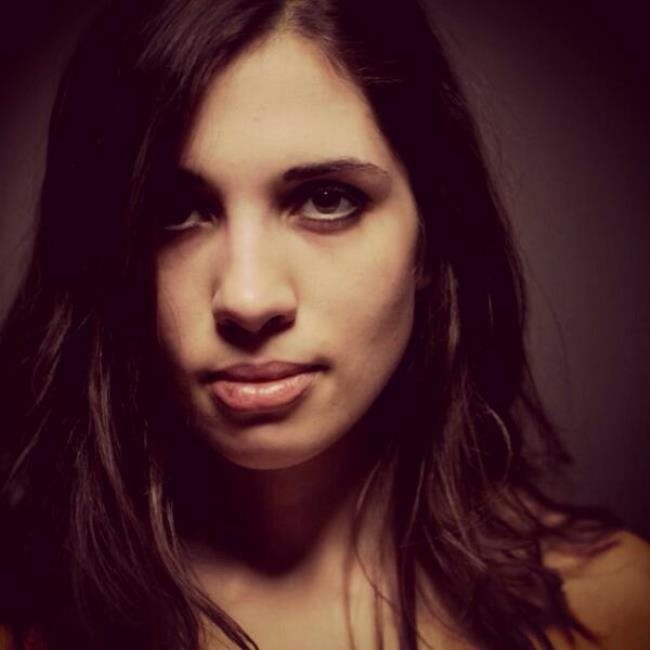 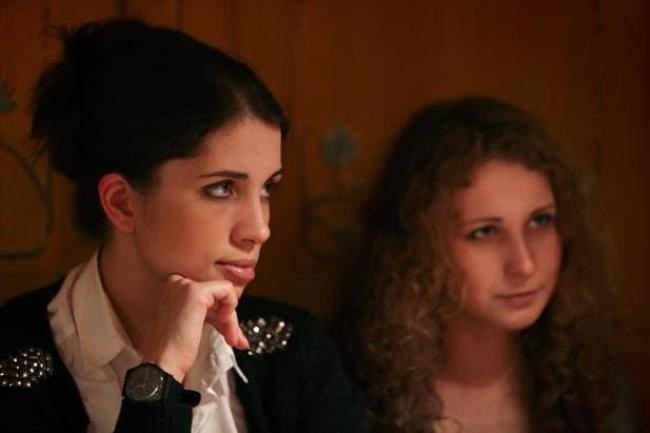 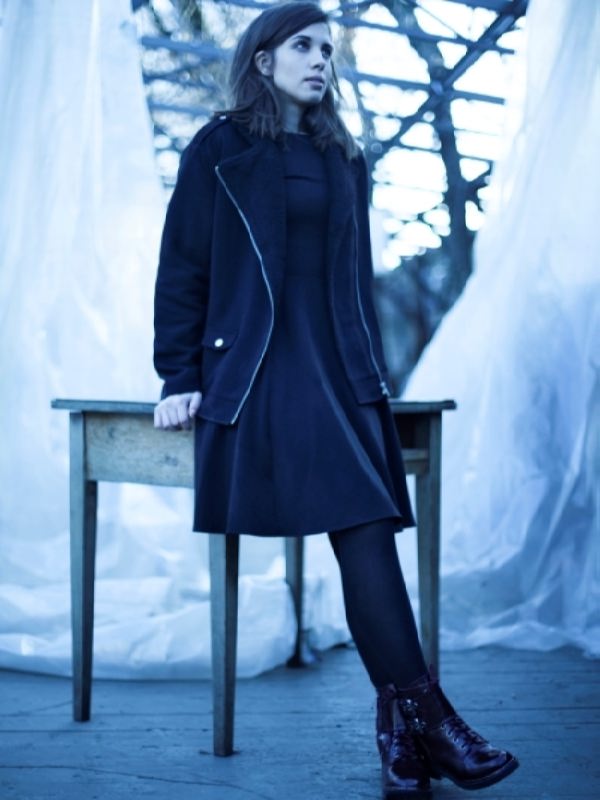 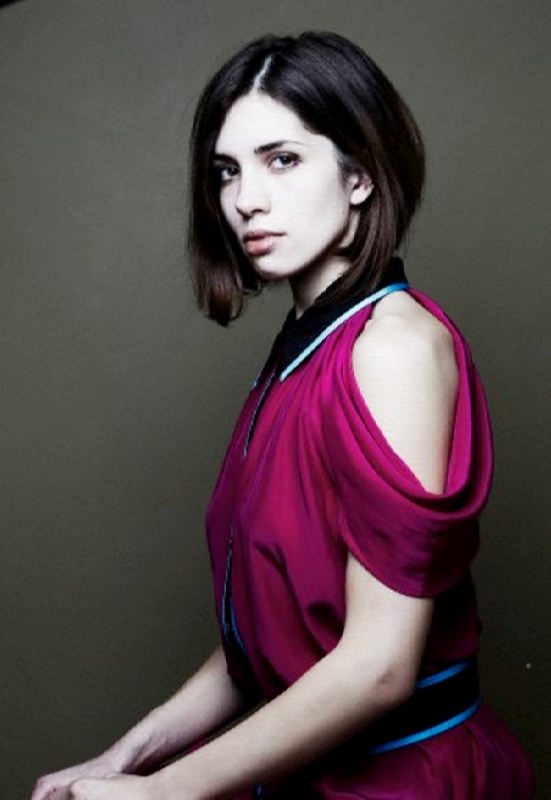 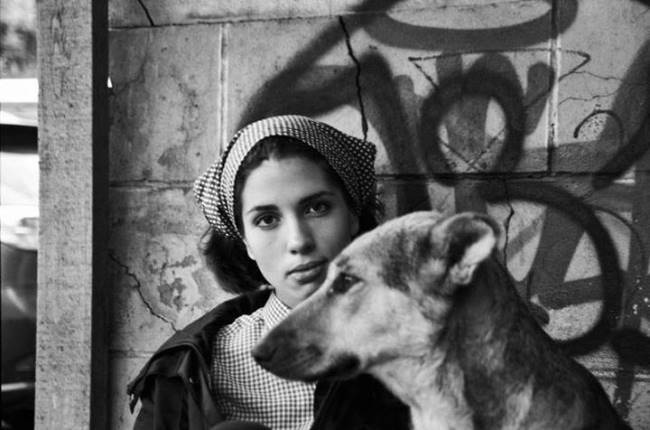 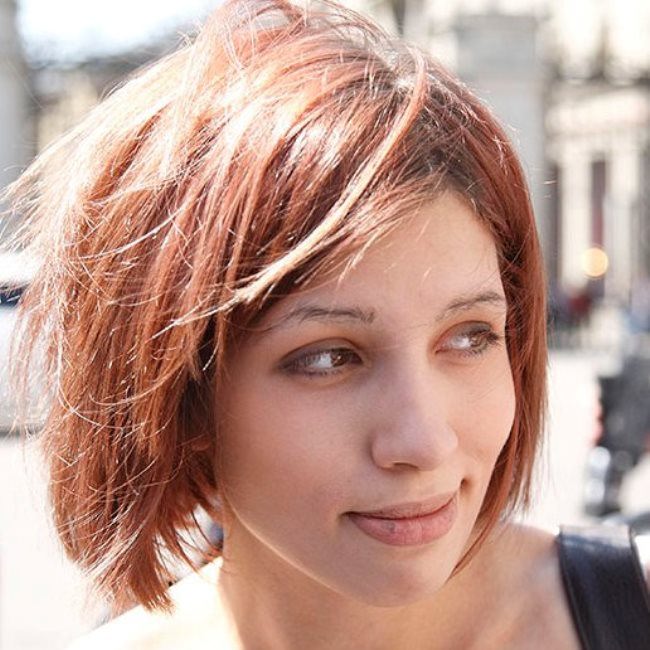