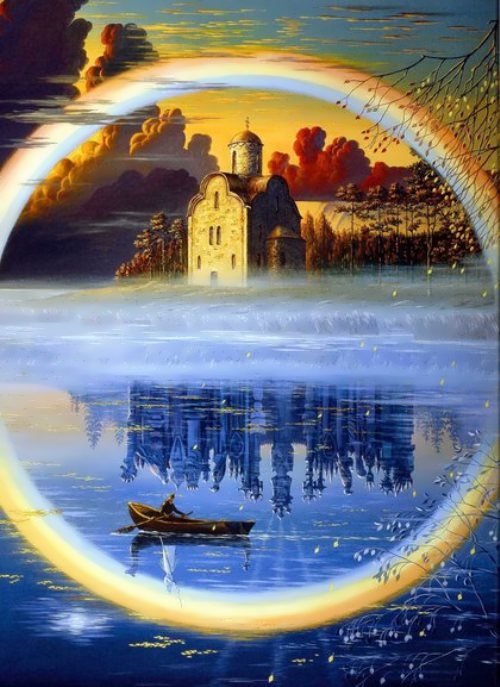 Hyperborea is the northern birthplace of humankind. Hyperboreans were mythical people who lived “beyond the North Wind”. They lived free of war and diseases. Most of the country was covered with rich and beautiful forests, “the garden of Apollo”. Hyperborea was ruled by three priests of the god Apollo. Some people placed Hyperborea in Siberia, others at the North Pole, and others – in Greenland.
Legend of ancient Hyperborea is one of the most controversial and intriguing alternative versions of history. Most people believe that it is a wonderful fairy tale. But Vsevolod Ivanov thinks it is a true story. The artist shows us strange Gods, herds of mammoths and the pagan rites of Vedic Russia. He paints the everyday life of the legendary land and its inhabitants. In his pictures we can see the mythic culture of northern ancestors. Wonderful images created by his imagination take you away from the real world.

This series of pictures is called Vedic Russia. The paintings are used as illustrations of everyday life of the ancient Aryans or maybe they are a proof of the legend of the northern homeland of mankind and the Golden Age.
Vsevolod Borisovich Ivanov was born on August 14, 1950 in the city of Belomorsk, Russia. In 1978 he graduated from the Tver Art College.
“I will continue to work on Vedic Rus series until the end of my life. The Art of the Russian artist must include an educational function. My creativity is a bridge to a sunny and beautiful world of our Russian past.”
Source: slavs.org.ua/vsevolod-ivanov 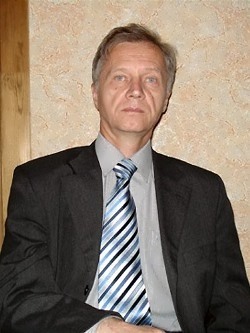 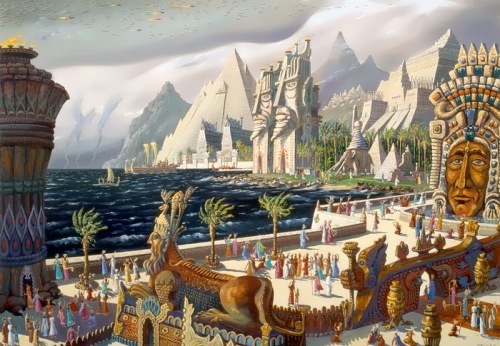 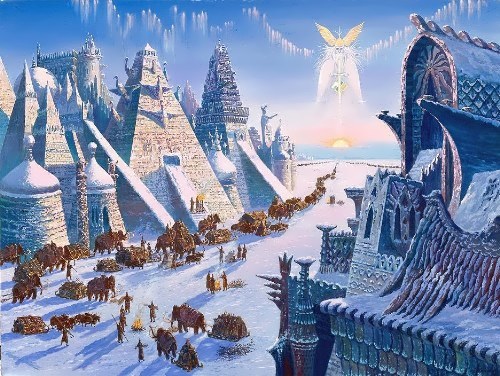 The Exodus of the Hyperborean 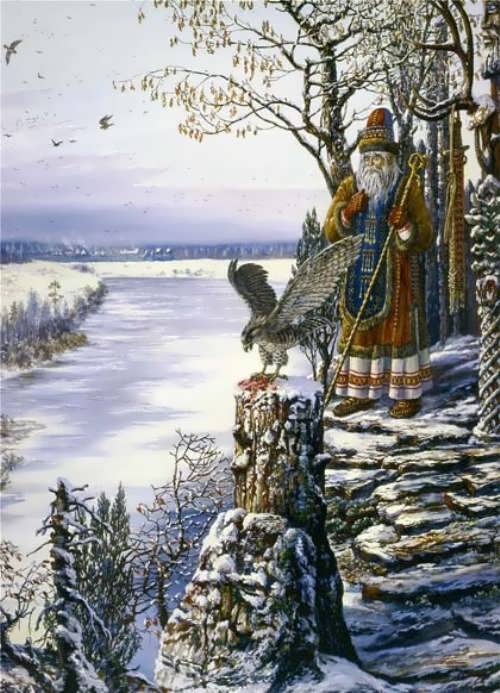 Priest of the Falcon God 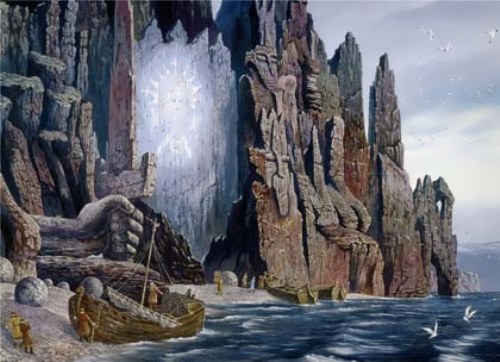 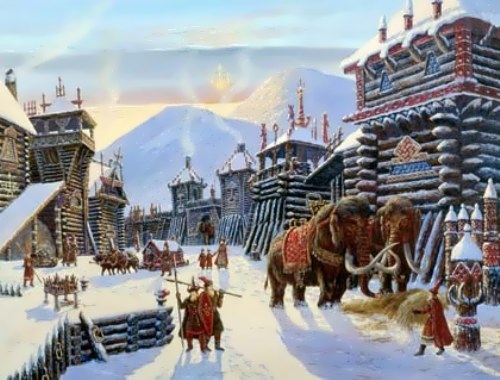 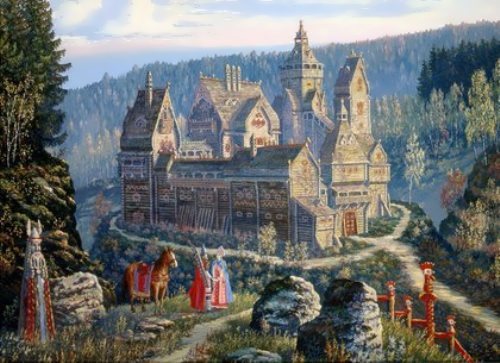 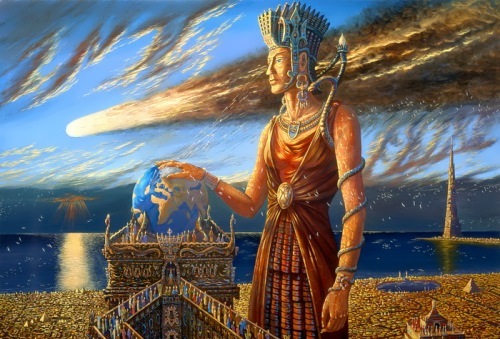 Wrath of the Gods by Russian artist 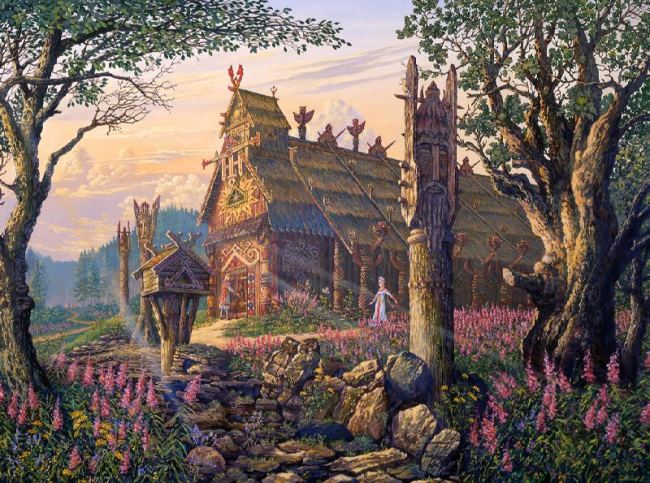 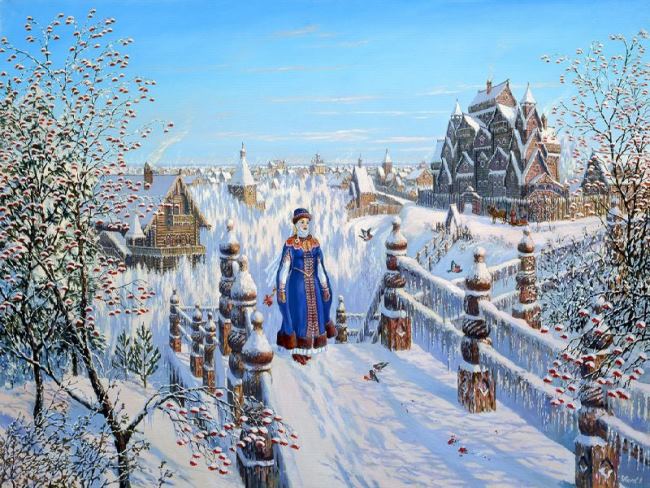 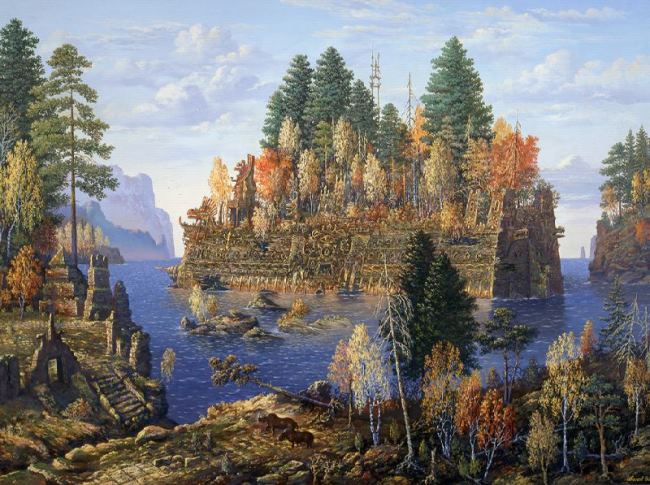 Atlantean Ship on the Shoals, 2010 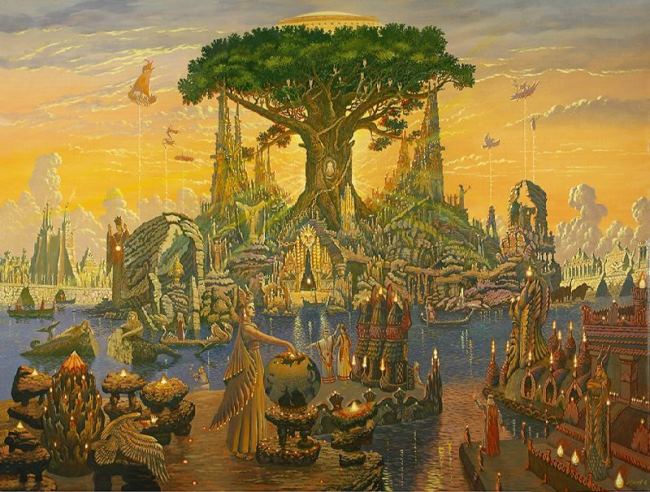 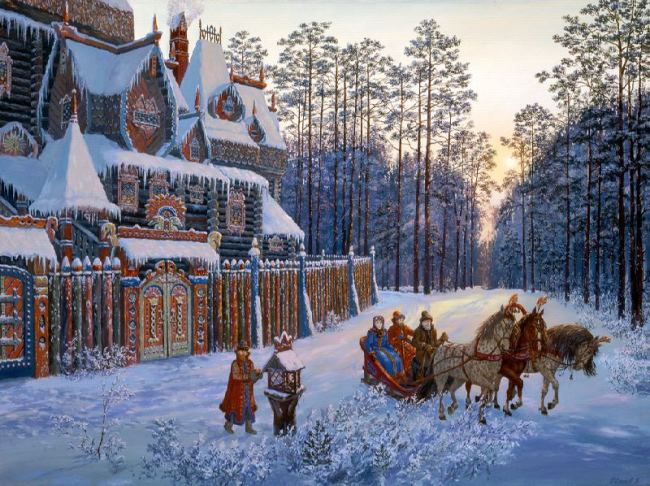 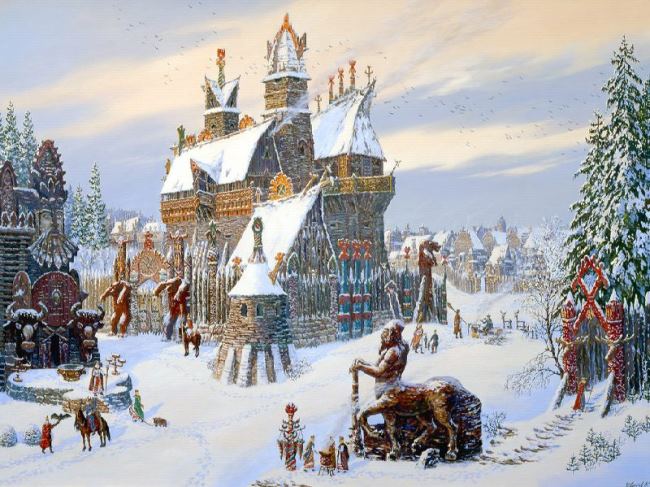 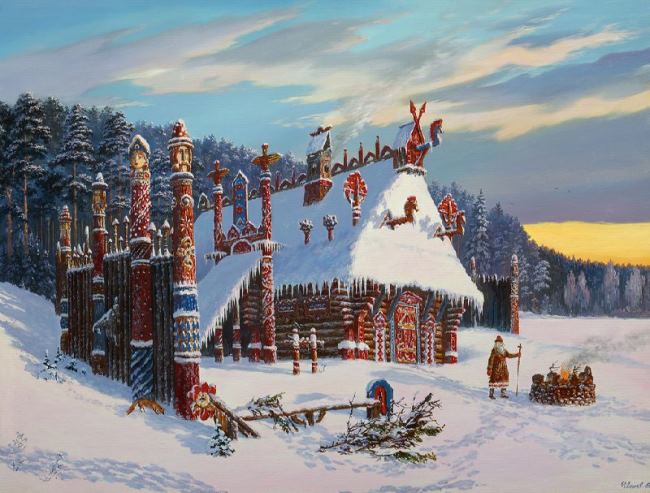 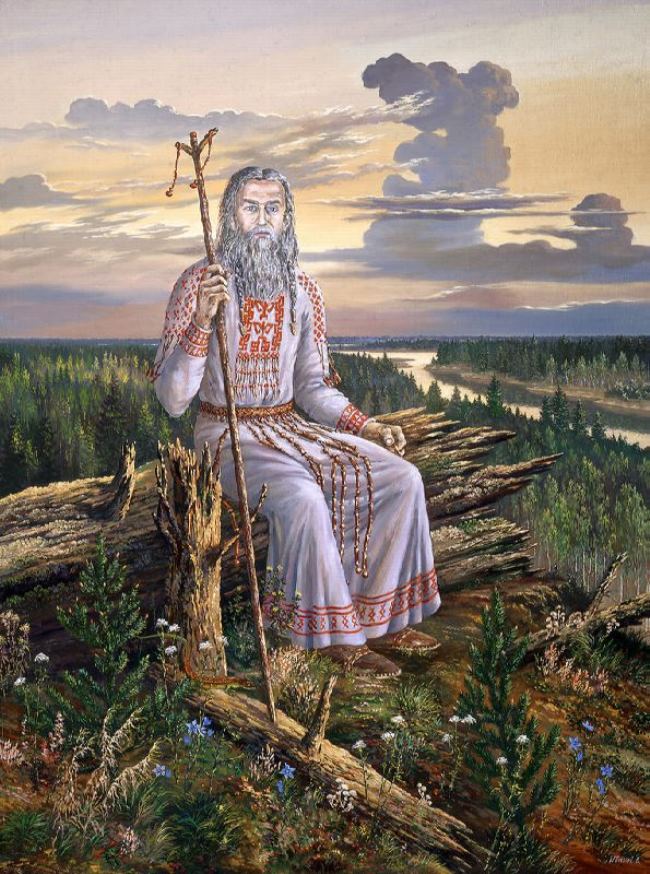 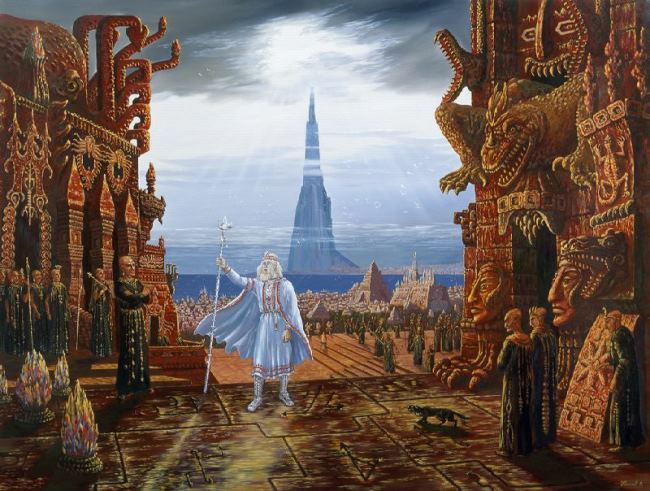 Messenger of Asgard in Atlantis, 2006 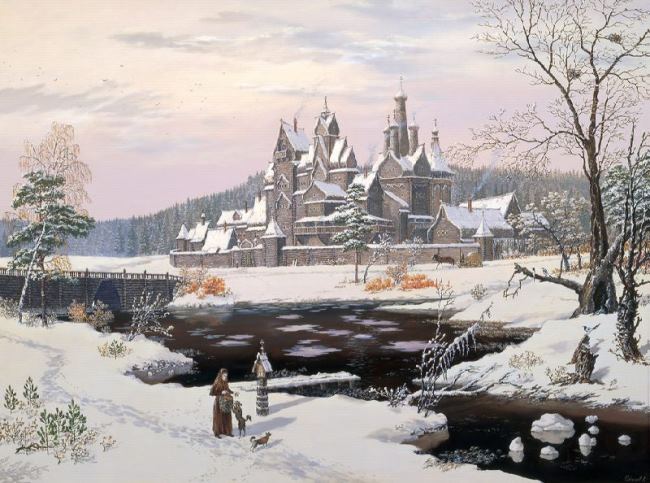 Monastery near the river, 2005 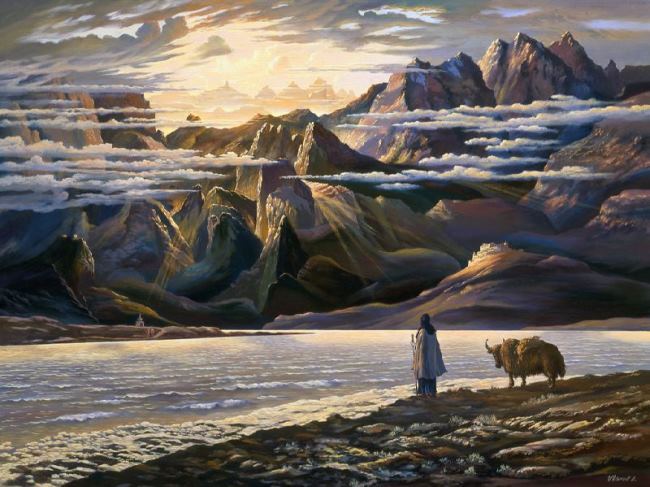 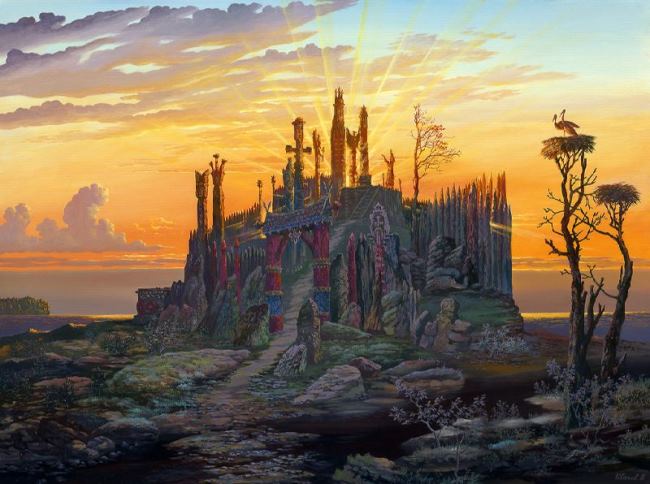 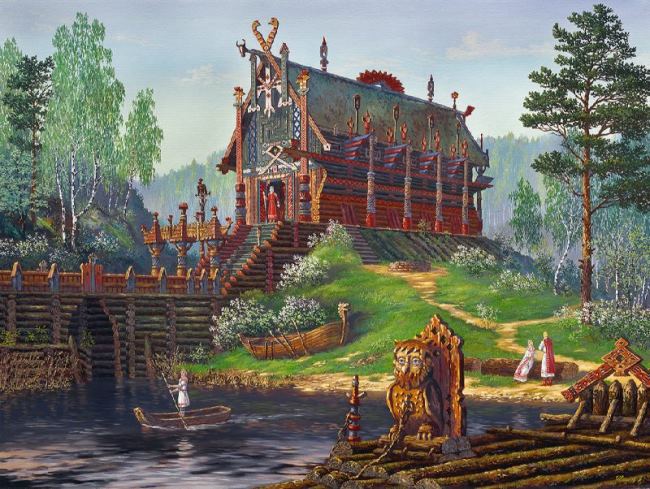 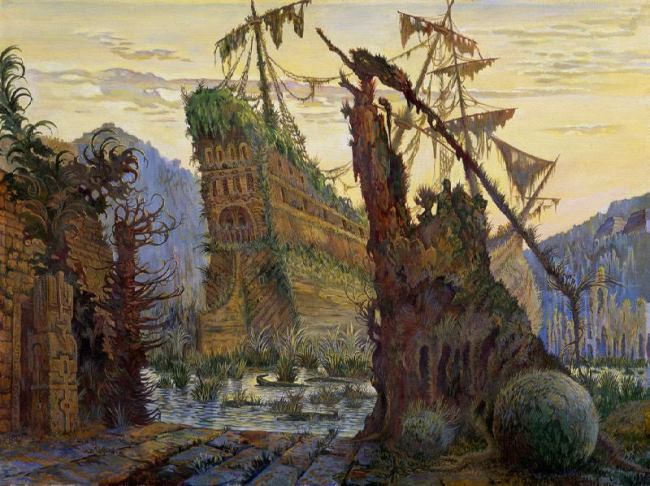 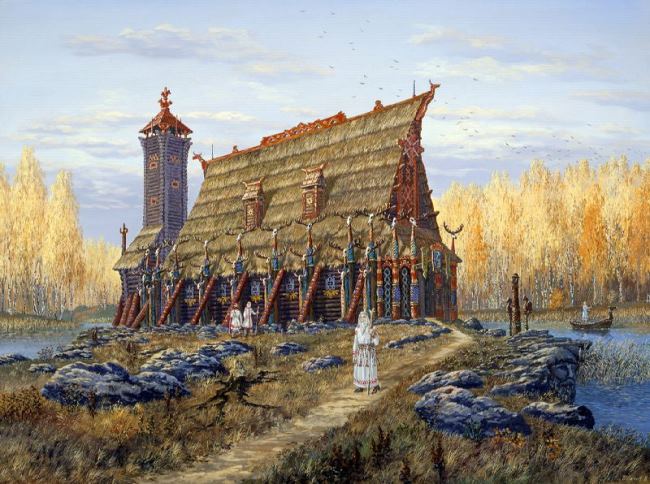 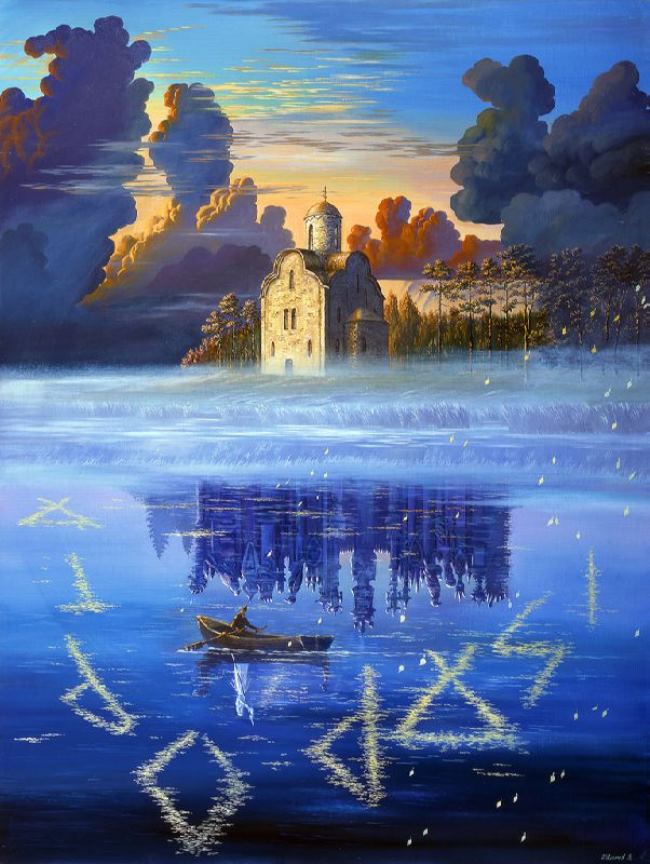