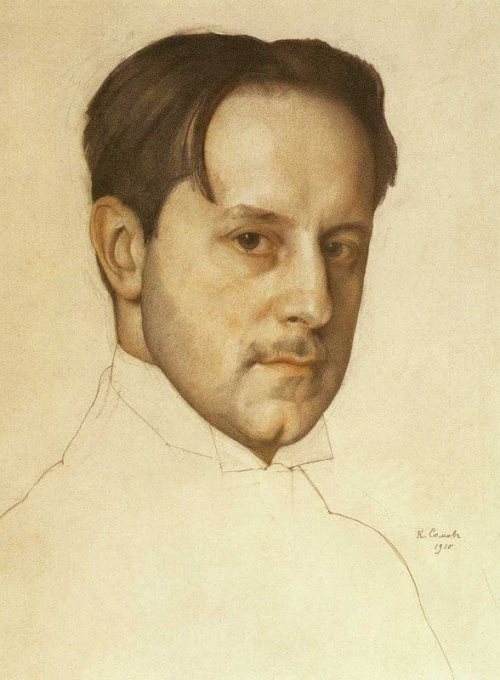 Mstislav Dobuzhinsky was a Russian artist, master of the cityscape (urban landscape), member of the creative association World of Art, art critic, memoirist.
The boy was born on August 2 (14), 1875 in Novgorod. His father served in the St. Petersburg Mikhailovsky Artillery School. After the birth of the son Mstislav’s parents divorced, and his mother, an actress and singer left the family. You know, the father taught his son to illustrate the books he read. Mstislav was fond of history books.
In 1895 the young man entered the Law Faculty of St. Petersburg University. Also he tried to get into the Academy of Arts. In 1899-1901 Mstislav studied in Munich and then in Hungary.
In 1901 in St. Petersburg, he joined the association World of Art. To tell the truth, Dobuzhinsky was the youngest member, but he quickly became popular.
Since 1902 Dobuzhinsky participated in exhibitions. In 1919 he became the first director of the Vitebsk Art School, taught in St. Petersburg private art schools, was a professor at the Academy of Arts. In October 1918, he was elected the scholar curator of the Hermitage.
After 1910 the artist travelled a lot and visited the Scandinavian countries, Germany, Holland and Italy. In Amsterdam he did a study – Peter the Great in Holland (1910) which echoed Serov’s picture Peter the Great.
In 1924, the artist received Lithuanian citizenship and left the USSR. 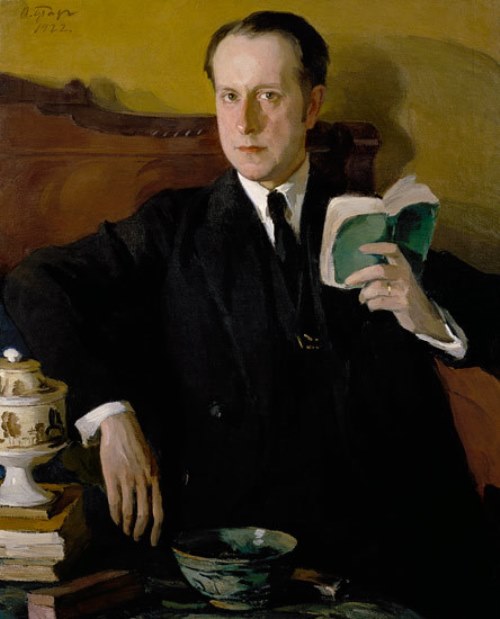 Two years later he moved to Paris. From 1926 to 1929 he worked on the design of theater performances, participated in the organization of the World of Art exhibition (1927), and taught at the Paris School of Decorative Arts, founded by N. Globa.
You know, he designed sets for more than seventy productions, the best of them are Tchaikovsky’s The Queen of Spades and Eugene Onegin, Mussorgsky’s Boris Godunov, Mozart’s Don Giovanni, Shakespeare’s Hamlet and King Lear.
In 1925, he worked for Riga Theater, from 1926 to 1929 for the Paris Theater Die Fledermaus. Since 1929, Dobuzhinsky was the leading artist of Lithuanian State Theater (Kaunas). And in 1935, a group of Kaunas theater went to England.
What is more, he was a member of the Paris Masonic Lodge Jupiter 536 (Grand Lodge of France).
In 1939 Dobuzhinsky moved to the United States and worked there in the Mikhail Chekhov Theatre. Dobuzhinsky wrote a ballet libretto to the music of Shostakovich’s Seventh (Leningrad) Symphony, and made illustrations to Shostakovich’s music.
By the way, he designed the magazines World of Art, Golden Fleece, Apollo, and painted historical pictures.
Mstislav designed theater performances of the Moscow Art Theatre (Month in the Country by Ivan Turgenev, 1909; Nikolai Stavrogin by Fyodor Dostoevsky, 1913), Diaghilev’s repertory and others.
Dobuzhinsky became the author of illustrations to the story Night Prince by S. Auslander (1909), Mistress into Maid, and other works of Alexander Pushkin, Swineherd by Andersen (1922), White Nights by Dostoevsky (1923), The Three Fat Man by Olesha (1928) and many other works.
The artist spent his last years in Europe; lived in Paris, Rome, London, traveled in Italy. Shortly before his death he returned to the United States.
Great artist died on November 20, 1957 in New York. 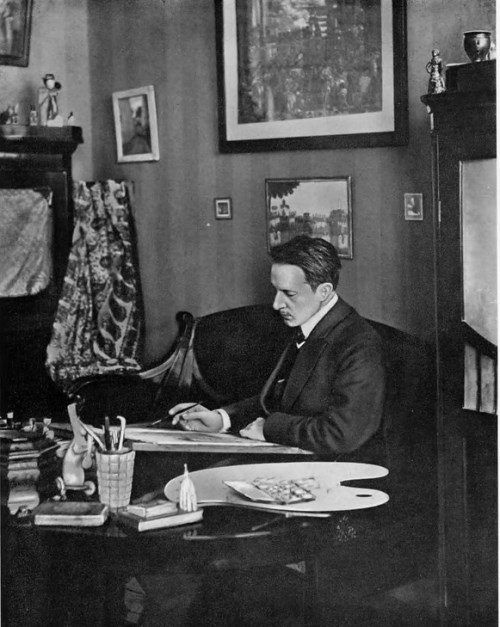 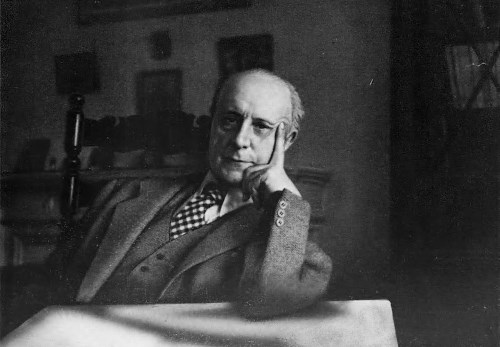 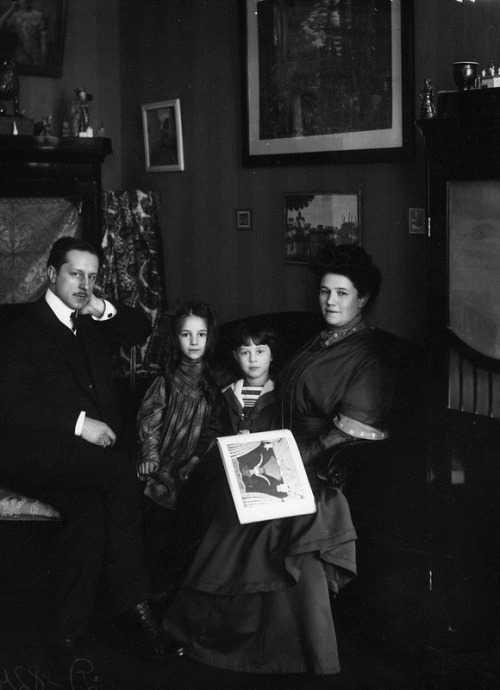 Artist Mstislav Dobuzhinsky with his family 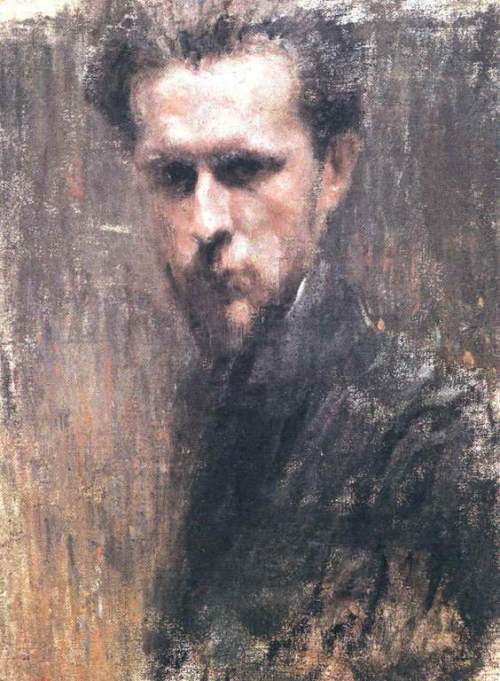 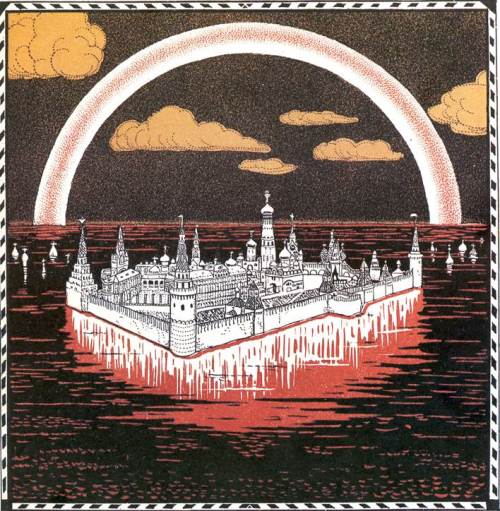 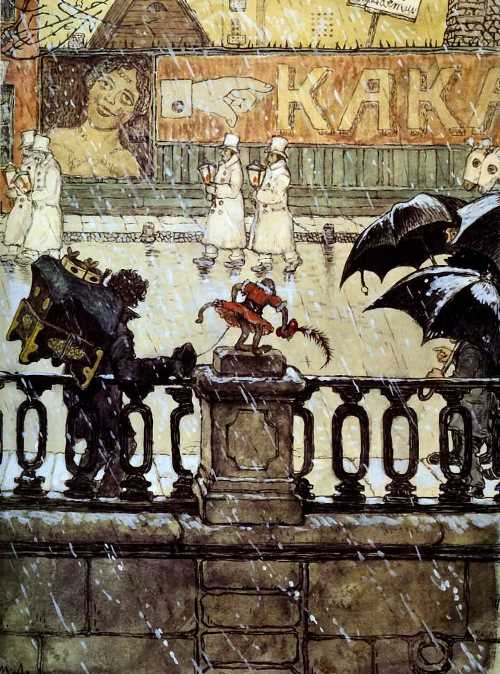 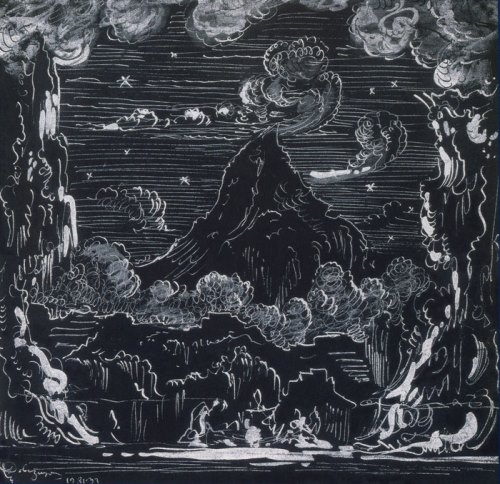 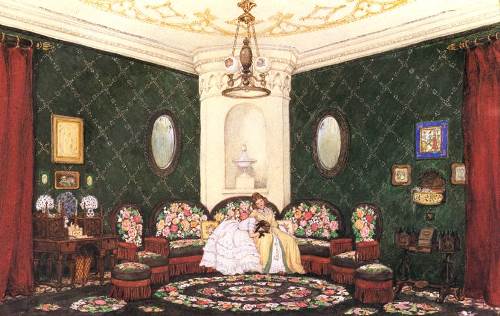 Stage design for the Turgenev’s play A Month in the village, 1909 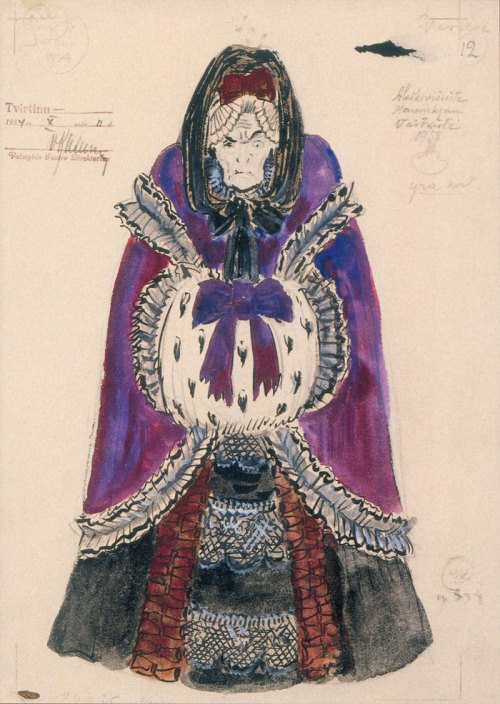 Costume design for the opera The Queen of Spades 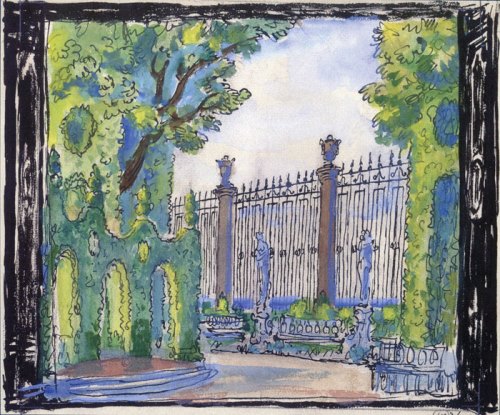 Interesting Stage design for the opera The Queen of Spades 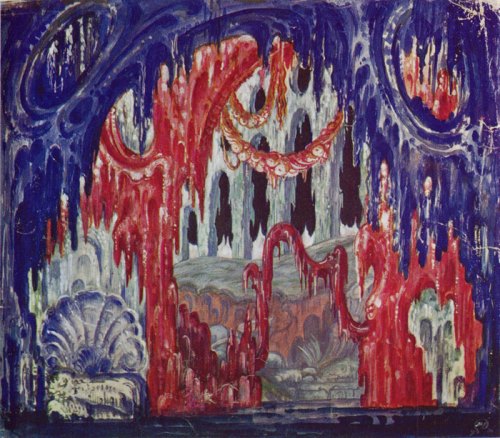 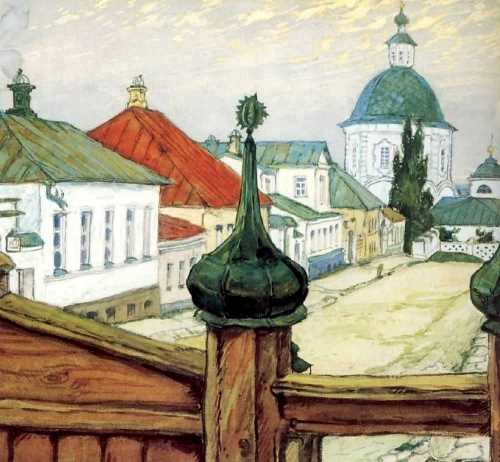