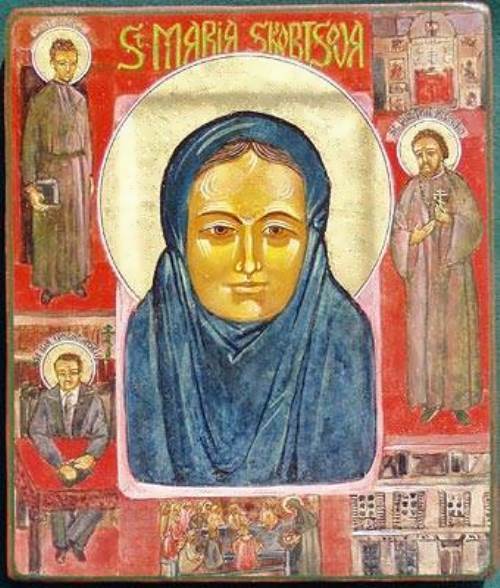 Maria Skobtsova, better known as Mother Maria, is one of the most fascinating religious figures of the twentieth century. She was a Russian noblewoman, poet, nun and member of the French Resistance during World War II. In 2004 Maria was canonized by the Patriarchate of Constantinople as a Martyr.
Elizaveta Pilenko (her real name) was born on December 8, 1891 in Riga. In 1895 Liza’s family moved to Anapa. Her father died on July 17, 1906. The girl was shocked by this tragedy and, in her own words, had lost faith in God. In August 1906 Liza, her mother and her younger brother Dmitry moved to St. Petersburg.
You know, in February 1908, Elizaveta met poet Alexander Blok, they had a long and complex relationship.
On February 19, 1910, she married Dmitry Kuzmin-Karavayev, former Bolshevik and close friend of many writers.

In the spring of 1912 Elizaveta published her first collection of poems.
By the way, in the spring of 1913, she left her husband (officially they divorced only in the end of 1916) and moved from St. Petersburg to Anapa. On October 18 she gave birth to a daughter and named her Gayana.
In 1919 Elizaveta married D. Skobtsov, Kuban Cossack leader, former chairman of the Kuban Regional Rada. 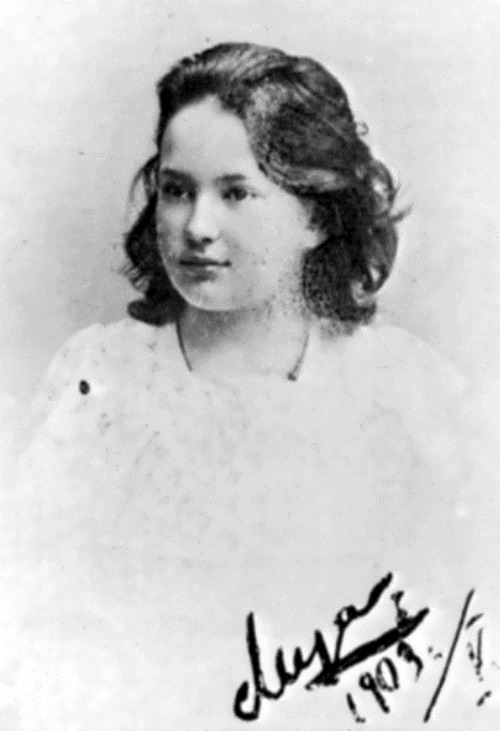 After the defeat of the White movement in Kuban in the spring of 1920, Elizaveta and her daughter were evacuated to Georgia, where Skobtsova gave birth to son Yuri. Later they emigrated to Constantinople and for some time lived in Serbia. There on December 4, 1922 Elizaveta gave birth to her second daughter Anastasia. In January 1924 the family moved to Paris.
On March 7, 1926 her youngest daughter, Anastasia died of meningitis. Skobtsova was overwhelmed with grief, she felt spiritual rebirth and discover a new meaning of life. The woman decided to help other people in the name of God.
In July 1935, her eldest daughter Gayana went to the USSR and on July 30, 1936 she suddenly died in Moscow.
On February 8, 1943, the Gestapo arrested her son Yuri. A year later he died in a concentration camp Dora.
Elizaveta was a member of Party of Socialists-Revolutionaries and even planned the assassination of Leon Trotsky. However, she was talked out of this idea and moved to Anapa. 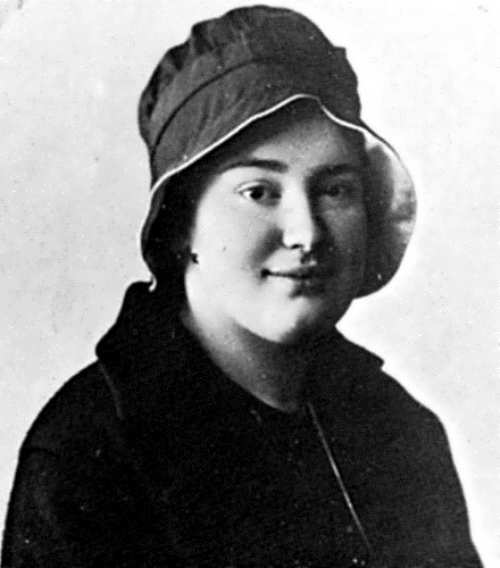 In 1932, with Daniel Skobtov’s (her second husband) permission, an ecclesiastical divorce was granted and she took monastic vows. In religion she took the name Maria.
Mother Maria made a rented house in Paris her “convent.” It was a place with an open door for refugees, the needy and the lonely.
She opened several hostels for homeless, helpless, ill and marginal in Villa de Saxe, Rue Lourmel and Noisy-le-Grand.
After the Fall of France in 1940 Mother Maria helped Jews and was arrested by the Gestapo. She was sent to the Ravensbrück concentration camp. On Holy Saturday, 1945, she took the place of a Jewish woman who was going to be sent to the Gas Chamber, and died instead of her.

Nun Mary was executed in the gas chamber on March 31, 1945, a week before the camp was liberated by the Red Army.

In the spring of 2000, there was an international conference dedicated to the 55th anniversary of her death. Many people from Russia, France, England, Italy came to St. Petersburg. Theologians, philosophers, writers speak about this amazing Russian woman. 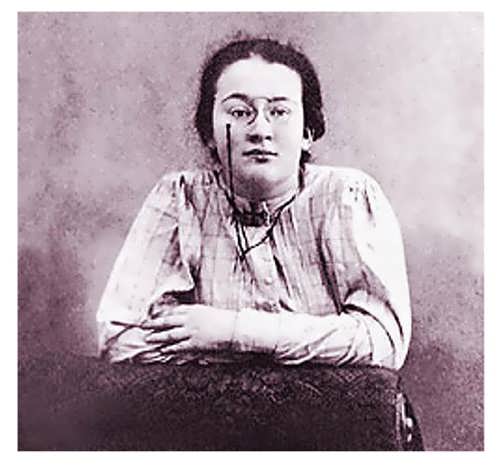 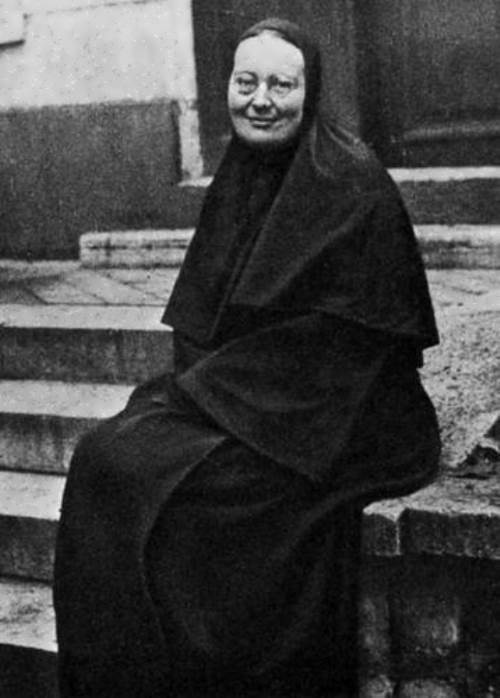 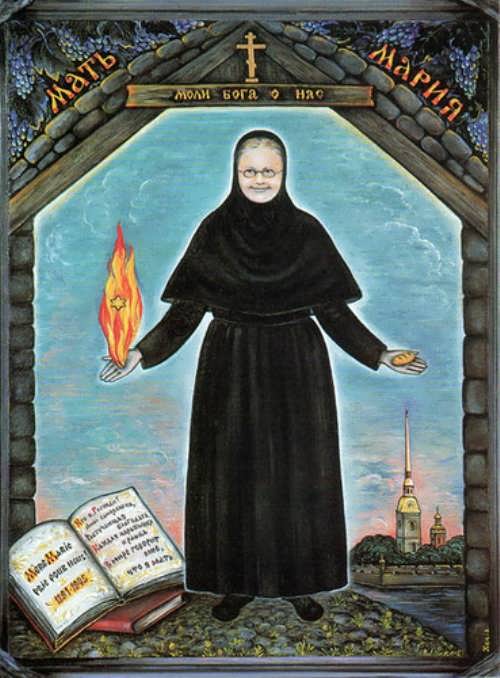 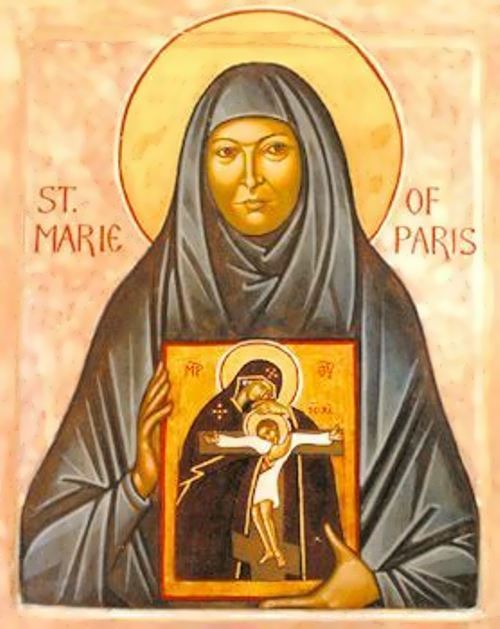 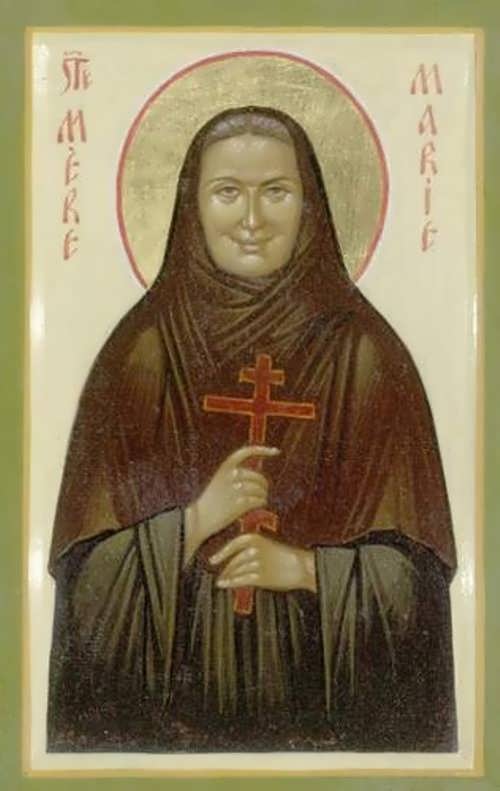 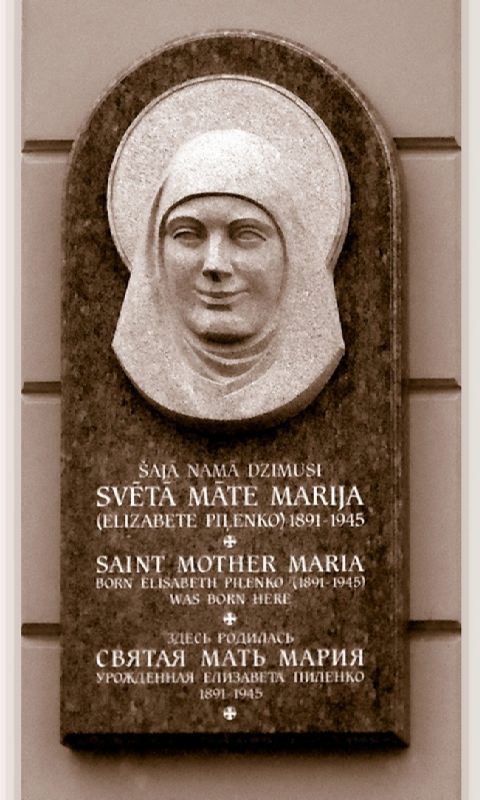 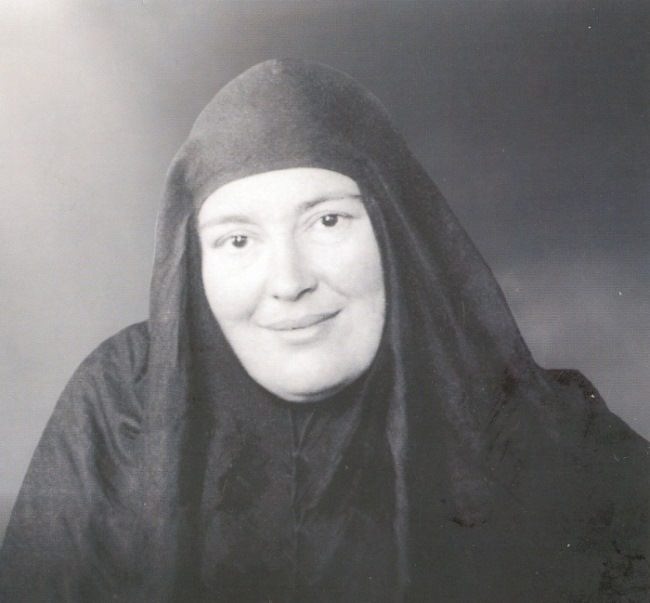