Maxim Galkin is a popular Russian impersonator, comedian, presenter, actor and singer. By the way, he is Russian Primadonna Alla Pugacheva’s fifth husband.
Maxim was born on June 18, 1976 in Naro-Fominsk district, Moscow. His father Alexander Alexandrovich was a Colonel-General, from 1987 to 1997 he headed the Main Armored Directorate of the Russian Federation Ministry of Defense. And his mother Natalie Grigorievna worked at the Institute of Earthquake Prediction Theory and Mathematical Geophysics.
His family moved often because his father was a military man. When Maxim was 3 years old, they lived in Germany, then moved to Odessa, where Maxim graduated from elementary school, and then the family moved to Baikal, Ulan-Ude. Finally, they returned to Moscow.
Maxim was a very talented boy. In school plays Galkin played different roles – the old alcoholic, Ostap Bender, King Solomon, Count Nulin, Don Carlos.
At the age of 13 Maxim saw Gennady Khazanov on TV, who parodied Mikhail Gorbachev. Immediately the boy showed ability to portray the first president of the USSR not worse than the eminent humorist.

In his school years Maxim was keen on geography and zoology. Then Galkin decided to become a writer. He chose the genre of fantasy and fairy tales. You know, he even wrote a horror novel The Power Of Darkness. However, the book remained unfinished.
In 1998, he graduated from the Russian State University for the Humanities. Awesome man speaks French, English, Spanish, Czech and German.
To tell the truth, Galkin debuted in April 1994 in the play Fountain Of Love To Neighbor at the MSU Student Theatre. Later he took part in the play Cabaret 03.
Then he toured with Mikhail Zadornov. 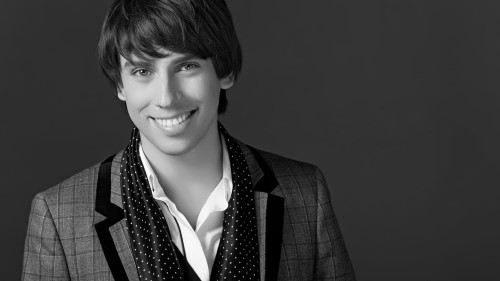 In January 2001, Maxim received Triumph award.
Besides, in April 2001, Galkin won the Golden Ostap award in St. Petersburg. And in July 2001 his first solo concert took place at the festival Slavic Bazaar in Vitebsk.
Since October 2001, Max began to sing. His first experience was the song Whether Or Not To Be, which he sang along with Alla Pugacheva. Later Galkin starred with her in the musical TV projects New Year at the First and Christmas Meetings.
From October 2004 to December 2006 Maxim was a host of the music festival “New songs about the main”.
In February 2001, he became a TV presenter of the game show Who Wants to be a Millionaire.
And in 2008, he was a presenter of the TV project Two Stars together with Alla Pugacheva.
In the same year Maxim was the host of the show Star Ice, and in 2009 he became a presenter of the show Dancing with the Stars. Later, in 2011, he was a presenter of the TV show Good Evening with Maxim.
Galkin starred in several films, including Bless the Woman (with Svetlana Khodchenkova and Alexander Baluyev in the title roles), Chasing Two Hares, Rzhevskij against Napoleon and some others. 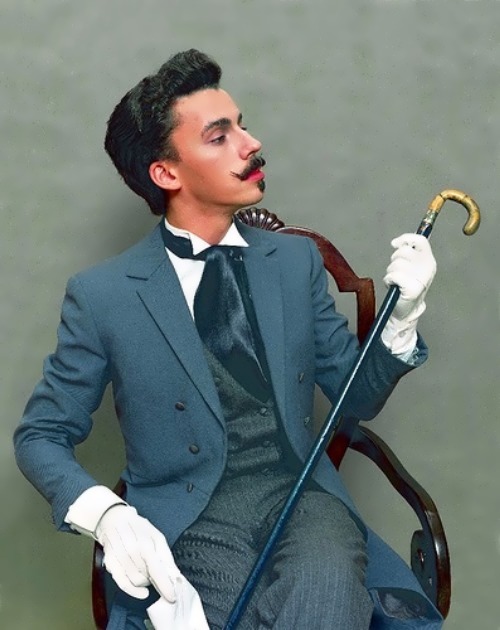 On December 23, 2011 Galkin married Alla Pugacheva. Since 2005, they lived together; Alla admitted that they started dating in 2001. On September 18, 2013 their children Elizaveta and Garry were born.
In 2011 two films were realized: Alla + Maxim: Confession of Love and Alla and Maxim: Everything Goes On.
In May 2016, Galkin became the host of the new entertainment show MaximMaksim. He invites many stars of show business to his own castle. For example, Vlad Topalov, Timur Rodriguez, Yegor Creed, Valeria and many others were the guests of Maxim. 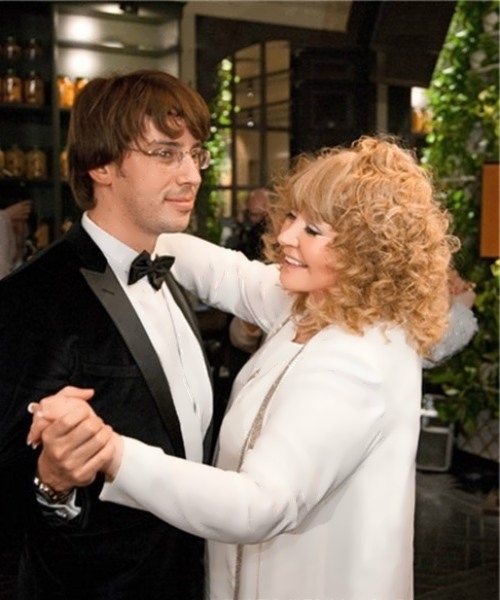 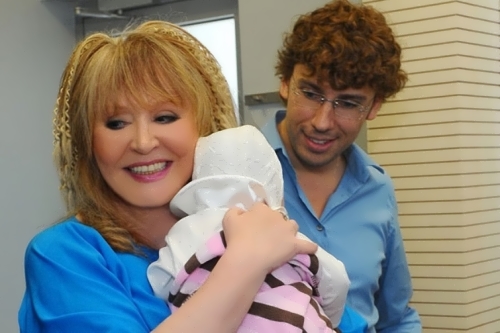 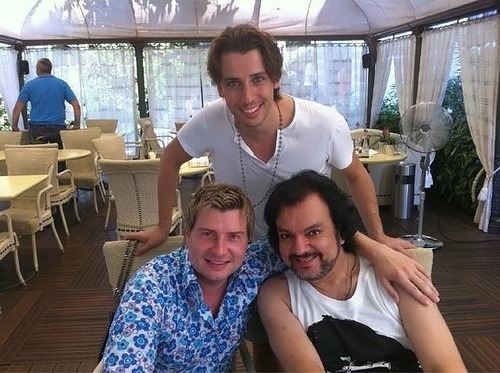 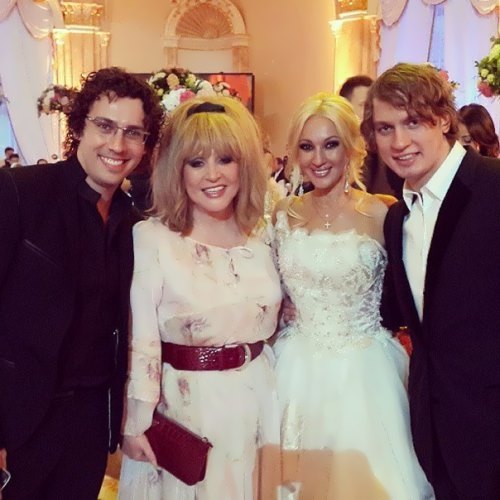 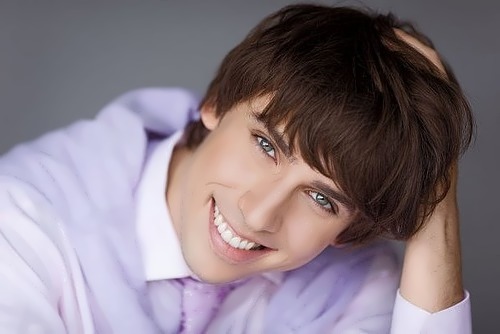 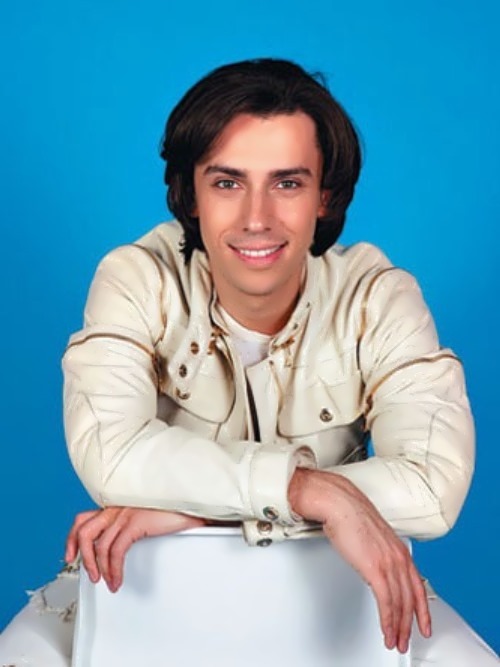 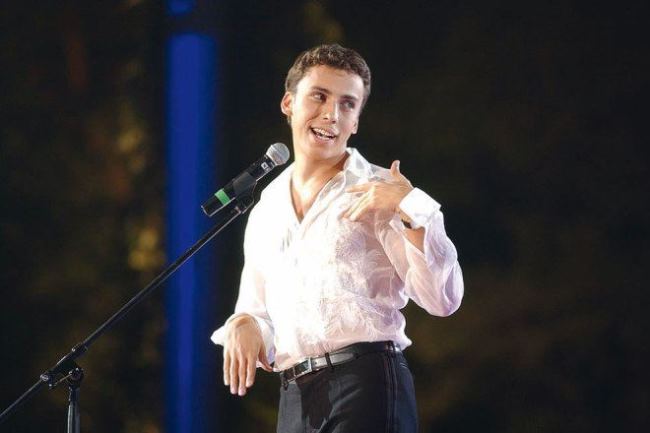 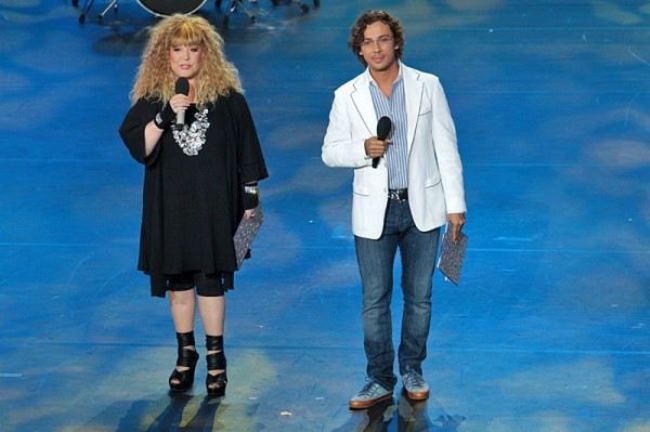 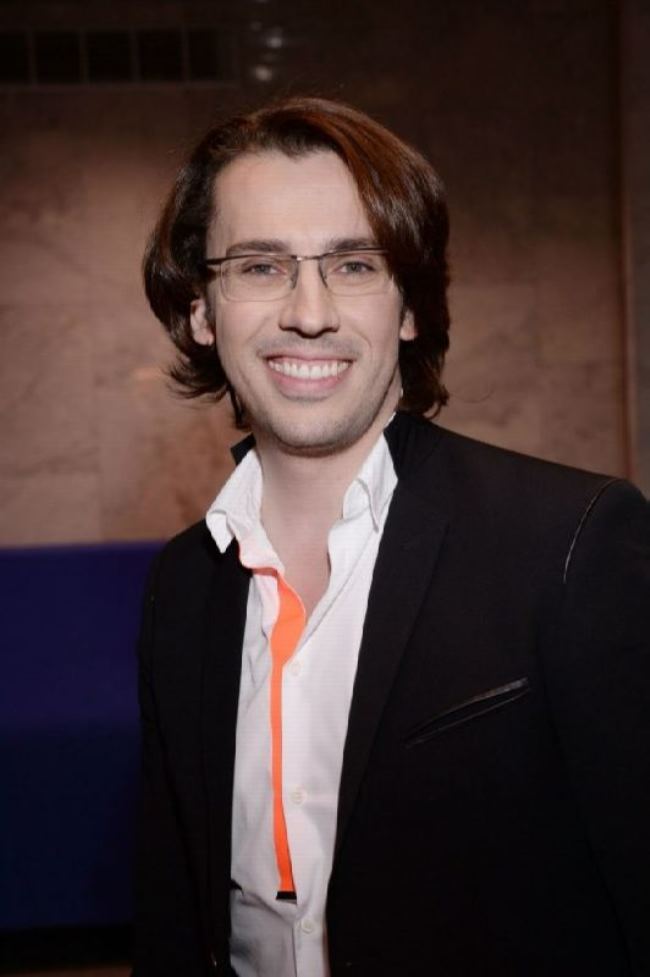 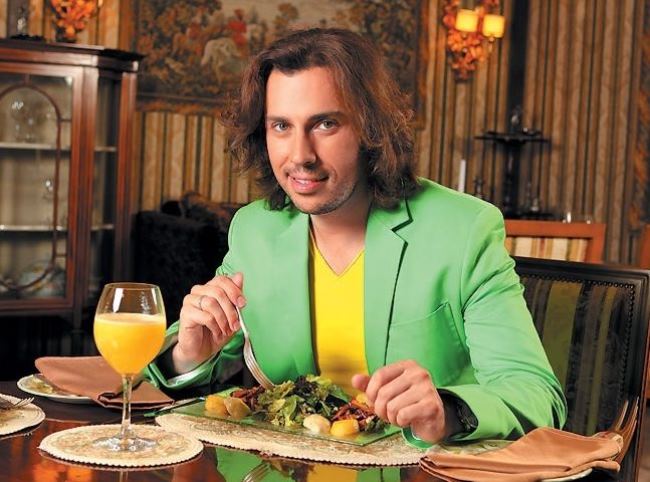 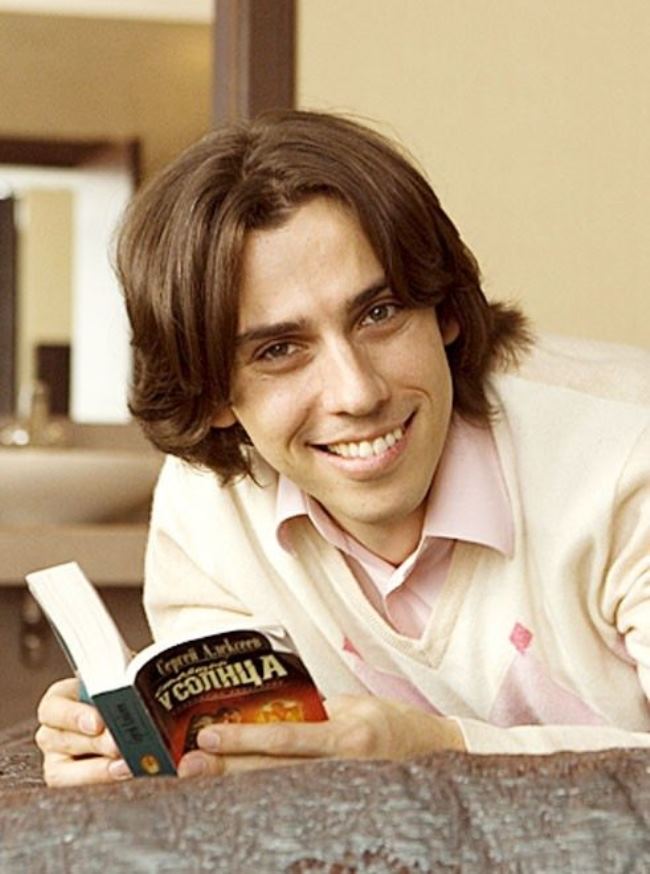 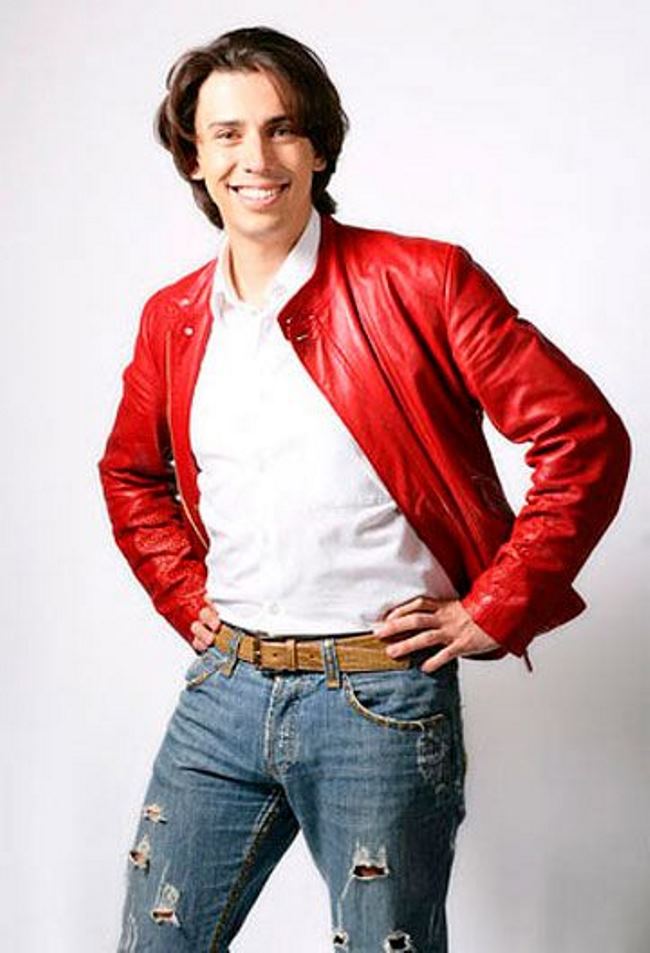 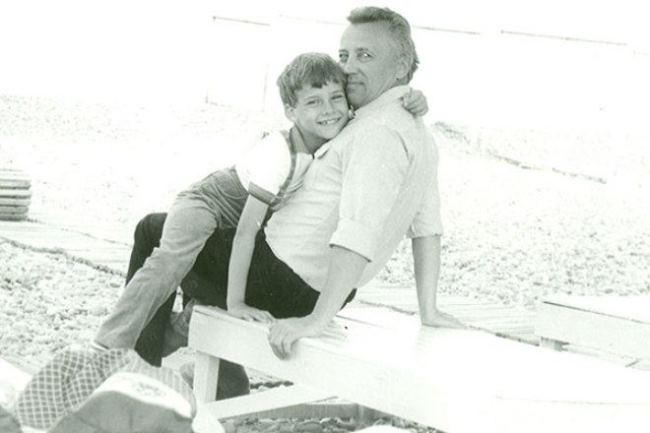 Cute Maxim with his father 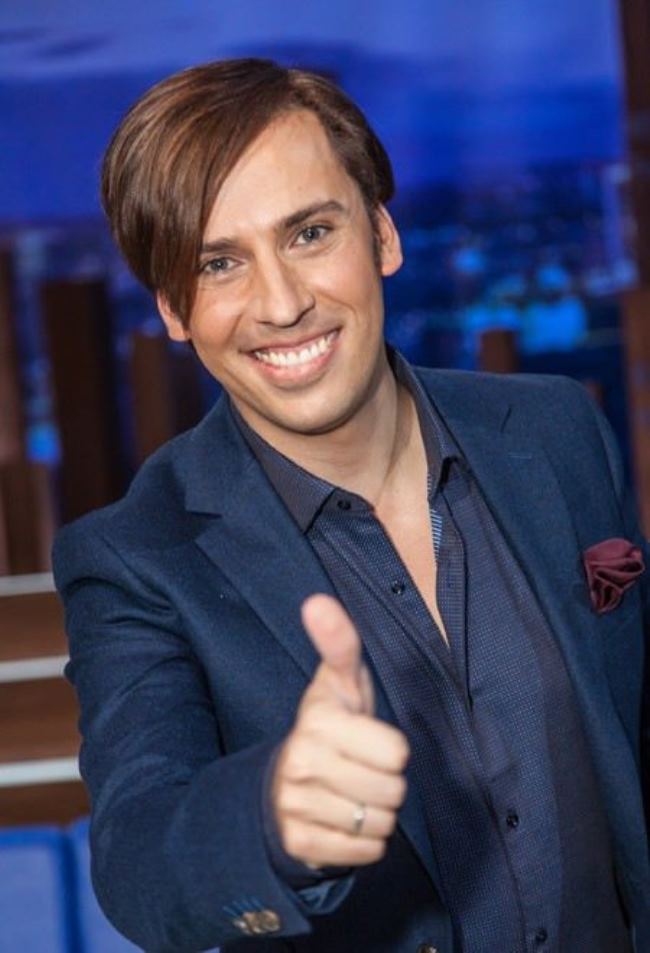 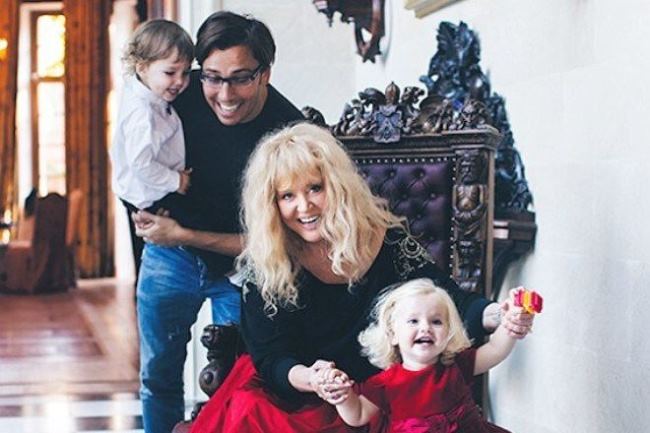 Galkin and Pugacheva with children 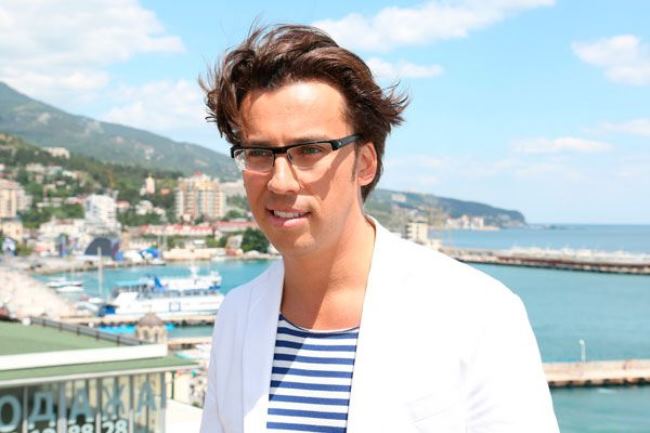 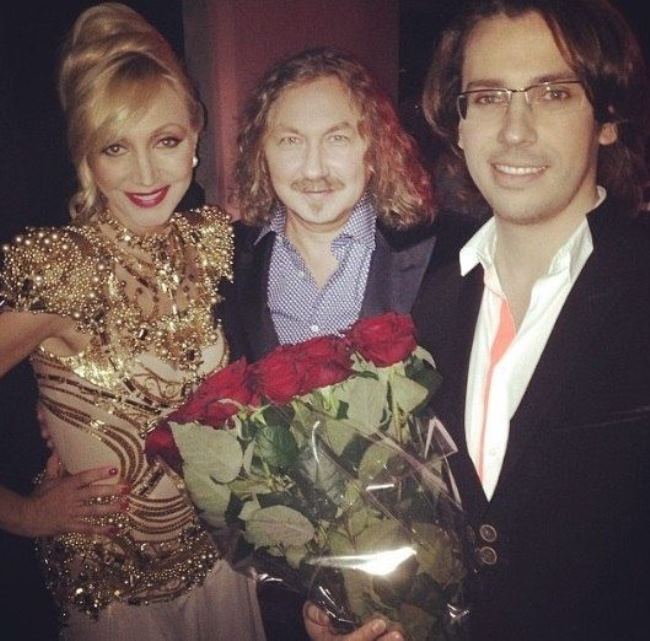 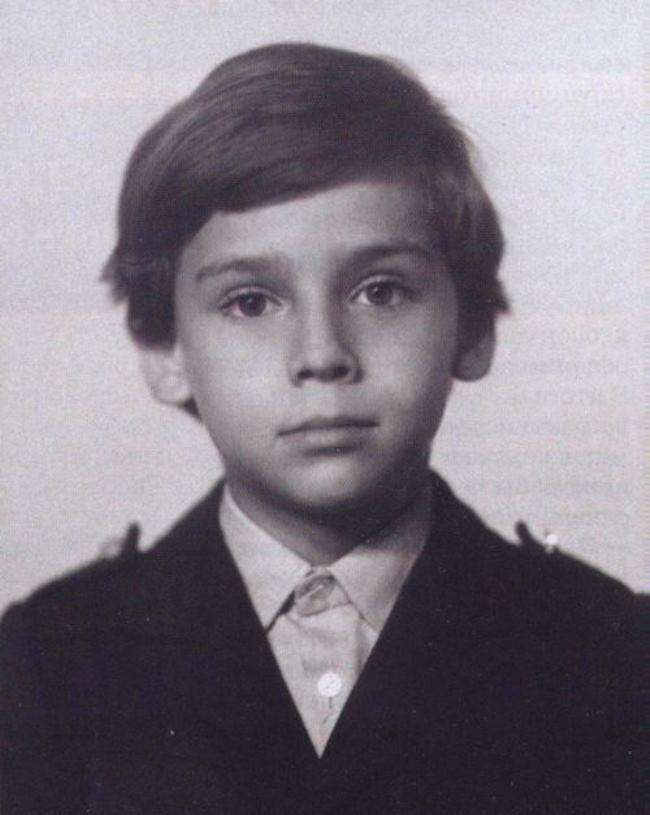 Little Maxim in his childhood 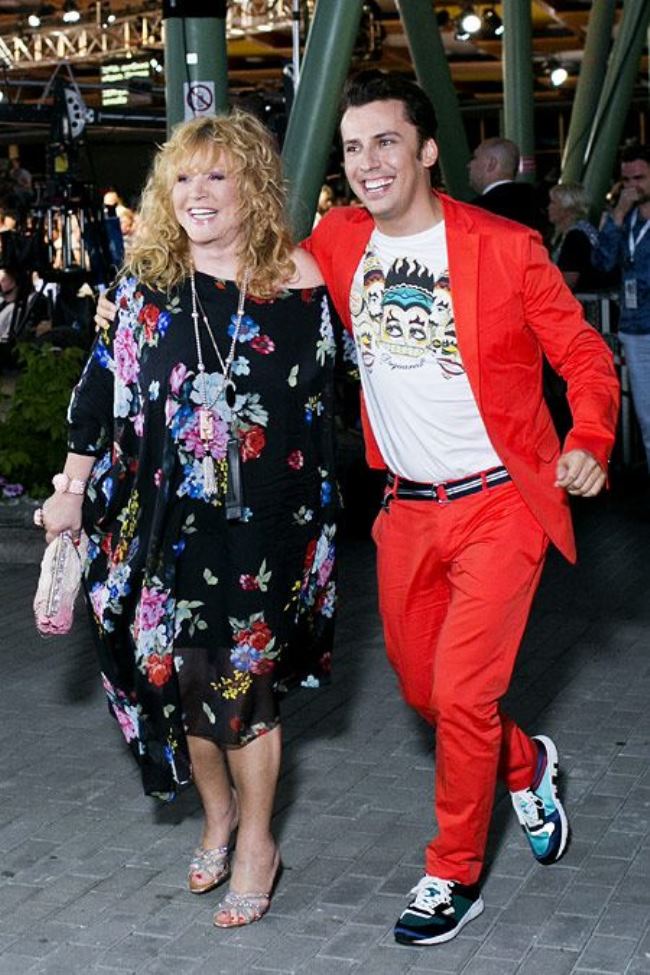 Original Maxim and his wife 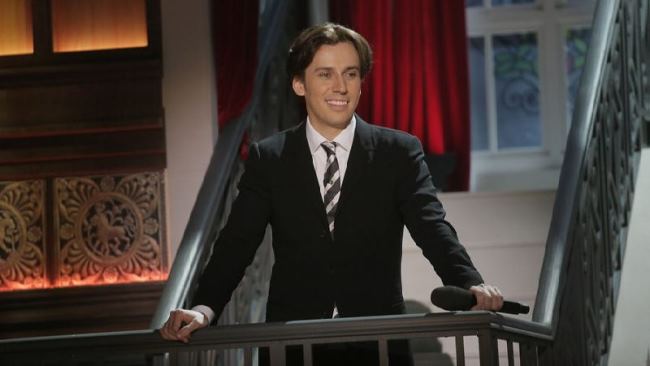 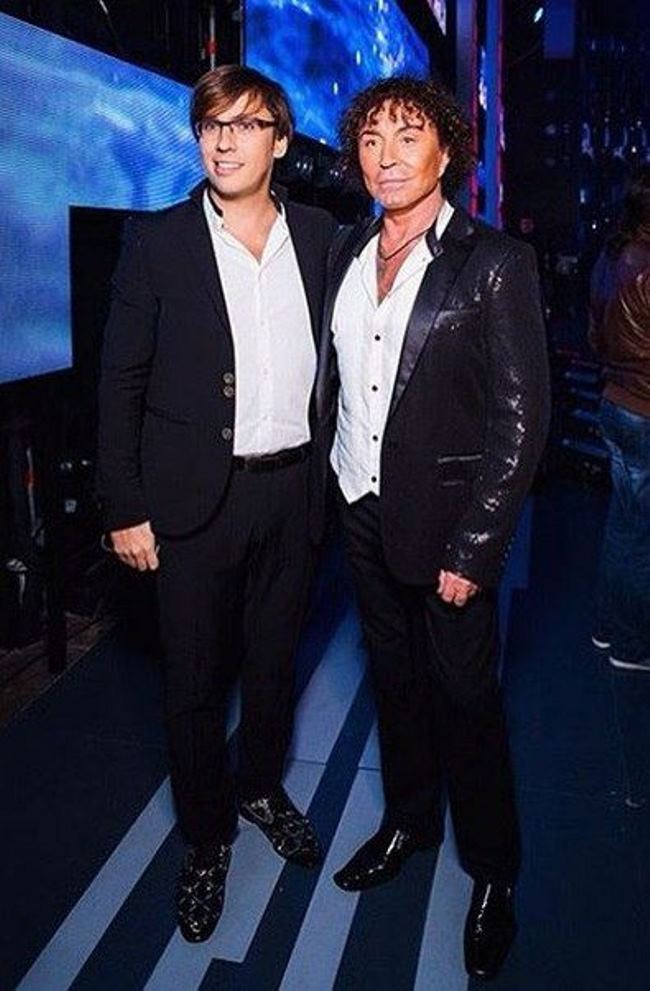 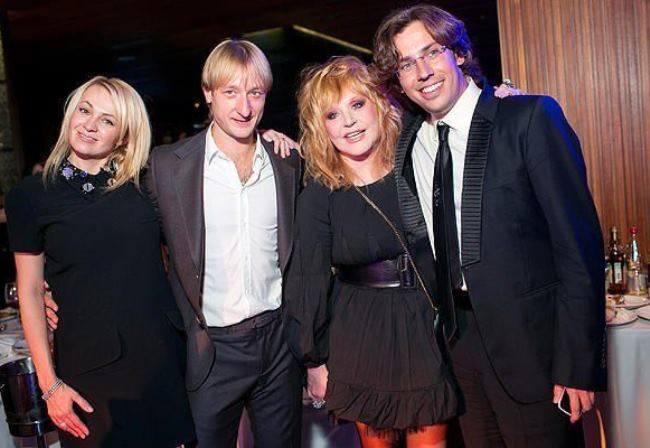