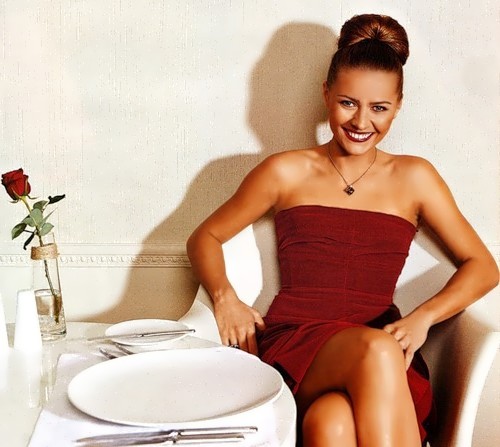 Maria Golubkina is a famous Russian film and theater actress, TV presenter. She became popular after her role in the movie Adam’s Rib (1990) directed by Vyacheslav Krishtofovich.
Her mother is talented and popular actress Larisa Golubkina and her stepfather – brilliant actor Andrey Mironov. To tell the truth, Mironov had daughter Maria Mironova from his first marriage with Ekaterina Gradova.
Pretty girl was born on September 22, 1973 in Moscow, USSR. At the age of 10 she was engaged in equestrian sports. It began quite unexpectedly – “I saw a horse and was stunned”, childish admiration turned into love. Maria calls herself an amateur athlete. The actress has several medals and assures that the horses helped her to overcome a difficult period, which happened in her life after her divorce with Nikolai Fomenko.
16-year-old girl debuted in the film Adam’s Rib in 1990.
In 1995 Maria graduated from the Shchukin Theatre School. A year later, in 1996, Maria began working at the Moscow Satire Theater. Then, from 2007 to 2010, Maria worked at the Moscow Pushkin Drama Theater.

In 1992 Maria starred in the movie Fandago for Monkey. Then there were roles in Detective Bureau Felix (1993), Runaround (1994), Love in the Forbidden Zone (1995).
The role of Sveta in the film Wedding directed by Pavel Lungin brought her fame.
Also Maria starred in Moscow Heat, Personal Number, Brezhnev, Jackpot for Cinderella, Yesenin, Leningrad, The Frenchman, The Fifth Corner and many others.
Since 2012, the actress was the presenter of the program Devchata (Girls), broadcasted on the Russia-1 channel.
In 2016, Golubkina appeared in the mini-series about synchronized swimming Synchronized Swimmers. 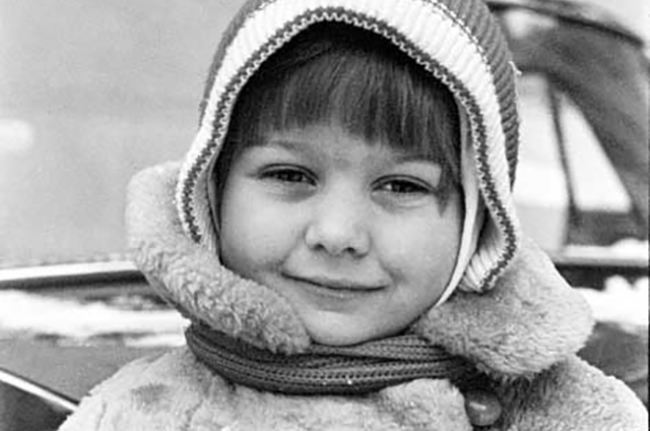 Little Maria Golubkina in her childhood

Personal life
Actor Andrei Sokolov was Maria’s first love. However, neither Maria nor Andrei told about their love affair. It was Andrei’s father who said about it. The news became a sensation for journalists. Masha and Andrei were together when the girl was 20 years old. Sokolov was in love and wanted to marry young beauty, but she met Fomenko.
Musician, showman and athlete Nikolai Fomenko was the only Maria’s husband. They got married in 1995.
Fomenko was in love with the actress Larisa Golubkina and then he met a girl and learned that she was the daughter of his childhood love. It was fate.
Nikolai and Maria have two children: daughter Anastasia Fomenko (born in 1998) and son Ivan Fomenko (born in 2003). But, unfortunately, the couple broke up in 2008. Nikolai met Natalia Kutobaeva, whom he later married.
Actor Euclid Kyurdzidis helped Maria to forget about the divorce. They did not hide their relations from prying eyes. However, rumors about their affair did not last long.
Golubkina surprised everyone when she came to the Moscow Film Festival in a wedding dress. Maria said she secretly married cosmonaut Andrei. But it was just a joke.
In June 2017, the actress openly admitted that she had a love affair with Boris Livanov and was going to marry him. Boris is the son of the famous actor Vasily Livanov. However, at the end of 2017, the couple announced their broke up. 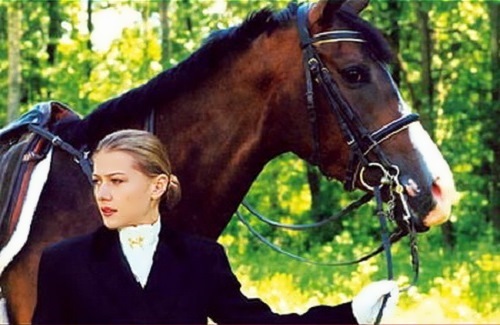 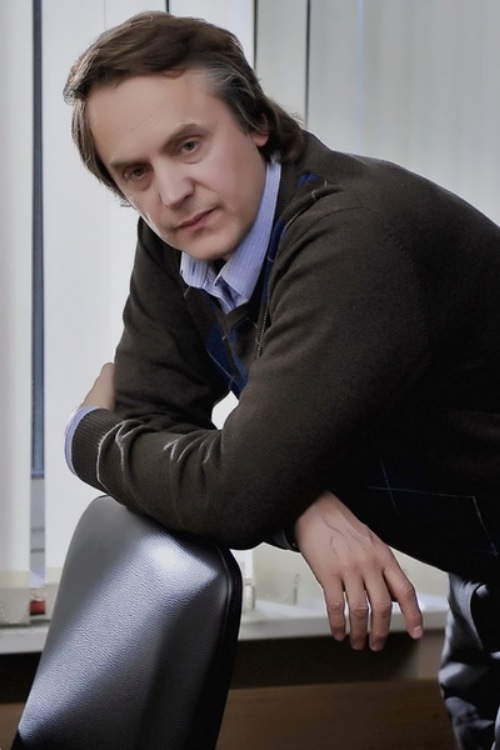 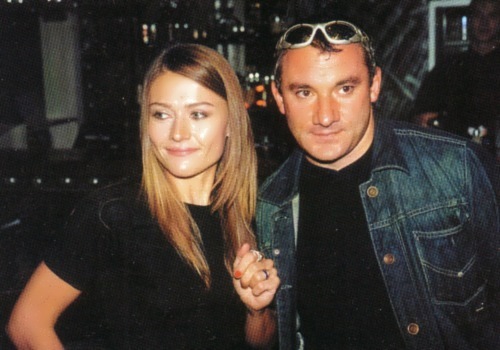 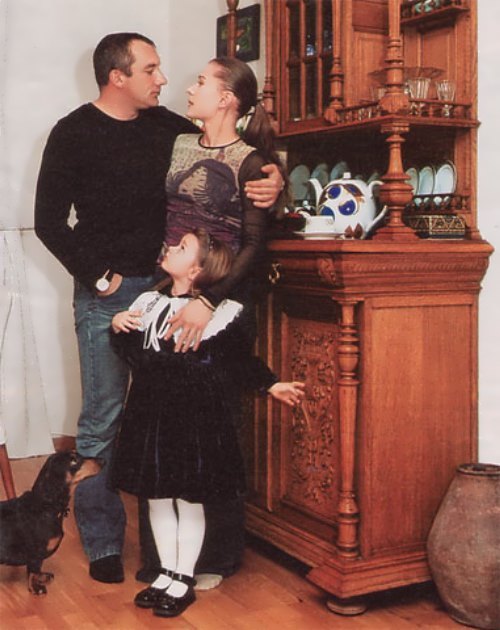 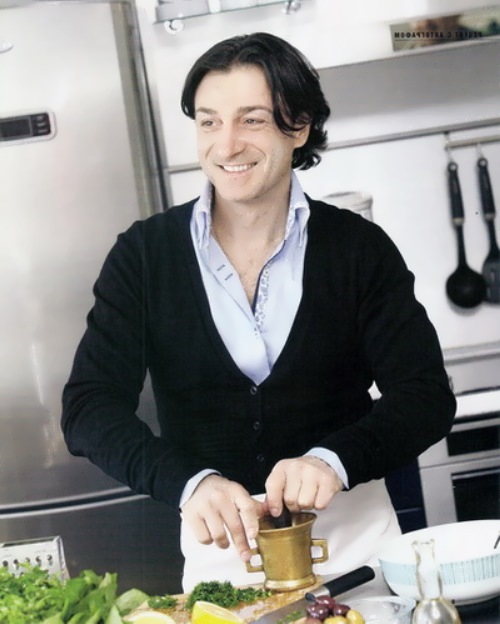 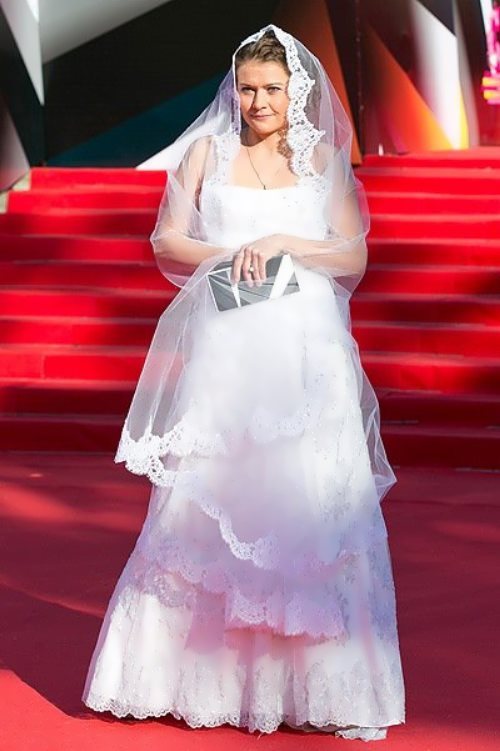 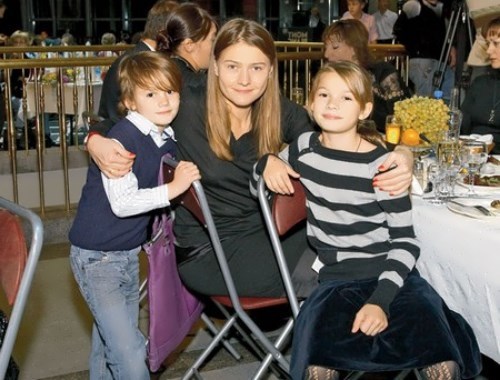 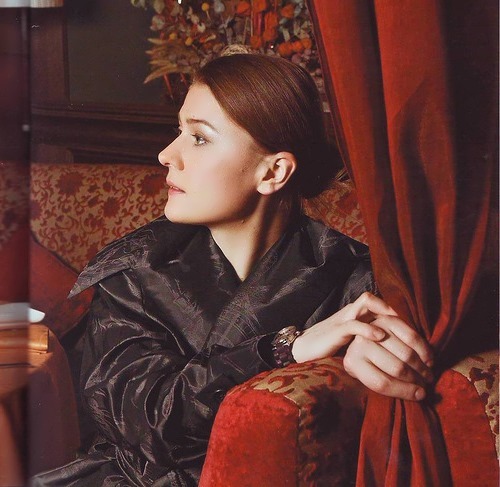 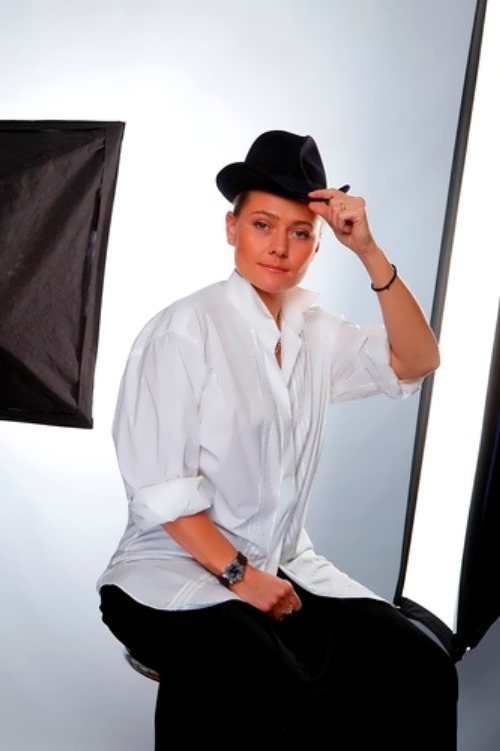 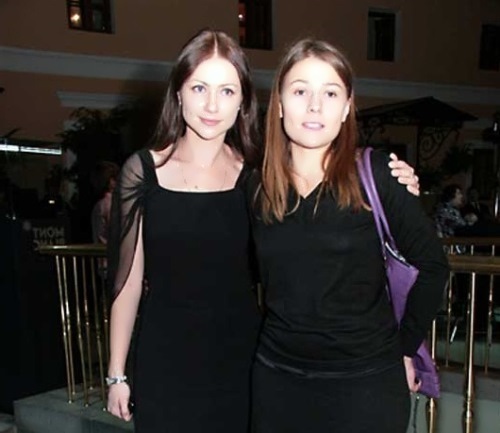 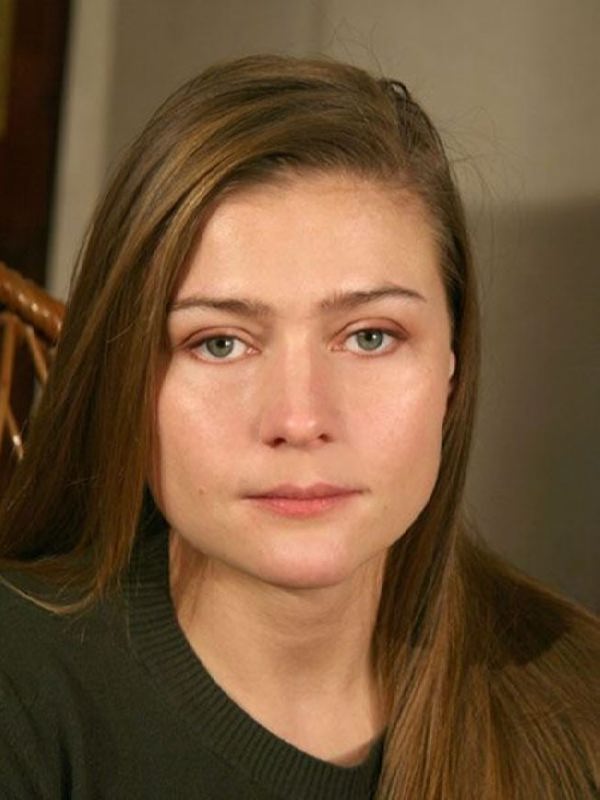 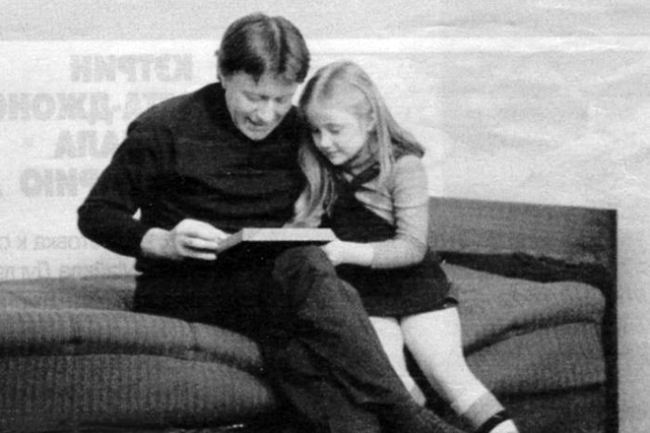 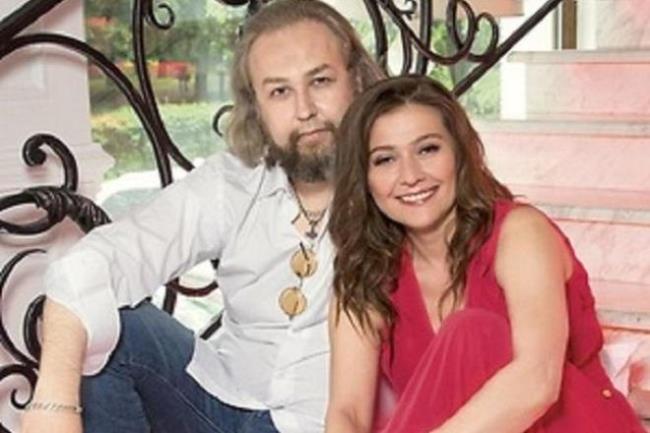 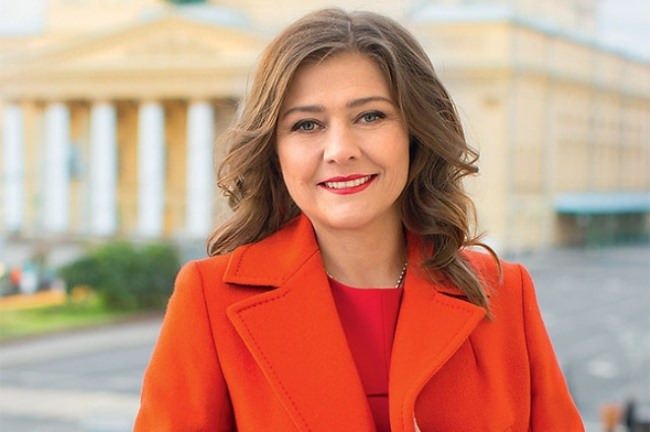 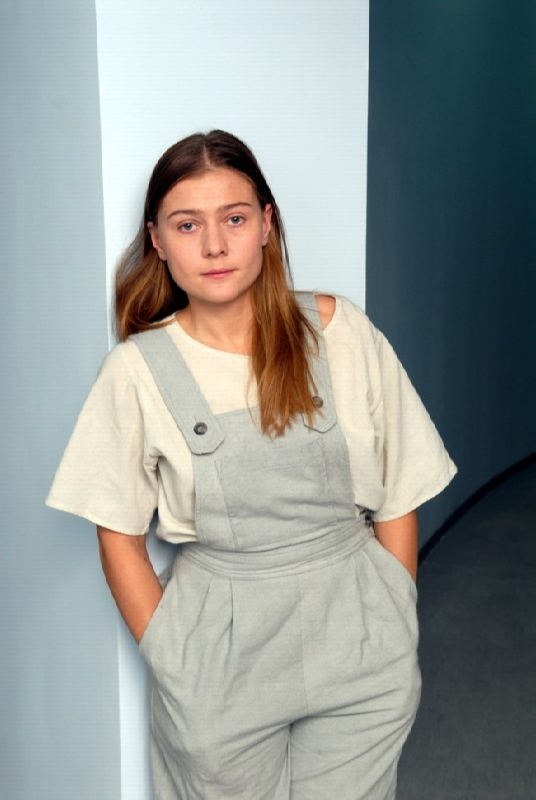 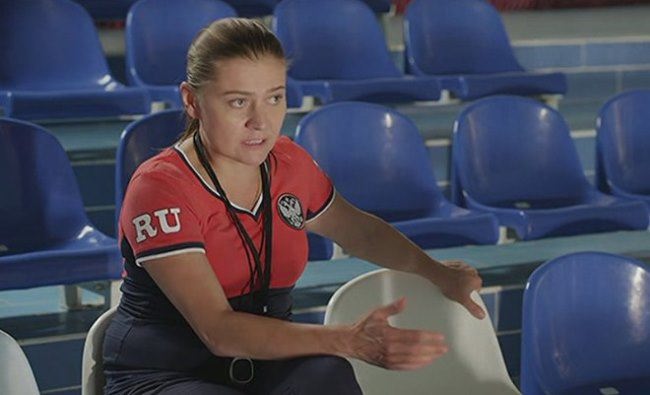 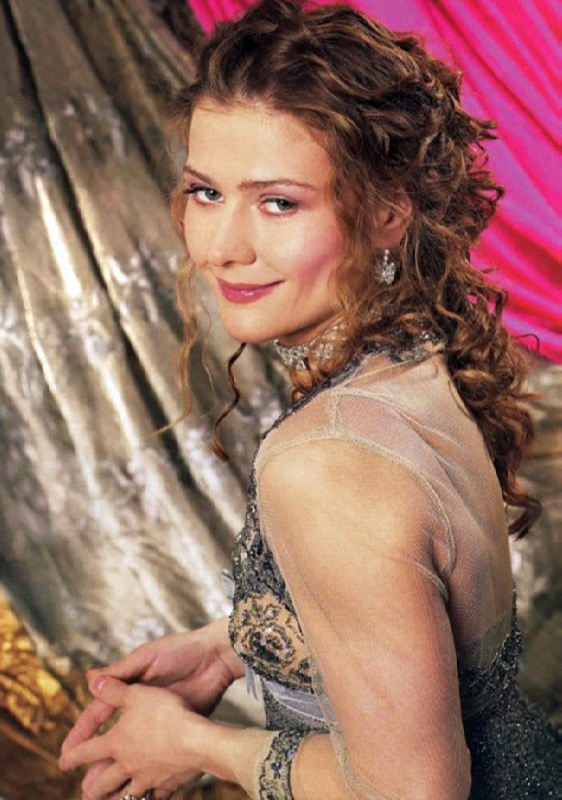