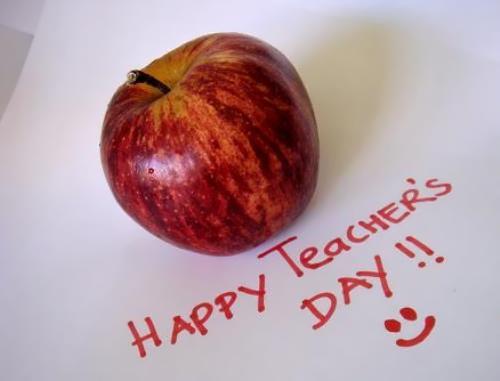 On October 5 teachers all over the world celebrate their professional holiday. It’s difficult to overestimate their role in everyone’s life. In honor of the holiday, let’s recall the main Russian teachers. 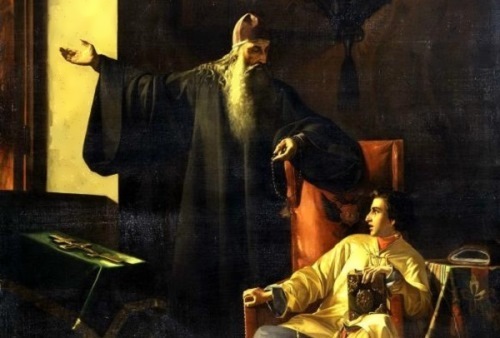 Pavel Pleshanov. Tsar Ivan the Terrible and the priest Sylvester during the great fire in Moscow on June 24, 1547

Sylvester was the priest of the Moscow Cathedral of the Annunciation, he had a beneficial effect on young Tsar Ivan IV. Editor of Patriarchal Despotism (Domostroy) is interesting for his exhortation to his son Anthimus (chapter 64), which is not so much the message, but the code of conduct for the young Muscovite, a collection of his father’s good advice on how to live and not to lose face.
Some tips are still relevant today: love and support your wife, in Lent avoid intimacy, live virtuously; fornicators and adulterers will be judged by God; communicate with the good people of all ranks and titles, listen to good words and fulfill them. 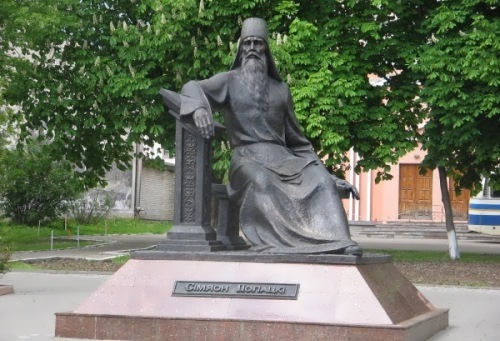 Monument to Symeon of Polotsk 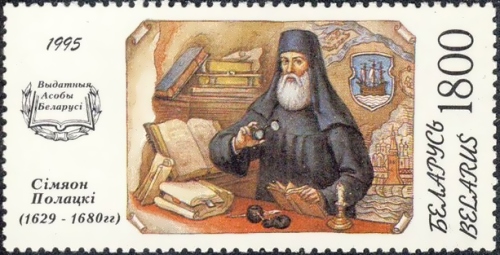 He was one of the most cultured and educated men of his era. You know, he came to Orthodoxy from Catholicism. Symeon was an enlightener, who laid the groundwork for the development of modern Russian literature. By the way, he took part in church reforms, was a participant of disputes and controversies. Also he was a Latin teacher, but above all, Symeon was a poet.
Symeon was a court poet and a teacher of royal children – Fyodor and Sophia. Also he was a teacher at two Christian Brothers schools, founded uncensored printing press in the Kremlin, where many books were published – textbooks, theological literature, and his verses. 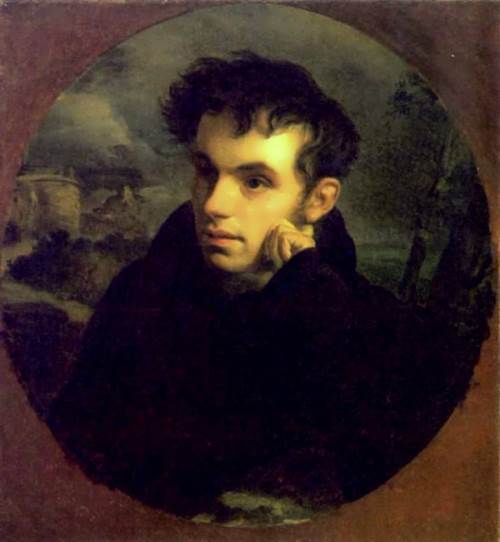 He was a son of Turkish woman Salha and landowner Afanasiy Bunin, close friend of Alexander Pushkin, poet. Zhukovsky translated Schiller, Moore, Byron, Homer’s works, was a member of the People’s Militia in the War of 1812.
Besides, he was the author of the hymn God Save the Tsar as well as mentor of the heir to the throne, the future Tsar Alexander II.
He began his career as a court reader, then became a Russian language teacher of the Grand Duke Nicholas (future Nicholas I). Zhukovsky was a humanist, he bought Taras Shevchenko out of serfdom and freed his peasants (1822). This act had had an enormous impact on the future Emperor Alexander II, who was later called the Liberator for the abolition of serfdom in the Russian Empire. 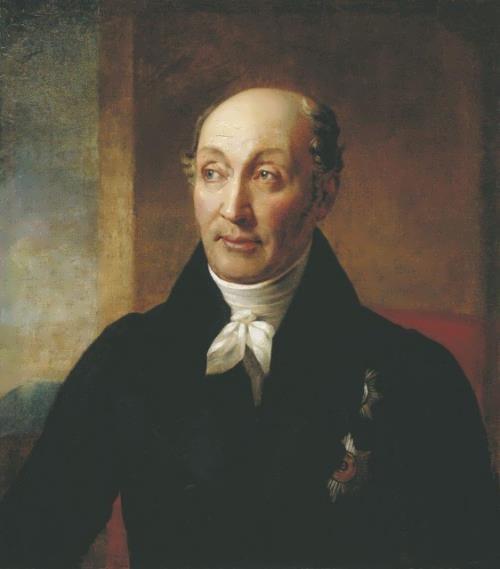 When he entered the Vladimir’s Seminary, he chose his name himself. Speransky is from Latin spero which means hope. For four years, this teacher-naturalist made an incredible career thanks to his intelligence and talent. From a simple teacher, home secretary, he turned into a state councilor, lawmaker, and reformer.
So what did he do?
– He streamlined Russian legislation.
– He created a project of the state political reform.
– Being a moderate reformer and supporter of gradual reform, Speransky had to judge Decembrists – reformers revolutionaries. He felt pangs of conscience, but sentences for Decembrists were written by him. 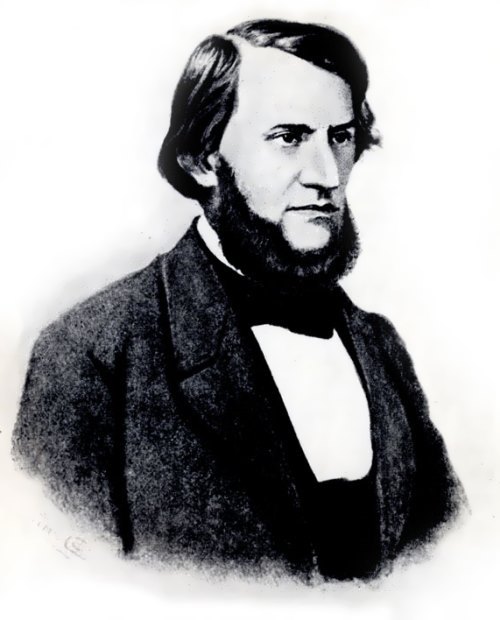 Can I teach without educating and educate without teaching? How and what to teach the rising generation? What are the main aims and objectives of education? Ushinskiy tried to answer these questions.
In the context of a strong educational vacuum his ideas were innovative – not teachers pave a path to education, but above all, nation and its best representatives.
Philosophical and psychological knowledge became major in education. Psychological, physiological and social nature of man contains great opportunities for education. Ushinsky argued that the fundamental law of human nature is that the child requires the activity constantly and tired of its uniformity and monotony. 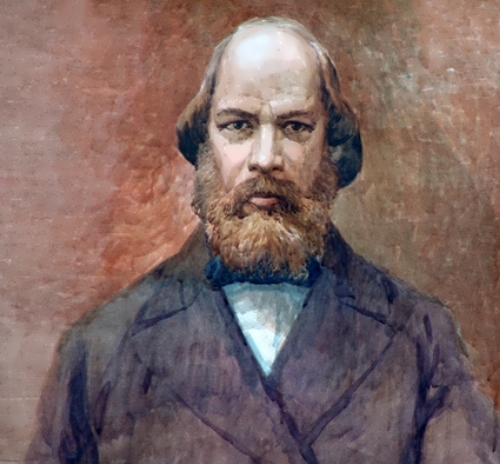 His real surname was Ulyaninov, but he changed it to be more pronounceable. Ilya Nikolaevich was a statesman, educator, advocate of universal and equal education for all nationalities. He became famous for his sons – Alexander Ulyanov and Vladimir Ulyanov-Lenin, who kindled the fire of world revolution.
Ilya began his career as a simple Math teacher and later became a director of public schools. In fact, he was the main “head teacher” in the province. Thanks to his energy and perseverance 150 school buildings were built and the number of students increased from 10 thousand to 20 thousand people. He was a proponent of equal education for all, regardless of gender, age, income and ethnicity. You know, he opened the first Chuvash school in Simbirsk, founded the first school in the county for the Mordvinian population and the first secular school for the Tatars. 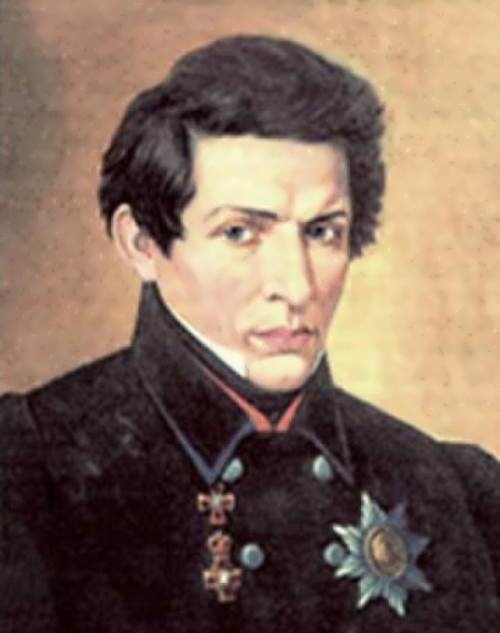 Lobachevsky was a professor, rector of the Kazan University. His first published textbooks were condemned for the use and promotion of the metric system. Lobachevsky denied Euclid’s axiom of parallelism and called it “arbitrary limitation”. Also he developed a completely new trigonometry and differential geometry with the calculation of length, volume, and area. Unfortunately, his contemporaries could not adequately assess the work of the scientist. His Principles of Geometry (1832) received a negative opinion, and in fact were ridiculed. Recognition came to the scientist a few years after his death, his ideas were continued by such mathematicians as Klein, Beltrami and Poincare. The realization that the geometry of Lobachevsky was an alternative to Euclidean geometry gave rise to a powerful new discoveries and researches in mathematics and physics.