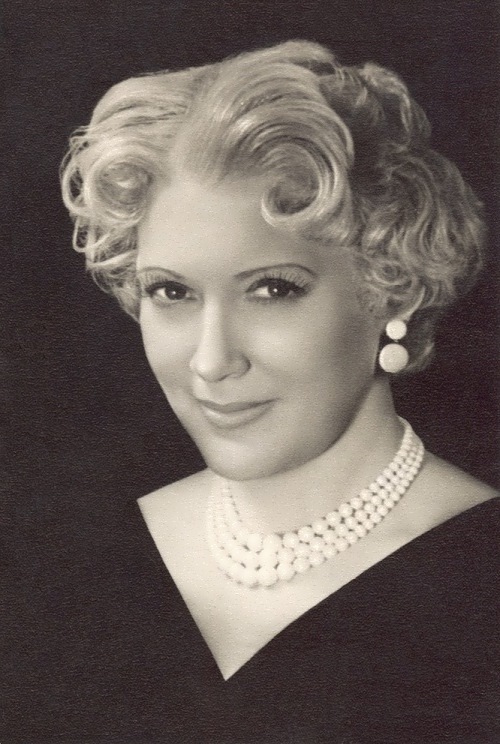 Lyubov Orlova – Solitude of the star
She was loved by everyone – from an almighty leader to the simple farmer. Bright beauty and shiny smile of the first Soviet cinema star forced millions of men to dream of love and happiness.
Famous theater and film actress Lyubov Orlova was born on 29 January 1902, in Zvenigorod, Moscow region. She was born to a family of Russian nobles and grew up in Yaroslavl. When she was seven, Fyodor Shalyapin predicted: “You will see this girl will be a great actress!”
In 1919 Orlova entered the Moscow Conservatory and after graduation she attended the ballet school. However, she wanted to be an actress, theater at that time was much more popular than the “bourgeois” classical music.
Later, in 1926, the budding actress was admitted to the Moscow Art Theater, where she met a prominent party member, deputy Commissar of Agriculture Andrei Berzin. After a while they got married. But marital bliss was short-lived – Andrei was arrested as a member of the opposition party. Immediately after the arrest of her husband Luba divorced him. She was not going to be “just a wife”.

The affair with theater director Mikhail Nemirovich–Danchenko, the son of the founder of the Moscow Art Theater, helped her to get roles. However, this love affair was short-lived. Prima Donna left her lover. Austrian engineer, who worked in the Soviet Union under the contract, became her new husband. He promised to take Orlova to the West and make her a film star.
The meeting with Alexandrov changed everything. He was a year younger than she, handsome and athletic.
In spring 1934 film director Grigory Alexandrov sought actors for the musical comedy Jolly Fellows written by Erdman and Mass. An actor was found at once, he was Leonid Utesov. But director couldn’t find the heroine. Friends advised him to go to the Musical Theatre on operetta Perichole with a young and very purposeful actress Lyubov Orlova. 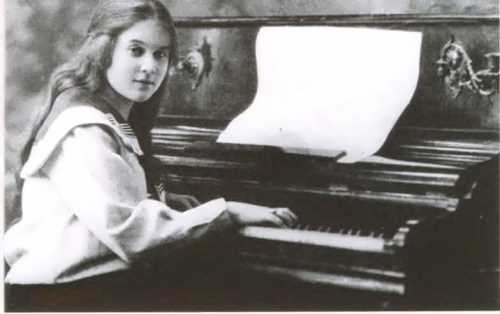 When the curtain went up there was a young, blond, blue-eyed Beauty. She sang beautifully and moved with the grace of a born ballerina. After the play, Alexandrov rushed to invite the actress not only to play in the future film, but immediately visit Sobinov’s anniversary at the Bolshoi Theatre with him. After the banquet they roamed the streets of Moscow until the morning. In a conversation Orlova mentioned that she was over thirty, Aleksandrov refused to believe. He was already in love with her.
The film Jolly Fellows was filmed in the summer of 1934 in Gagra. Lyubov and Grigory were flirting with each other, although Alexandrov was waiting for his wife Olga and Orlova for her Austrian husband. As a result heartbroken Austrian left Russia and Olga divorced her husband.
Alexandrov doubled the number of scenes in the film with the participation of the actress. At first film was declared “hooligan and counterrevolutionary”, but Stalin saved it, as the young star earned his sympathy. On his order, aspiring actress was awarded the honorary title of Honored Artist. Orlova was invited to the Kremlin.
“You are very cheerful, small and thin! – Stalin surprised. – That will not do. Convey to your husband if he does not feed you better, we’ll hang him”. “How?” – the actress was horrified. “By the neck” – leader said grimly. And then he smiled, “I’m just kidding. Maybe you have any request? Fulfill, I promise”.
Suddenly Orlova asked about the fate of Berzin. Stalin promised to help, and soon the actress was asked to come to the Lubyanka, “Your ex-husband is still alive, and you can visit him if you want”. Orlova did not want to. Many years later, Berzin was released, but soon, and without seeing his ex-wife died of cancer.
In the late 30s after starring in the films Circus, Volga – Volga and Shining Path, directed by Alexandrov, Orlova became a real star, the first sex symbol of the country. 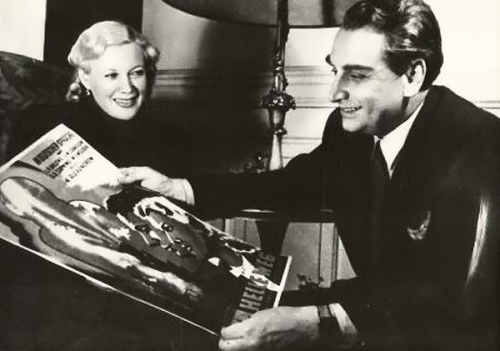 After the war Alexandrov directed a comedy Spring in Czechoslovakia. In 1947 the movie was the first Soviet film to receive a prize at the Venice Film Festival.
To tell the truth, Orlova acted only in her husband’s films.
With the film Spring in 1947 an actress’s brilliant film career came to an end. Then there were bad movies, small roles.
Due to lack of film roles Orlova began playing at Mossovet Theatre, in which she had played only six roles for twenty years.
In the play by Konstantin Simonov Russian Question she played the role of Jesse. Then together with Valentina Serova she played in Gorky’s Somov and Others.
In the play by Jean-Paul Sartre Lizzie McKay, she played the title role.
Sartre, who visited the 400th presentation of his play in the theater in 1962, said: “I’m delighted with Orlova’s performance. She is really the best Lizzie of all”.
For a while she played in Ibsen’s play Nora, but soon she was replaced by young Iya Savina.
By the way, her last role in the theater was in the play The Curious Savage, where she played after Faina Ranevskaya. Orlova was very nice, elegant and charming on stage, although she was more than sixty years old.

Lyubov hated her wrinkles. Her desire to remain young and beautiful had become a real obsession. Orlova was probably one of the first Soviet film actresses who had plastic surgery on her face. She did it abroad. It was rumored that the first plastic was paid by Charlie Chaplin. 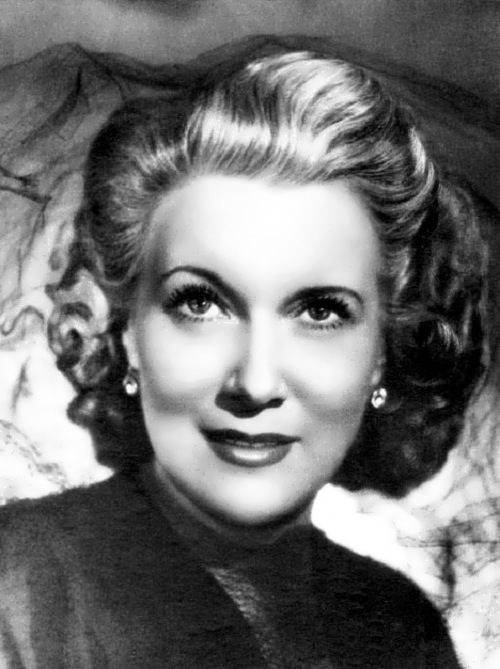 In the last years of their life Alexandrov and Orlova patiently went into the shadows. They lived a simple life in Vnukovo, sometimes traveled abroad. Orlova and Aleksandrov had many friends abroad, including movie stars and international celebrities such as Marlene Dietrich, Charlie Chaplin, Pablo Picasso. However, in their native country the couple had no real friends. Only in the last years of her life playing in the theater Lyubov made friends with Faina Ranevskaya.

Maybe that’s why all New Year’s days supposes preferred to spend together. Ten minutes to midnight Orlova and her husband left the house holding hands and walked in the park, where there was nobody else.

On January 26, 1975 at the age of 72 years, one of the most beautiful actresses of the Soviet cinema died.
Aleksandrov loved his wife very much and after her death, he was depressed. Nevertheless he was strong enough to make a documentary film Lyubov Orlova. After that, he decided that his mission was accomplished, and in December 1983 moved to a better world, hoping to meet his wife there.

A minor planet 3108 Lyubov, discovered by Soviet astronomer Lyudmila Zhuravlyova in 1972 is named after the actress.
Lyubov Orlova is also the name of the Expedition Ship used by Quark Expeditions for trips to the Antarctic Peninsula.
Source: www.lubov-orlova.ru 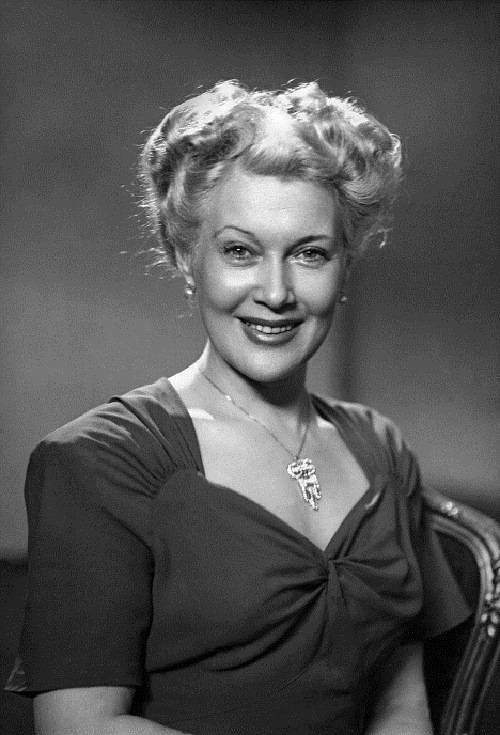 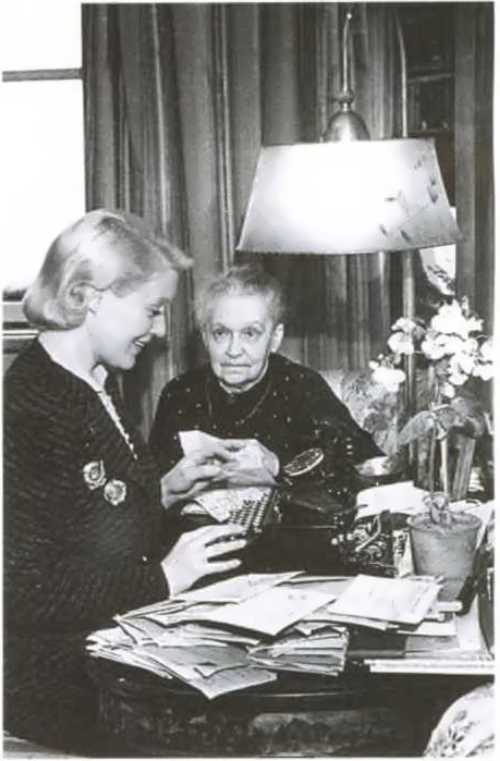 Orlova and her mum 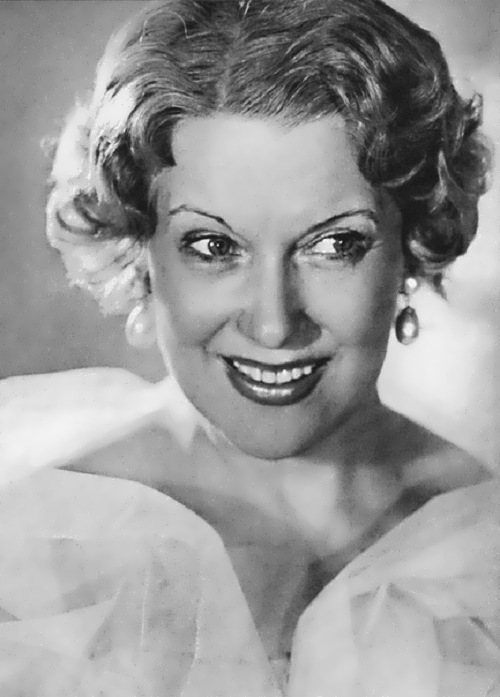 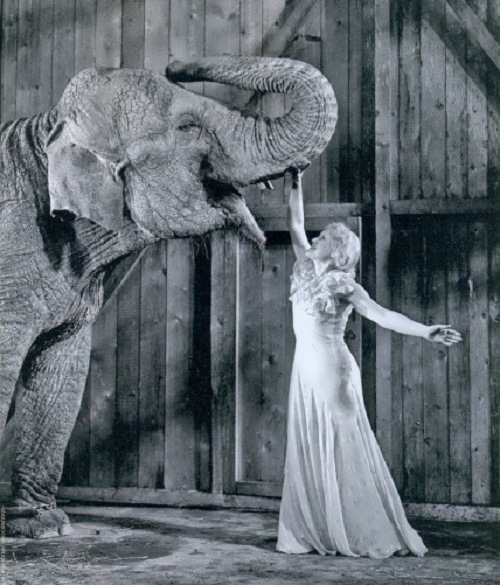 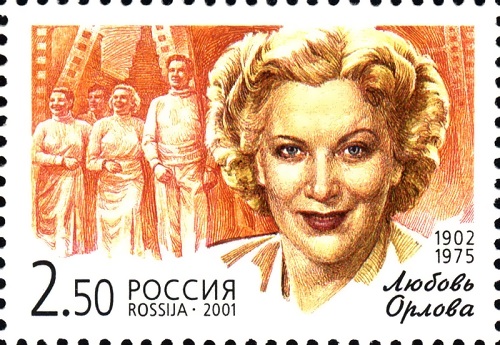 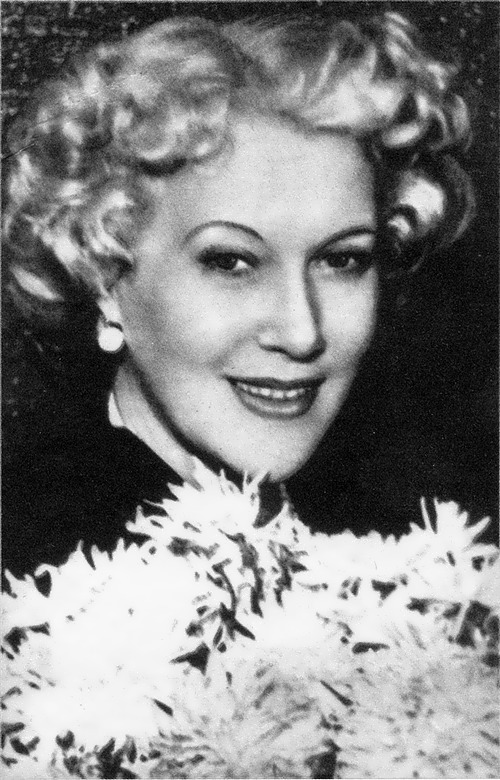 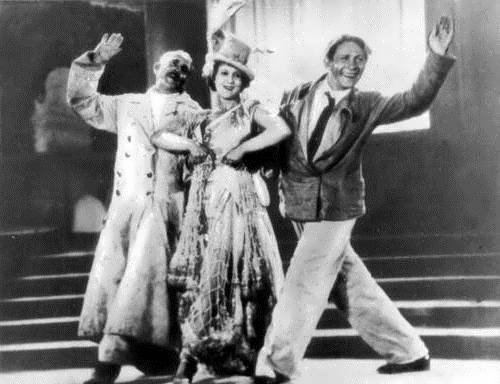 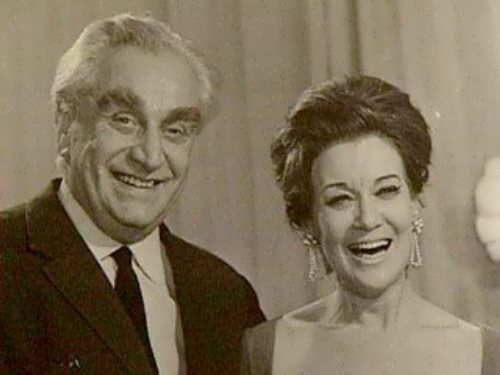 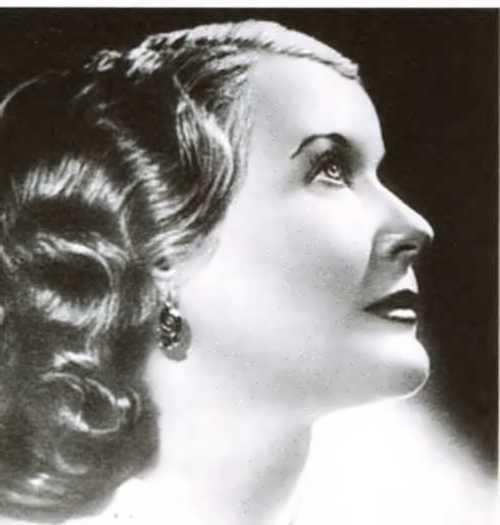 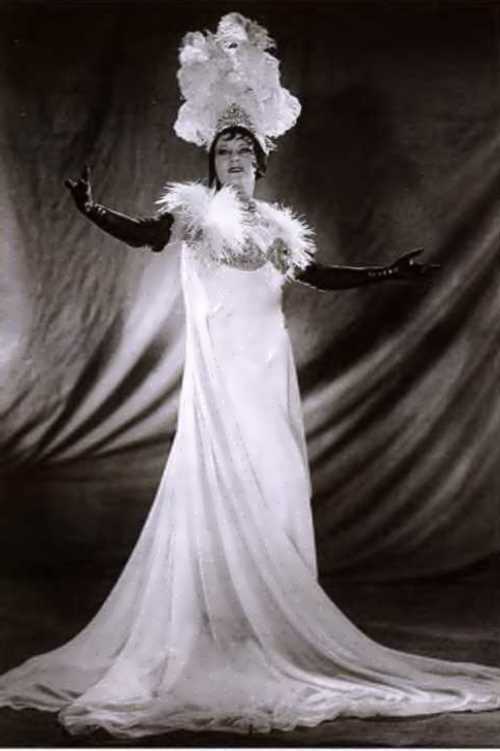 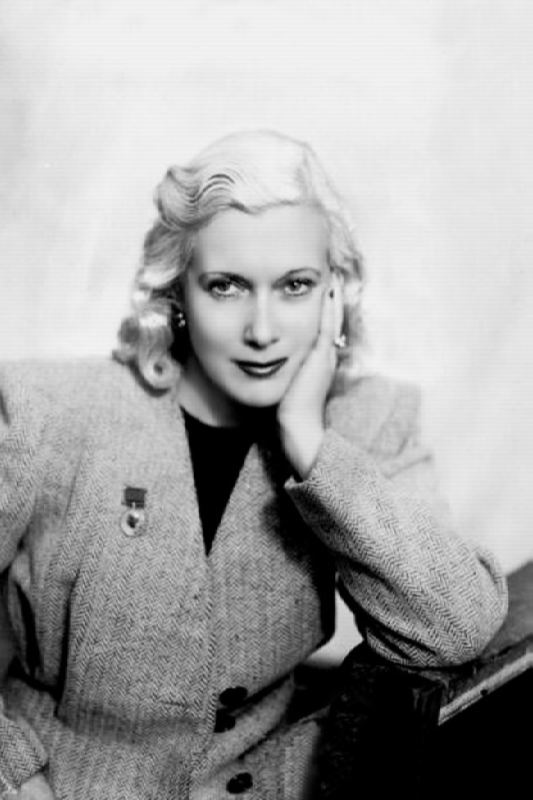 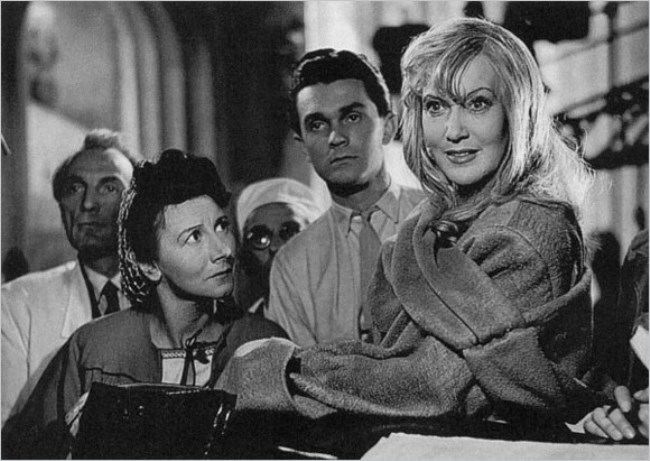 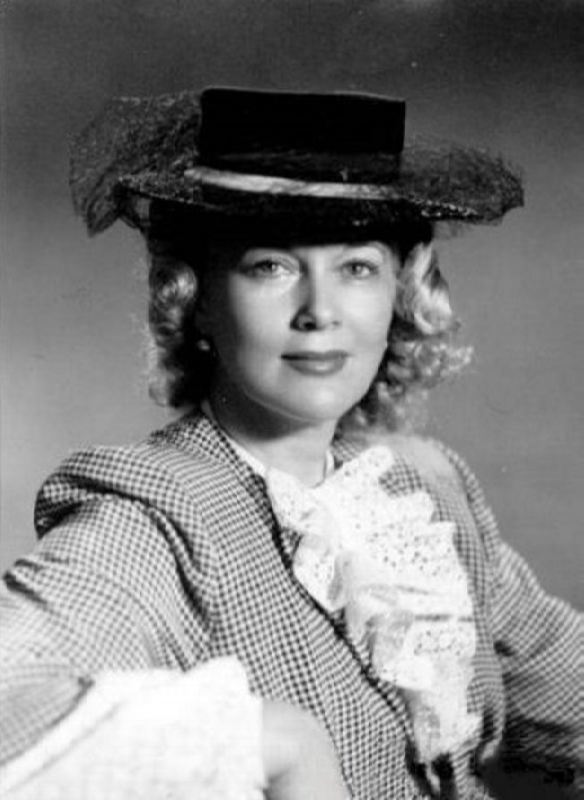 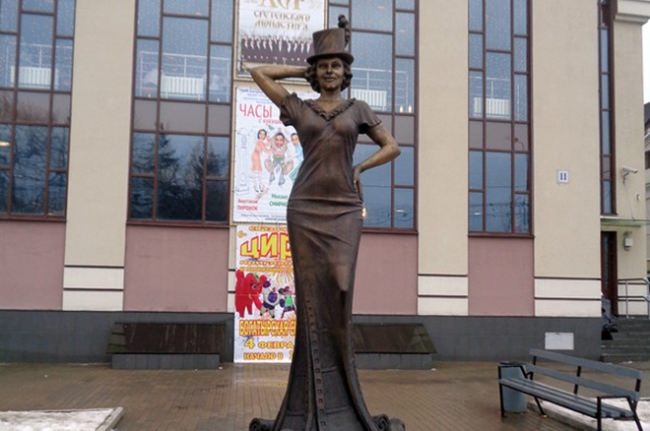 Monument to Lubov Orlova in Zvenigorod 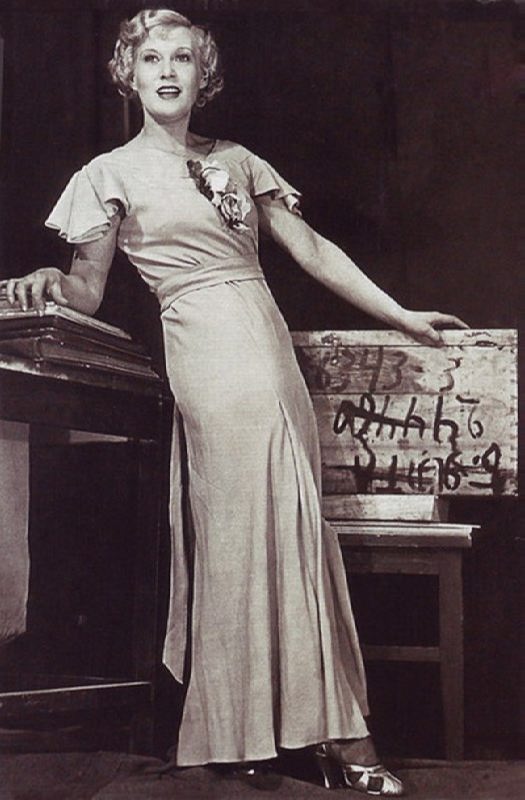 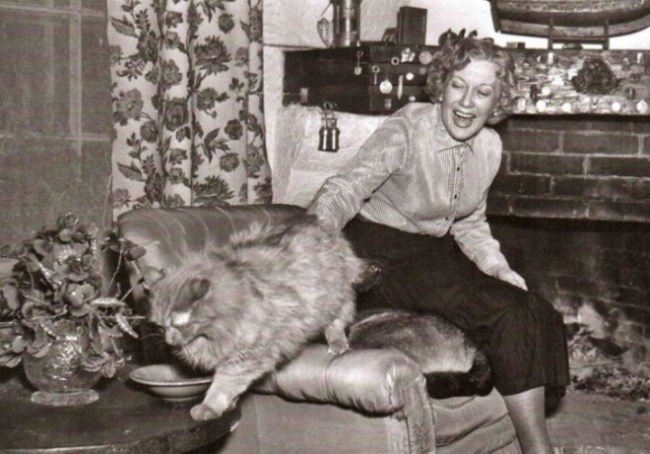 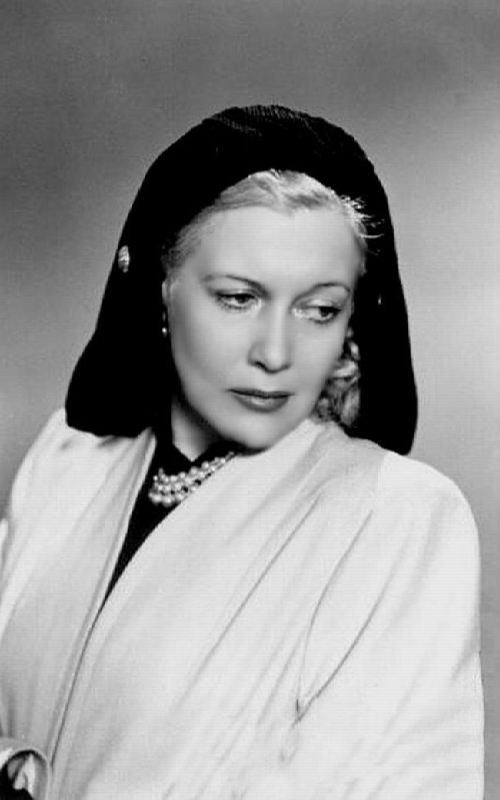 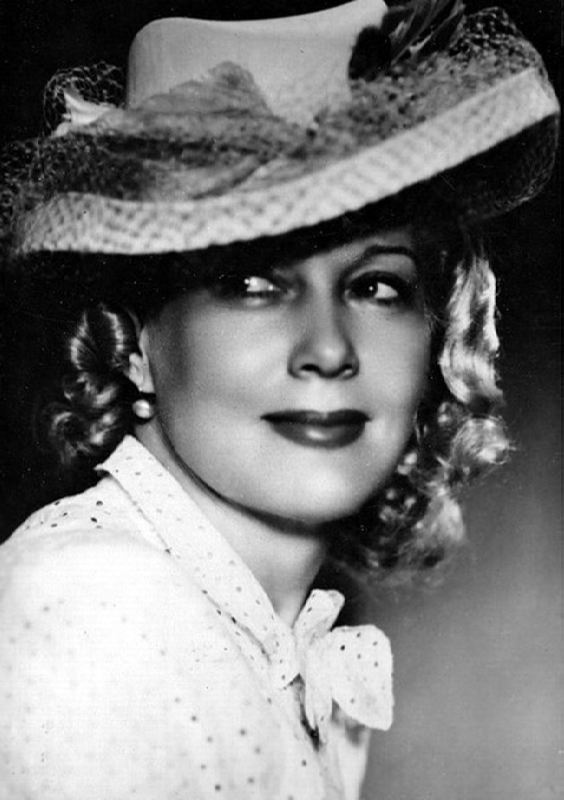