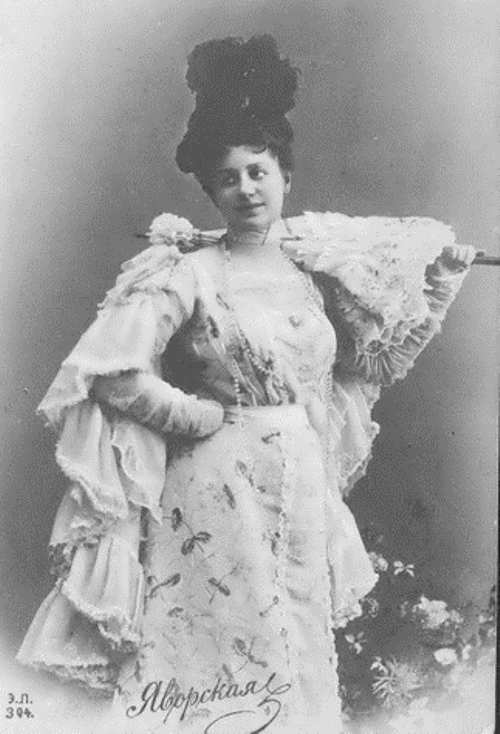 Popular dramatic actress Lydia Yavorskaya is one of the most controversial figures in the theater world of the early 20th century. Her amazing efficiency and purposefulness were combined with vanity, egocentrism and ambition. Theater critic Suvorin called her a deceitful creature, woven of pretense and envy. Chekhov considered her to be an intelligent woman, but an overly loud and mannered actress. Despite this, there were rumors that they were lovers and that Yavorskaya became a prototype for the actress Arkadina from Chekhov’s Seagull.
Lidia Borisovna von Hübbenet was born on July 22 (August 3), 1871 in Kiev. Her father was a chief of police.
Little girl dreamed of becoming an actress and was happy to take part in amateur, home and charity performances. Yavorskaya’s first performance took place in February 1880.
After graduating from the Kiev gymnasium, she went to Petersburg and enrolled in the dramatic courses of V. Davydov. Lydia was not admitted to the Alexandrinsky Theater. But she did not abandon her goal and went to Paris, where she was taught by the actor of the Comedie Française Theater.
It is said that Lydia married someone called Yavorski while in Kiev, that he was a drunk and/or womanizer, and the girl quickly divorced him.

In 1893 Lydia made her debut in the performance based on the Chekhov’s play Bear in Reval. For one season, she had played the main roles in 10 productions. In the same year, she went to Moscow, where she performed on the stage of F. Korsch’s theater. There the first great success came to her. It was explained not so much by the eccentricity of her talent, as by the extravagant manner of the acting and the shocking appearance. Her stage roles were often too far from the literary heroines she played. Nevertheless, Yavorskaya immediately became a legislator in the theater.
In the Moscow theater she played the roles of Marguerite Gautier (The Lady of the Camellias by A. Dumas), Alice (The Struggle for Happiness by Kovalevskaya), Olga Knapsack (Chad Life by Markevich). 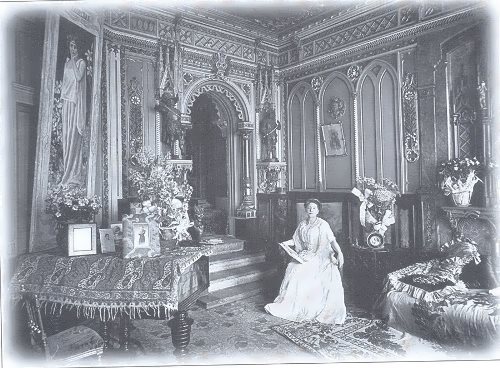 In the fall of 1893, Yavorskaya met Chekhov. The actress immediately began to spread rumors about her novel with the writer, which, according to Professor Skibina, were far from the truth. Most likely, Chekhov was primarily a potential author of future plays for Yavorskaya.
According to the researchers of the writer’s work, the vain and self-conceited Yavorskaya became the prototype of Arkadina from The Seagull. This heroine was called “self-satisfied and self-confident provincial celebrity”. Most of Yavorskaya’s contemporaries gave such a characteristic: “The basis of her character is the will to self-affirmation and glory.”
On July 26, 1894 Lydia married the naval officer and writer Prince Vladimir Baryatinsky. The husband wrote plays for her, together they tried to create their own theater, but all their productions failed. 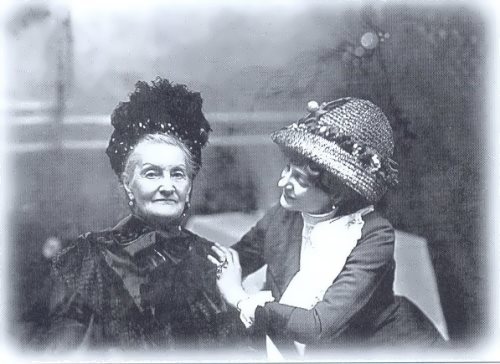 Beautiful Lydia Yavorskaya and her mother

In 1901 Yavorskaya opened New Theatre in St. Petersburg. In her New Theatre Lydia played Cleopatra (Antony and Cleopatra by William Shakespeare), Ariel (The Tempest by William Shakespeare), Nora by H. Ibsen, Antigone by Sophocles, Irene (When We Dead Awaken by H. Ibsen), Sappho by A. Daudet, Betsy (Fruits of Enlightenment by L. Tolstoy), Nina (The Seagull by Anton Chekhov), Masha (Three Sisters by A. Chekhov), Lydia (Easy Money by Alexander Ostrovsky), Olga Kruchinina (Roll over by Baryatinsky).
In 1915 Yavorskaya attempted to create a theater in St. Petersburg, but such plays as School for Scandal by R. Sheridan and Fanny’s first play (Her first play) by B. Shaw were not successful and she had to close the theater.
In 1916, Yavorskaya divorced her husband, and two years later she left for London. There she married John Frederick Pollock in 1920.
Ilya Repin (who painted many of the Imperial family) painted portraits of Lydia. And Pavel Troubetzkoy (he did a statue of Alexander III, had an exhibition of his work in the USA and in Rome) made her sculpture.
On November 18, 1921 Yavorskaya died of a throat cancer in London.
Source: dic.academic.ru 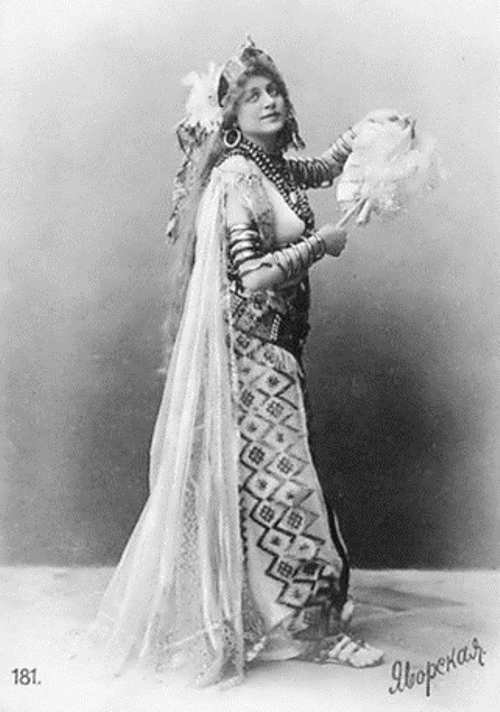 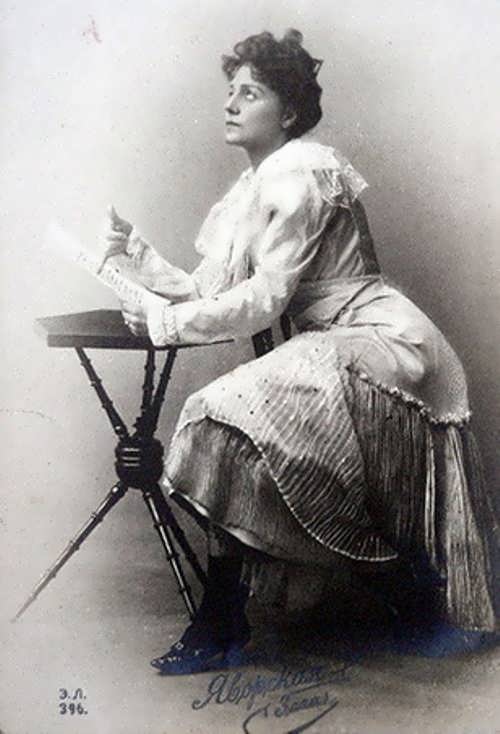 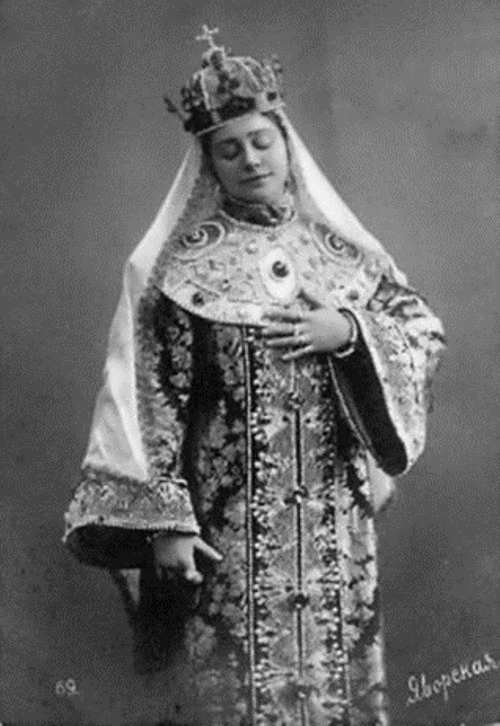 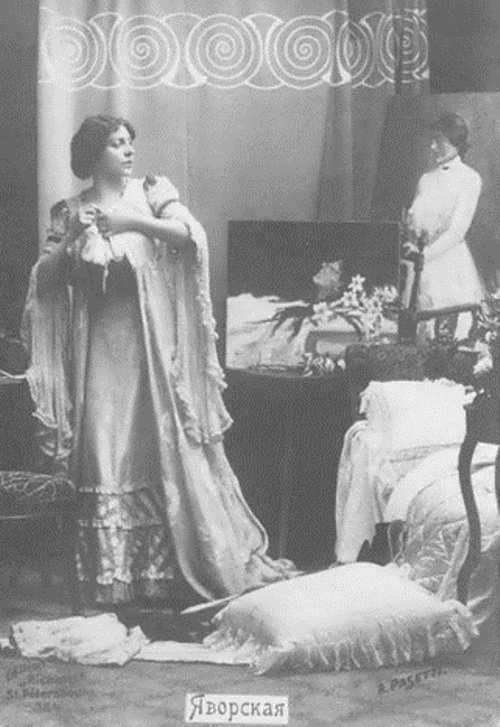 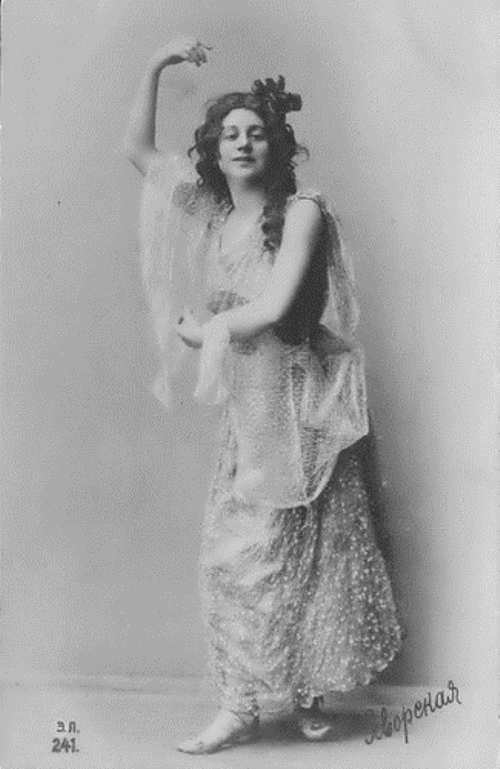 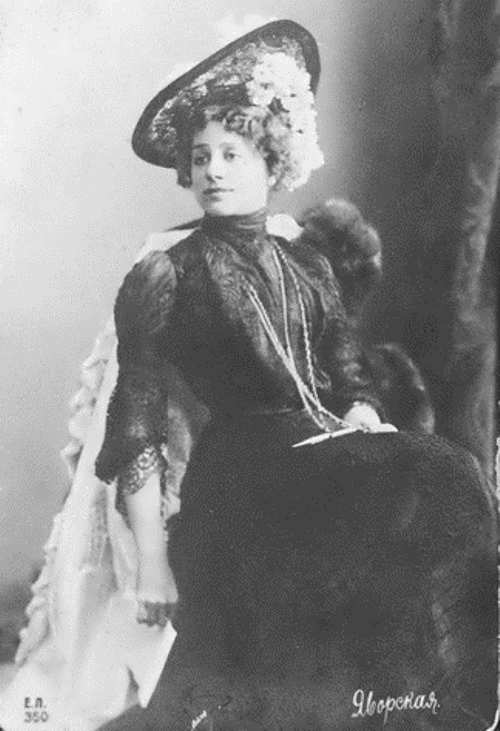 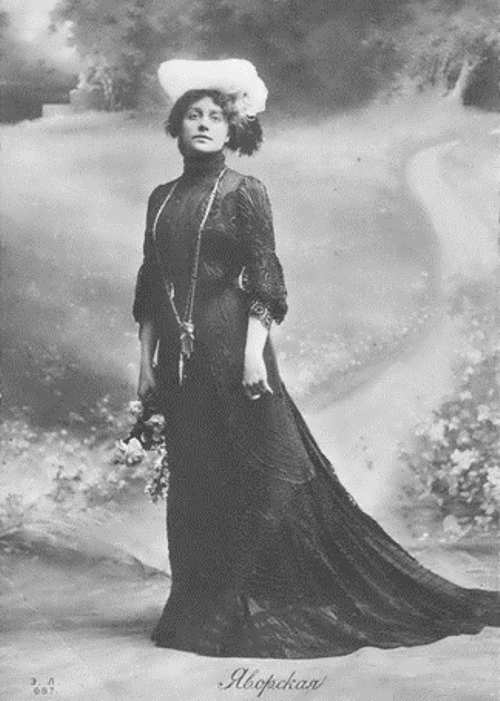 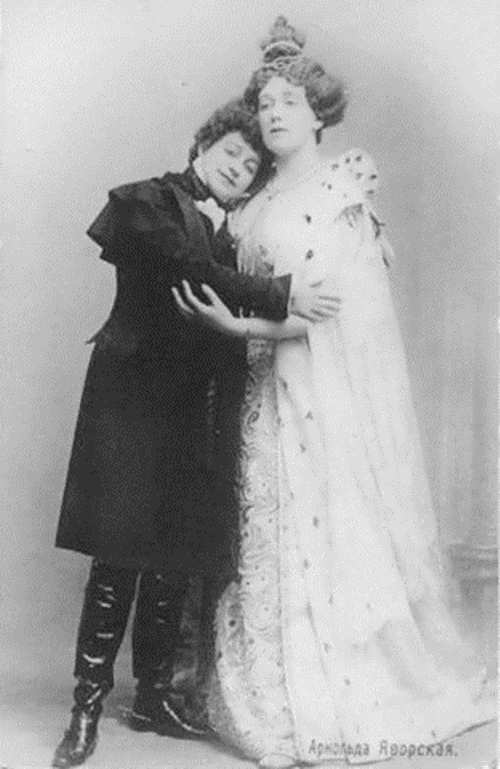 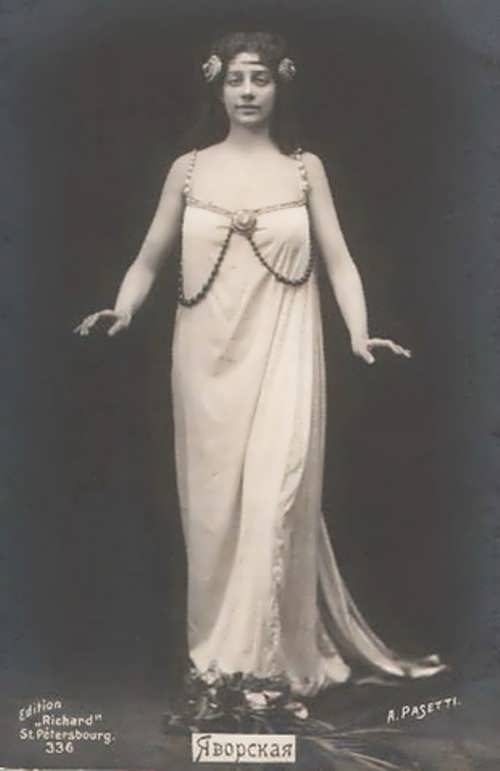 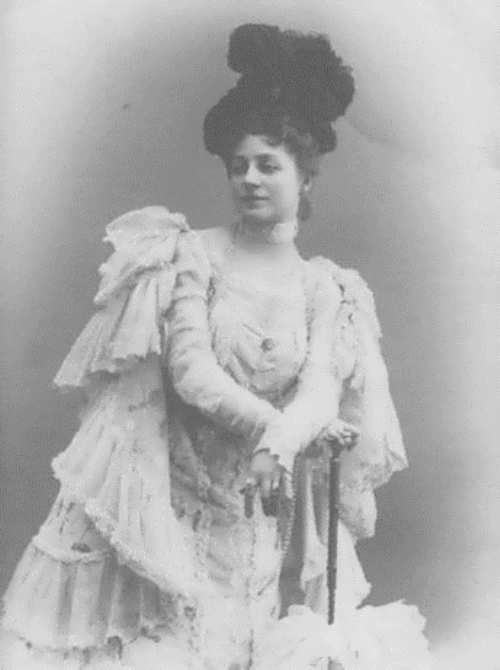 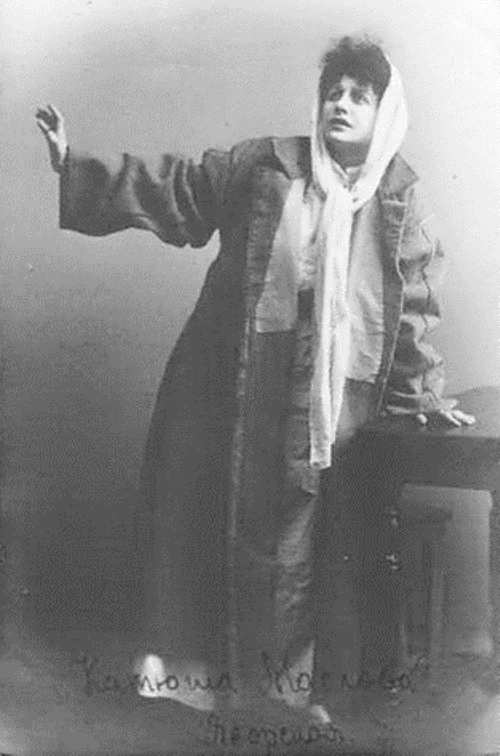 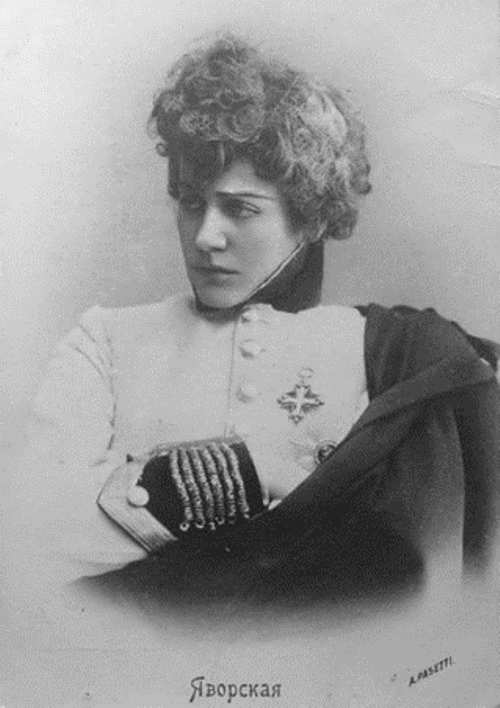 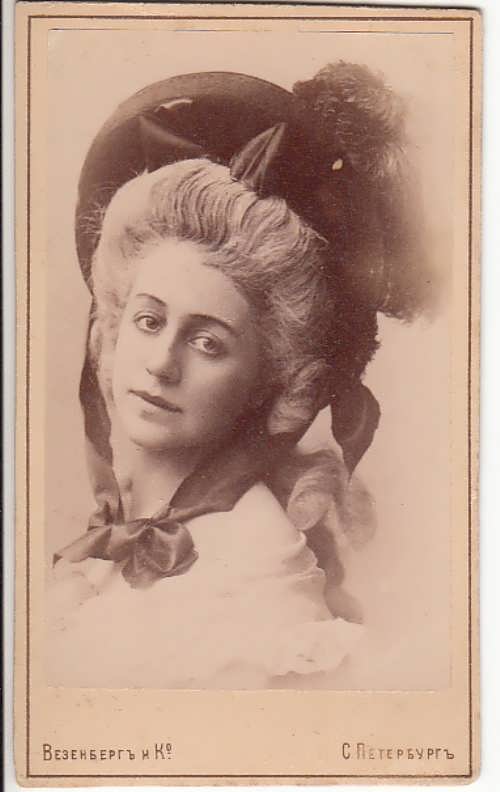 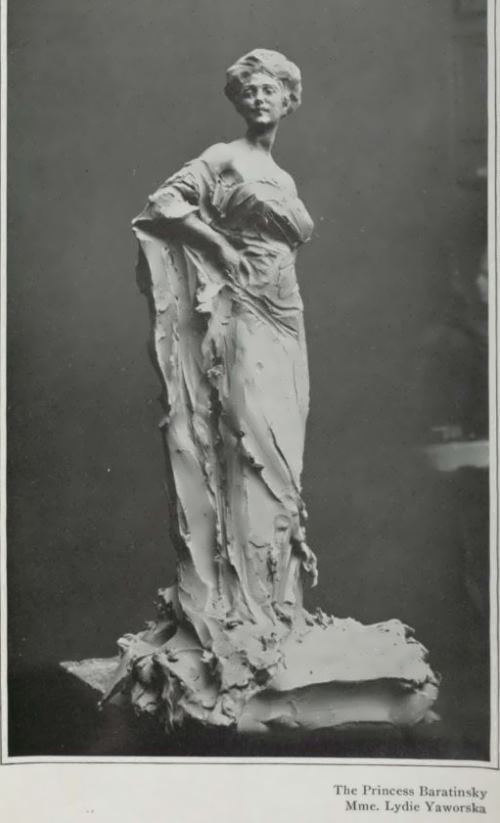 Sculpture of Lydia Yavorskaya by Troubetzkoy 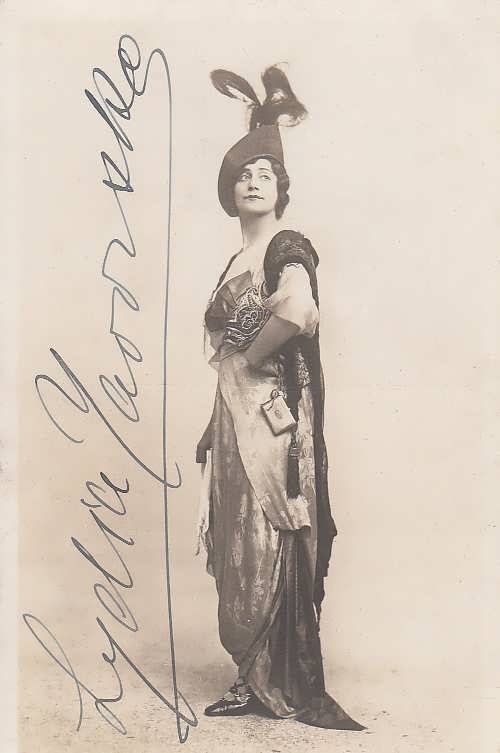 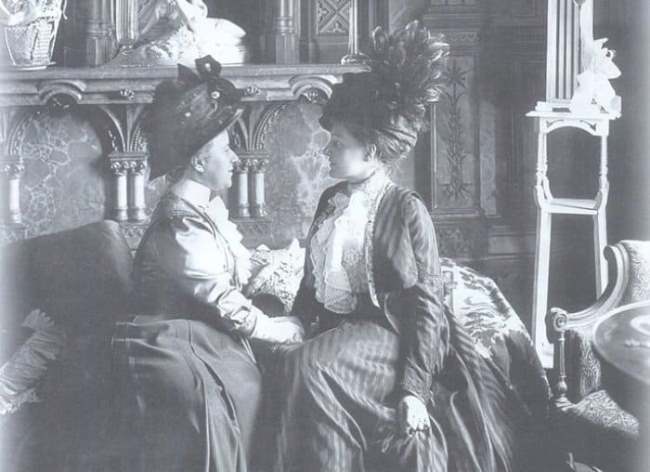 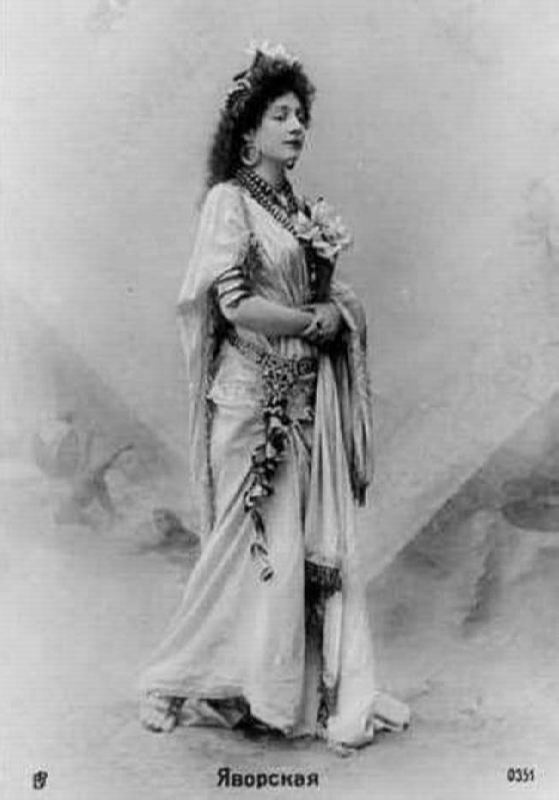 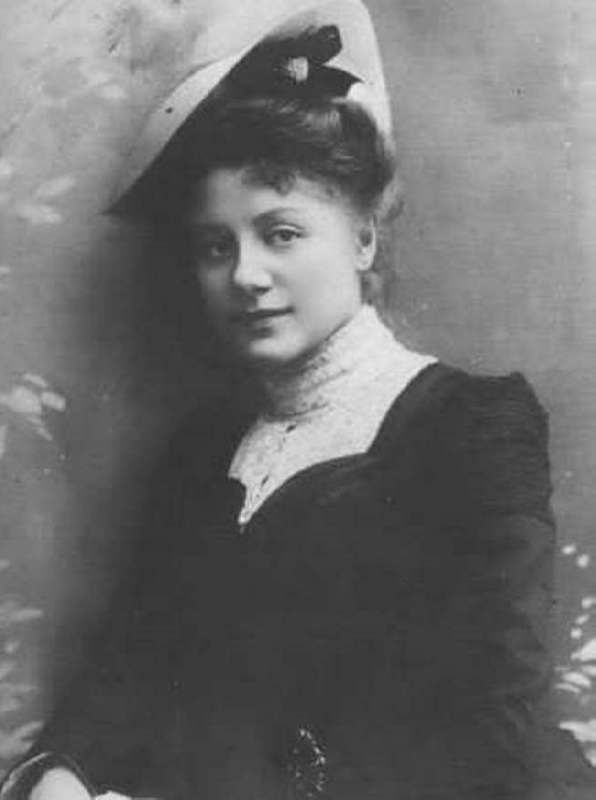 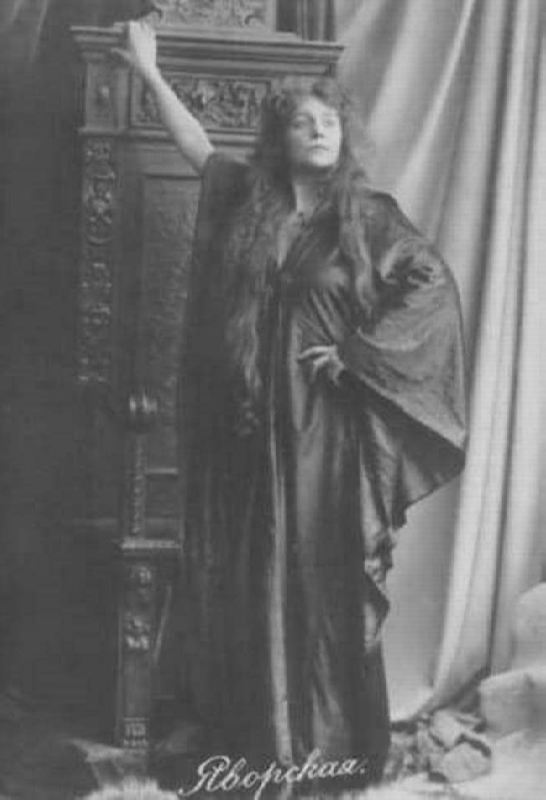 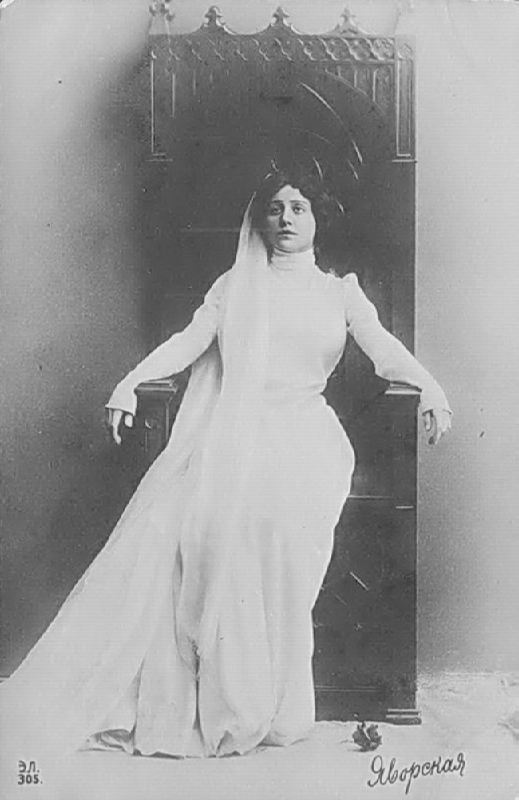 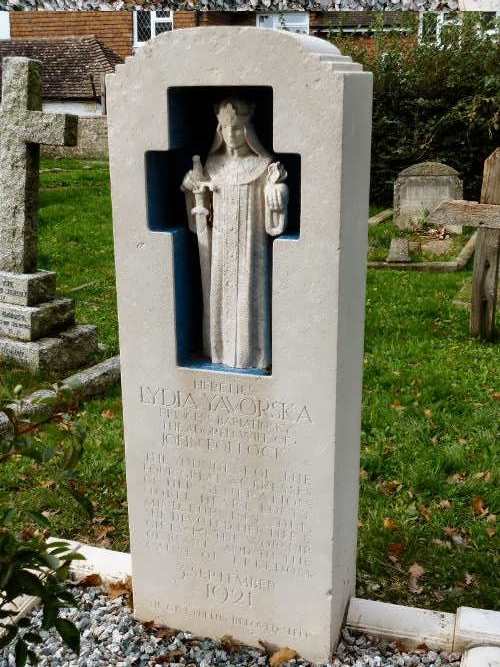 Grave of Lydia Yavorskaya in London