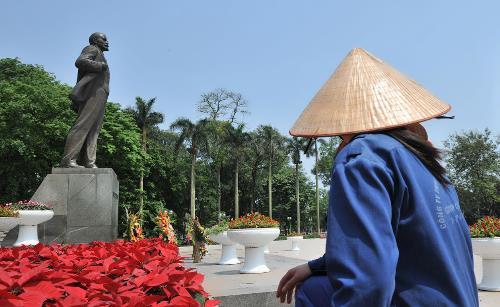 Vladimir Lenin, Russian revolutionary, was included on a list of 100 prominent people of the 20th century by Time magazine.
There are a lot of monuments to the great leader of the proletariat, both in Russia and abroad. Many of them were destroyed, but some can be seen today in different countries.

The oldest Lenin in Noginsk
The town has the status of historical settlement. In addition to the glorious history and traditions of the Old Believers, Noginsk has three monuments to the leader of the world proletariat here. There is the world’s oldest stone grandfather Lenin among them. It was local craftsman Fyodor Kuznetsov, who created the monument. They were going to open the monument on the first day of 1924, but due to heavy frost the construction was delayed. 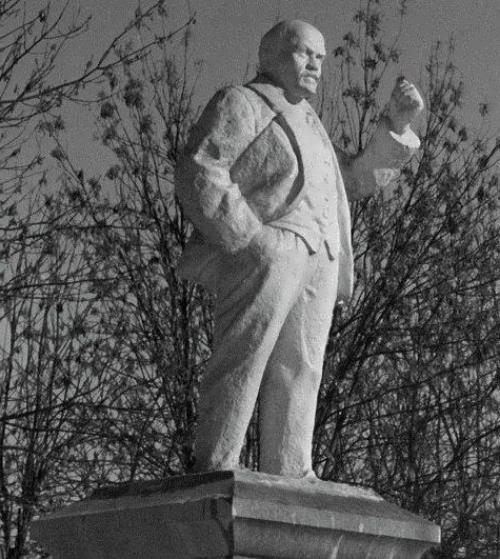 The oldest Lenin in Noginsk

And then there was a historical curiosity – on January 22, 1924, just at the opening of the sculpture people heard the tragic news of the death of the great revolutionary. So, the monument to Lenin became his first posthumous monument in the world.

The leader – hydra in Bucharest 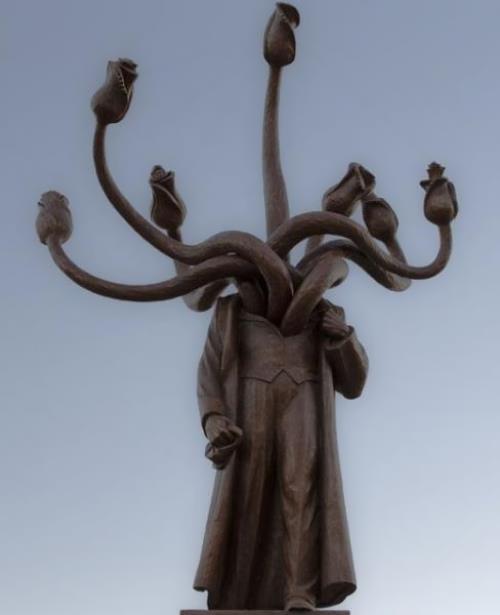 The leader – hydra in Bucharest

After the collapse of the USSR the main Soviet revolutionary fell out of favor – the monuments dedicated to him were being destroyed. So, in September 1998, a monument in the village Mirny in Altai region was burnt, in November 2006 in Kirovsk the memorial was painted with white paint and wrapped with a black flag, recently a crowd of euro revolutionaries ruined monument in Kiev.
Romanian Bucharest resolved the problem with Lenin, in a more creative way, though not very humanely. In 2012, the headless monument to the great leader, located in front of the Printing House in the square, became an owner of long serpentine necks with beautiful pink buds on the ends. The creator of the abstraction believes that it symbolizes the complete lack of interest in politics among the local population. However, as usual, the Romanian sculptor remained unrecognized; people did not understand the creative ideas of the author. 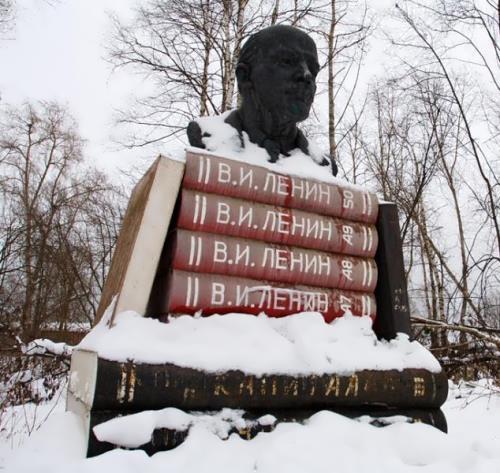 Statistics show, that about 1800 monuments dedicated to him, and as many as 20 thousand stone busts were established all over the world. Monuments traveled around the mighty Soviet Union, were in different parts of Europe, in the USA, Africa and even in Antarctica.
The workers of the shipbuilding plant created 2.5-meter bust standing on the volume of the immortal Capital. The monument is located in the middle of the left-bank, in a birch grove. There is a monument to those who died for the liberation of the village next to it. 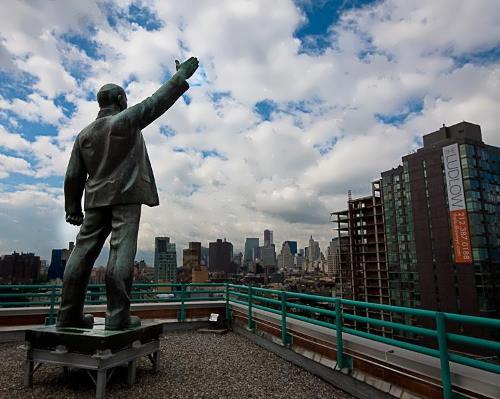 The American city of contrasts collected things from all over the world. There is even a monument to the enemy of capitalism there.
Stone Lenin by Yuri Gerasimov was bought by the owner of an elite residential complex under the significant title Red Square. Undoubtedly it was able to recreate the atmosphere of the Soviet Union in the heart of Manhattan.
The monument came to America in 1994 and horrified the local authorities. They forbade establishing a statue on the ground in New York. But the landlord kept his head and set it on the roof of the house belonging to him. 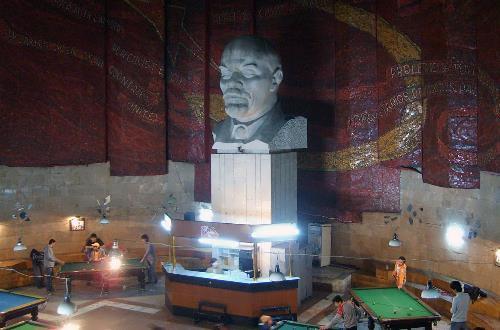 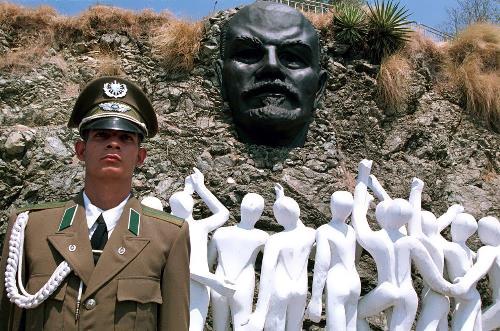 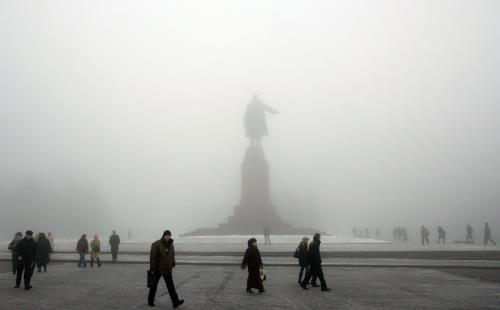 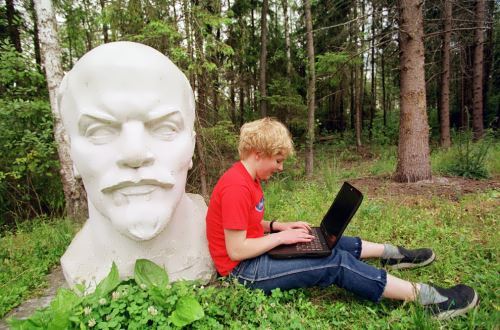 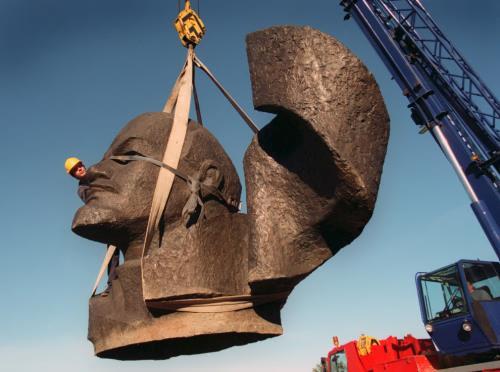 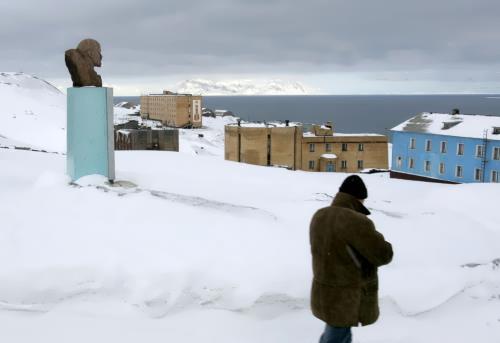 Bust of Lenin in the Russian settlement of Barentsburg on Svalbard, April 26, 2007 (Photo by Reuters | Francois Lenoir) 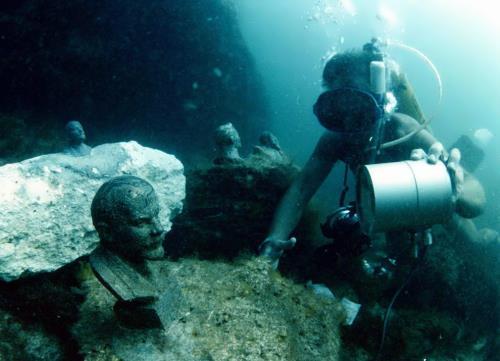 Diver illuminates the bust of Lenin 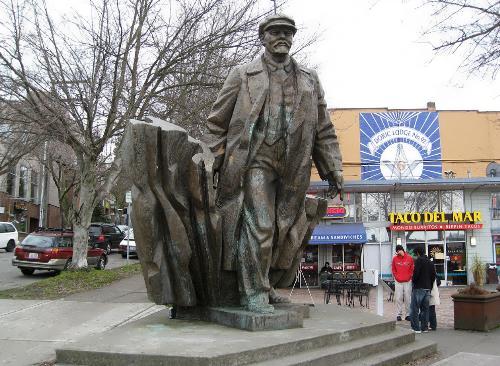 Lenin could be found even in the United States. 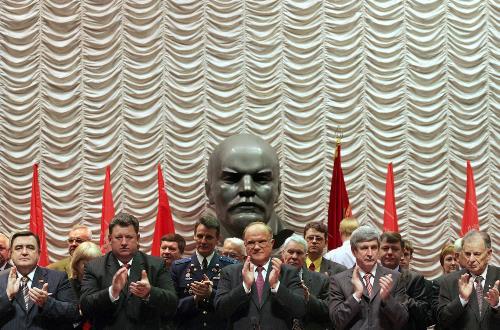 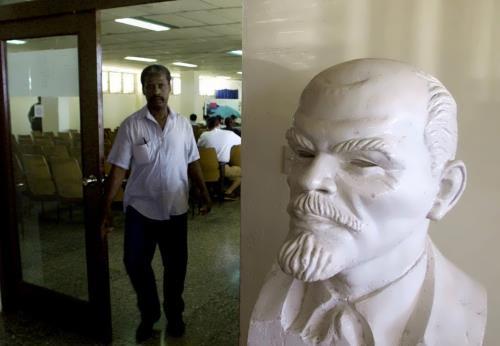