Kristina Rei is a young freak from St. Petersburg, Russia. She was born on August 11, 1989. The girl has an obsession with the size of her lips. Because of her lips she appeared in the Guinness Book of World Records. Awesome Kristina is the woman with the biggest lips in the world. By the way, she had over 100 silicone injections in her lips, spending around $6,200 on them. Interesting girl wants to look like the cartoon character Jessica Rabbit, her idea of a perfect woman.
The girl confesses that in her school years she considered herself terribly unattractive. And she even thought that she would never meet a guy who would pay attention to her.
Rei considers herself a very creative girl. Being so versatile person, the girl could not live in the “ordinary body”.
Many fans of this unusual girl think that her lips are the work of plastic surgeons. In fact, she had a lot of injections and the first one was made when the girl was 17 years old.

The girl’s ears deserve no less attention. The surgeons turned them into elven ears. You know, Kristina positions herself as a free artist. She believes that continuous work on oneself is one of the ways of creative self-expression.
Also she had surgery to get a split tongue. In addition, some time ago, she set horn implants. And her friends say that the fangs of the girl look like vampires’ teeth. There are a lot of tattoos on her body.
To tell the truth, she does not plan to stop. According to her, she is simply dependent on visiting cosmetologists and plastic surgeons. In the very near future, the girl plans to correct the shape of the nose.
Amazing girl worked as a manicurist in a beauty salon, then she became a tattoo and piercing master. After registering the world record, the girl finally became famous. She has repeatedly participated in popular talk shows and even appeared in the famous project Dom-2.

The most important thing is to like yourself and live in harmony with yourself.

Lip Injection Risks And Dangers
Lip injections or lip augmentation, involves using collagen or a synthetic ingredient that is injected into the lips.
Full lips are so popular today. They look nice, but not over full!
Side Effects And Dangers – bleeding, allergic reactions, abnormal shape, complications, infection, misplaced …
Not all doctors have the necessary training required to perform these cosmetic procedures.
Score twice before you cut once. 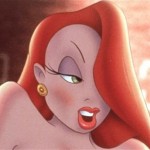 Before and after – Kristina Rei 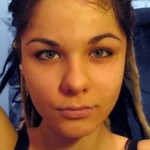 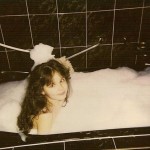 Kristina in her school age 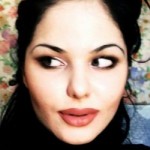 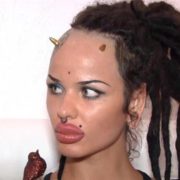