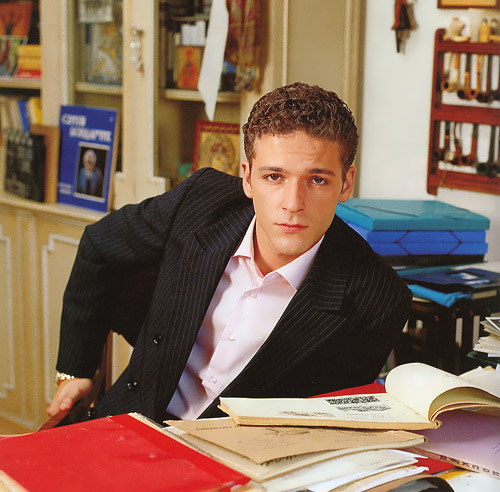 Konstantin Kryukov is a Russian actor, film producer, artist and jeweler.
He was born on February 7, 1985 in Moscow into the family of actress Elena Bondarchuk (1962-2009) and Doctor of Philosophy Vitaly Kryukov. Kostya is the grandson of legendary Russian film director and actor Sergei Bondarchuk and actress Irina Skobtseva. You know, the boy spent his childhood in Switzerland and graduated from the art school in Zurich.
In 2001, at the age of 16 he became one of the youngest graduates of the American Institute of Gemology (GIA) (Moscow branch). And in the same year he entered the Moscow State Law Academy.
At the age of 18 Konstantin began his acting career. His film debut was in 2005, when he appeared in the film The 9th Company.
The next Kryukov’s work was the role of writer Pavel Gushchin in the film The Three Half-Graces. His character, positive and charming, was warmly received by the audience. However, his role in the youth film Heat was not so successful.

In the television series Love As Love, Kryukov was offered to play a character of unconventional sexual orientation, but the artist refused. As a result, he played the role of Mikhail Prorva, an emigrant who returned from Canada.
In the historical series Star of the Empire the actor played the noble prince Andrey Vladimirovich. And in the sensational adaptation of the Pelevin’s novel Generation P Kryukov appeared in the role of a modern self-confident person. In addition, Kryukov takes part in the filming of the cult television series Soldiers.
Ravshana Kurkova and Konstantin became the main characters in the comedy What Men Do in 2013. And the famous actor Dmitry Nagiev played the role of a millionaire, who organized a competition for young people. 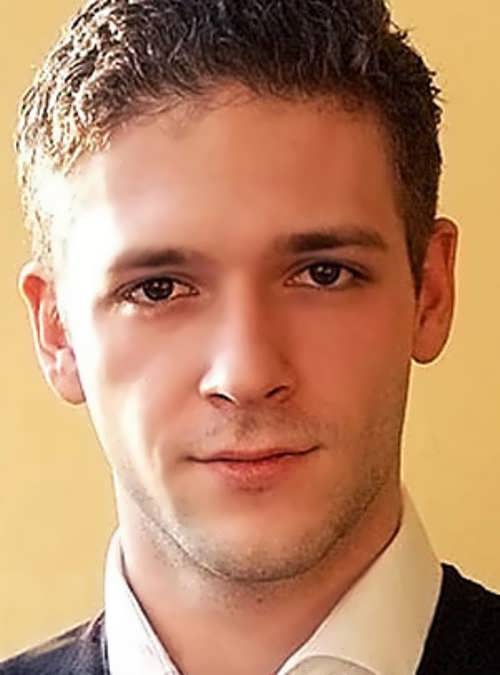 Actress Tatyana Arntgolts and Konstantin became the main characters of the TV series Cult in 2014.
One of the last roles of the actor was in the series Eternal Holiday.
You know, the artist made his first jewelry at the age of seventeen. Since then, he often designs jewelry for his loved ones.
In 2007, Kryukov decided to create his own jewelry brand.
Moreover, Konstantin was officially awarded Franz Kafka Prize in Prague for innovation in art.
In 2009, together with the British company The Saplings Konstantin released his first jewelry collection called Choice. Visit his site krukovcollection.com to find more beautiful things.
Besides, in 2012, the artist along with jewelry house Esthete presented several collections of jewelry, united by a common concept Hearts by Konstantin Krukov.
Talented boy is fond of painting (there is his own art workshop in Prague), jewelry art, photography, swimming, reading.

Personal life
On February 24, 2007 Konstantin married Evgenia Varshavskaya. Their daughter Yulia was born on September 7, 2007. But Konstantin and Evgeniya divorced on November 6, 2008. 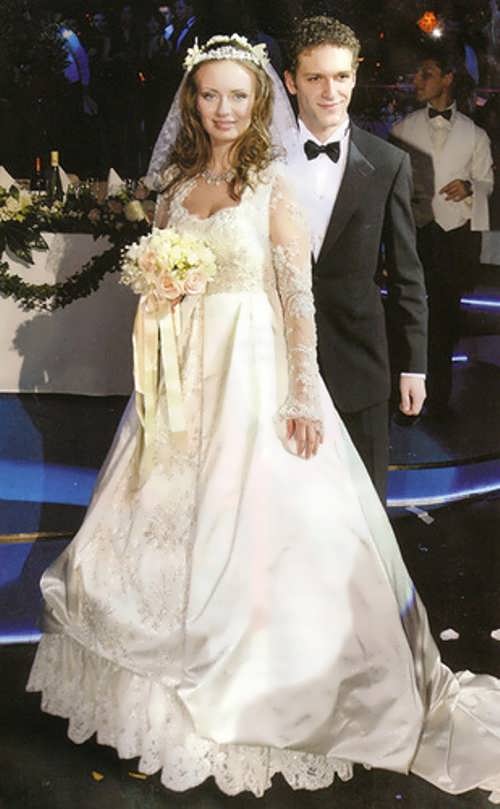 In 2013 Kryukov married Alina Alexeeva.
They say he had a love affair with Valeria Kondra. 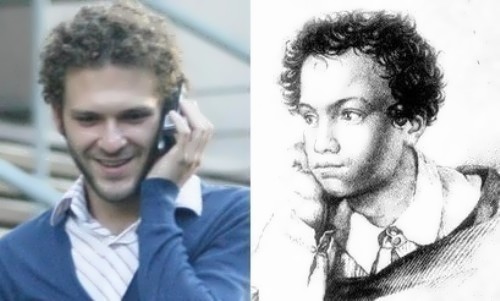 Alexander Pushkin and Konstantin Kryukov. They are a little bit alike))) Source: likeness.ru 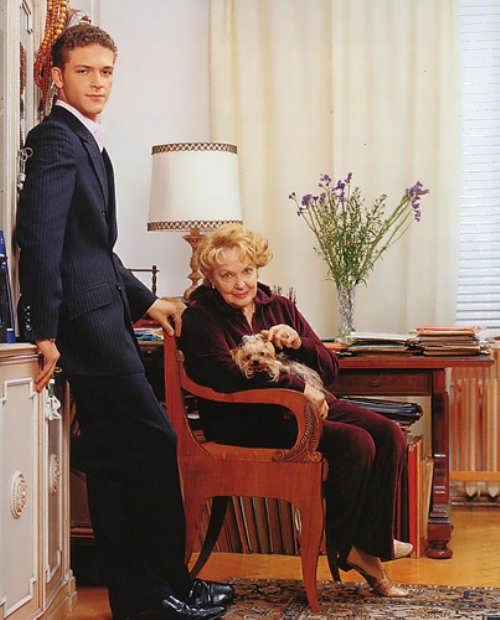 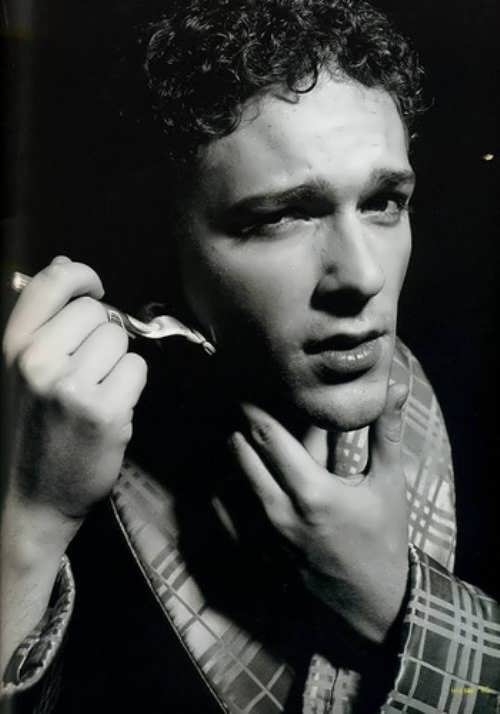 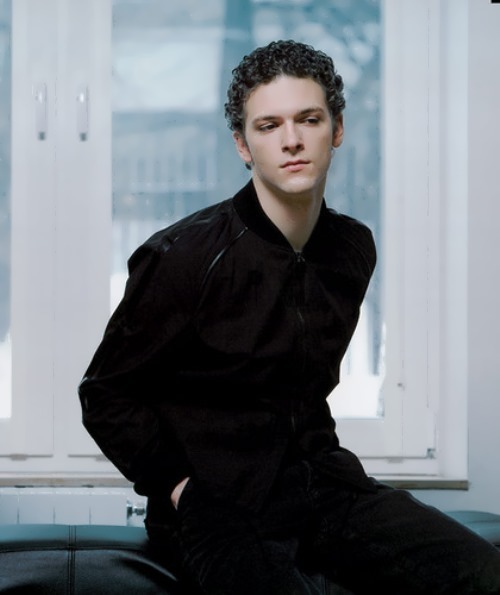 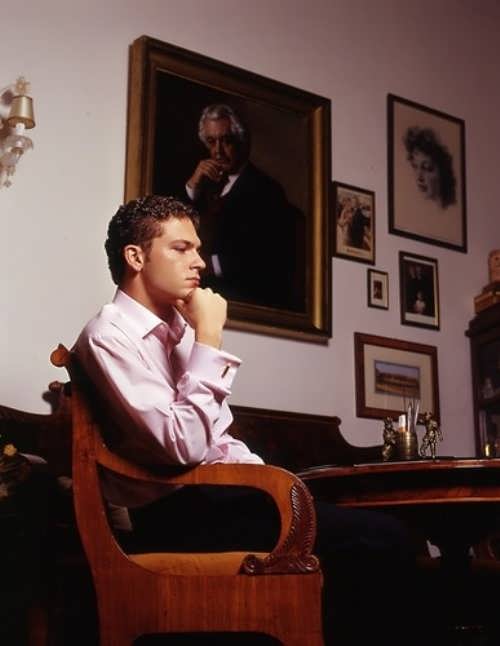 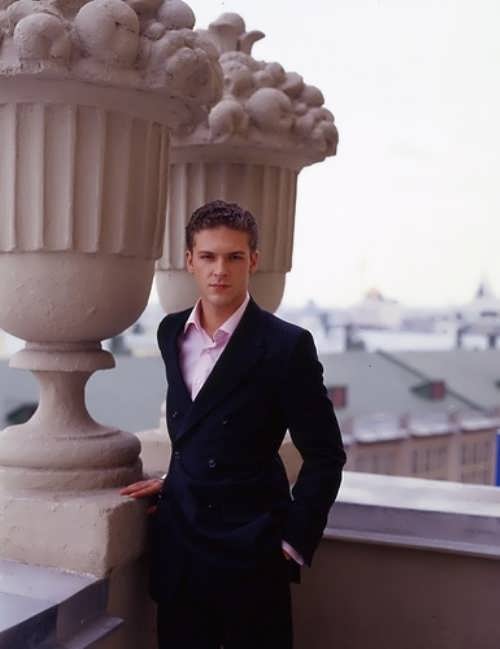 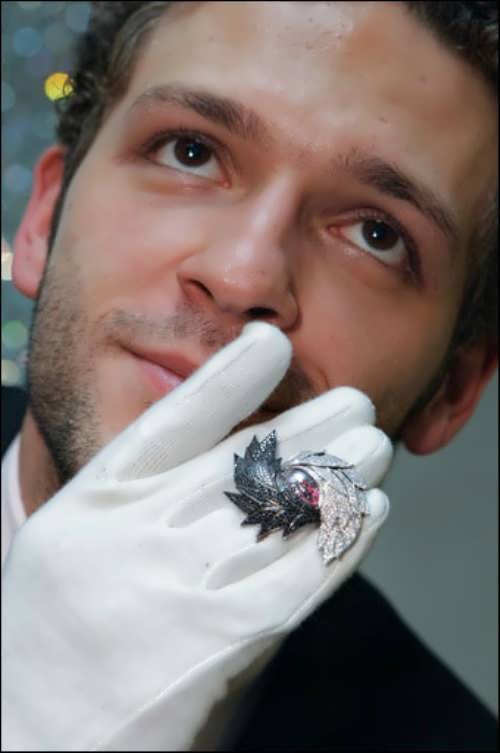 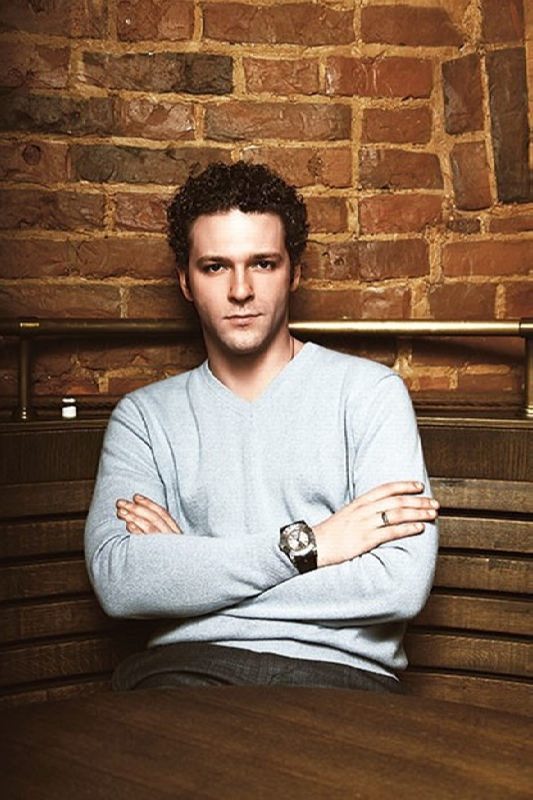 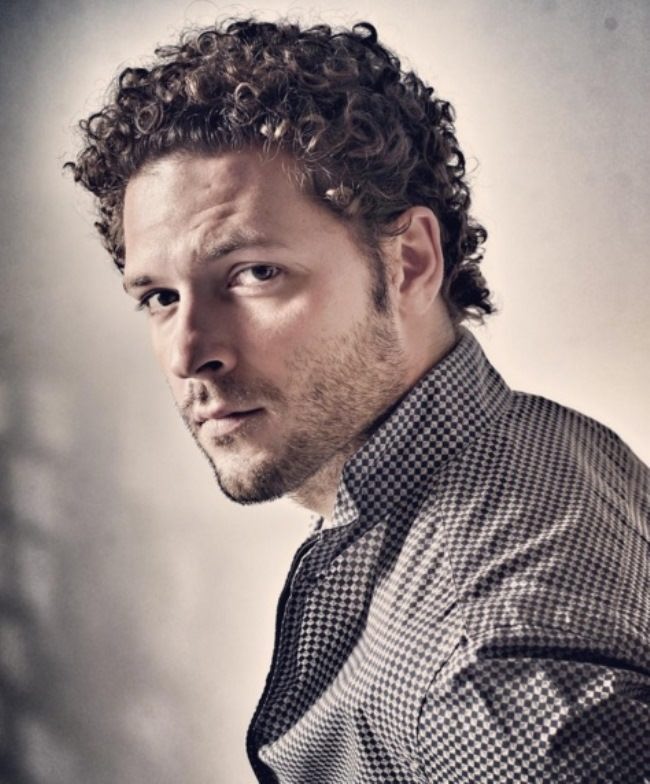 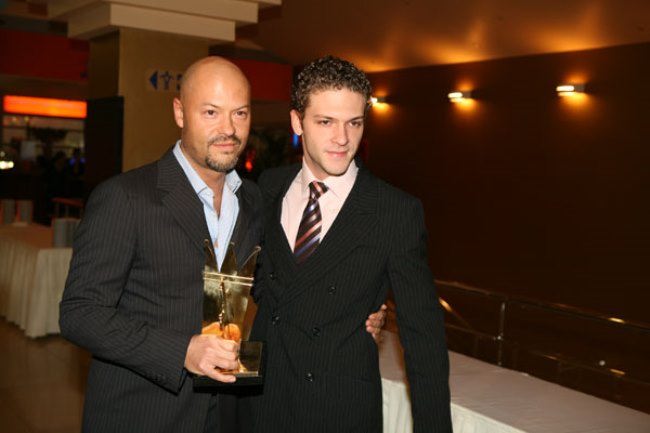 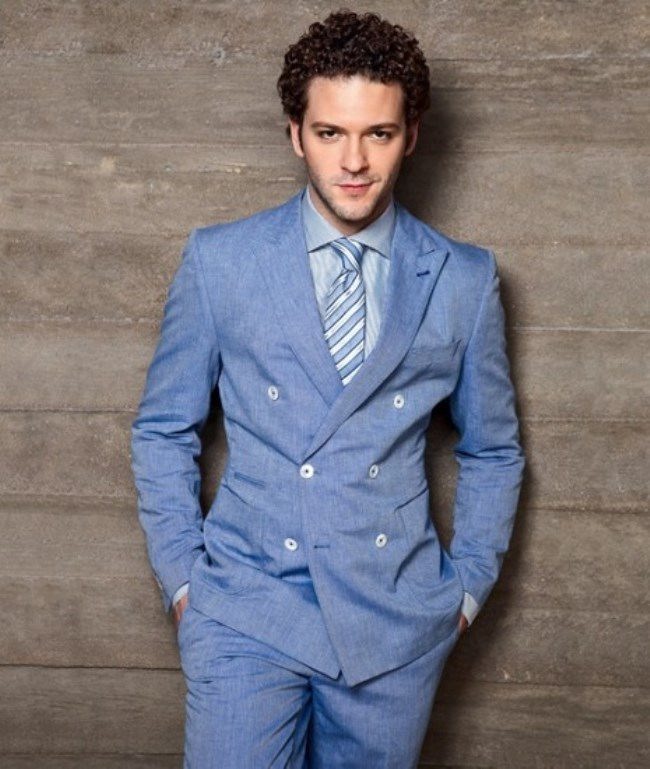 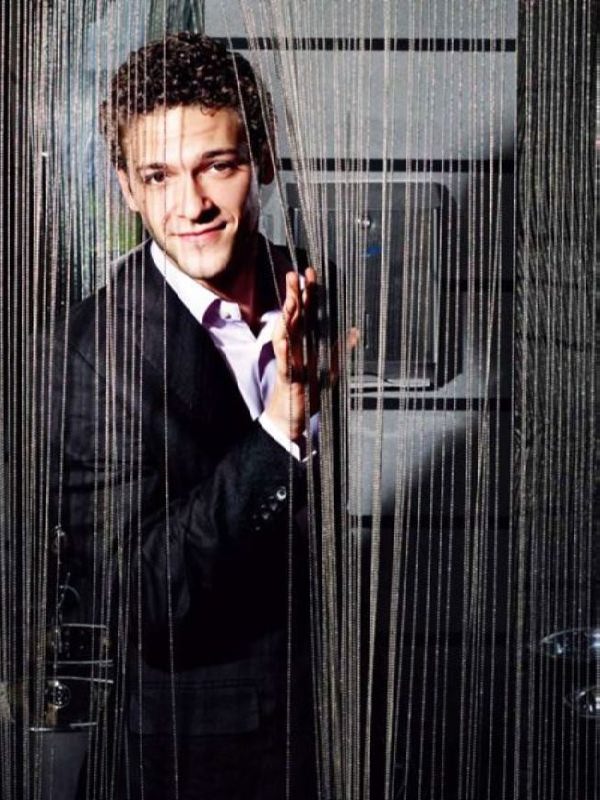 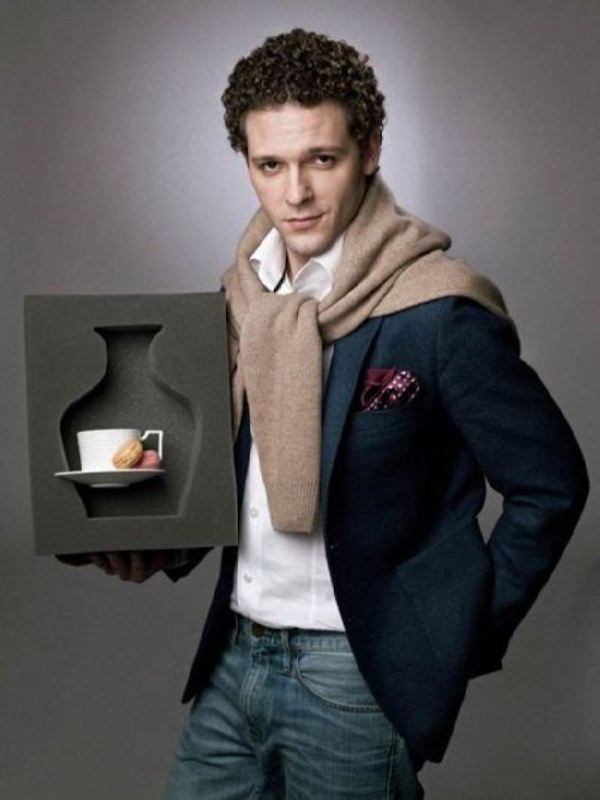 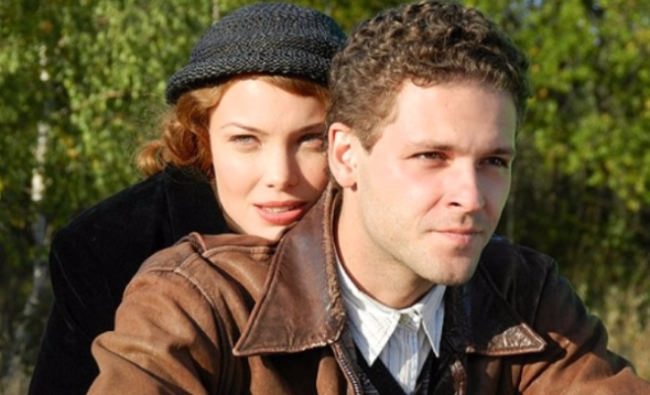 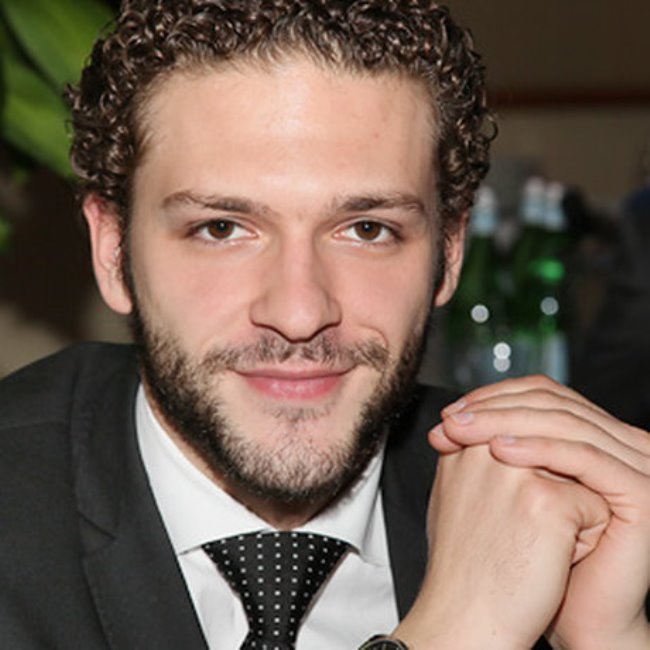 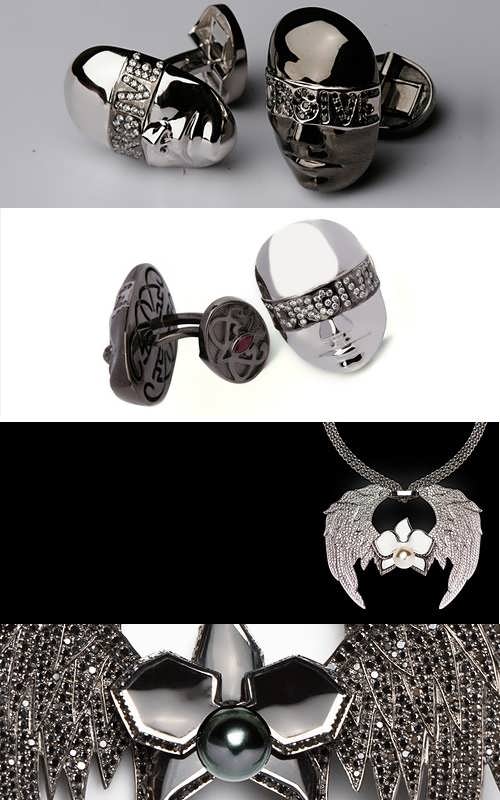 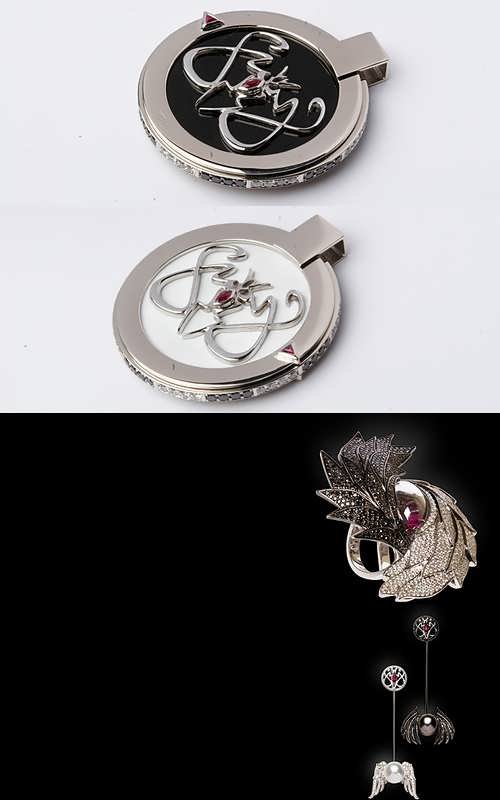 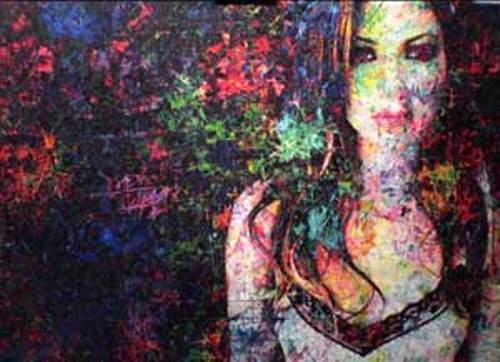 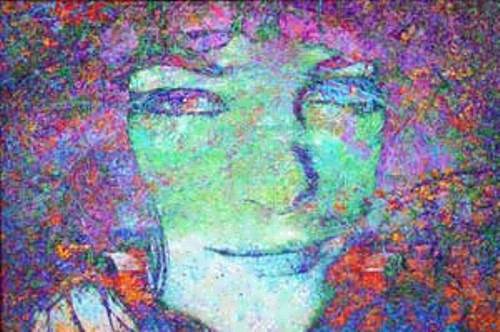 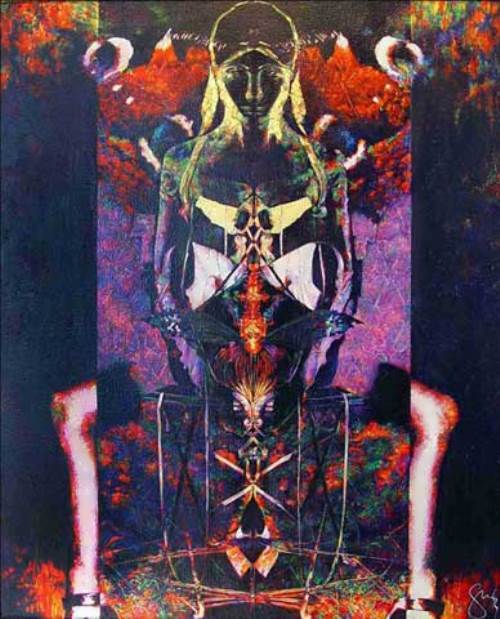 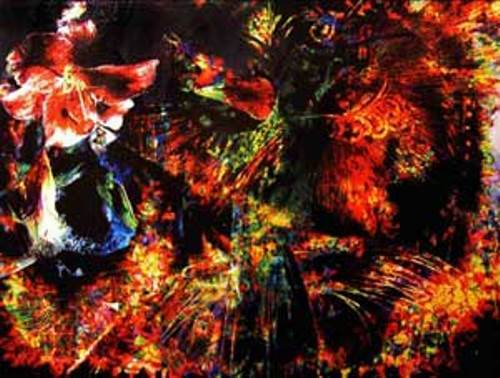