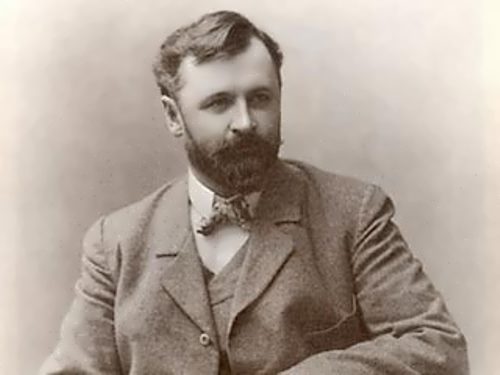 Konstantin Korovin was a Russian painter, stage designer, teacher and writer. You know, Korovin is called the first Russian impressionist. His work amazed contemporaries: some were shocked by the carelessness and others were delighted by the play of light and shadow, the innovation of the colorist. One of the few contemporaries who recognized signs of talent in the works of the painter was Fyodor Chaliapin. At that time, few people agreed with Chaliapin, but in 3-4 decades after Korovin’s death his juicy, life-filled pictures were recognized as works of a real master.
The future artist was born on November 23 (December 5), 1861 in Moscow into a wealthy merchant family of Old Believers. He is a brother of artist Sergey Korovin. At the age of fourteen Konstantin entered the Moscow School of Painting, Sculpture and Architecture. Later Konstantin went to St. Petersburg and entered the Academy of Arts, but three months later he left it as he was disappointed by the outdated teaching methods, and returned to Moscow.
In 1894 Korovin together with his friend, the artist Valentin Serov, made the trip to the North. The result was landscapes Harbour in Norway, Northern Lights, Murmansk Coast.
Fame came to the young artist with his Portrait of a Chorister (1883).

He traveled to Paris in 1887, 1892 and 1893, where he became acquainted with Impressionism.
Konstantin Alekseevich is known as a talented creator of still lifes with flowers. He was in love with lilacs and roses. The artist paid tribute to all the seasons of the year: his gallery presents autumn, winter, spring and summer.
In the 1900s the artist worked in theater, creating costumes and scenery for the dramatic productions, as well as opera and ballet. In particular, he designed such performances as Faust (1899), Humpbacked Horse (1901), Sadko (1906), The Golden Cockerel (1909). Korovin worked for the Bolshoi Theater, the Mariinsky Theatre and La Scala in Milan. 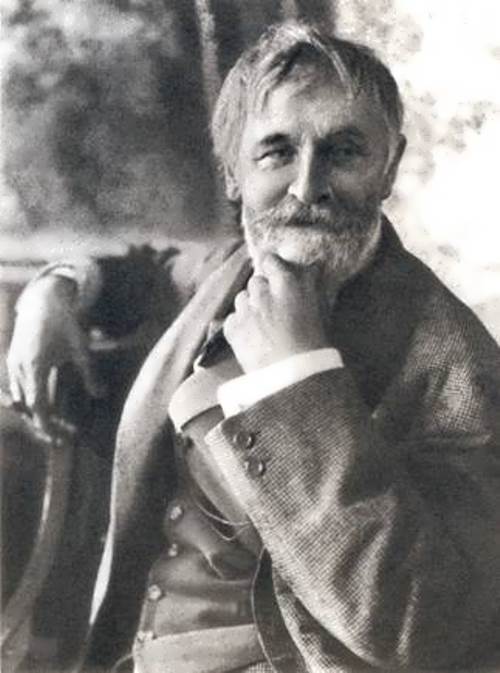 For decades, Korovin participated in exhibitions of artists from different directions and associations – Peredvizhniky (the Wanderers), World of Art, Soyuz of 36, the Union of Russian Artists.
Since 1901, Korovin and Valentin Serov taught at the Moscow School of Painting, Sculpture and Architecture.
During the First World War Korovin worked as a camouflage consultant at the headquarters of one of the Russian armies.
In 1922, the artist went abroad and settled in France. One of his favorite themes was Paris. In the town landscapes A Paris Cafe (1890s), Cafe de la Paix (1905), La Place de la Bastille (1906, private collection, Moscow) one notices the seemingly fortuitous composition, and the artist’s free manner of painting and striving towards the richness of colors.
In the last years of his life he worked fruitfully in many of the major theatres of Europe, America, Asia and Australia. 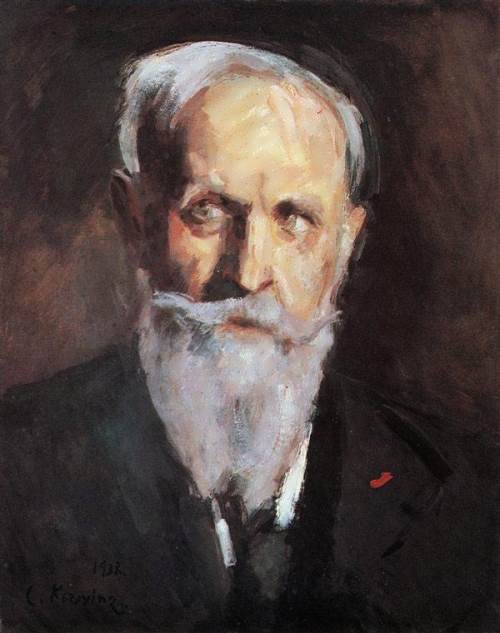 Personal life
The painter met in his future wife Anna Fiedler in his youth. They got married after the birth of the first child. Soon the boy died. Korovin blamed himself as he didn’t have money for doctors and medicines.
Later Nadezhda Komarovskaya became his common law wife. Korovin broke up with his beloved woman, immigrating to Paris with Anna and his second son, Alexei, an invalid. At the age of 16 Alexei got under the tram and was without legs. The boy became an artist.
Depression of the son and illness of the wife had become a constant source of the suffering of Korovin. An irritated wife and a grim son were waiting for him at home, the artist did not find support and understanding.

The artist died unexpectedly of a heart attack on September 11, 1939 in Paris. He was 77 years old. Two years before his death, he confessed to a friend that he felt terribly lonely. The funeral of the first modernist of Russia looked like a funeral of a beggar: there were no people willing to give money for a decent farewell to Korovin.
In 1950, eleven years after his father’s death, Alexei Korovin committed suicide. 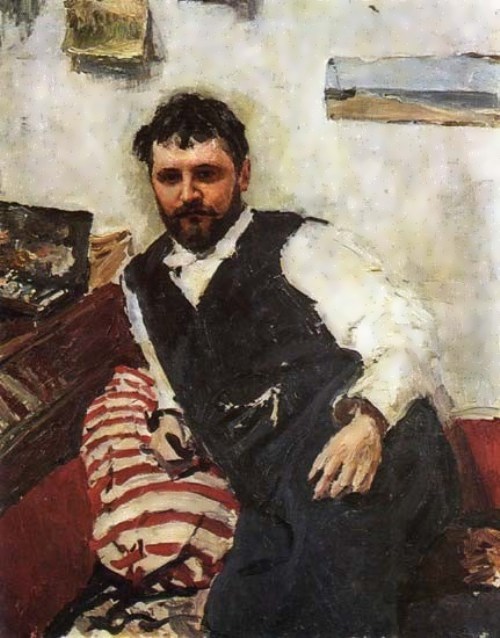 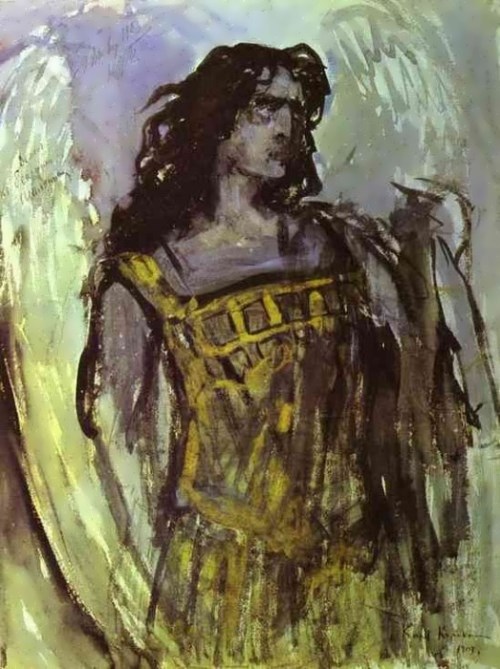 Chaliapin in the role of the Demon 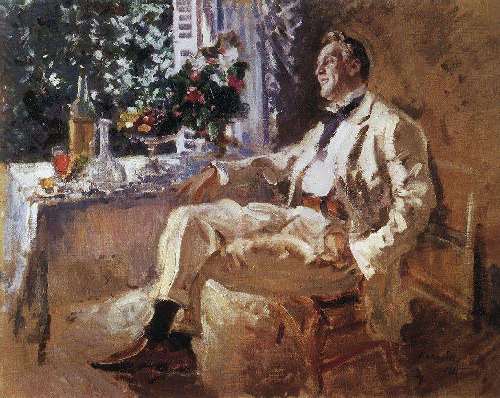 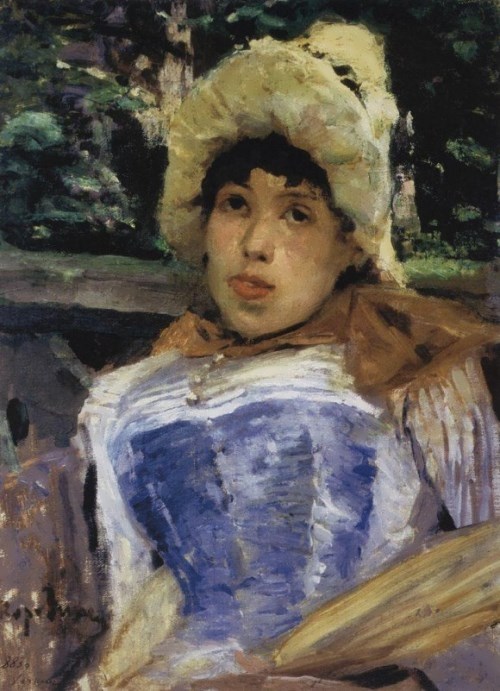 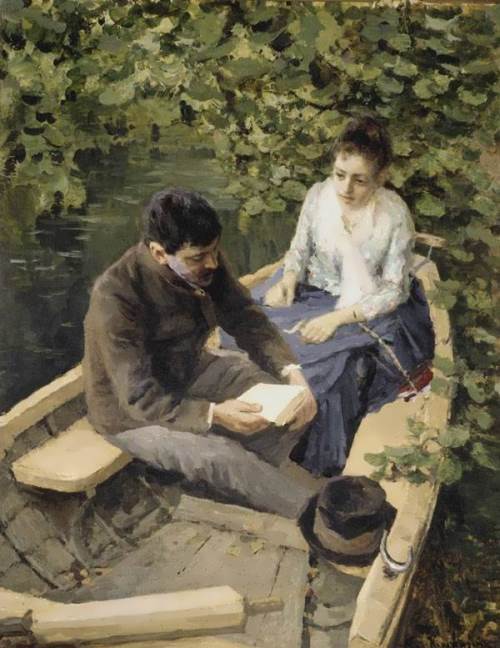 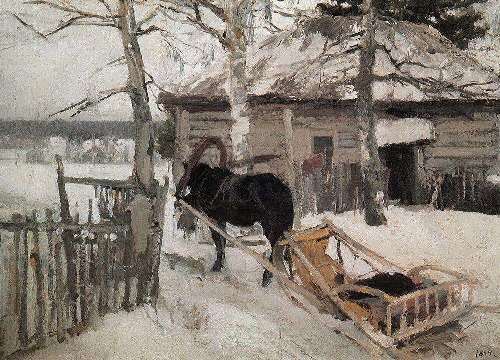 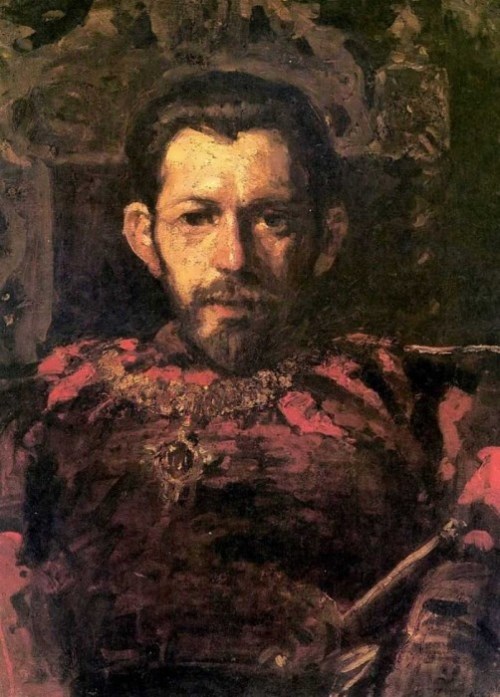 Mamontov in the theater 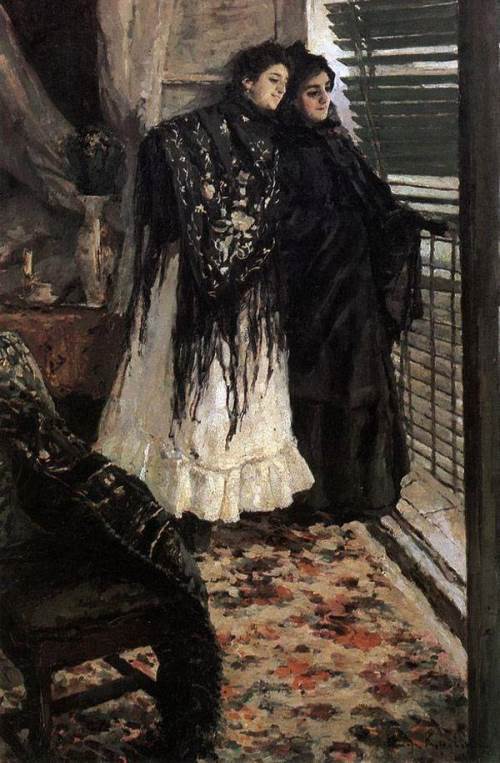 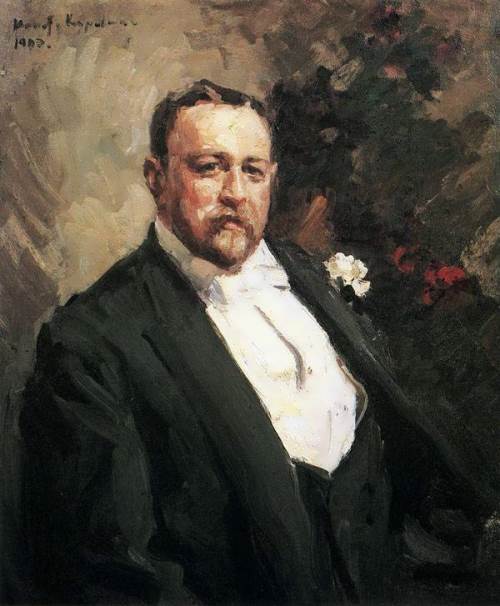 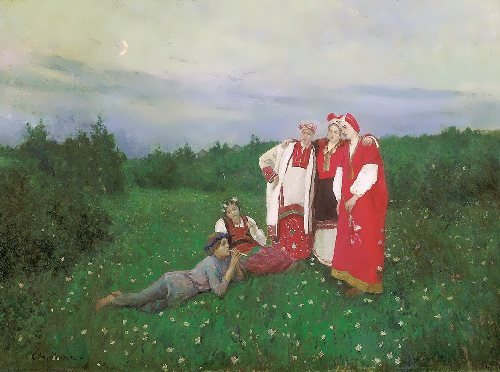 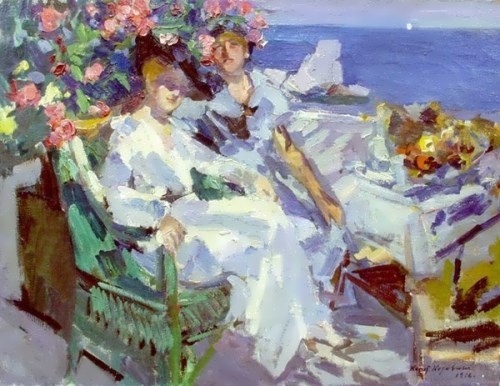 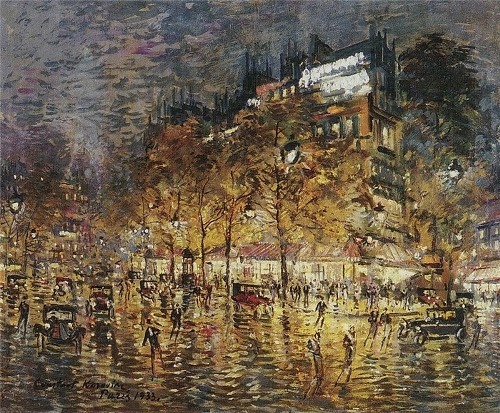 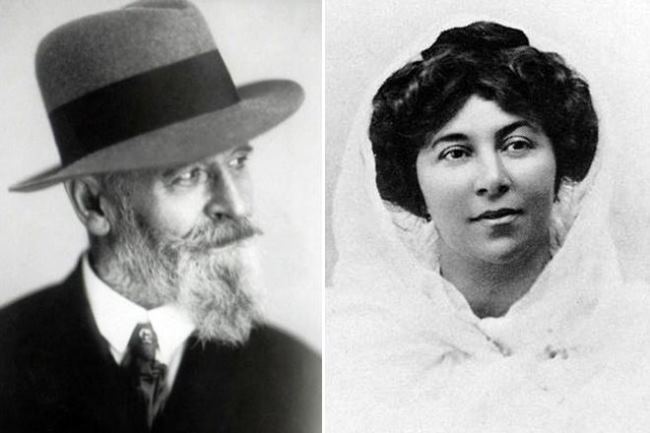 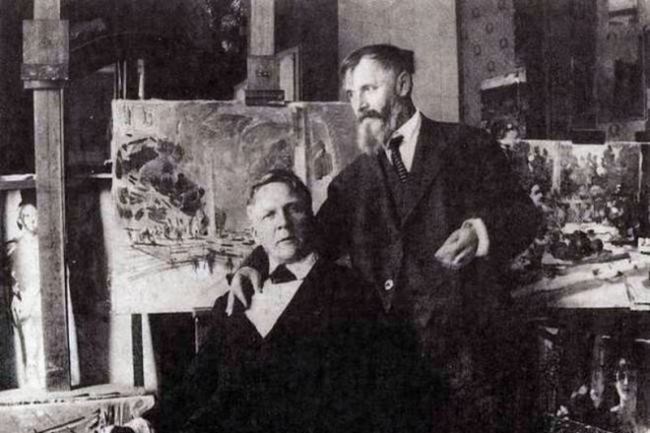 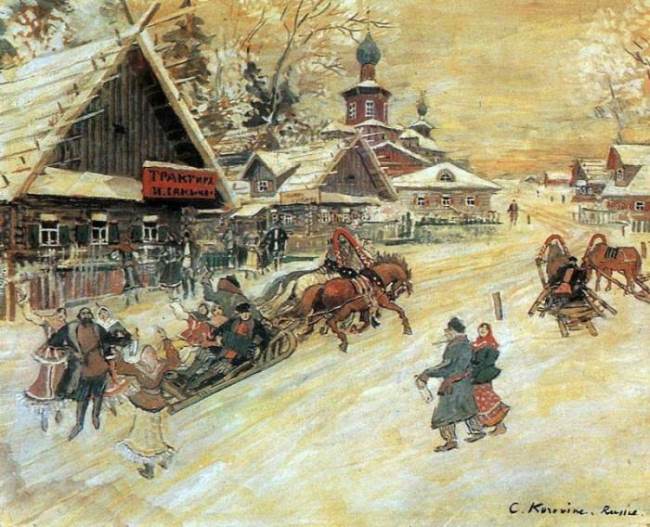 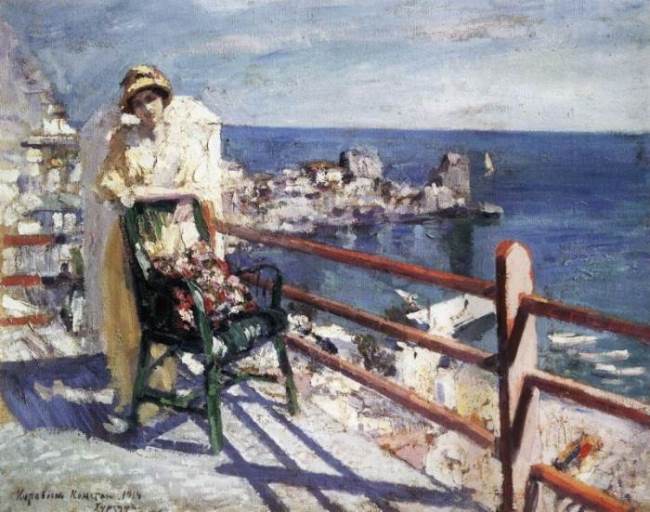 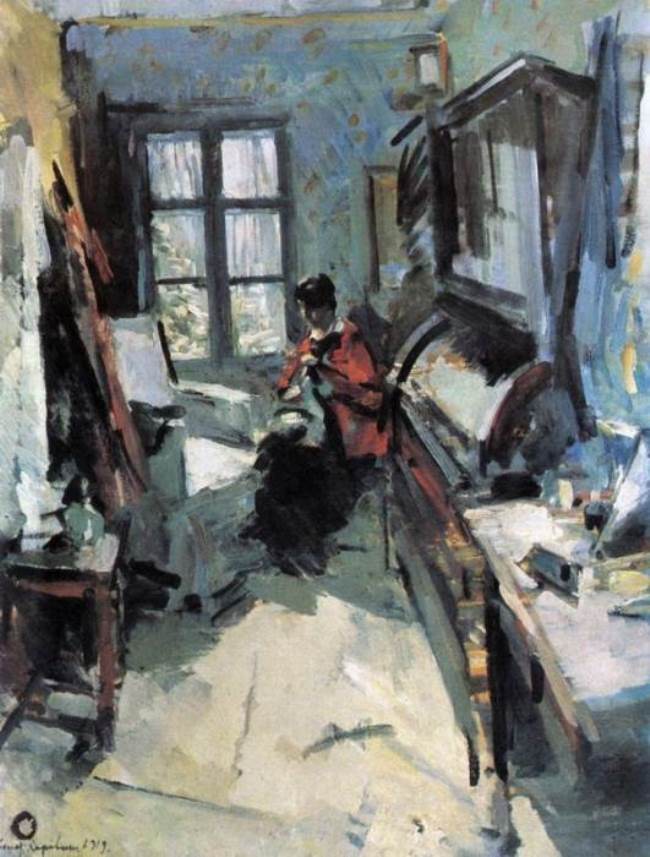 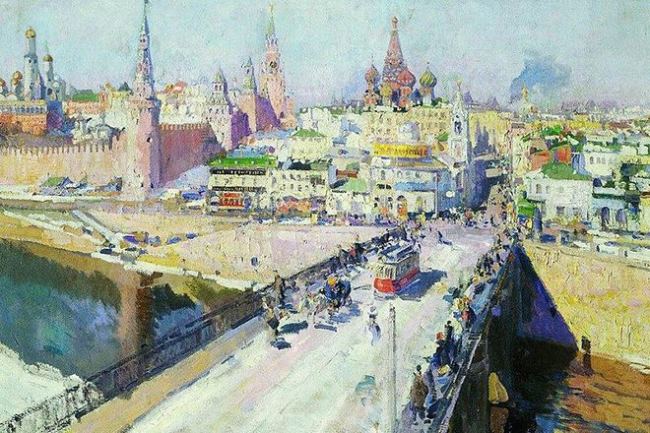 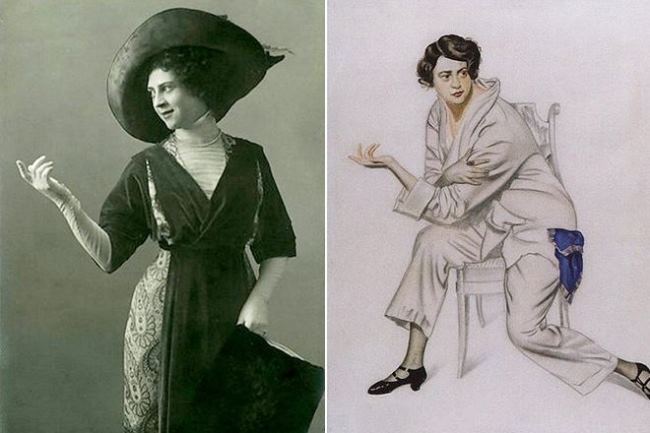 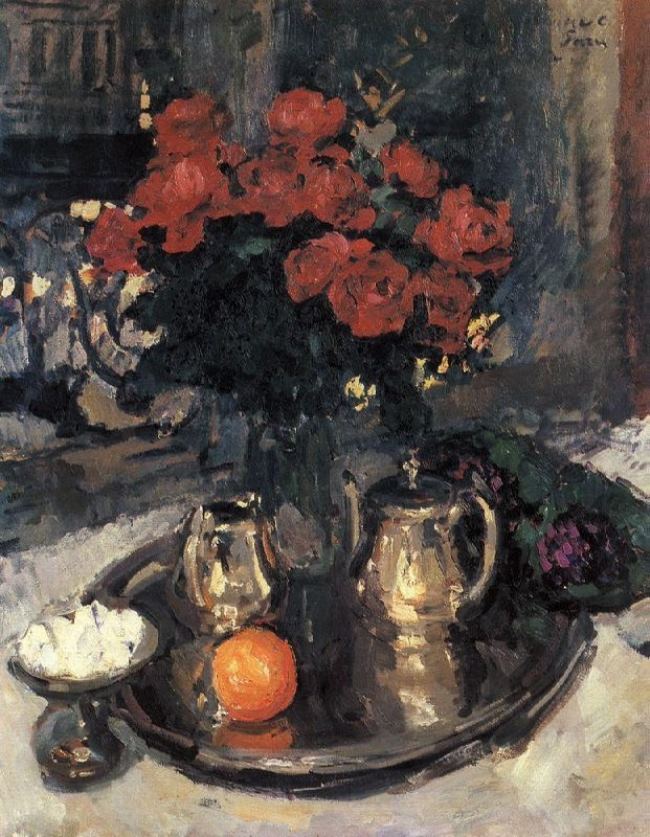 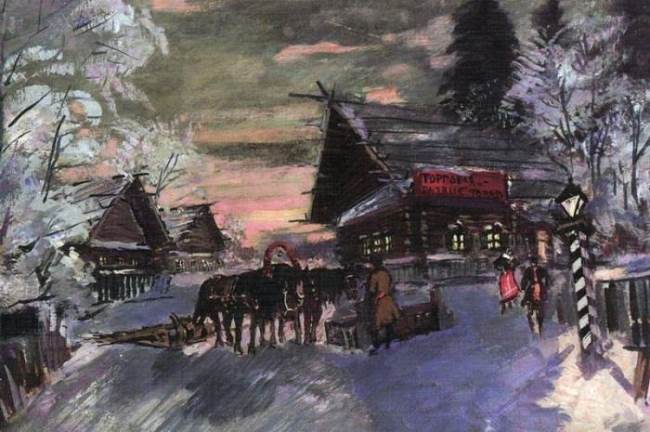 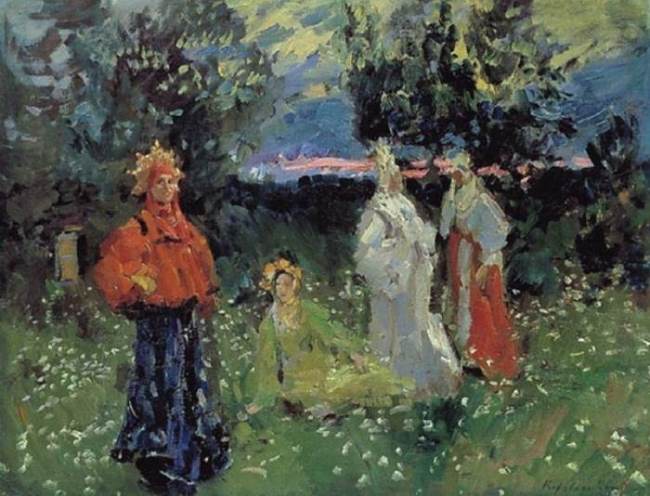 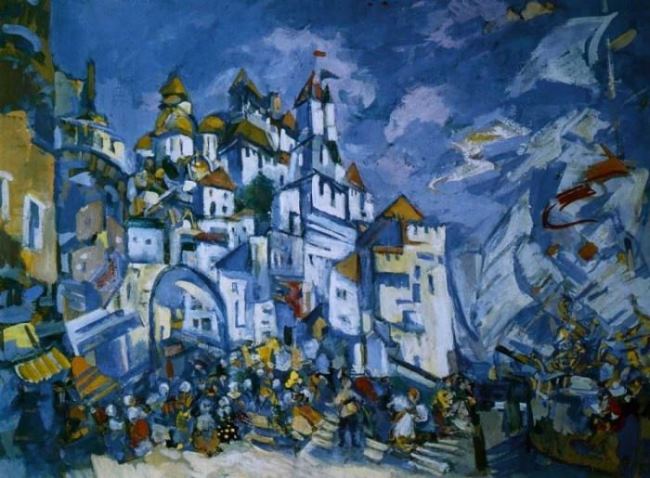 The Invisible City of Kitezh, 1930 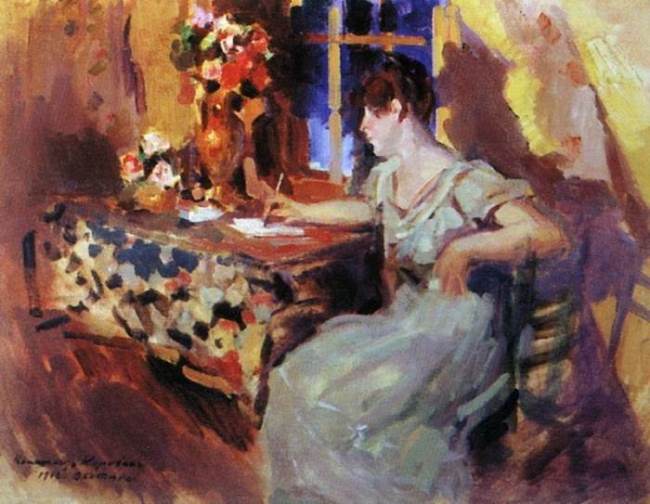 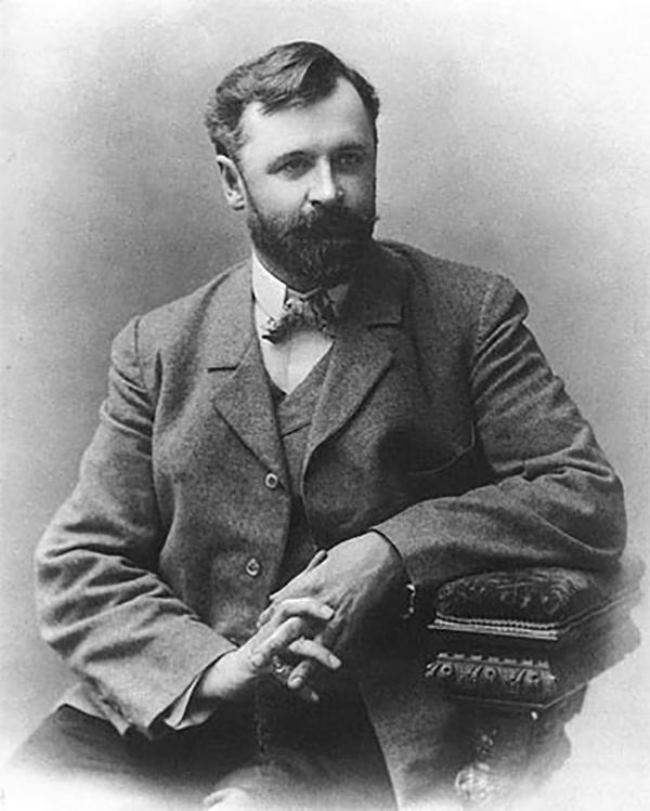