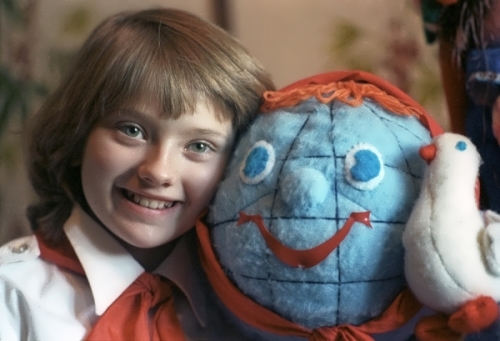 Katya Lycheva was a Soviet schoolgirl, Goodwill Ambassador, who visited the U.S. in 1986 with a “peace mission”. She was the most famous girl in the USSR. Lycheva remains one of the symbols of the sunset of the Soviet era.
It all started with a Samantha Smith’s letter. In 1983, the naive American girl wrote: “Dear Mr. Andropov, my name is Samantha Smith, I’m 10 years old, and I congratulate you on your new appointment. I am very worried about a war between the Soviet Union and the United States. Do you support the war or not? God created the Earth, so that we can live in peace…”
Samantha was invited to the Soviet Union. Everybody in the USSR knew the girl. Two years later, she died in a plane crash.

Ekaterina Lycheva was born on June 10, 1974 in Moscow into the family of scientists. Katya was a very active child. She spoke English, played tennis and chess.
After the death of Samantha Smith in 1985, who visited the USSR in 1983, the organization Children as the Peacemakers proposed to organize a return visit to the United States. Katya Lycheva was selected from thousands of candidates. From March 21 to April 4, 1986 she along with the American schoolgirl from San Francisco Star Rowe toured the United States promoting peace. They visited several cities in the United States and met with President Ronald Reagan.

Katya became quite popular in the Soviet Union, especially among schoolchildren.
In 1980s Lycheva starred in several films: Living Rainbow (1982), The Strong Personality From The Second A (1984), Bambi’s Childhood (1985), Lermontov (1986), How Are You? (1987).
The kind of yarn was named in honor of Samantha Smith and Katya Lychev – Samantha-Katya pink.
In 1987 the book titled Making Friends. Katya from Moscow and Star from San Francisco: Two Eleven-Year-Old Girls Discover America Together was published in New York.
Later, in 1988, Lycheva along with her family moved to Paris.
Since 1995, Ekaterina worked in the Paris Foreign Investment Promotion Center.
In 2000, she returned home and worked in the Ministry of Labor and Social Development of the Russian Federation.
Then, in 2004, Ekaterina became a member of the United Aircraft Consortium.
Lycheva neither participates in the television shows nor give interviews to the central newspapers, sometimes making an exception for regional publications.
In 2009 she worked as Vice President of JSC AvtoVAZ.
According to some reports, in 2011 Lycheva gave birth to a baby. 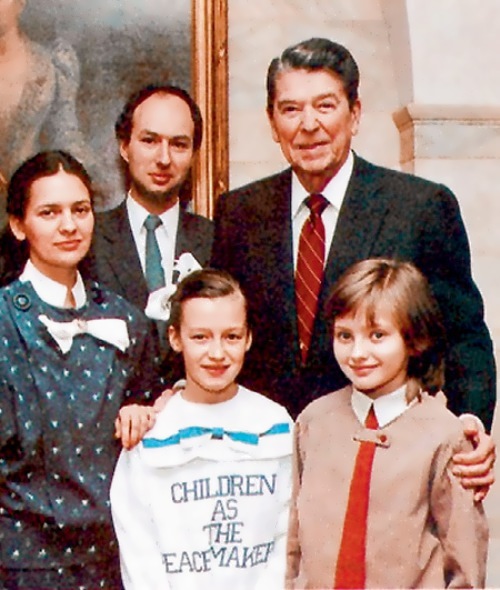 During her visit to the U.S. in 1986, Katya met with President Ronald Reagan

Memories of Katya about a trip to America:
“Before we went to bed, we had some free time, and my mother and I decided to watch the American film Rocky IV. It was written in the program that this is a film about a Soviet boxer. You know, I missed my home, and I wanted to watch something about the Soviet people. The brutal face of the actor who played the role of the so-called Soviet boxer first frightened me, and when he killed an American Negro sportsman in the ring, I ran into the bedroom, rushed to the bed and began to cry. I was sad that this movie so falsely and cruelly depicts our country …
The next day, in a TV interview I said: In the movie Rocky-IV, which is shown on American television, there is not a word of truth about the Soviet Union. Soviet people do not even have such persons. I’m ashamed of the adults who made this film. I realized that those who foment hatred towards our people are the first enemies of peace on Earth.”
Source: www.rg.ru 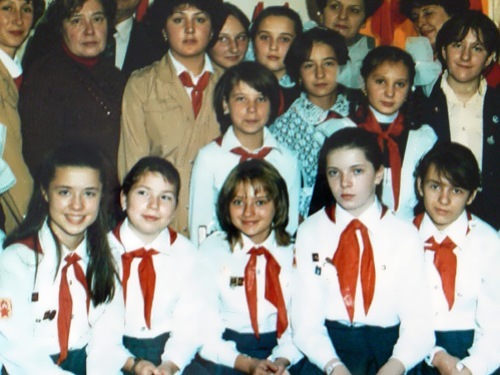 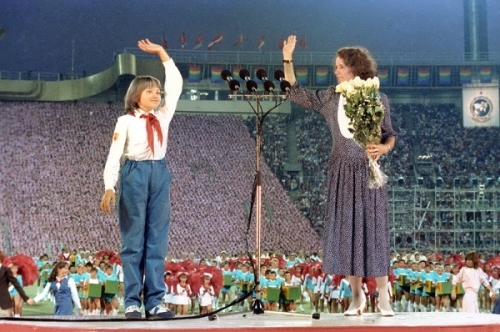 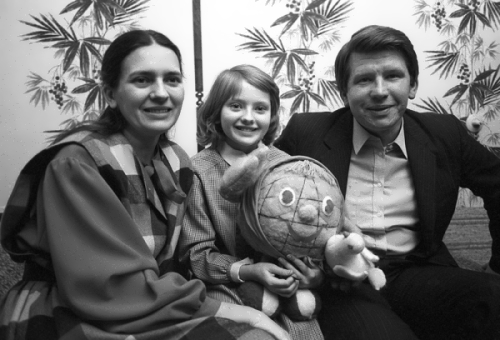 Awesome Katya Lycheva and her parents 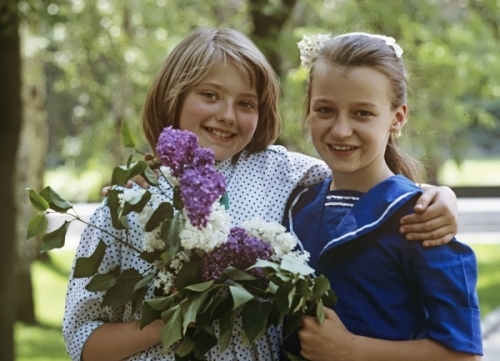 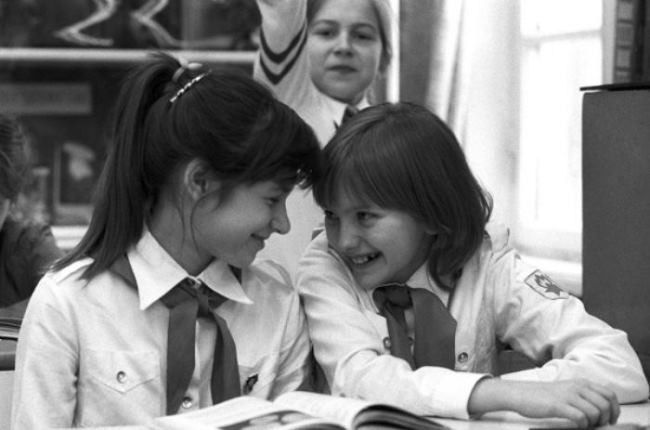 Ekaterina Lycheva with her friend 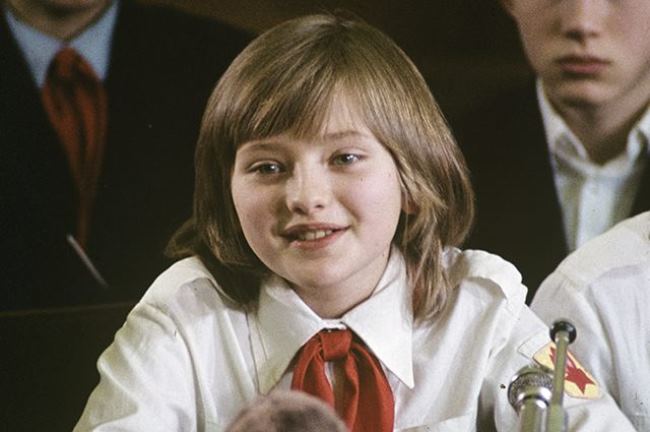 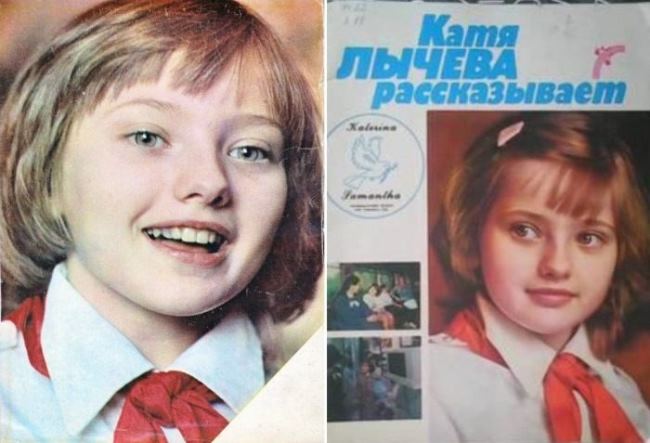 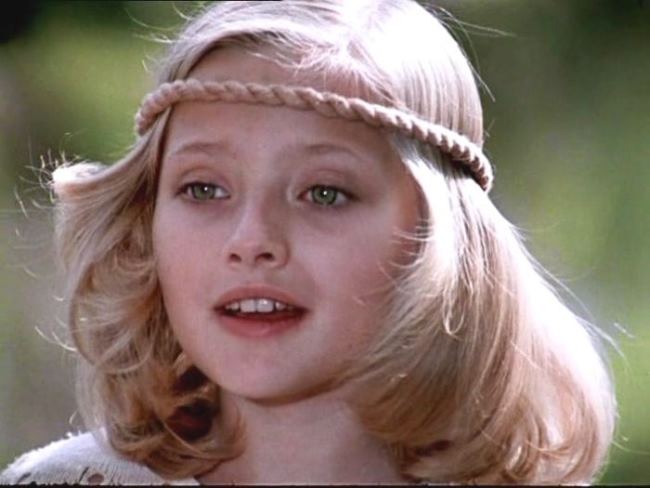 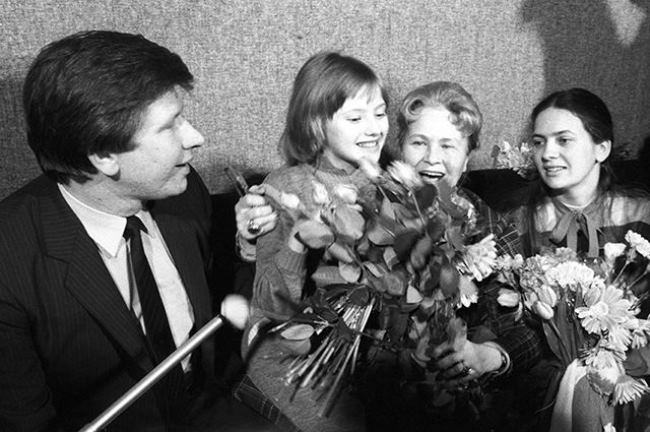 Meeting at the airport after Katya’s trip to the USA 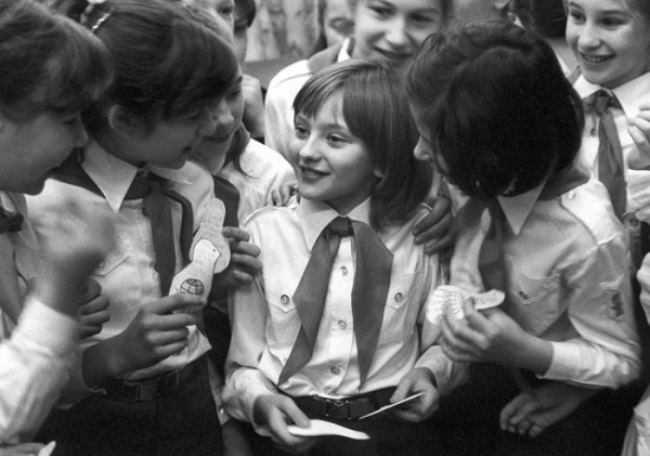 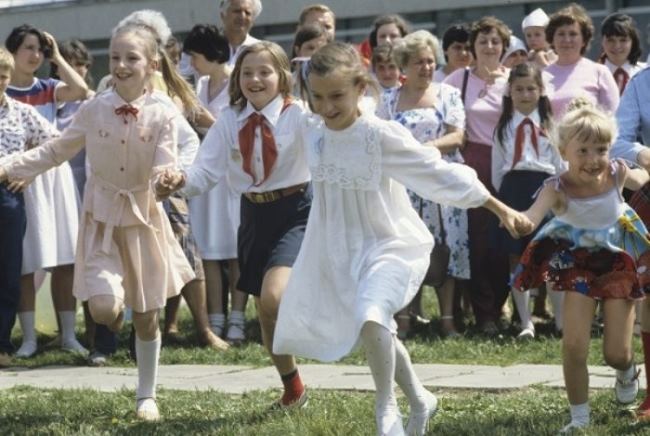 The most famous schoolgirl of the planet in the 1980s