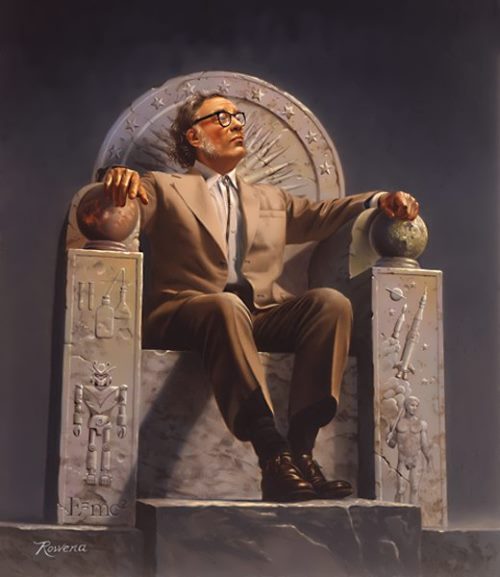 Isaac Asimov is an American science fiction writer of Russian origin. He wrote over 500 books. Terminology used in his books rooted in the English language.
You know, he was the winner of the Hugo and Nebula Awards (awarded annually to works of science fiction literature).
Asimov, Arthur Clarke and Robert Heinlein are The Big Three of Science Fiction writers.

Asimov’s predictions, made more than 50 years ago
50 years ago renowned science-fiction writer published a story in The New York Times. In the story there were predictions for how the world would look like in 2014. To tell the truth, many of his predictions are correct.
Here are some of them:
1. “Humanity will seriously suffer from boredom. It will have serious mental, emotional and sociological implications. Psychiatry will be undoubtedly the most important medical specialty in 2014”.
2. “People will continue to be separated from nature to create an environment that is more suited to them”.

3. “Kitchen equipment, that will automatically cook food, heat water and turn it into a coffee, boil eggs and make scrambled eggs, will be designed”.
4. “Robots are not very common and not so good in 2014, but they exist”.
5. “There will be machines with robotic brains”.
6. “People will communicate through the picture and sound (Skype). The screen can be used not only to see the person you are calling, but also to study the documents, photos and read excerpts from books”.
7. “In 2014 the world population will reach 6.5 million people”.
8. “The devices won’t have electrical wires”.
9. “At the World Exhibition in 2014 3D TVs will be presented”.
10. “In some parts of the world average life expectancy will reach 85 years”.
11. “Computer Science will be the basis of the educational process in schools”. 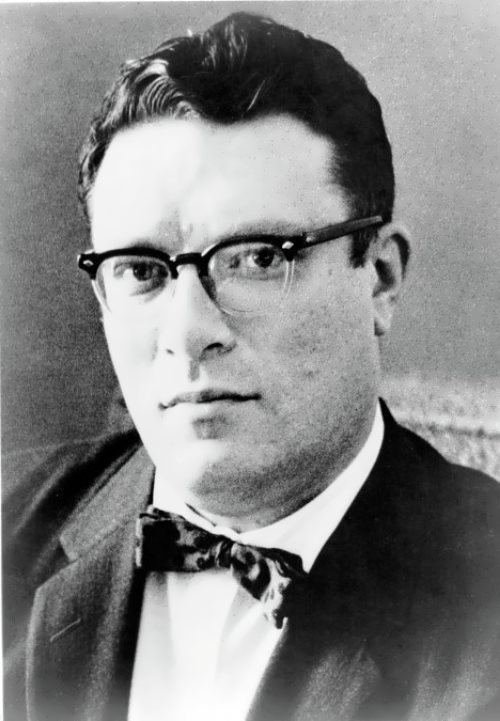 Asimov was born on January 2, 1920 in Smolensk region, Russia, into the family of millers. When Isaac was three years old, the family moved to Brooklyn, where they opened their sweet shop. 5-year-old boy entered school, and at the age of 15 he was admitted to college and then to the Columbia University in New York.
At the age of 11 Asimov already started writing a book about the adventures of two boys.
His first story The Prisoner of Vesta was published in 1939.
In 1941 the story Nightfall was published and 27 years later it was recognized as the best ever written fiction story by the American Association of sci-fi writers.

Asimov introduced the concept of robotics as a science and formulated three laws:
– A robot may not injure a human being or, through inaction, allow a human being to come to harm.
– A robot must obey the orders given to it by human beings, except where such orders would conflict with the First Law.
– A robot must protect its own existence as long as such protection does not conflict with the First or Second Law.
A collection of short stories titled I, Robot brought him worldwide fame.
Asimov was the founder of the Skeptic Organizations in the USA.
In 1945 Isaac served in the army and then became a teacher. 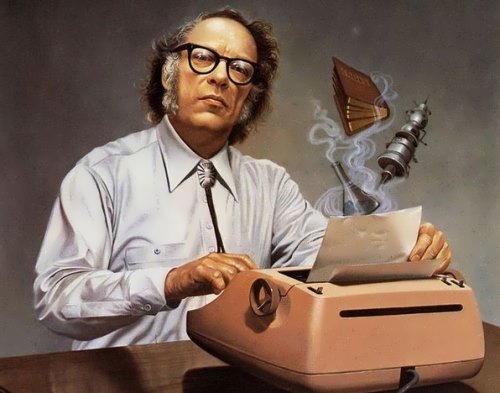 Besides, Asimov successfully wrote science fiction detectives. One of his best detective novels is The Caves of Steel.
At the peak of his writing career, Asimov wrote a non-fiction book for teens The Chemistry Of Life.
His three favorite stories were The Last Question, The Bicentennial Man and The Ugly Little Boy. And his favorite novel was The Gods Themselves.
At the end of 70s Asimov was very popular and he became the first writer, who appeared in commercials on television.
Moreover, in 1984, the American Humanist Association (AHA) named him the Humanist of the Year. He was one of the signers of the Humanist Manifesto.
Asimov died of heart and kidney failure at the age of 72. Nine years before his death, during heart surgery, he was infected with HIV, which grew into AIDS. The death of Asimov shocked the fans, who inherited books of the great writer.
Isaac Clarke, the main character of the game Dead Space, was named in honor of Isaac Asimov and Arthur C. Clarke. 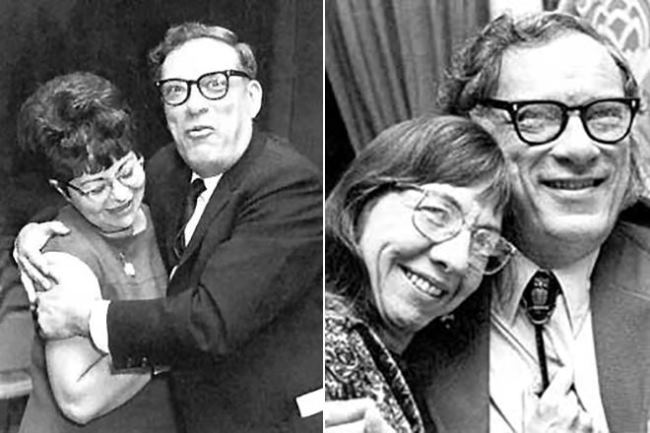 Personal life
In 1942, on St. Valentine’s Day Asimov met his first wife Gertrude Blugerman. They had son David and daughter Robyn Joan. In 1970 the couple divorced and Asimov began to live with psychiatrist Janet Opal Jeppson, whom he met in 1959. Asimov and Jeppson got married in 1973, but the couple didn’t have children.
Source 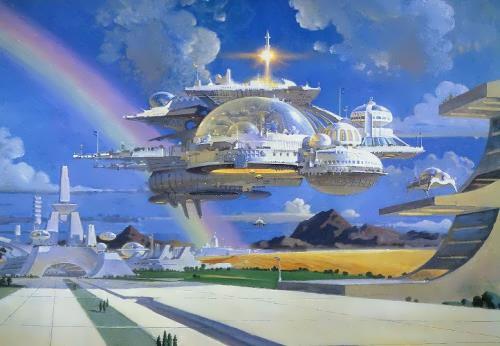 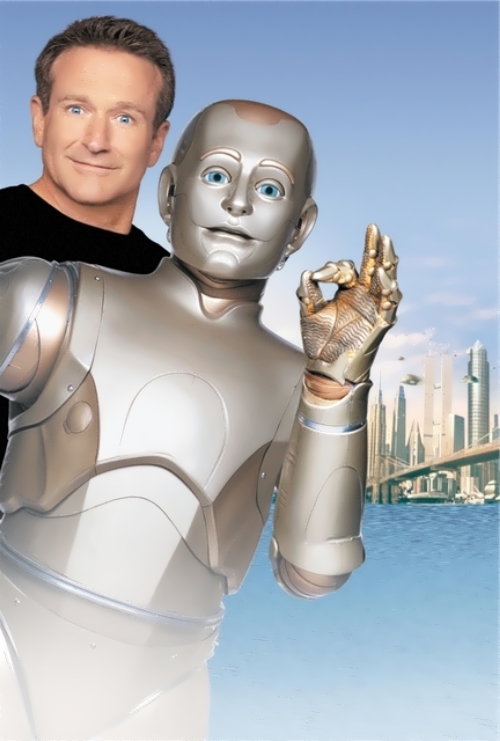 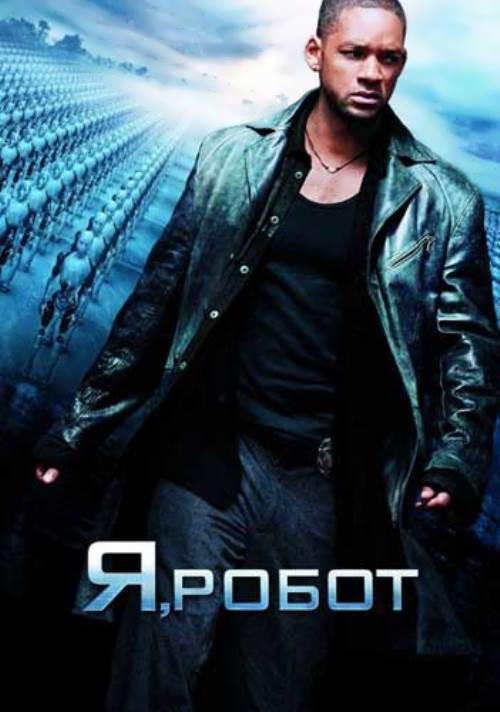 Film I, Robot with Will Smith 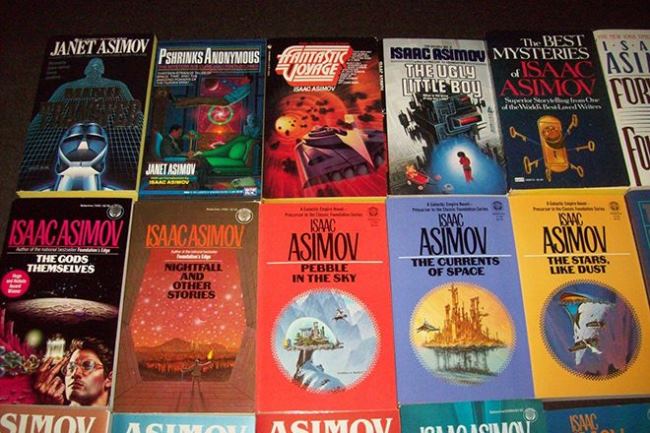 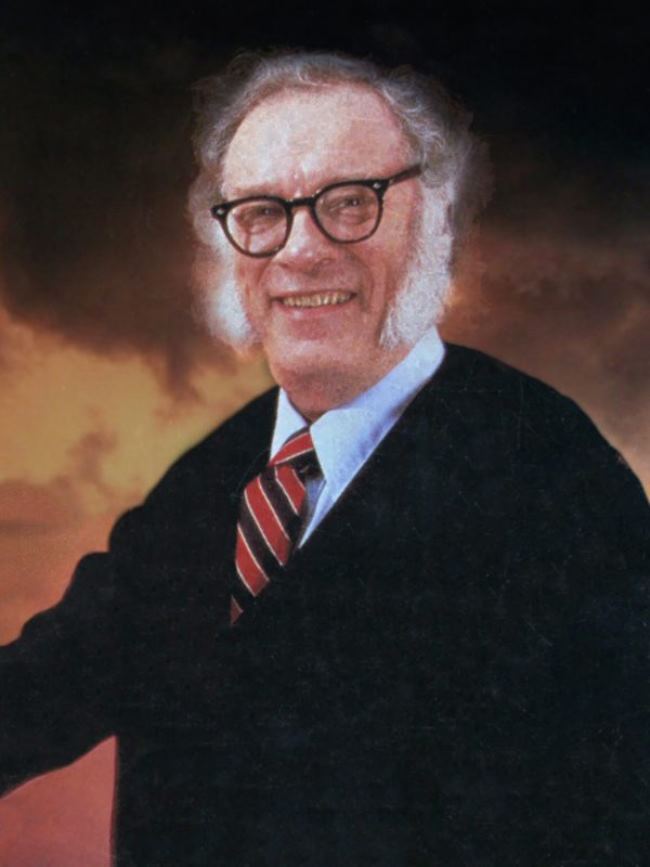 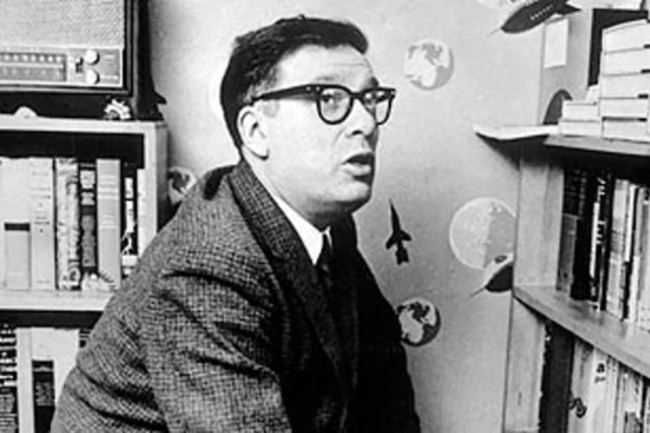 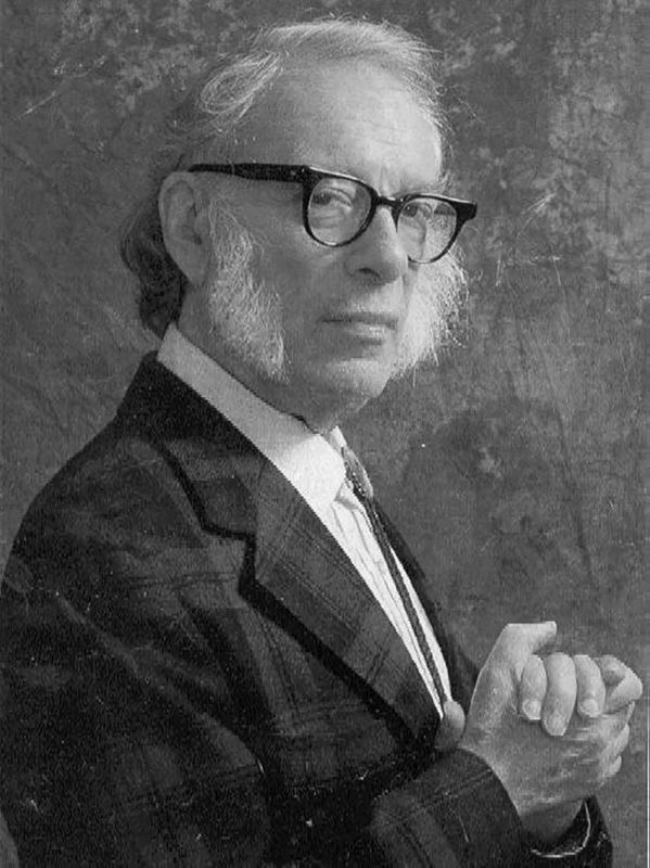 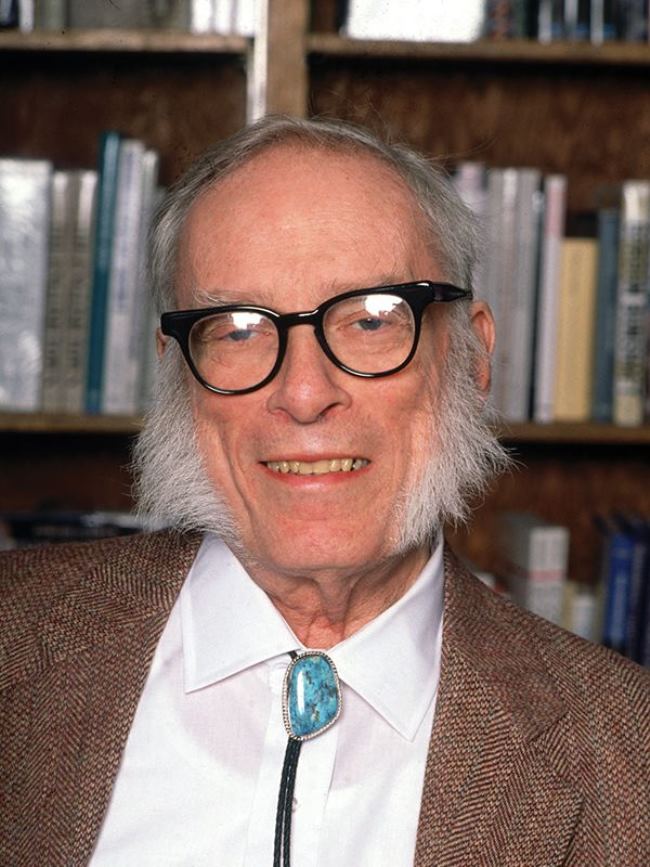 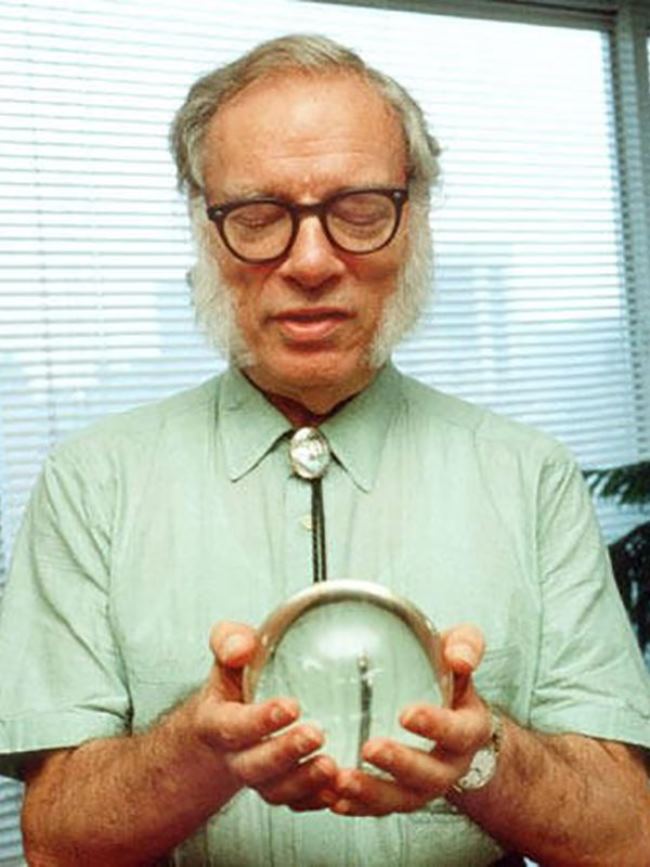 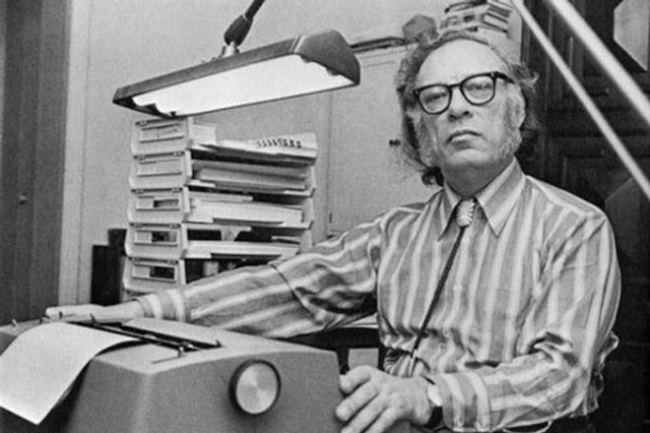 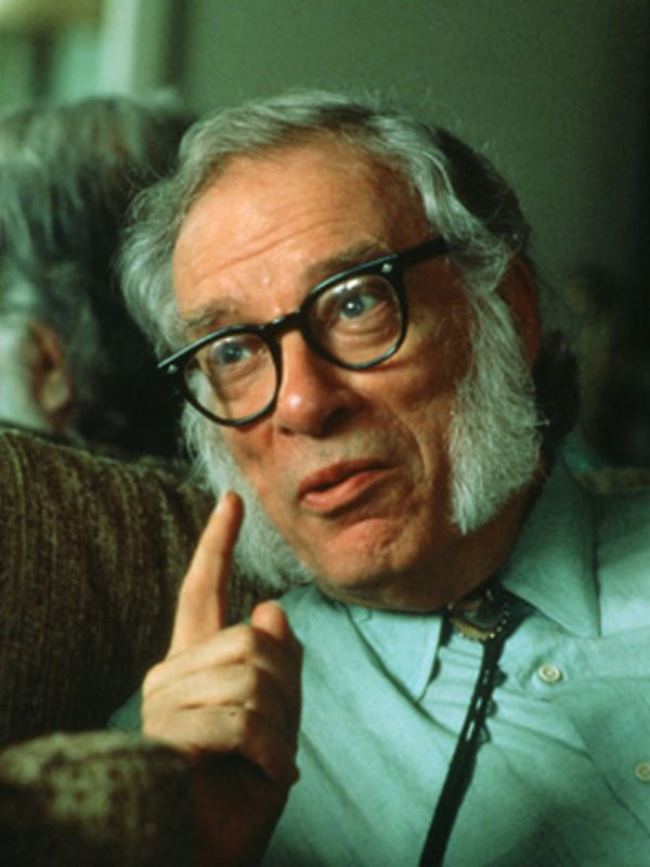 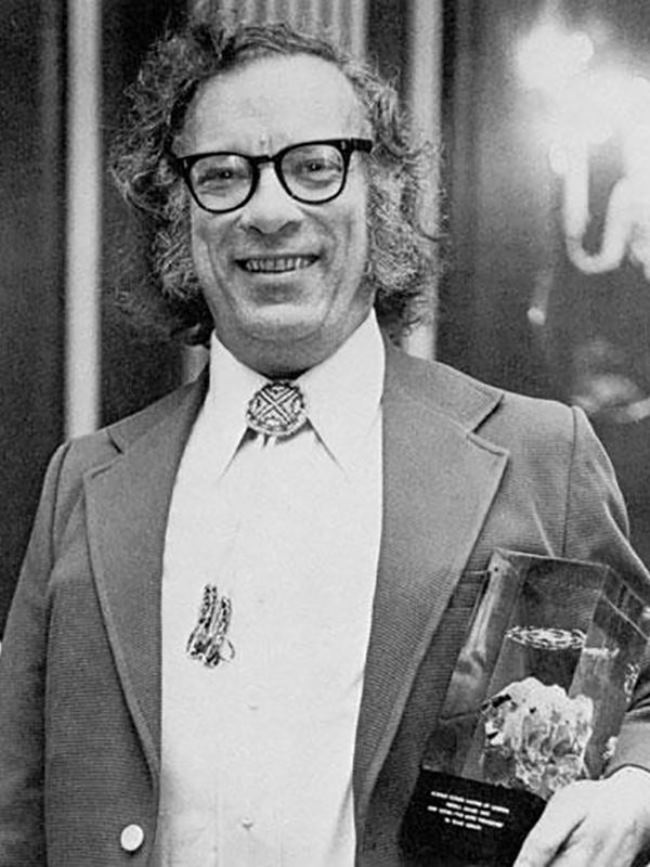 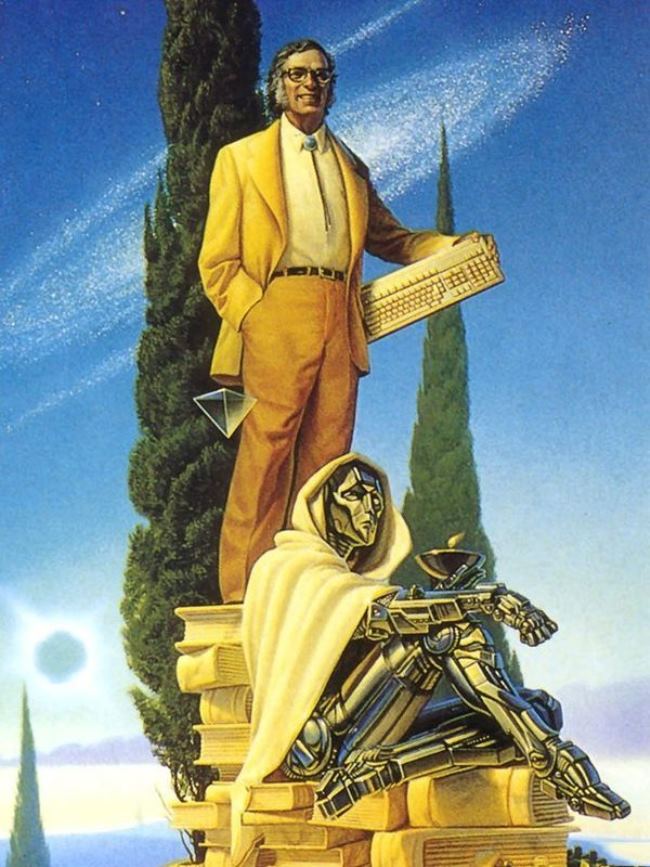 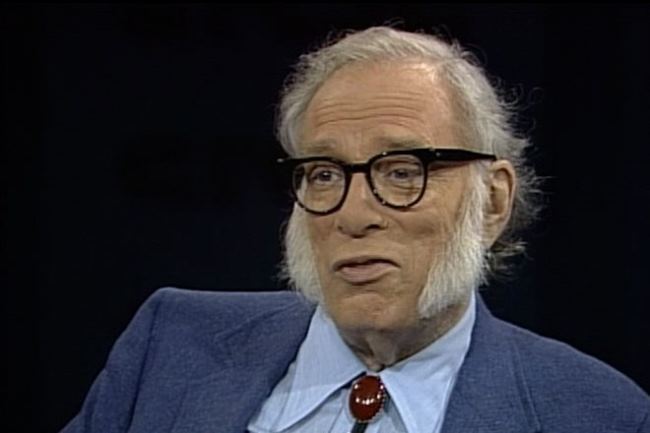 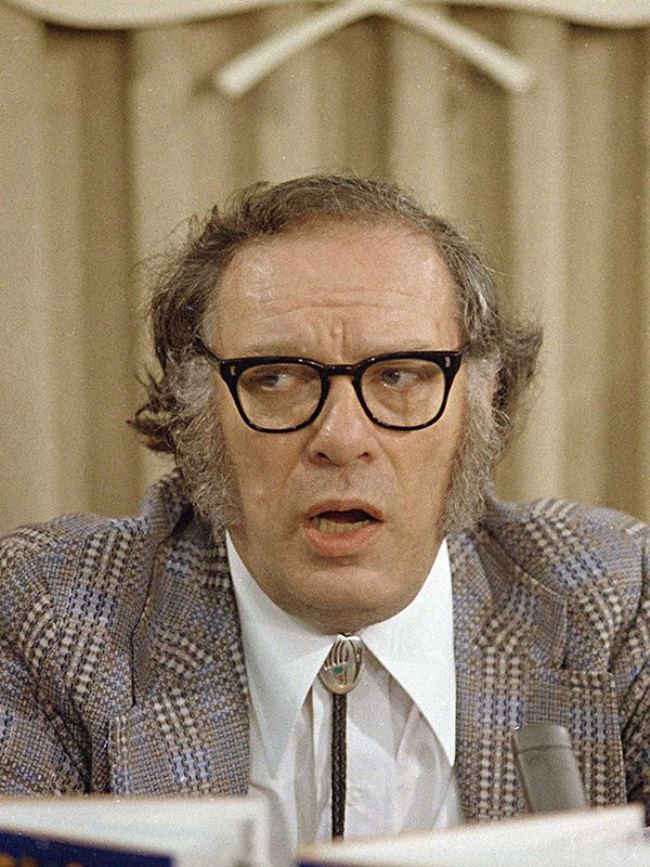