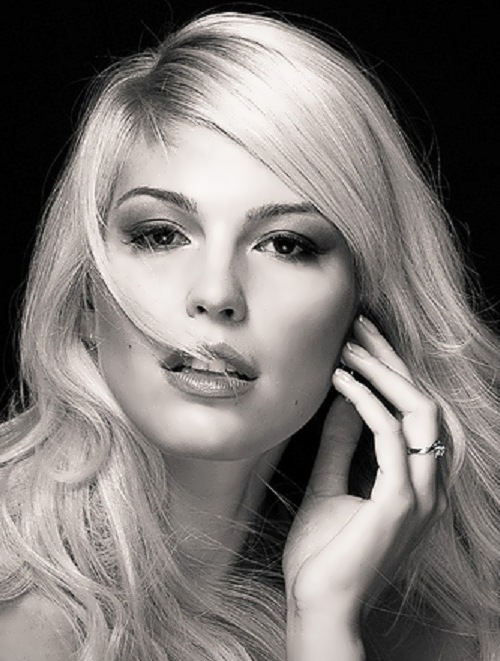 Elena Semikina, a girl from the USSR, was crowned Miss Universe Canada 2010 in Toronto, Ontario. And on August 23, 2010 she represented Canada at the Miss Universe beauty pageant held in Las Vegas, America.
By the way, Elena became the third Russian girl, who won Miss Universe Canada. In 2005 Natalia Glebova became the first beauty of Canada. Later, in 2007, Inga Skaya received this title.
Russian beautiful girl Elena was born on September 8, 1983 in Moldavia, USSR. She is a Canadian actress and film producer. Semikina studied Marketing and Finance in Toronto. To tell the truth, Elena’s debut role was in the film Three Days in Havana, where she played together with Gil Bellows, Don McKellar, and Kathleen Robertson. Also she appeared in Gitaskog. Moreover, Semikina was a competition judge at Miss Universe 2013 in Moscow, Russia.
END_OF_DOCUMENT_TOKEN_TO_BE_REPLACED 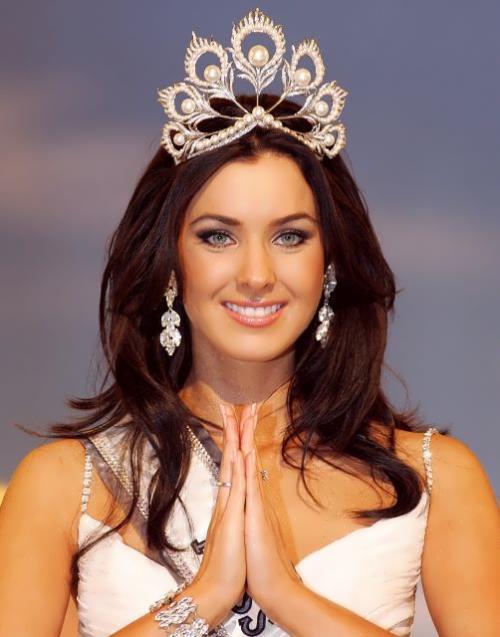 Natalie Glebova is a Russian Canadian beauty queen who has won the title Miss Universe 2005.
Beautiful girl was born on November 11, 1981 in Tuapse, Krasnodar region, Russia. She is a classical pianist and also has won various regional gymnastics championships.
In 1996 her family moved to Canada. After school Natalie entered the University of Toronto, Faculty of Information. At the same time her parents were offered a job in the U.S. city of Boston. Natasha was left alone. The girl was very sad and her friends offered to participate in Miss Canada 2005 contest.
Glebova, inspired by Oxana Fedorova’s victory, who became the most beautiful girl in the world in 2002, decided to try her luck… After the victory Natasha got a lot of marriage proposals. But the girl refused to marry tycoons, known producers and film actors.
END_OF_DOCUMENT_TOKEN_TO_BE_REPLACED 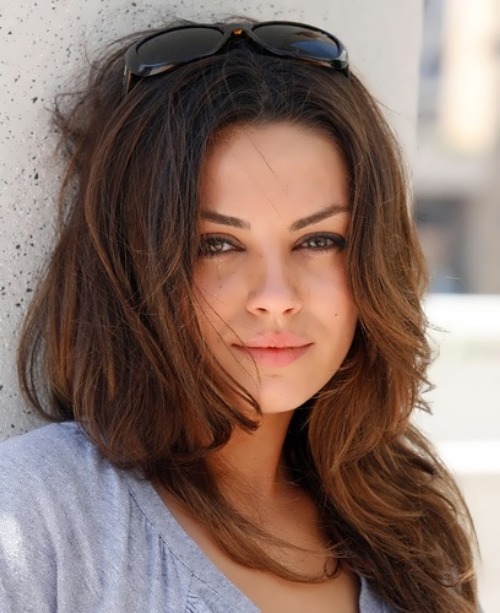 Mila Kunis is an American actress.
Beautiful Milena was born on August 14, 1983 in Chernovtsi, Soviet Union. When the girl was seven years old, she and her family moved from the Soviet Union to Los Angeles, California. Her mother was a physics teacher, now she is a pharmacy manager. Her father worked as an engineer and now he is an owner of the private taxi fleet. The actress has an older brother Mikhail. In America little Mila entered elementary school. It was a very hard time for her because she didn’t speak English and didn’t understand the local people, their culture and customs.
As a child, Mila had problems with her vision. Because of this she has heterochromia: one eye is green, the other is light brown. Laura Prepon, her co-star on That 70s Show (1998), called her husky because of this.
At the age of nine the girl entered acting school in Beverly Hills. One day Mila was noticed by manager Susan Curtis, who offered her a job. Aspiring actress agreed and almost immediately appeared in the national TV show Days of Our Lives. For several years, until 1998, Mila was a guest on a variety of TV projects, appeared in the TV series Cool Walker, Baywatch, Texas Ranger, Seventh Heaven.
END_OF_DOCUMENT_TOKEN_TO_BE_REPLACED 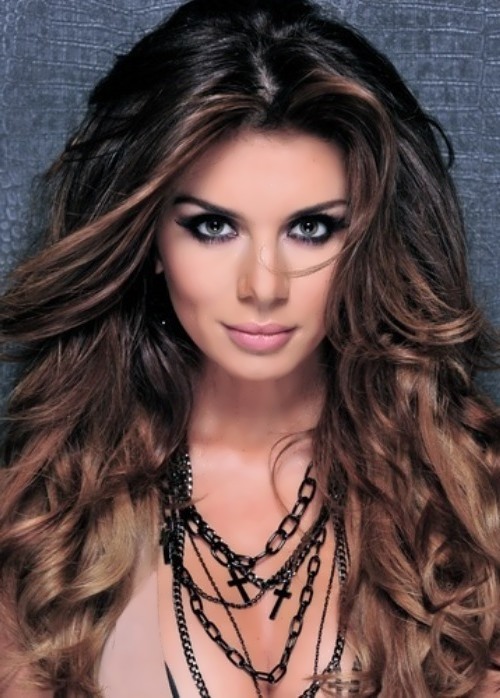 Anna Sedokova is a famous singer, actress, TV host, writer and one of the most remarkable stars in the Russian Federation and Ukraine. Everything that Anna does immediately becomes popular – she knows how to grab the headlines. For example, the Russian editions of Maxim and Playboy with Anna as the cover-girl are perennial bestsellers.
Anya (bright Ukrainian person with Russian roots; her parents came to Ukraine from Siberian town Omsk) was born on December 16, 1982 in Kiev.
Since early childhood, Anna was engaged in music and dances. When she was 6 years old, she became the member of the Ukrainian folklore ensemble Svitanok. By the way, she graduated from school with a gold medal and from musical school as a brilliant student.
During her studies at university, Anna worked as a model and a hostess in the club. Then she was offered to become a presenter of the program O-TV Models on O-TV musical channel.
END_OF_DOCUMENT_TOKEN_TO_BE_REPLACED 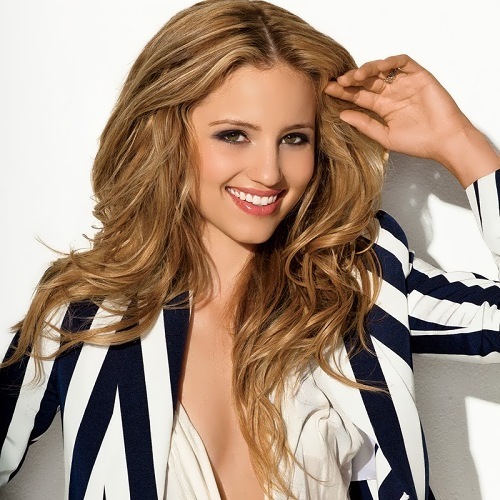 Dianna Agron is an American actress, singer, producer, artist and dancer. She is best known for her role of Quinn Fabray in the television series Glee and Sarah Hart in I Am Number Four.
Beautiful girl was born on April 30, 1986 in Savannah, Georgia, and raised in San Antonio, Texas and San Francisco, California.
Her father’s family is originally from Russia, and their original surname is Agronsky. At the age of 3 Dianna began dancing. So, as a teenager she was able to earn money teaching dance. At school, she studied ballet, jazz and played in musical theater.
18-year-old girl moved to Los Angeles, where she studied acting and played in student films.
Agron made her acting debut with a small role in the film After Midnight: Life Behind Bars. Then she starred in various films and television series. Also, she tried her hand as a writer and producer of the film A Fuchsia Elephant, which was released in 2009.
END_OF_DOCUMENT_TOKEN_TO_BE_REPLACED 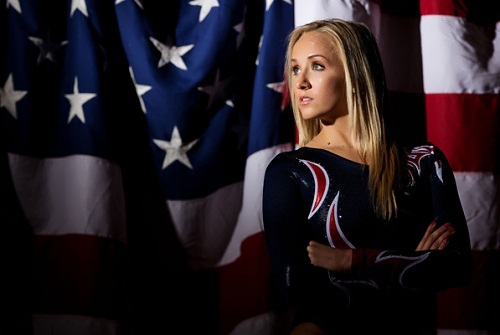 Nastia Liukin is an American artistic gymnast, 2005 and 2007 world champion, four-time U.S. champion (twice junior), absolute Olympic champion. In addition, she was a silver medalist in team competitions in gymnastics at 2008 Olympic Games in Beijing.
Anastasia was born in Moscow on October 30, 1989. She is the only child of well-known Soviet athletes: 1988 Olympic gold medalist Valeri Liukin, the first man to do a triple backflip, and 1987 World Champion, rhythmic gymnast Anna Kotchneva.
After the collapse of the Soviet Union, 2,5-year-old Nastya and her parents moved to New Orleans, and then to Texas. Liukin is fluent in English and Russian. You know, Anastasia and her family are members of the Russian Orthodox church.
Cute girl began doing gymnastics after spending time in the gym while her parents coached. Actually, Nastia is coached by her father at the World Olympic Gymnastics Academy, her family’s gymnastics club in Plano, Texas.
END_OF_DOCUMENT_TOKEN_TO_BE_REPLACED 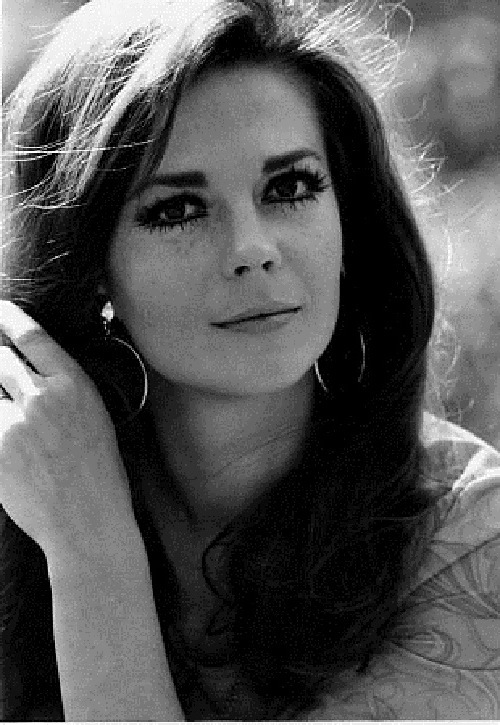 Natalie Wood was an American actress, three-time Oscar nominee.
Beautiful girl was born on July 20, 1938. Her real name was Natalia Zakharenko, then Gurdina. She was a daughter of Russian immigrants Nikolai Zakharenko from Vladivostok, and Maria Zudilova from Barnaul. They changed the name to Gurdin when became U.S. citizens. Pretty girl was fluent in English and Russian. According to her she was “very Russian”. During her stay in Los Angeles, Natalie was a parishioner of Holy Transfiguration Cathedral.
By the way, her acting career began when the girl was only four years old. To tell the truth, she became a very successful child actress. Little actress played in the films including Miracle on 34th Street (1947), The Ghost and Mrs. Muir (1947) and Star (1952). For the role of Judy in the movie Rebel Without a Cause with James Dean she was an Oscar nominee in 1955.
Roles in West Side Story (1961), Gypsy (1962) and The Great Race (1965) brought Natalie world fame. And roles in Splendor in the Grass (1961) and Love with the Proper Stranger (1963) brought her two more nominations for an Academy Award.
END_OF_DOCUMENT_TOKEN_TO_BE_REPLACED
Page 5 of 6« First«...23456»