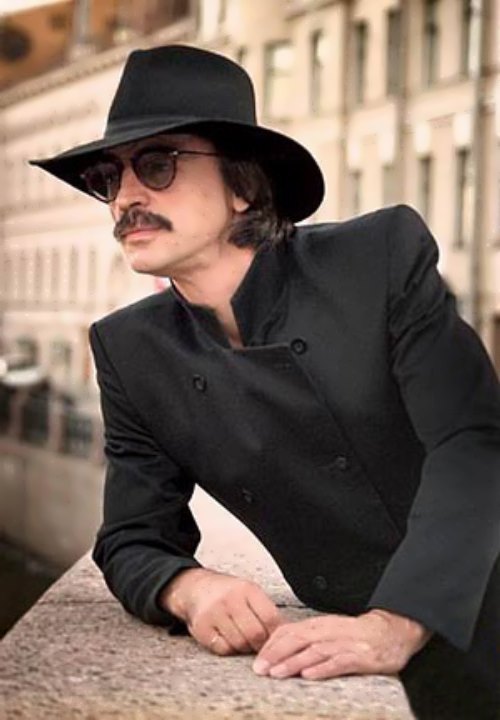 Mikhail Boyarsky is a Soviet-Russian actor and singer, Honored Artist of the RSFSR (1984) and People’s Artist of Russia (1990). He is best known for the role of D’Artagnan in the film D’Artagnan and Three Musketeers (1978) and its sequels (1992, 1993).
Mikhail was born on December 26, 1949 in Leningrad (now Saint Petersburg) into the family of the theater actors Sergei Boyarsky and Ekaterina Melentieva. The boy’s parents did not want the son to follow in their footsteps. They wanted him to be a musician. Boyarsky studied piano in a music school. After school, the future actor entered the Leningrad State Institute of Theatre, Music and Cinema. In 1972, after graduation from the institute, he began working in the Lensovet Theatre. In the play Dulcinea Tobosskaya, Mikhail played along with great actress Alisa Freindlich for the first time.
Being a school boy Mikhail starred in the short film Matches Are Not Toys For Children. But his real debut took place in 1974.
END_OF_DOCUMENT_TOKEN_TO_BE_REPLACED 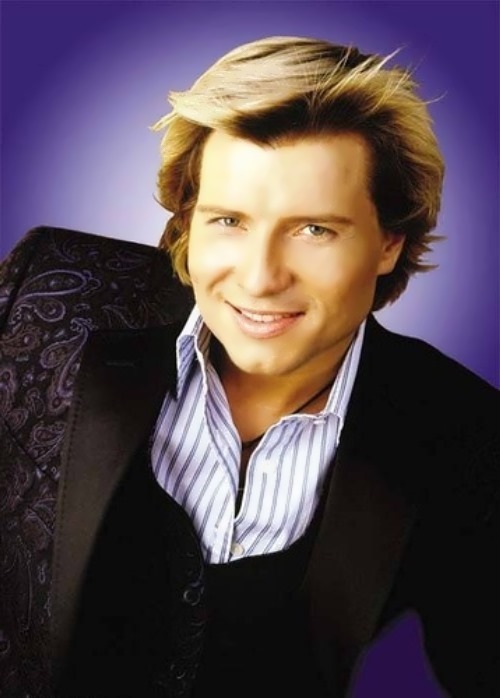 Nikolai Baskov is a Russian pop and opera singer (tenor), and TV host. You know, he is People’s Artist of Russia (2009), People’s Artist of Moldova (2011).
Kolya was born on October 15, 1976 in Balashikha, Moscow region. When he was two years old, his father Viktor Baskov graduated from the Frunze Military Academy and the family moved to Germany. Victor served for five years in Dresden. His mother Elena Baskova was a mathematics teacher, but in Germany, she worked as a television announcer.
At the age of five the future singer began to study music at home with his mother.
From 1986 to 1992 he performed at The Young Actors Moscow Musical Theater and went on tour in the U.S., Israel, Switzerland, and France.
In 1996, Nikolai entered the Gnessin Russian Academy of Music.
By the way, Baskov is a winner of the Spanish Competition Grand Voice and a three-time winner of the Ovation award.
END_OF_DOCUMENT_TOKEN_TO_BE_REPLACED

Maxim Galkin is a popular Russian impersonator, comedian, presenter, actor and singer. By the way, he is Russian Primadonna Alla Pugacheva’s fifth husband.
Maxim was born on June 18, 1976 in Naro-Fominsk district, Moscow. His father Alexander Alexandrovich was a Colonel-General, from 1987 to 1997 he headed the Main Armored Directorate of the Russian Federation Ministry of Defense. And his mother Natalie Grigorievna worked at the Institute of Earthquake Prediction Theory and Mathematical Geophysics.
His family moved often because his father was a military man. When Maxim was 3 years old, they lived in Germany, then moved to Odessa, where Maxim graduated from elementary school, and then the family moved to Baikal, Ulan-Ude. Finally, they returned to Moscow.
Maxim was a very talented boy. In school plays Galkin played different roles – the old alcoholic, Ostap Bender, King Solomon, Count Nulin, Don Carlos.
At the age of 13 Maxim saw Gennady Khazanov on TV, who parodied Mikhail Gorbachev. Immediately the boy showed ability to portray the first president of the USSR not worse than the eminent humorist.
END_OF_DOCUMENT_TOKEN_TO_BE_REPLACED 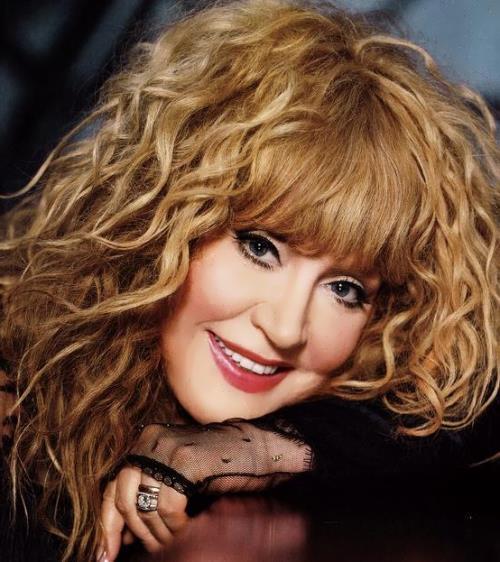 Alla Pugacheva is the most successful Soviet performer and Russian Pop Diva. She became Merited Artist of the Russian SFSR in 1980, People’s Artist of the Russia in 1985 and People’s Artist of the USSR in 1991.
Alla was born on April 15, 1949 in Moscow. She became the second child in the family – her elder brother Gennady died of diphtheria in early childhood.
Before starting her solo career, she had worked with many bands.
In 1965, Pugacheva finished Moscow school and at the same time she recorded a song Robot for the Union Radio program Good Morning.
The girl entered the State College of Circus and Variety Arts in 1967.
And in 1969, the singer became a soloist of Lipetsk vocal-instrumental ensemble New Electron. A year later Pugacheva worked with the ensemble Muscovites. Then, until 1972, Alla worked with an orchestra under the direction of Oleg Lundstrem.
Since 1974, she worked in ensemble Jolly Fellows. For the song Harlequin Alla was awarded Golden Orpheus. Two years later, Pugacheva left the group.
END_OF_DOCUMENT_TOKEN_TO_BE_REPLACED 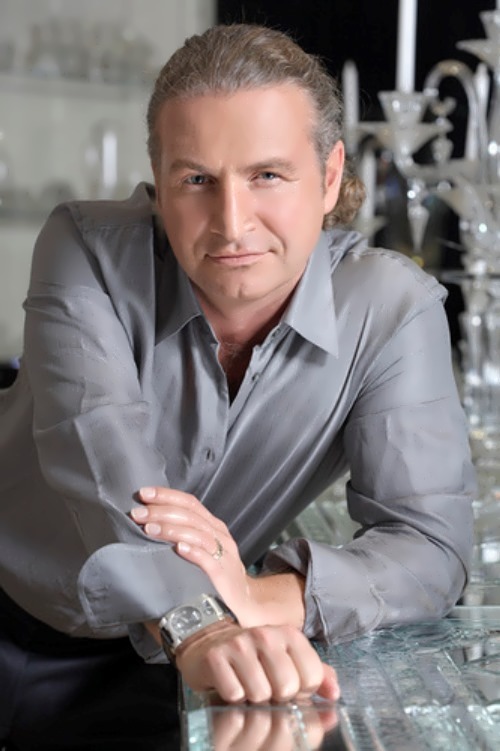 Leonid Agutin is a Soviet and Russian singer, songwriter, composer, Honored Artist of Russia (2008).
The boy was born on July 16, 1968 in Moscow, into the family of musician Nikolai Petrovich and teacher Lyudmila Leonidovna (nee Shkolnikova). His father sang in the band Blue Guitar, was the winner of Bratislava Lyre. Also he worked as an administrator in groups Jolly Fellows, Singing Hearts and Pesnyary. His mother was a primary school teacher, honored teacher of Russia. Leonid has two sisters Ksenia and Maria.
The boy graduated from the Moscow jazz school Moskvorechye.
From 1986 to 1988 he served in the Russian army, frontier troops.
In 1993, Leonid graduated from the Moscow State Institute of Culture. Since 1991, he traveled with the famous Russian groups as a “warm-up” singer.
In 1992, Agutin became a laureate of the international competition Yalta-92, and in 1993 he was the winner of the international competition Jurmala-93.
Then, in 1994, he released his first solo album Barefoot Boy, which in the spring of that year became a hit. In the same year Agutin won Singer of the Year, Song of the Year and Album of the Year awards.
END_OF_DOCUMENT_TOKEN_TO_BE_REPLACED 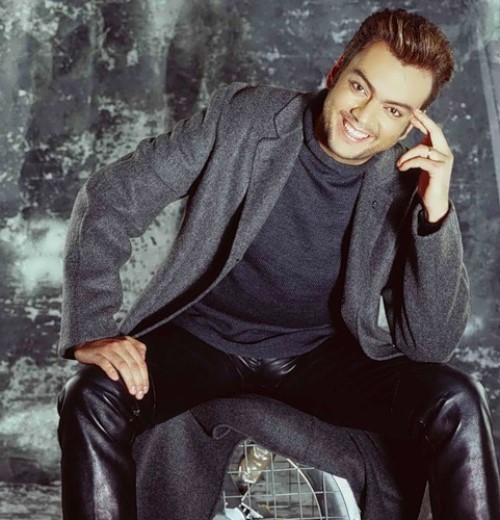 Filipp Kirkorov is a bright and unique personality in Russian show business. He is a Russian singer, producer and actor.
The boy was born on April 30, 1967 in Varna into a family of Bulgarian singer of Armenian descent Bedros Kirkorov and Russian mother Victoria Likhacheva. Already at the age of 5, the future star went on tour with his parents.
In 1984, Filipp entered the Gnessin State Musical College. His creative career began in 1985. Filipp sang a song Alyosha in Bulgarian in the TV program.
In 1987 Kirkorov worked as a musician in Leningrad Music Hall, directed by Ilya Rachlin. Then he met poet Ilya Reznik, who helped Kirkorov to conquer Olympus of Russian show business.
In 1988 Filipp met Alla Pugacheva and received an invitation to participate in her Christmas Meetings. By that time, Kirkorov had already graduated from the School of Music and had performed in Yalta with his first contest. Also he made the first music video for the song Carmen and sang for free in Mongolia for Soviet soldiers.
END_OF_DOCUMENT_TOKEN_TO_BE_REPLACED 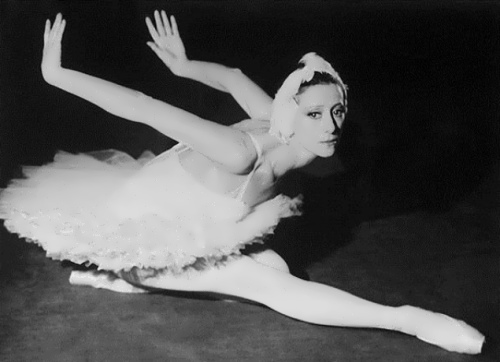 On November 20, 1925 one of the world’s most famous ballerinas Maya Plisetskaya was born. She is truly a legend, her dancing is magic, Nirvana and just breathtaking. She deserved those long standing ovations.
In order to be a ballerina Plisetskaya, being evacuated to Sverdlovsk during the Great Patriotic War, without a permit went to Moscow to study ballet.
In spring 1943 she began working at the Bolshoi Theater. In the first season Plisetskaya danced Masha in The Nutcracker, then Mirta in Giselle, she was the first Autumn fairy in Cinderella, Kitri in Don Quixote. In Sleeping Beauty Maya performed the role of Aurora. Soon Plisetskaya became a prima ballerina of the Bolshoi Theater, succeeding the great Galina Ulanova.
Later Plisetskaya’s Dying Swan became famous throughout the world. By the way, before the dance, she visited the zoo and watched swans’ plastic, head movement and wingspan. Ballerina danced Swan Lake for more than 800 times.
Her regular partners were Alexander Bogatyrev and Alexander Godunov.
END_OF_DOCUMENT_TOKEN_TO_BE_REPLACED
Page 5 of 38« First«...34567...102030...»Last »