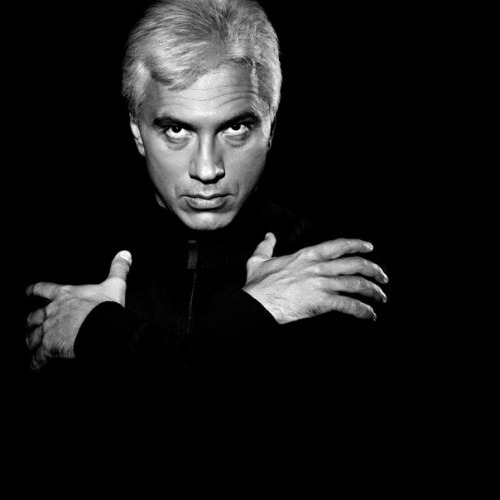 Dmitry Hvorostovsky was born on October 16, 1962 in Krasnoyarsk. His father Alexander Stepanovich was a chemical engineer, and his mother Lyudmila Petrovna worked in the hospital as a gynecologist. But the main hobby of Alexander Stepanovich was still music. He had a deep baritone, which Dmitry inherited, and played the piano perfectly. In the evenings, the Hvorostovsky family gathered in the living room, where Alexander Stepanovich sang along with his wife, accompanying himself by playing the piano.
Dmitry began singing at the age of four, performing old romances and folk songs. His idols were Ettore Bastianini, Tito Gobbi, Fedor Chaliapin and Maria Callas, whose records were collected by the boy’s father. The boy attended the music school where he learned to play the piano. To tell the truth, it was very hard for him and the boy had poor grades.
After school Hvorostovsky entered the Krasnoyarsk Pedagogical School named after A.M. Gorky. At that time, the guy became very interested in the fashionable style of music – rock. He became the soloist and keyboard player of the Rainbow group, which played in restaurants and clubs in Krasnoyarsk. At one time the future singer even wanted to quit school, but changed his mind and successfully graduated from it.
END_OF_DOCUMENT_TOKEN_TO_BE_REPLACED 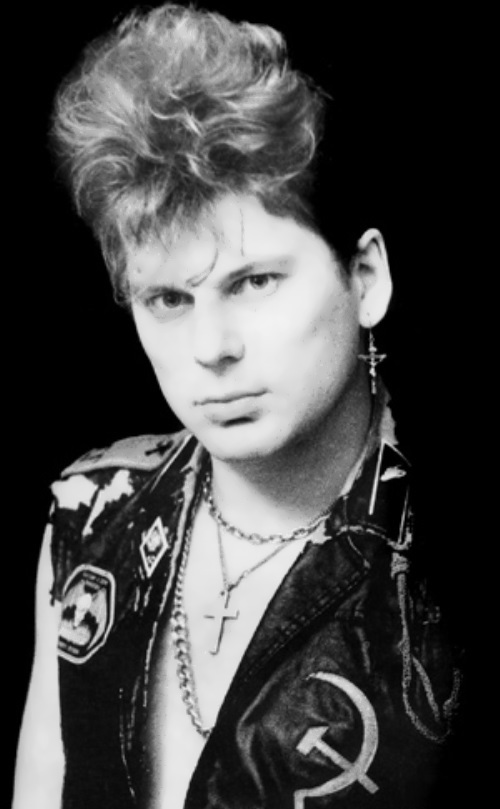 Yuri Klinskih, best known as Yura Hoy, was a Soviet and Russian musician, poet, composer. He was the founder and leader of the popular band Sektor Gaza.
Yuri was born on July 27, 1964 in Voronezh into the family of an engineer and a Voronezh Aircraft Plant worker. The boy always had an irresistible passion for music. His father wrote poetry and liked rock’n’roll, and he managed to convey his passion and knowledge to his son. Yuri began writing poetry and playing the guitar. He was a self-taught musician.
Yuri served in the army in Blagoveshchensk, the Far East, and was demobilized in 1984. For two years he worked as a police inspector, then as a machine operator and loader. In his spare time Klinskih wrote songs. It was just a hobby and he didn’t dream of popularity.
In the spring of 1987, Yuri performed several own songs at the club. On December 5, 1987 he created his own band Sektor Gaza (it was named after the nickname of the Voronezh Left Bank district known for bad ecological and crime situations). As for Yuri’s nickname, it came from his cry “Hoy!” during his performances.
The band became popular in 1990 after the release of the album The Evil Dead. Hoy wrote folk rock anthems.
END_OF_DOCUMENT_TOKEN_TO_BE_REPLACED 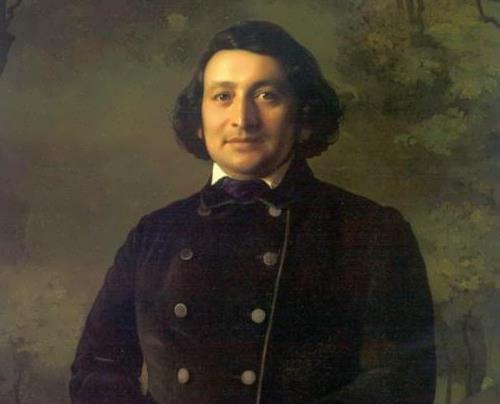 Osip Petrov (November 3, 1806, Yelisavetgrad – February 28, 1878, St. Petersburg) was an outstanding Russian opera singer (bass).
He began singing at the age of seven in a church choir in Yelisavetgrad. The music excited the boy and evoked emotions. Even then, he stood out from the others with his sonorous, very powerful treble. After some time, his treble turned into a powerful bass. Osip taught himself to play the guitar.
One day Ukrainian entrepreneur Daniel Zhurakhovskii heard Osip’s singing and invited him to join his troupe.
Petrov’s debut was in the play Kozak-poet by Alexander Shakhovsky, where he read the lyrics and sang couplets. Osip worked with Zhurakhovskii for 4 years. Then he became a member of Ivan Stein’s troupe, where he met a theater actor Mikhail Shchepkin, who had a great influence on his artistic development.
END_OF_DOCUMENT_TOKEN_TO_BE_REPLACED 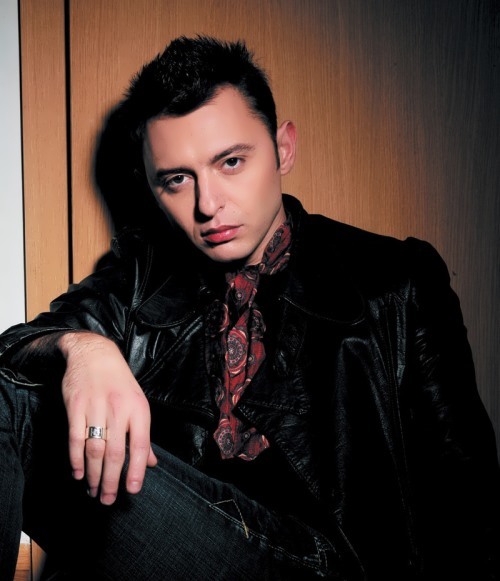 Roma Zver (Roma Beast) is a Russian singer, soloist and founder of the band Zveri (Beasts), fashion designer, TV presenter.
The singer’s real name is Roman Bilyk. He was born on December 7, 1977 in Taganrog, Russia. Roma grew up without a father. He spent hours playing the guitar, writing songs and singing with his youth band Asymmetry.
Roman graduated from the Don Interregional College of Construction and Economy.
In 2000 he arrived in Moscow. The boy came to conquer the capital with no money in his pockets. He worked in construction, and spent the night on the 12th floor of a building under construction. Once he could not stand such a life, he hid himself in the basement and took a lot of medication. Fortunately, he was found by homeless men, who called an ambulance. Later Roma worked as a security guard at a nightclub, met the right people who helped him to record the first song.
END_OF_DOCUMENT_TOKEN_TO_BE_REPLACED 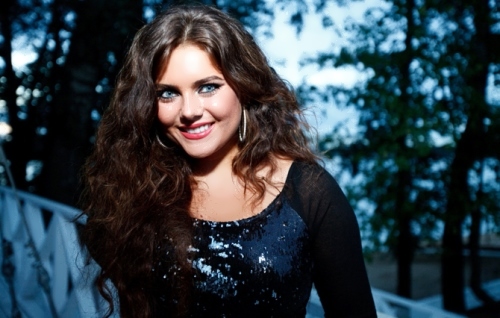 Russian singer Victoria Krutaya was born on August 29, 1985 in Moscow. She is an adopted daughter of famous Russian songwriter and composer Igor Krutoy. When the girl was four years old, her parents divorced. Her mother Olga moved to the United States. Once Olga came to a concert of the Russian composer and fell in love with him. The family lived in Miami, but Igor spent much time in Moscow.
In America, Victoria graduated from the Stella Adler drama school (New York), as well as the University, where she studied Business Communications.
In 2008, the future singer got an internship at the popular American magazine Glamour. As she said she was only an assistant to the editor in chief. Her job was to send emails, make coffee and go shopping in search of clothing, which was supposed to look like brand, but was cheaper.
END_OF_DOCUMENT_TOKEN_TO_BE_REPLACED

Natalia Guslistaya or Natalie Burn is an actress, choreographer, modern ballet dancer, stuntwoman and an extremely beautiful girl. You know, Natalia entered the Actors Studio, becoming a student of Al Pacino, Martin Landau and Sally Kirkland.
Her dance impressed director of London’s Royal Academy Maurice Bejart.
The beautiful and talented girl was born in the USSR into the family of a ballerina and a representative of scientific dynasty. She began dancing in Kiev. Then the family moved to Moscow, and Natalia continued her studies at the Moscow State Academy of Choreography at the Bolshoi Theater.
Also she studied at the Royal Ballet School in London, where she was invited by the director Gailene Stock, and at the Rambert School of Ballet and Contemporary Dance in London. By the way, the girl practiced with famous choreographers in 3 studios Pineapple Studio (London), Millennium Studios (Los Angeles), and The Edge Studios (Los Angeles).
END_OF_DOCUMENT_TOKEN_TO_BE_REPLACED 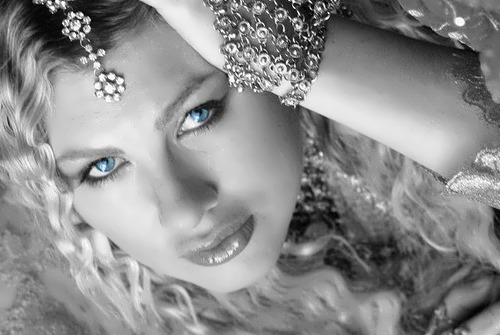 Eva Polna is a Russian singer, ex-member of the band Guests From The Future.
Pretty girl was born on May 19, 1975 in Leningrad (now St. Petersburg), Russia. As a child, the future singer was fond of science fiction and dreamed of becoming an astronaut. Little Eva loved to sing and dance. Her idols were ballerina Anna Pavlova and jazz singer Ella Fitzgerald.
In 1991, Eva entered the St. Petersburg Academy of Culture and Arts. In 1994 the girl appeared on the stage as a dancer and backing vocalist of St. Petersburg rap group A-2. However, a year later, the singer left the band. She performed in various St. Petersburg clubs, where she sang the classic rock ballads. By the way, she could sing for hours, her personal best was Five hours without a break.
The girl’s career has changed after meeting with Yuri Usachev in 1997. A young man was searching for a singer for his own musical project. The project was called Guests From The Future. Their debut concert was held on March 8, 1998 in the night club Titanic.
Actually, Eva and Yuri became popular after the release of the song Run Away From Me written in dream-house style.
END_OF_DOCUMENT_TOKEN_TO_BE_REPLACED
Page 3 of 38«12345...102030...»Last »