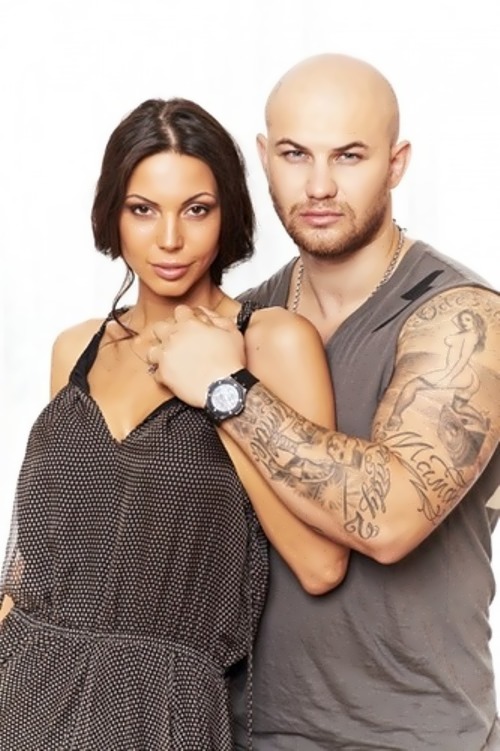 Oxana Samoylova is a Russian fashion model and her husband GeeGun (his real name is Denis Ustimenko-Vaynshtein) is a hip-hop singer, who became famous in 2009-2011.
GeeGun performed together with Anna Sedokova (Cold Heart, 2009), Julia Savicheva (song Release, 2011), Jeanne Friske (You’re Next, 2011).
At the age of 19 GeeGun became the Master of Sports in Kickboxing, twice champion of Ukraine, the silver medalist of European kickboxing championship.
GeeGun was born on August 2, 1985 in Odessa. He was one of the first persons who started to arrange hip-hop parties in Odessa.
In 2005 Denis met DJ DLEE, official DJ of Timati. This meeting became very important for the rapper.
Later, in 2007, he graduated from the Faculty of Physical Education. In the same year Denis became the official artist of the Black Star Inc. and released the first track and music video for the song Odnoklassnitsa (Classmate).
END_OF_DOCUMENT_TOKEN_TO_BE_REPLACED 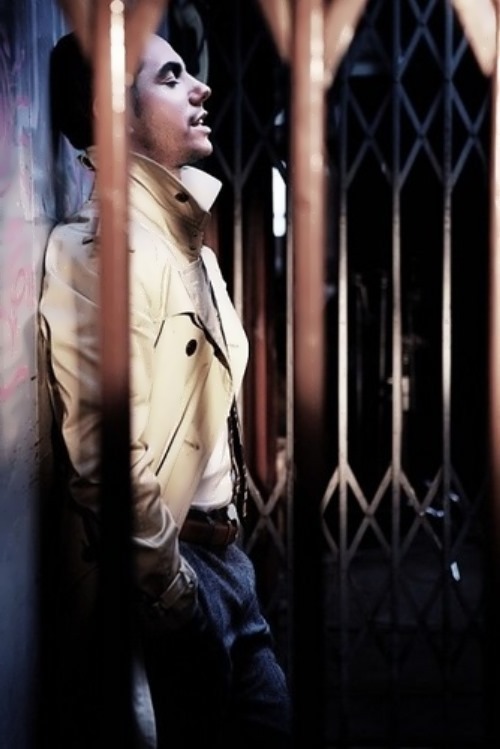 Timur Rodriguez is a Russian entertainer, TV host, singer, comedian and actor. By the way, he is a participant of many TV projects, including KVN, Comedy Club, Ice Age and others. He got attention in Russia as a participant of KVN and Comedy Club Russia. You know, he was a host of TV shows like Krokodil, Sexy Chat, Dancing Without Rules. During recent years he is engaged in music business as a singer and released hit singles such as Out in Space, About You, Never Be Better.
Timur Kerimov (his real name) was born on October 14, 1979 in Penza. His father is an actor of puppet theater and his mother is an interpreter, German and English teacher.
At school Timur joined several clubs such as athletics, choir and even knitting to be closer to the girls.
In 2001 he graduated from the Penza Pedagogical Institute, department of foreign languages (French and English).
END_OF_DOCUMENT_TOKEN_TO_BE_REPLACED 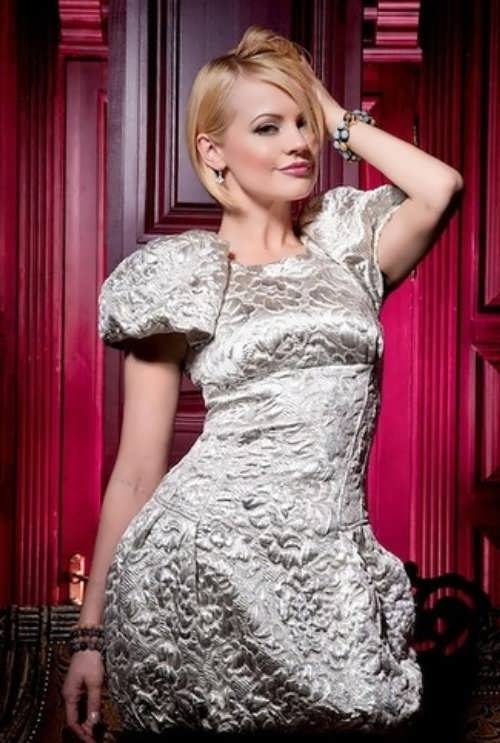 Irina Ortman is a Russian singer, ex-member of the music band Tootsie (from 2004 to 2010). In 2010 she began her solo career.
Pretty girl was born on July 22, 1978 in Semipalatinsk. Her childhood she spent in Altai Krai. At the age of 4 Irina sang Russian folk songs, and at 11 she began to sing pop songs. Five years later, the girl won the competition Stars Of The Province.
Irina studied at the Barnaul musical school and at the Moscow College of Art.
In 1997, the singer moved to Moscow. After moving to the capital, she worked at Renat Ibragimov’s theater, then in the band White Eagle.
By the way, Irina performed in the musical Dracula.
You know, in 2003, Irina took part in the contest New Wave. But the most important event in her life was participation in the TV project Star Factory – 3 where she became a finalist.
END_OF_DOCUMENT_TOKEN_TO_BE_REPLACED 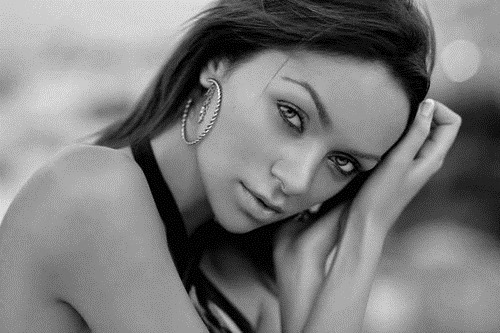 Lera Kondra is a Russian singer, actress and TV presenter.
Valeriya was born on May 27, 1985 in Moscow. She is the daughter of Olympic champion and volleyball coach Vladimir Kondra. In her childhood, Lera often moved from country to country with her parents.
In 2009, she graduated from the Peoples’ Friendship University.
The girl worked as a journalist on the Zvezda television channel. Then she decided to work for Ren TV channel and was a presenter of the program I Am a Traveler.
After a while, the producers of the Muz TV invited Lera to work for their channel. There she was destined to get acquainted with the director of the music video for Irakli’s song Take a Step. He was fascinated by the girl and invited her to play in the music video.
By the way, in 2010, Lera debuted as a singer.
END_OF_DOCUMENT_TOKEN_TO_BE_REPLACED 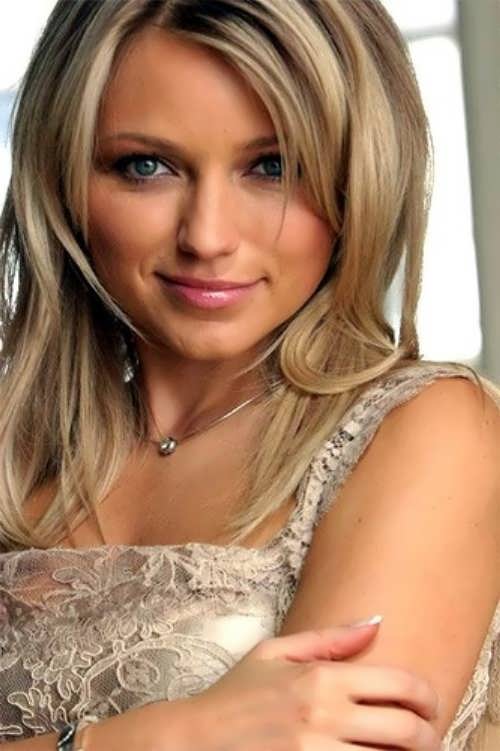 Inna Malikova is a Russian singer, actress, television personality, producer, and lead singer of the band NEW Samotsvety.
Pretty girl was born on January 1, 1977 in Moscow. Her father Yuri Malikov is a musician, composer, founder and head of VIA Samotsvety. And her mother Lyudmila is a former dancer, the soloist of the Moscow Music Hall. Now she is a director of Dmitry Malikov’s concert band.
In 1993, the girl recorded her first song The Celebration Of The Summer. Her brother Dmitry gave this song to her as a birthday present on the 16-year anniversary. With this song Inna took part in such television projects as the Morning Star and Under the Sign of the Zodiac. At the same time, Inna’s music videos for the songs I Do Not Want To Be Serious, Who Was Right were filmed.
In 2002 the singer cooperated with Liz-media Group agency, found composers Eugene Kuritsin, Paul Yesenen, Sergei Nizovtsev. Oleg Gusev made a music video for her new song in 2003. After a while George Toidze made a music video for the song Coffee And Chocolate.
END_OF_DOCUMENT_TOKEN_TO_BE_REPLACED 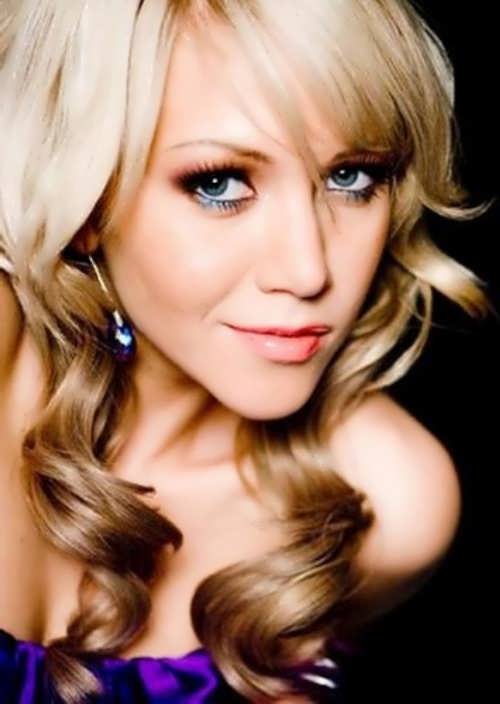 Lena Terleeva is a Russian pop singer, songwriter and composer, finalist of the TV project Star Factory 2. By the way, she is the winner of the Song of the Year and the Golden Gramophone Music Award.
Pretty girl was born on March 6, 1985 in Surgut, RSFSR. Her father is a former military man, and her mother is a music teacher.
At the age of 15 the girl was invited to the television project Morning Star where she became a winner. In 2001 she went to Moscow. Two years later, talented girl participated in the musical reality show Star Factory-2 and took the second place.
Later, in 2005, Terleeva received The Golden Voice of Russia award by the Moscow government.
In the same year Elena graduated from the Institute of Contemporary Art.
You know, she became the winner of song festival New Songs About The Main as the author of the song Between Me And You in 2006.
END_OF_DOCUMENT_TOKEN_TO_BE_REPLACED 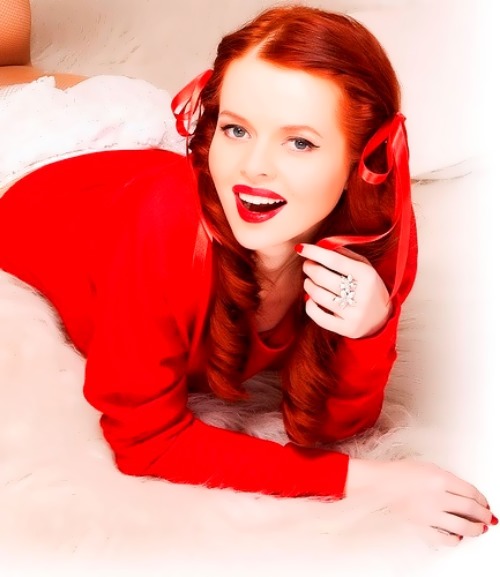 Lena Knyazeva is a Russian actress and singer. Her stage name is BELKA. She became a finalist of the contest 5 Stars. It is noteworthy that Yana Rudkovskaya agreed to become the producer of Lena.
Pretty girl was born on April 28, 1986 in Udmurtia. Elena spent her childhood in Izhevsk. But when she was 4 years old, the family moved to Dimitrovgrad, not far from Ulyanovsk. Her mother headed the department of urban construction, and her father worked at the Research Institute of Nuclear Reactors.
As a child Lena studied music, wrote stories and fairy tales. She was engaged in ballet and rhythmic gymnastics.
After school Knyazeva entered the Moscow State University. Simultaneously, the girl sang and attended the school of acting.
The creative biography of Elena began with the song Without Screaming. The composition can be heard in the popular youth TV series Club. By the way, the girl played the main role in this TV series – the daughter of an oligarch.
END_OF_DOCUMENT_TOKEN_TO_BE_REPLACED
Page 19 of 38« First«...10...1718192021...30...»Last »