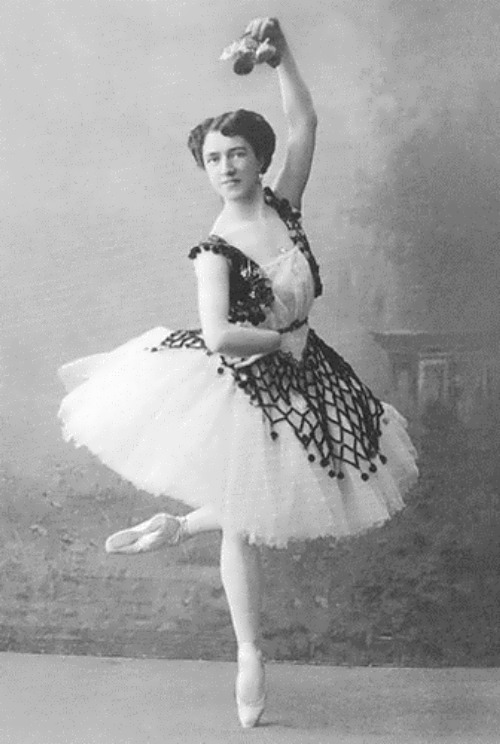 Agrippina Vaganova was a legendary Russian ballet dancer, choreographer and teacher. You know, she became the first professor of choreography in the USSR. Awesome woman created her own teaching method, known as Vaganova method or Vaganova system, which became the basis of world ballet pedagogy. And her students are known and popular all over the world. By the way, her book Fundamentals of the Classical Dance, published in 1934, remains a standard textbook for the instruction of ballet technique. It was translated into many languages.
Pretty girl was born on July 6, 1879 in St. Petersburg. She was the youngest of three daughters. Her father, Akop Vaganov, served as a non-commissioned officer in Astrakhan, and then moved to the capital. In St. Petersburg, he worked as a chaplain at the Mariinsky Theater.
Since childhood the girl dreamed of dancing. When she was 10 years old, she entered the St. Petersburg Theater School. Thanks to years of hard work, she was one of the best.
In 1897 Agrippina graduated from the Imperial Ballet School and in the same year she joined the Mariinsky corps de ballet.
END_OF_DOCUMENT_TOKEN_TO_BE_REPLACED 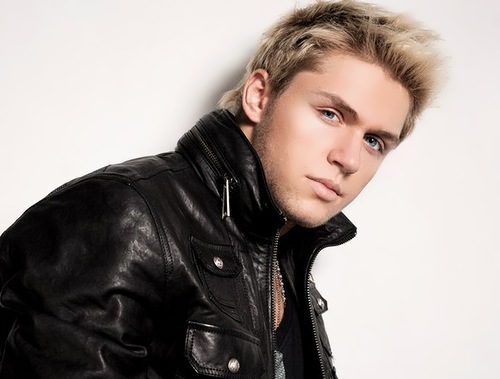 Vlad Sokolovsky is a Russian singer, songwriter and dancer. You know, he danced in show-ballet Todes, sang in the band BiS. Now he is a solo artist, who works in R&B and euro-pop styles.
Vsevolod (his real name) was born on September 24, 1991 in Moscow. His father Andrei Alexandrovich is a popular choreographer, and his mother Irina Vsevolodovna is Honored Artist of Russia, director. The boy has sister Darina Serbina.
Since childhood Vsevolod was engaged in choreography and singing. In 1997 the little boy starred in the episode of the movie Afyory, Muzyka, Lyubov.
Together with Russian singer Philip Kirkorov Vlad performed the hit My Bunny when the boy was only three years old. And in 1996, he sang this song in the TV project Morning Star. In 2012 Vlad sang the same song in the program Property of the Republic with singer Nyusha.
By the way, in 2002 and 2004 Sokolovsky took part in a musical circus show Fairy Journey.
Also Vlad played in the musical based on Sergei Mikhalkov’s story Celebration of Disobedience in 2004.
Besides, Vlad regularly performed with the band X-Mission, took part in the filming of their music videos.
END_OF_DOCUMENT_TOKEN_TO_BE_REPLACED 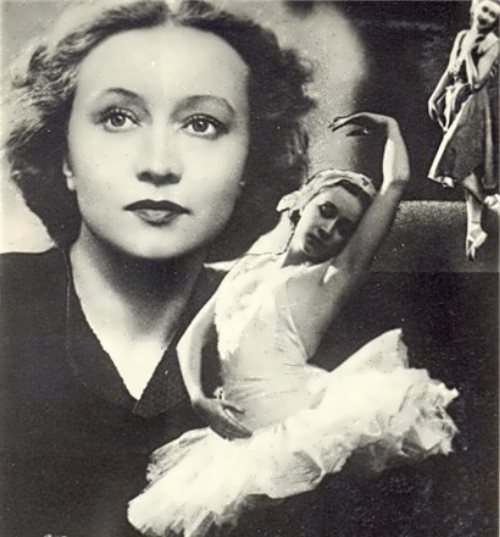 “She was an angel and she danced like one”, said Maya Plisetskaya.

Galina Ulanova was one of the greatest ballerinas of the 20th century. She was a muse of dance.
Pretty girl was born on January 8, 1910 into a family of renowned Mariinsky Ballet dancer, Sergey Ulanov. You know, Galina’s first teacher was her mother, great dancer Maria Romanova.
At first little girl didn’t want to study ballet. She was fond of swimming and fishing, and dreamed of becoming a sailor.
However, the carefree childhood came to an end when Galina was nine years old. The girl entered the Petrograd Choreographic School. Initially she was taught by her mother and then icon of the Russian ballet Agrippina Vaganova became her teacher.
In 1922, when Slava Zakharov and Galya Ulanova danced the mazurka among other pupils of the Leningrad Choreographic School, no one could guess that the girl would be a great dancer and the boy would be a famous choreographer…
END_OF_DOCUMENT_TOKEN_TO_BE_REPLACED 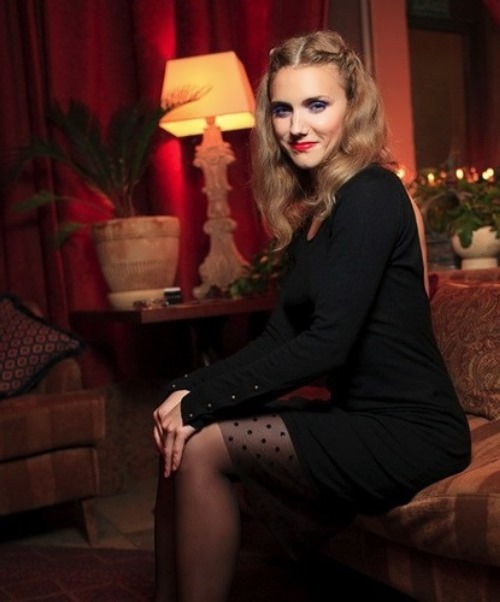 Irina Toneva is a Russian singer, member of the group Fabrika, which was formed after TV project Star factory 1.
Pretty girl was born on June 27, 1977 in Krasnoznamensk, Moscow region. Ira studied at music school, was engaged in ballroom and sports dances.
In 1999, she graduated from the Moscow State University of Design and Technology.
After graduating from university Toneva worked at the tannery in Kuntsevo. But the world of music did not let Irina go. So the girl graduated from the famous Gnessin Russian Academy of Music. The opportunity to sing and perform on stage she received in a military orchestra, where she was chosen as a soloist. Toneva’s mentor, who gave her a ticket to the world of show business, was the head of the orchestra and songwriter Roman Gutsoluk.
Despite the success on the stage, Toneva still worked as a chemist-technologist.
In the fall of 2002 Irina took part in the TV show Star Factory. You know, Irina became popular after the song You See (Ponimaesh), which she sang together with Pavel Artemyev.
END_OF_DOCUMENT_TOKEN_TO_BE_REPLACED 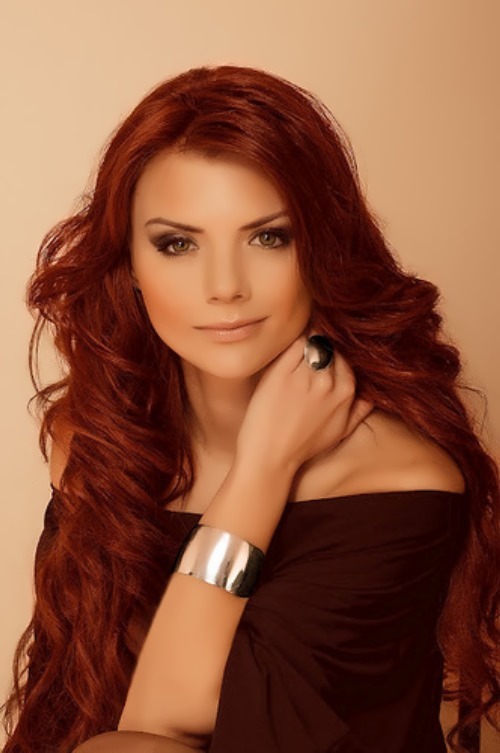 Lesya Yaroslavskaya is a Russian singer, who became famous after participating in the project Star Factory 3. From 2004 to 2012 she was a soloist of the group Tutsi and then began her solo career. By the way, Lesya is an author and performer of her own songs.
Pretty girl was born on March 20, 1981 in Severomorsk, Murmansk region. You know, Lesya began to sing at the age of four with her mother, who was a vocal teacher. In 1988, the girl and her parents moved to Naro-Fominsk in the Moscow region. Yaroslavskaya has younger sister Maria.
After graduating from the Music School she entered the Moscow School of Art.
Moreover, Lesya is a winner of many contests, Golden Microphone (1998, 2000), Young Talents (1995), TV-competition Victoria (RTR 1998), Moscow International Festival of the army song Vivat Victory.
Besides, the singer took part in the TV project Star Factory 3. After this project Lesya, Irina Ortman, Anastasia Krainova, Maria Weber got into the pop group Tutsi. The group disbanded in 2012 and the participants began their solo careers.
END_OF_DOCUMENT_TOKEN_TO_BE_REPLACED 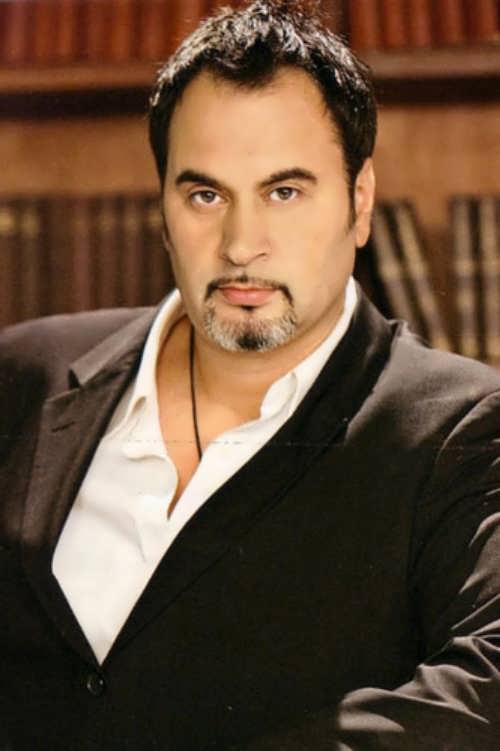 Valeriy Meladze is a Soviet and Russian singer, TV presenter and producer of Georgian origin. You know, he is one of the most famous pop singers and has a large number of prestigious awards and prizes. By the way, he is Honored Artist of Russia (2006), People’s Artist of the Chechen Republic (2008), member of the International Union of pop art.
The boy was born on June 23, 1965 in Batumi, Georgian SSR, USSR. He is the younger brother of composer and producer Konstantin Meladze. At first Valeriy lived in Batumi, where he graduated from music school. In addition to music, Meladze liked sports: he played football well, was fond of swimming. After school, he tried to get a job at the plant, but soon realized that he wanted to achieve more. So, Valery went to Ukraine and entered the Nikolayev Shipbuilding Institute. Nikolayev was a city that played a special role in the fate of Valery. There he met a woman who later became his wife.
In 1989, Valery and his brother joined the group Dialogue.
END_OF_DOCUMENT_TOKEN_TO_BE_REPLACED 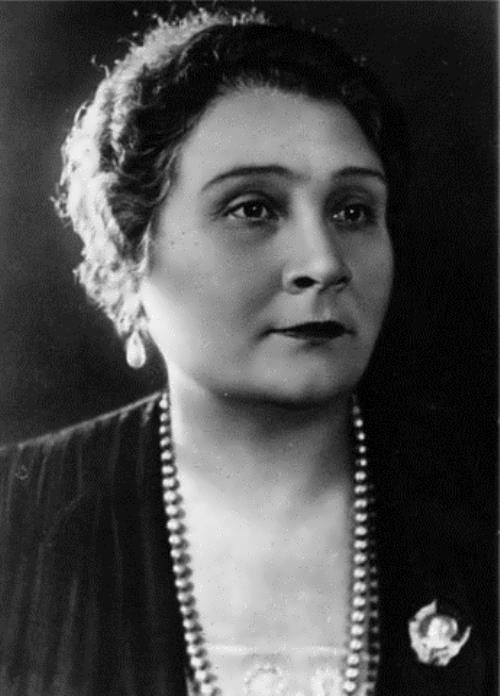 Nadezhda Obukhova was a Soviet and Russian opera singer (mezzo-soprano), Stalin Prize winner (1943), People’s Artist of the USSR (1937). By the way, she was the soloist of the Bolshoi Theater, one of the best opera voices in the history of Russia and the world.
Pretty girl was born on February 22 (6 March), 1886 in Moscow. You know, Obukhova came from a noble family. Two of her uncles were professional singers, one of whom was the opera director of the Bolshoi Theatre. Her grandfather Adrian Mazaraki was a noted pianist, and her great-grandfather Yevgeny Baratynsky was a poet of Pushkin circle. The girl had a sister and a brother. When little Nadya was two years old, her mother died. To tell the truth, her sister Anna also became a singer.
A happy life in a rich estate, Russian nature, music lessons – all this was interrupted unexpectedly and quite dramatically. The girl fell ill with tuberculosis. Mazuraki sent his grandson to school in Voronezh, took his granddaughters and went to Nice. The bright nature of the Italian and French Riviera became native to Obukhova forever. It gave her life, a lot of musical and life experiences, which formed her personality. There sisters studied French and Italian, singing, Russian history and literature.
END_OF_DOCUMENT_TOKEN_TO_BE_REPLACED
Page 13 of 38« First«...1112131415...2030...»Last »