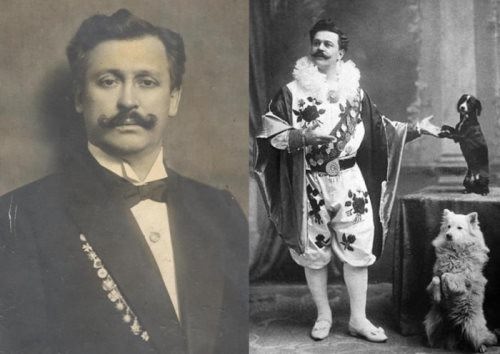 Durov is a famous surname in the history of Russia. The representatives of this dynasty are popular actors and circus performers. You know, Nadezhda Durova, the heroine of the war of 1812, the legendary cavalry-girl, is among the ancestors of the glorious dynasty. By the way, she was Kutuzov’s adjutant during the Patriotic War. After the war she even turned her house into a small menagerie. Nadezhda took the abandoned and sick animals that she met on her way. Her descendants were fond of animals too.
For many years Vladimir Durov’s name was on the hoardings of Russia and many other countries. He was a popular circus performer whose bold wit always drew applause and laughter. Actually, he used to call himself a clown, or jester, but in fact he was a deep thinker, an accomplished musician and sculptor, and the author of many interesting books for children. What is more, Vladimir had an immense knowledge of animal psychology and wrote a number of serious works on the subject which won wide acclaim from scientists abroad.
END_OF_DOCUMENT_TOKEN_TO_BE_REPLACED 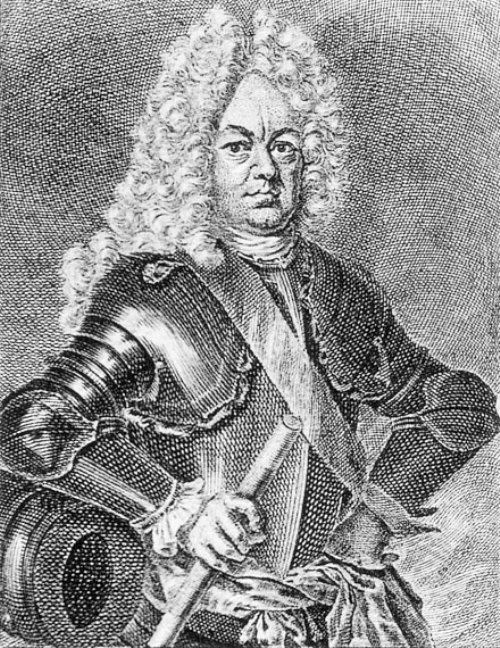 Pre-Petrine Russia seemed to the Europeans a transcendent mysterious kingdom, and few people risked moving there without extreme need. Jacob Bruce had such a need: in the middle of the 17th century he took the family away from the fire of the English revolution to the unknown Muscovy. Jacob, his son and then grandsons served honestly the Russian rulers.
Jacob Bruce and others supported Peter in confrontation with the princess Sophia and then continued to serve the young ruler. Jacob took part in many military campaigns from Azov to the Prut River. While they were sailing to Azov, he made a map of the territories from Moscow to Asia Minor, later printed in Amsterdam.
END_OF_DOCUMENT_TOKEN_TO_BE_REPLACED

Demyan Bedny was a Russian Soviet writer, poet, publicist and public figure. He was a member of the RSDLP (Russian Social Democratic Labour Party) since 1912. In 1938 Demyan was expelled from the party and restored to party membership posthumously in 1956.
Demyan Bedny (his real name was Efim Alekseevich Pridvorov) was born on April 13, 1883 in Gubovka, Kherson Province. The boy was born into a peasant family.
In 1896-1900 he studied at the Kiev military paramedic school, in 1904-1908 at the philological faculty of the St. Petersburg University. His first poems were published in 1899. As a pseudonym (Bedny means Poor), he took the village nickname of his uncle, a public accuser and an atheist.
END_OF_DOCUMENT_TOKEN_TO_BE_REPLACED 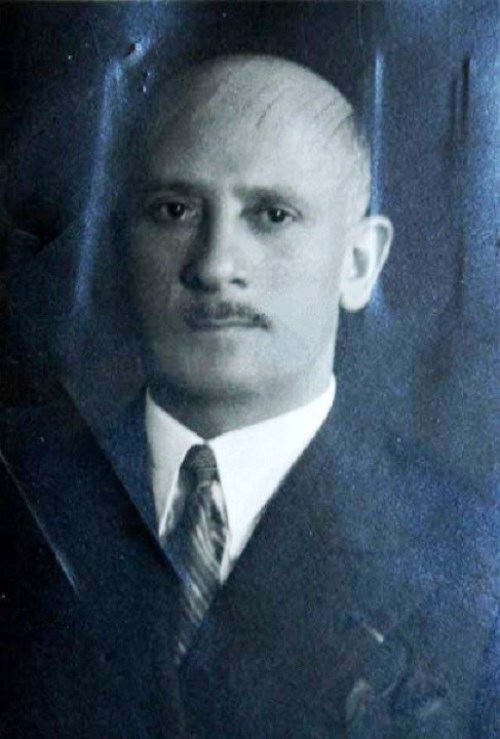 Zinovy Peshkov was a General of the French Army. By the way, he received 50 government awards. He was an elder brother of Ya. M. Sverdlov and godson of Maxim Gorky. You know, Zinovy spoke seven foreign languages, including Arabic, Chinese and Japanese.
Zinovy Alekseevich Peshkov was born on October 16, 1884 in Nizhny Novgorod.
Maxim Gorky (Alexei Peshkov), who lived in those years in Nizhny Novgorod, often came to the Sverdlovs. In 1901, Zinovy along with Maxim Gorky was arrested on charges of using a mimeograph for the purposes of revolutionary propaganda. In 1902, Zinovy left for Arzamas, where Maxim Gorky lived in exile at that time, and took part in the reading of his new play At the Bottom. Besides, Zinovy tried to enter the Imperial Philharmonic School in Moscow, but he was not enlisted as a Jew.
END_OF_DOCUMENT_TOKEN_TO_BE_REPLACED

Valery Chkalov was a Soviet test pilot, brigade commander (1938), Hero of the Soviet Union (1936). First of all, he was the commander of the crew, who managed to make the first flight over the North Pole on the plane without making a landing. This happened in 1937 and Valery flew from Moscow (USSR) to Vancouver (USA).
The boy was born on January 20, 1904 in one of the villages of Nizhny Novgorod province. Today the village where the pilot was born is city Chkalovsk. His father worked as a boilermaker in state shops. And his mother died when the boy was six years old. The boy had excellent memory and good mathematical abilities, was a good swimmer. The father sent him to study at technical school in 1916. However, because of the financial difficulties and shortage of teachers, the school was closed in 1918. Valery returned home and began working with his father.
In 1919, Valery Chkalov saw the plane for the first time and aviation became his dream. He left for Nizhny Novgorod, where he met a fellow villager Vladimir Frolishchev, who worked in an aviation park. On his advice Valery joined the Red Army and began to work as a pupil of an aircraft fitter.
END_OF_DOCUMENT_TOKEN_TO_BE_REPLACED

Nikolai Karamzin is a historian, the largest Russian writer of the epoch of sentimentalism. He is called Russian Stern. You know, he is an author of History of the Russian State (volumes 1-12, 1803-1826). Also he was an editor of the Moscow Journal (1791-1792) and The Herald of Europe (1802-1803).
Nikolai Mikhailovich Karamzin was born on December 1, 1766 near Simbirsk. His father was retired captain Mikhail Egorovich Karamzin. In 1778 the boy was sent to Moscow to continue his studies.
At the insistence of his father Nikolai enlisted in the Preobrazhensky Guards Regiment in 1783, but soon retired. Later he lived for some time in Simbirsk, and then in Moscow. During his stay in Simbirsk he joined the Masonic Lodge Golden Crown, and after his arrival in Moscow he was a member of the Friendly Academic Society for four years (1785-1789).
In Moscow, Karamzin participated in the publication of the first Russian magazine for children – Children’s Reading for the Heart and Mind.
END_OF_DOCUMENT_TOKEN_TO_BE_REPLACED

Alexander Ostrovsky was a Russian playwright, whose work became the most important stage in the development of the Russian national theater. By the way, he was a corresponding member of the St. Petersburg Academy of Sciences.
The boy was born on March 31 (April 12), 1823 in Moscow. His father Nikolai Fedorovich was the son of a priest, and graduated from the Kostroma seminary, then from the Moscow Theological Academy. However, he didn’t become a priest, but a collegiate assessor, and in 1839 he received the nobility. His mother Lyubov Ivanovna Savvina died when Alexander was nine years old. There were eight children in the family, four of them died in infancy. Thanks to the position of Nikolai Fedorovich, the family lived in prosperity, and great attention was paid to the education of children. Five years after his mother’s death, Alexander’s father married Baroness Emilia Andreevna von Tessin, the daughter of a Swedish nobleman.
Thanks to his father’s large library, the boy became interested in literature. To tell the truth, the father wanted his son to be a lawyer. In 1835, Ostrovsky entered the third class of the 1st Moscow Gubernia Gymnasium, after which, in 1840, he became a student of the law faculty of the Moscow University. But he failed to finish the university. Then he worked in Moscow courts until 1850. By 1846 Ostrovsky had already written many scenes from the merchant’s life and began to write the comedy The Bankrupt.
END_OF_DOCUMENT_TOKEN_TO_BE_REPLACED
Page 2 of 31«12345...102030...»Last »