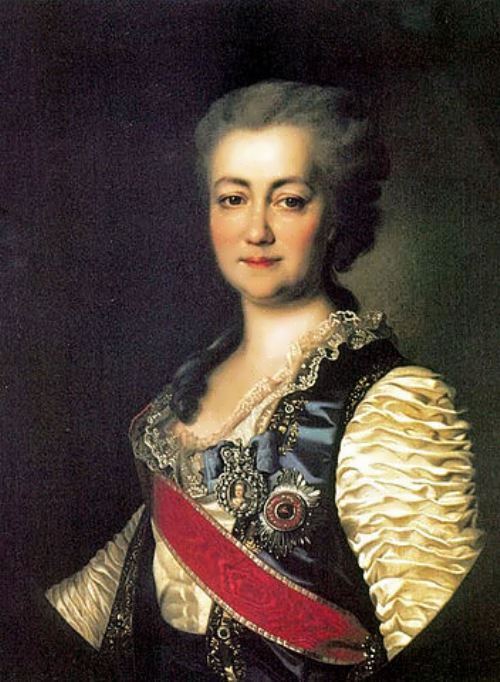 Princess Ekaterina Romanovna Dashkova was one of the most educated women of her time. It was a unique case in world practice, when a woman was the head of two Academies of Sciences (St. Petersburg and Moscow) for about eleven years. By the way, she took an active part in the overthrow of Peter III (an ardent follower of Prussia who did not like Russia). As a result of the palace coup in 1762 Catherine II became the Empress of Russia.
Dashkova was born on March 17, 1743 into the family of Count Roman Illarionovich Vorontsov and was the third daughter. Her mother Marfa Surmina died when Katya was two years old. The godmothers of the little girl were Empress Elizabeth Petrovna and her nephew Peter, the future Peter III.
Even during the life of the mother, the elder daughters Mary and Elizabeth Vorontsova were maids of honor in the palace, and sons Alexander and Semyon worked in public office. The father gave his younger daughter Katya to his brother Mikhail Illarionovich, the great chancellor of the Empress Elizabeth. Katya was brought up with his daughter Anna. You know, at the age of 14 Ekaterina was able to speak four languages. Moreover, 15-year-old girl had a personal library of 900 volumes, mostly French philosophers and naturalists.
END_OF_DOCUMENT_TOKEN_TO_BE_REPLACED 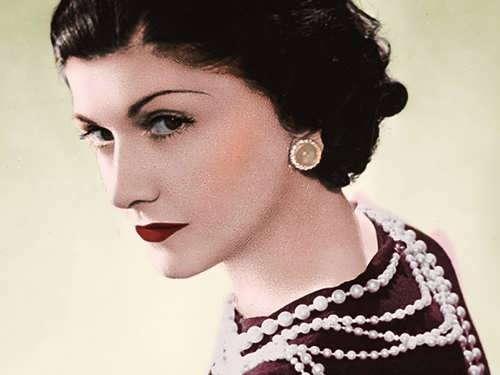 “I was just fascinated by the Russians. Their eternal “all is mine – this is yours” is simply intoxicating,” – confessed Coco Chanel (her real name was Gabrielle Bonheur Chanel). Let’s remember those Russian people who influenced the talent of the great designer.
Sergei Diaghilev brought Coco to the world of Russian Paris. Since then, on the street Cambon, where the House of Chanel was located, Russian speech could be heard. She met Diaghilev during the First World War. The premiere of The Rite of Spring by Igor Stravinsky ended with scandal. The audience did take neither innovative music nor choreography experiment. He decided to make a second attempt to stage the ballet, but he didn’t have money. Fortune smiled on him, Coco presented the choreographer with a check for a large sum of money and free costumes for several of his ballets. Until the end of her life Chanel repeated that Diaghilev was her main and only teacher, but admitted his heavy and sometimes insufferable character.
END_OF_DOCUMENT_TOKEN_TO_BE_REPLACED 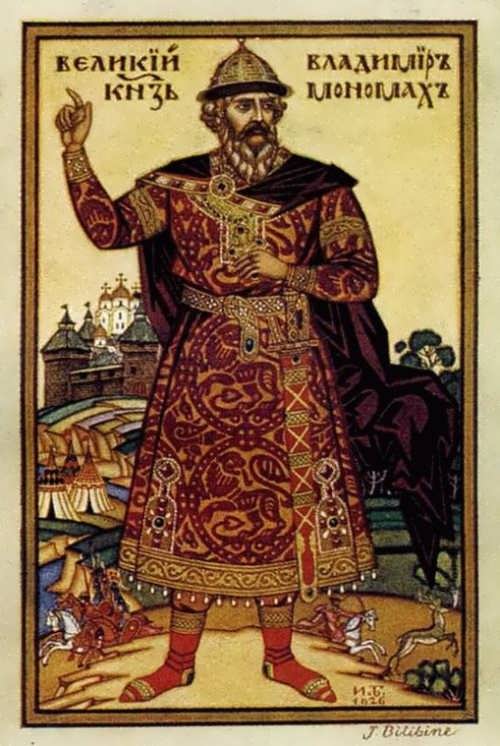 The years of the reign of Vladimir Monomakh are considered the happiest and blooming for Kievan Rus. Wise statesman was the governor of Smolensk, Chernigov, Pereyaslav princedoms and became the Grand Duke of Kiev. Talented commander and thinker wrote his name in the history of the Russian state in gold letters. The Instruction of Vladimir Monomakh is a secular and, at the same time, philosophical instruction to sons and future generations, and even today people admire the wisdom of this great man.
Vladimir Vsevolodovich was born in 1053. His father Vsevolod, the Prince of Pereyaslavl, was the son of Yaroslav the Wise, whose pedigree was first mentioned in The Tale of Bygone Years. His great grandfather died a year after the birth of his grandson. Vladimir’s mother was a close relative (probably a daughter) of the Byzantine emperor Constantine IX Monomakh.
The childhood and adolescence the future ruler of Kiev spent in Pereyaslav-Yuzhny. 13-year-old boy was taken by his father to the battlefield to understand military affairs. At the same age, he began to reign independently in the Rostov-Suzdal lands, acquiring the first experience of state administration.
END_OF_DOCUMENT_TOKEN_TO_BE_REPLACED

Most exotic colonies of the Russian Empire 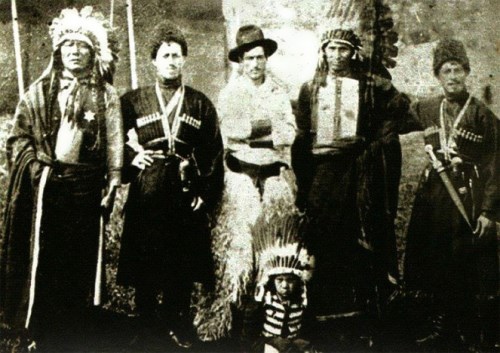 Most exotic colonies of the Russian Empire. Cossacks and Indians

Russian colonies were once in America and Africa, and at the present territory of Germany. There was New Moscow in Somalia and the River Don flowed in California. However, the big politics prevented Russian colonists.

Hawaii
In 1815 Russian-American Company (RAC), which controlled Alaska and Kamchatka, had made an agreement with the leader of the Hawaiian island of Kauai. According to the contract he and the population of the island came under the protection of Russia. Georg Anton Scheffer was a colony manager. In 1816-1817 three forts were built by the local people and they were named in honor of Alexander I, his wife Empress Elizabeth and Barclay de Tolly. Only remains of Elizabethan fortress’ stone foundation have survived. Hanapepe River was renamed the Don. Local leaders received Russian names (Platov, Vorontsov). Unfortunately, the central government didn’t appreciate the importance of the new acquisition.
END_OF_DOCUMENT_TOKEN_TO_BE_REPLACED 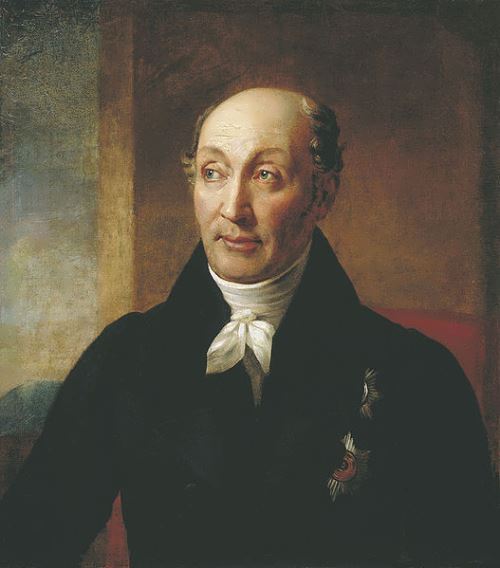 Count Mikhail Speransky was a Russian public figure, reformer, founder of the Russian legal science and theory of law. He created the Code of Laws of the Russian Empire. According to legend, after meeting him, Napoleon offered Alexander I to exchange him for “any kingdom”. Speransky was an Honorary member of the Imperial Academy of Sciences (since 1819), Honorary Member of the Imperial Russian Academy, and Prince Alexander II’s mentor.
Mikhail Speransky was born on January 1, 1772 in the village of Cherkutino, Vladimir province (now Sobinsky, Vladimir region). He was the eldest child in the family. Mikhail Mikhailovich was born into a clergyman’s family, so he did not receive a surname from his father. Speransky was named chosen by his uncle when the boy entered the Vladimir Theological Seminary. Even then, 8-year-old Mikhail showed outstanding abilities, and the surname, which comes from the Latin spero (i.e. hope), spoke of the hopes that the young seminarian gave.
The boy spent almost all of his time alone or with his grandfather Vasily, who gave the future statesman first information about the world and man’s place in it.
In 1780 the boy entered the Vladimir diocesan seminary where he showed the passionate love of reading and thinking, independence and strength of character, as well as ability to get along with everyone, good sense of humor and modesty. You know, he was the brightest student.
END_OF_DOCUMENT_TOKEN_TO_BE_REPLACED 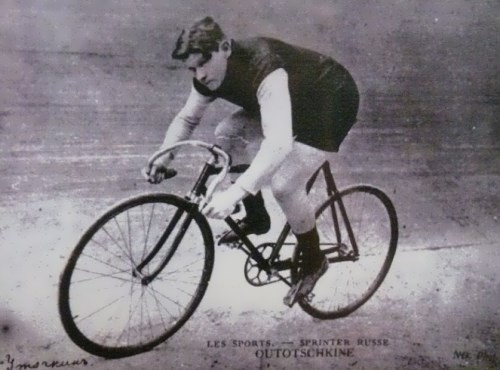 Best cyclist of the Russian Empire, a pioneer of aeronautics, yachtsman, boxer and footballer. Sergey Utochkin was a real Russian superman. His life was bright, but tragic.
The boy was born on July 12, 1876 into a family of Odessa merchant. His parents passed away, so the boy was raised up by foster carers. For some time he lived with Krause, school teacher, alcoholic and many children’s father. One day Krause hanged himself in the attic. His wife found a dead husband went mad with grief. She stabbed her own children. Utochkin was saved by a miracle. Obviously, that’s why Sergey was interested in extreme sports and put himself in mortal danger.
At the age of 15 Sergey left the Commercial College and decided to become an athlete. He began his career with cycling. For more than 15 years he remained unbeaten Russian cyclist. He became the champion of European competitions and constantly tried to expand the boundaries of what’s possible. You know, the man ran a race with the tram, competed with a racehorse, dived, did martial arts, skydove and became one of the most famous pilots of Tsarist Russia.
END_OF_DOCUMENT_TOKEN_TO_BE_REPLACED 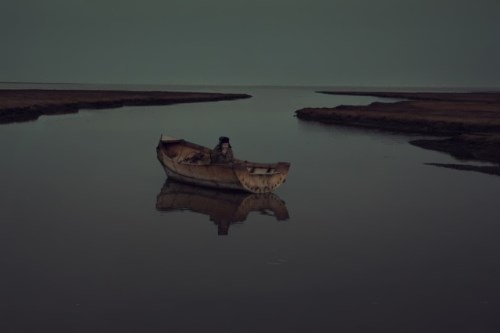 Vyacheslav Krotkiy is a polar explorer, a meteorologist who works at the North Pole. He is the loneliest person on our planet. The last thirty years he traveled on Arctic ships and sometimes stayed in Khodovarikha, the former village on the coast of the Barents Sea, which has become semi-abandoned lighthouse. In the village Vyacheslav regularly took meteorological measurements.
You know, Vyacheslav has a wife, but she lives far away from his main place of work – in Arkhangelsk. The man is 63 years old. He and his wife don’t have children.
END_OF_DOCUMENT_TOKEN_TO_BE_REPLACED
Page 10 of 31« First«...89101112...2030...»Last »