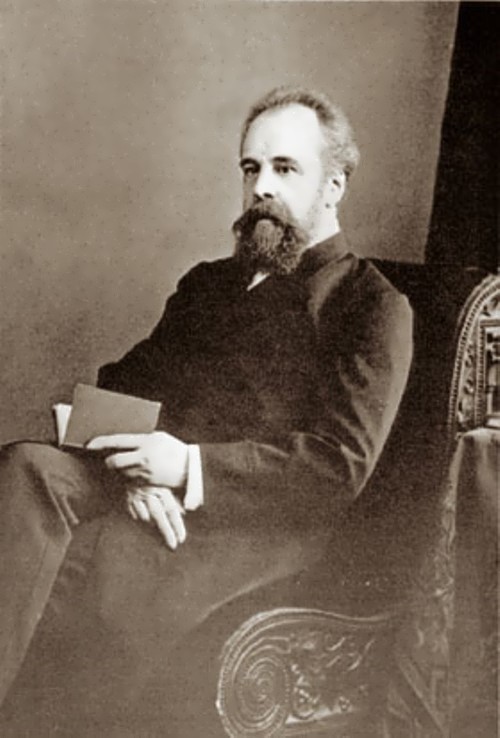 The world-famous Tretyakov Gallery is open to tourists all year round. However, not all visitors are familiar with the history of its creation, as well as the names of people, thanks to whom it appeared.
Pavel Tretyakov was born on December 27, 1832 in Moscow. The future collector was born into the family of a merchant. A very great influence on his life had a solid education, which Pavel and his brother received at home. From early childhood the brothers helped their father at work. The desire to help, and to expand the family business, was so strong that the young Tretyakovs became engaged in the production of paper. They became the owners of a paper mill with five thousand workers.
Pavel Mikhailovich was very kind, considerate, responsive. But at the same time, the simplicity and kindness of his heart were closely intertwined with real business acumen, the ability to highlight the main thing, perseverance. In addition to his main activity, Tretyakov was passionately fond of art. The young man decided to collect the best works of that era at all costs. Pavel Mikhailovich clearly understood the goals and the complexity of the work. It took him quite a lot of time. Since, in addition to his passion for art, Pavel and his brother were engaged in entrepreneurial activities, namely the management of the flax-spinning factory in Kostroma and the sale of paper and textiles.
END_OF_DOCUMENT_TOKEN_TO_BE_REPLACED 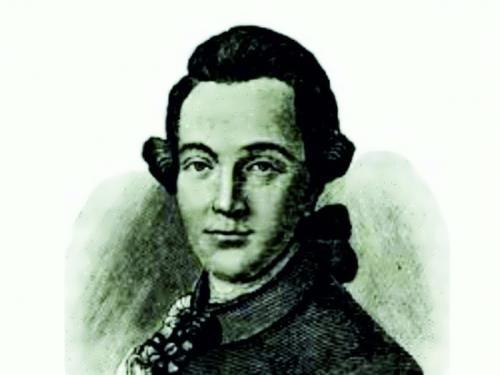 At the end of October 1812, the news of the terrible fire, that broke out in Moscow after the entry of the Napoleonic army, reached Ryazan. The idea that two-thirds of Moscow’s buildings were destroyed was especially unbearable for one of the capital’s refugees, because architect Matvey Kazakov invested all his talent in decorating Moscow with magnificent buildings in the style of classicism and Russian Gothic.
The boy was born in 1738 into a family of a serf, who rose to a significant clerical rank. Thanks to the merits of the father, the future architect Kazakov was admitted to the school of famous architect Dmitry Vasilievich Ukhtomsky in 1751. Dmitry Vasilievich had built many buildings in the era of Queen Elizabeth.
In addition to the magnificent art school, Kazakov acquired practical skills in the organization of construction, in the selection of materials and technologies. This became his distinctive quality. The architect became a staunch supporter of the organic classical style.
END_OF_DOCUMENT_TOKEN_TO_BE_REPLACED 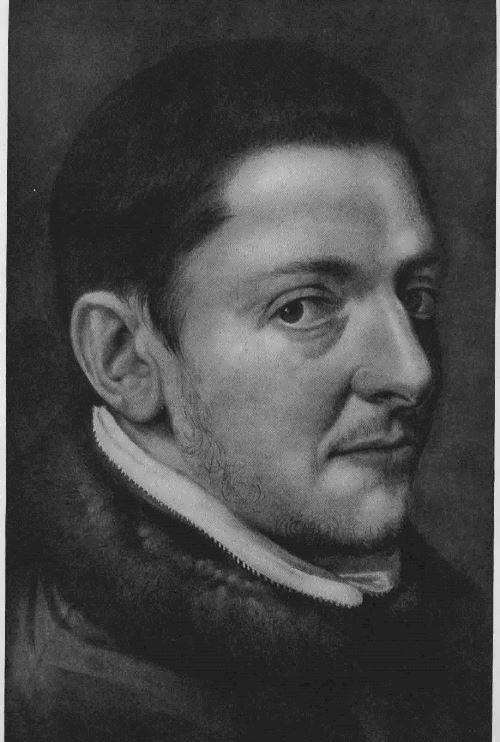 Anton Losenko was a Russian painter of Ukrainian origin. By the way, he was the founder of Russian historical painting.
Anton was born on July 30 (August 10), 1737 into a Cossack family in Glukhovo near Chernigov. In 1744 (after the death of his parents) the boy joined the court choir and was sent to St. Petersburg. Seven-year old Anton sang chants and new concerts at the court of Empress Elizabeth and played the flute. The talented boy also studied painting.
In 1753 Losenko lost his voice and became a student of famous painter Ivan Argunov. And in the next year his pictures were shown to the Empress Elizabeth. You know, Argunov showed his picture Tobias and the Angel and portrait of the court musician V. Stepanov. At the end of 1760 Anton went to Paris.
In December 1762 Losenko came to St. Petersburg and showed the picture The Miraculous Catch of Fish painted in Paris. The picture was bought for the Hermitage and Losenko was given permission to continue his studies in Paris.
END_OF_DOCUMENT_TOKEN_TO_BE_REPLACED 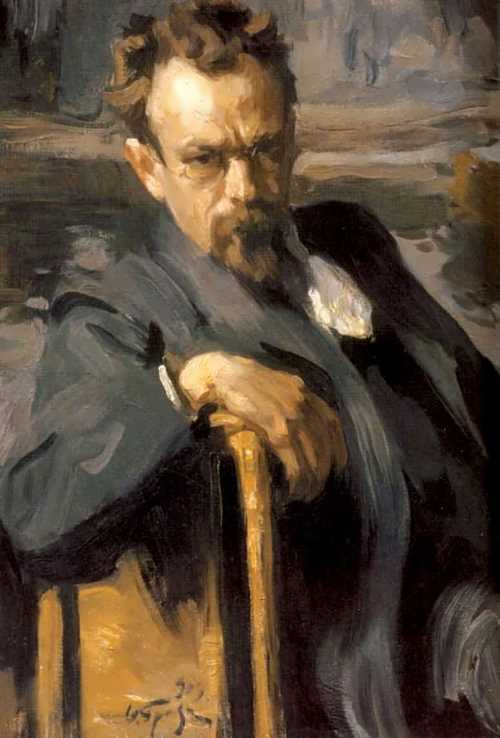 Sergey Ivanov was a Russian painter.
The boy was born on June 16, 1864 in Ruza, Moscow province into the family of an exciseman. You know, Sergey showed artistic ability already in his childhood. By the way, his father thought that there was no difference between painting and drawing and decided that his son should become an engineer. At the age of 11 Sergey entered the Konstantinovsky Institute of Land Surveying. However, the boy wanted to paint and at the age of 14 he entered the Moscow School of Painting, Sculpture and Architecture as an external student.
From 1882 to 1884, Ivanov studied at the St. Petersburg Academy of Arts. Then, he left the Academy and moved to Moscow. In 1883 he painted his first picture Blind Folk, which was created after his journey to the Volga area. To tell the truth, the artist was interested in the life of the peasants. In 1884, Sergey returned to the Moscow School of Painting, Sculpture and Architecture and graduated from it in 1885. During that time, he painted Patient (1884), Near The Tavern (1885), To The Landowner With A Request (1885), At The Prison (1884-1885), Agitator In The Train (1885). Also he began working on a series of pictures on resettlement (1885-1890).
END_OF_DOCUMENT_TOKEN_TO_BE_REPLACED 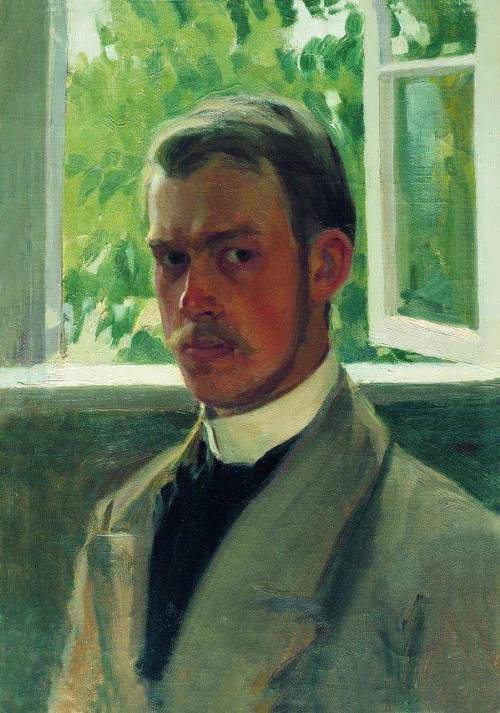 Boris Kustodiev. Self-portrait at the window, 1899

Boris Kustodiev was a talented genre-painter, master of psychological portraiture, book illustrator and stage-set artist. It is difficult to find another painter, so passionately in love with provincial Russia: original, bright, surprising.
Boris was born on March 7, 1878 in Astrakhan into a family of a school teacher. A number of researchers suggest that the surname Kustodiev comes from the Old Slavonic “custod” – the so-called guard, the church gatekeeper. Grandfather served as a deacon in one of the villages of the Samara province, the sons Stepan, Konstantin and Mikhail also followed in their father’s footsteps.
The future artist’s father died when the future artist was less than two years old and all financial and material burdens lay on his mother’s shoulders. In 1887 he visited an exhibition of peredvizhniki which made a tremendous impression on him. Despite financial difficulties his mother sent him to have lessons with a local artist and teacher A. Vlasov.
By the way, Boris Mikhailovich studied in the theological seminary. True, he did not demonstrate outstanding abilities, having made progress only in the iconography. Most of the time, the boy devoted his new hobbies – sculpture and carving.
END_OF_DOCUMENT_TOKEN_TO_BE_REPLACED 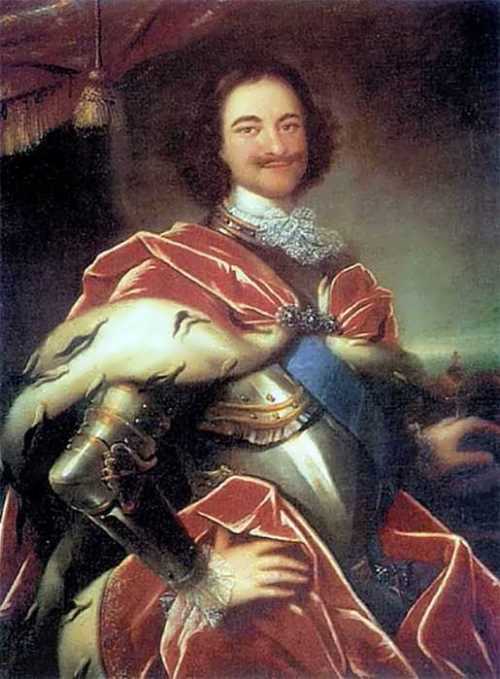 The reforms of the late XVII beginning of the XVIII century touched all the main spheres of life of the Russian people. They made significant changes to the traditional religious art, adding secular notes typical for Europe of the New Time. Peter I actively sent young specialists to study abroad. Ivan Nikitin was among them. Later he became the pride of the emperor and was recognized as the founder of the Russian portrait school of the 17th century.
Ivan Nikitin (circa 1690 – 1742) was a Russian painter, portraitist. Unfortunately, his life is poorly documented.
He was the son of priest Nikita Nikitin, who served in Izmailovo, brother of priest Herodion Nikitin later Archpriest at Archangel Cathedral in the Kremlin, and the painter Roman Nikitin. The boy received a good education: he could read and write Latin, knew grammar and learnt mathematics. By the way, he even taught arithmetic and drawing at the artillery school in Moscow. Ivan studied in Moscow, apparently, in the armory, possibly under the guidance of Dutchman Adriaan Schoonbeeck in the engraving workshop.
END_OF_DOCUMENT_TOKEN_TO_BE_REPLACED 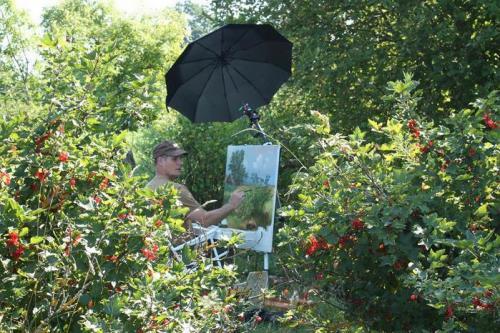 Russian painter Vladimir Zhdanov was born in Omsk in 1959. He currently lives in St. Petersburg. The artist works in technique of oil, watercolor, pastel. Vladimir paints the Siberian landscape, images of ancient Russian cities and royal residences, still-life, female and child portrait.
In 1980-1983 Zhdanov studied in the Omsk State University, department of graphic arts. Then he entered the Krasnoyarsk Institute of Arts. And in 1986 he studied at the Institute of Painting, Sculpture and Architecture in Leningrad.
END_OF_DOCUMENT_TOKEN_TO_BE_REPLACED
Page 8 of 26« First«...678910...20...»Last »