Nino Chavchavadze was called “the black rose of Tiflis”. This woman was mourning for 28 years after the death of her husband – Russian poet, diplomat and composer Alexander Griboyedov, the author of the immortal Woe from Wit.
The diplomat, writer and composer Alexander Griboyedov was 17 years older than Nino Chavchavadze. And he knew the girl from her childhood. Little Nino called the Russian diplomat Uncle Sandro. He often visited her father’s house. Alexander Chavchavadze was a Georgian poet and governor of several regions in Georgia. The friendship of two Alexanders was not accidental. Chavchavadze was one of the most educated people of his country and his time. Griboyedov showed himself as a unique personality.
In his youth, the future author of the play Woe from Wit studied at three faculties of the Moscow University. In addition, Griboyedov was an excellent musician: several works written by him, including two great waltzes, reached us.
Extraordinary abilities helped Alexander to become successful in his diplomatic career. In 1819, at the age of 24, Griboyedov liberated the Russian soldiers who were in Persian captivity. Since then he became a diplomat in Persia and quickly learned Persian.

However, Griboyedov disappointed in the East over the years. The mentality of the Persians seemed alien to him.
In general, Griboyedov was not very fervent, rather, he was tough and judicious. He wasn’t a ladies’ man at all. True, in his youth he took part in a duel because of the ballerina and even was wounded in the arm. But the duel was more a tribute to fashion than a defense of the honor of the object of passion.
True love came to him quite unexpectedly many years later. In 1828, he arrived in Tiflis once again. There he made a stop along the way to Tehran, where he was to occupy the post of the Russian envoy at the Shah’s court. He thought that a high position would not bring anything good and was depressed.
In this depressed mood Alexander Sergeyevich went for dinner with his Tiflis friend Akhverdova. There he saw charming fifteen-year-old girl Nino Chavchavadze. The same girl whom he had given piano lessons in her childhood. So, Alexander fell in love with the beautiful girl.
The Persian war of 1826-1828 culminated in the signing of the Turkmanchai Peace Treaty, in the development of the conditions of which Griboyedov took part.
Soon the lovers were married. The bride on the day of the wedding was not even sixteen years old. And yet that time was filled with bad omens: during the wedding Griboyedov, who suffered from fever that day, dropped the wedding ring. 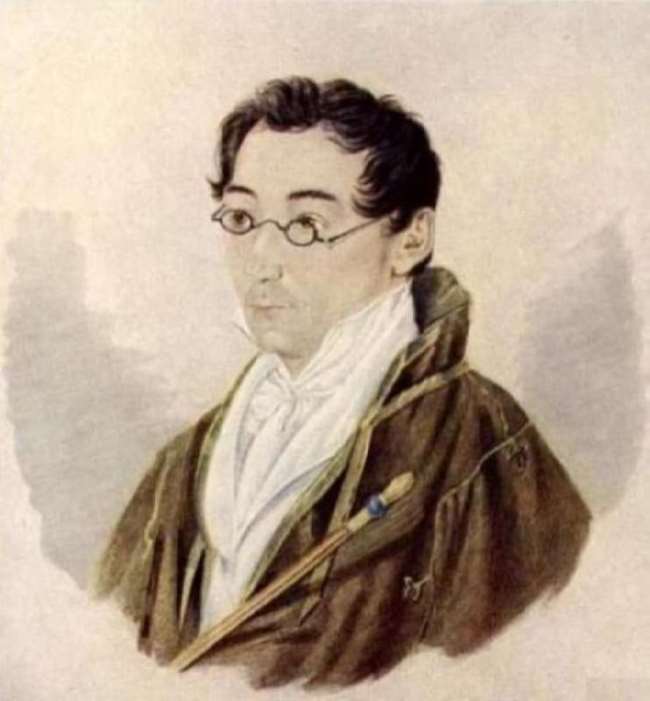 The young couple went to the place of service of her husband. Griboyedov was afraid to take his pregnant wife to Tehran. He left her in Tabriz, a city in northwestern Iran, where the Russian envoy had a residence. To tell the truth, he had no illusions about the situation in Persia, he was afraid to risk his wife and child.
The diplomat entered Tehran on the fifth day of Rajab. Superstitious Persians believed it was a bad sign: the sun that day stood in the constellation of Scorpio. That’s why they accepted the new diplomat extremely unfriendly … In addition, the messenger of the Russian Tsar came on a black horse. According to the old superstition, a rider on a black horse was supposed to bring death to Tehran, which did not add sympathy to the diplomat.
He understood that communication with the Persians required long negotiations, curtsy, patience, but the Petersburg politicians demanded quick decisions and offensive actions from the envoy. Griboyedov obeyed his superiors. He did not bow and did not give bribes to anyone. For this the Persians gave him the nickname Cruel Heart. 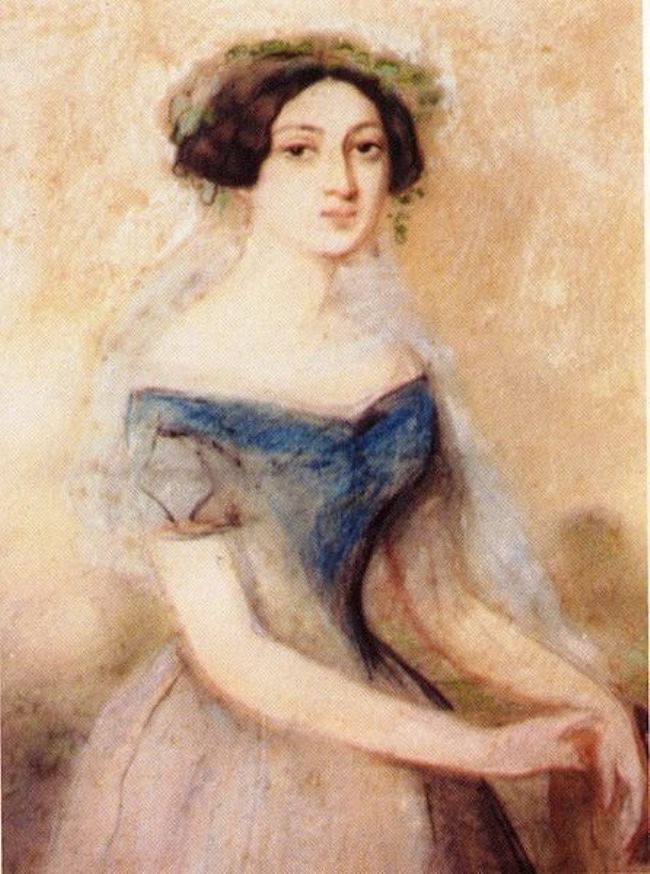 Alexander missed his young wife very much and wanted to leave the East as quickly as possible. In January 1829, Griboyedov was allowed to return to Russia. But it was already late. On January 30, 1829, a crowd of religious fanatics tore Griboyedov and another fifty people, among whom there were members of the Russian mission in Iran. Alexander Sergeyevich did not manage to escape from the pursuers in the underground passage. He died with the sword in his hands. The writer’s body was identified on the trail of a bullet in his hand…
The fact of her husband’s death was hidden from Nino for about two weeks. She was hardly persuaded to come to Tiflis. When the girl did find out that her Sandro was dead, she had premature births. The newborn boy lived for only an hour.
After the death of the child, Nino put on mourning. She was not yet seventeen years old. Nino died in 1857 at the age of 44. You know, she loved her husband until her last days.
Nino died of cholera, refusing to leave the city during the epidemic, because someone had to take care of sick relatives … The woman was buried next to her husband. Above the gravestone there is an inscription: “Your mind and deeds are immortal in Russian memory, but why did my love survive you?”. 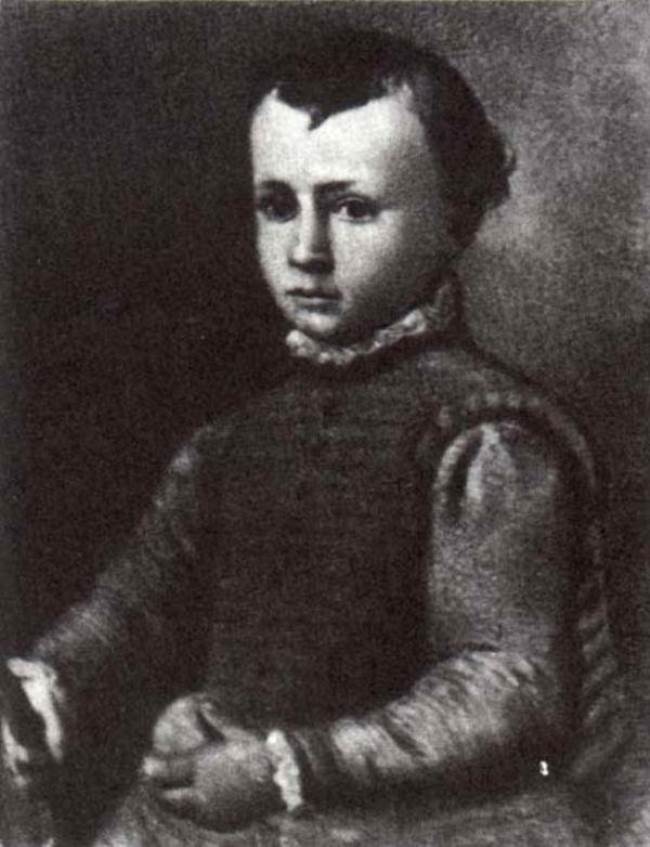 Little Sasha Griboyedov in his childhood 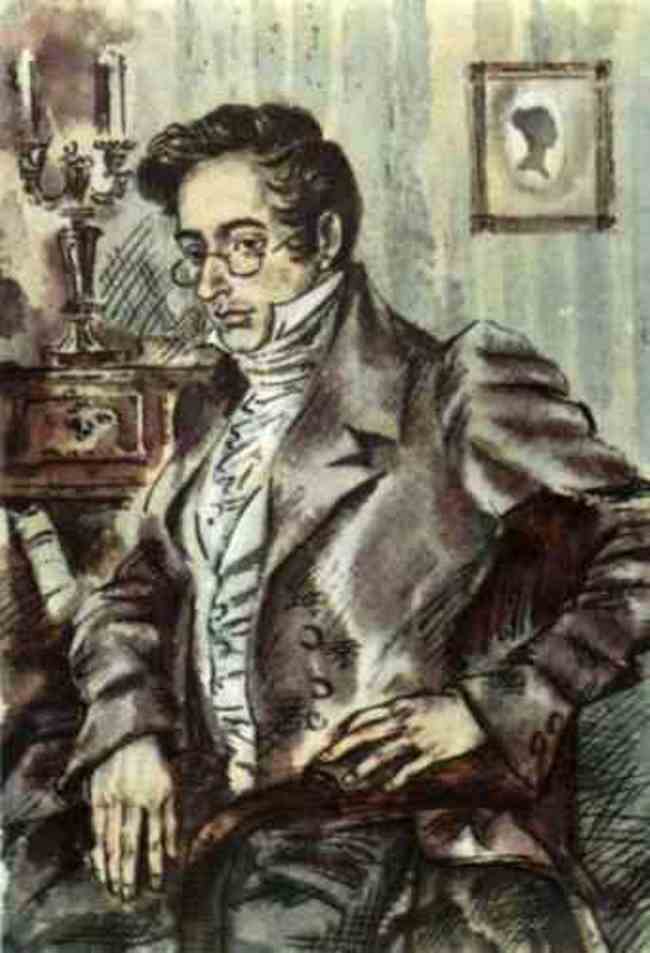 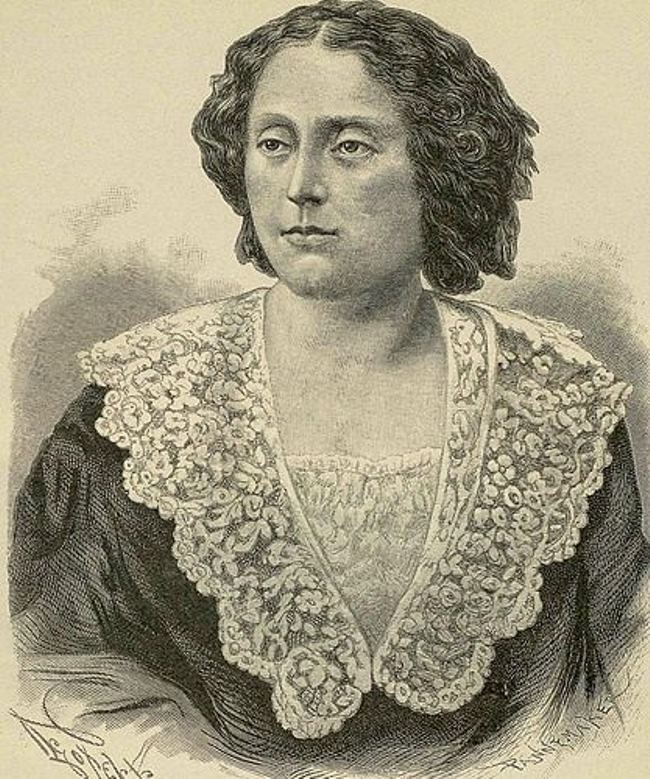 Engraving from the photo of Nino Chavchavadze, made in the year of her death 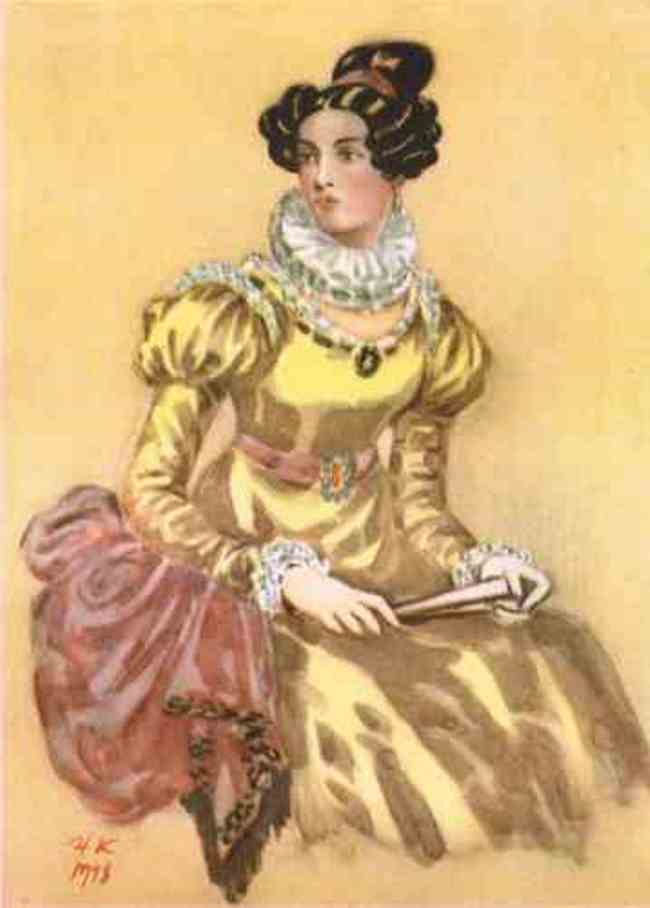 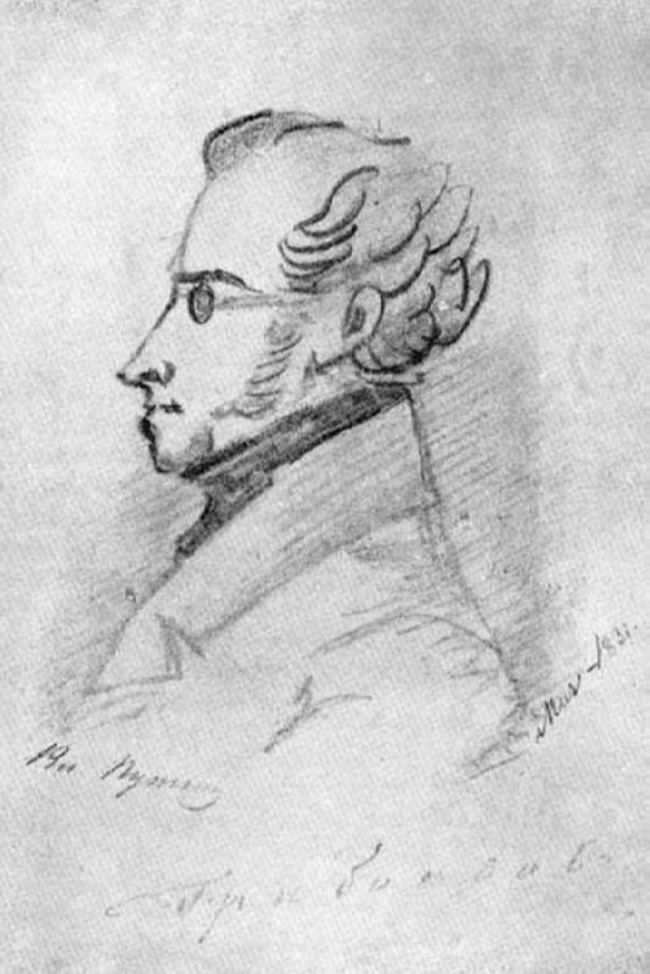 Griboyedov. Sketch of A. Pushkin 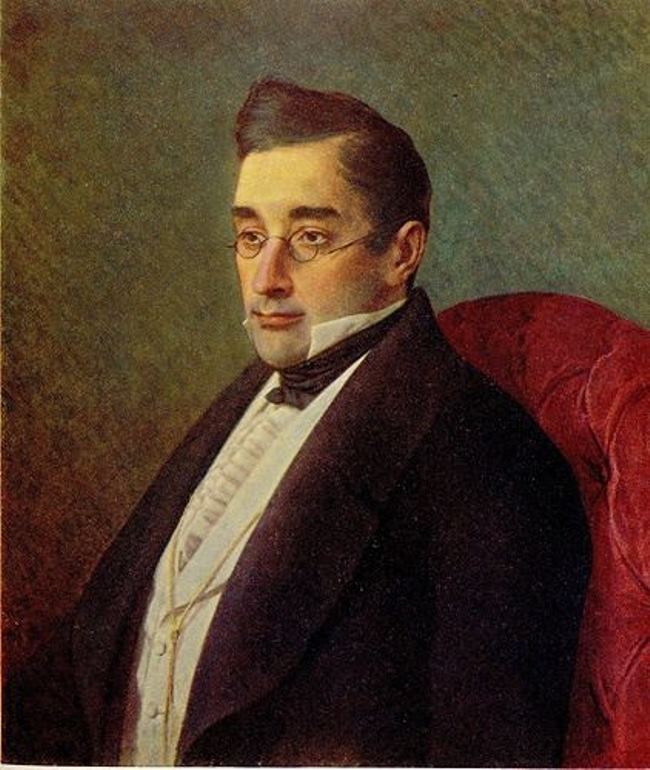 I. Kramskoy. Portrait of writer A. Griboedov 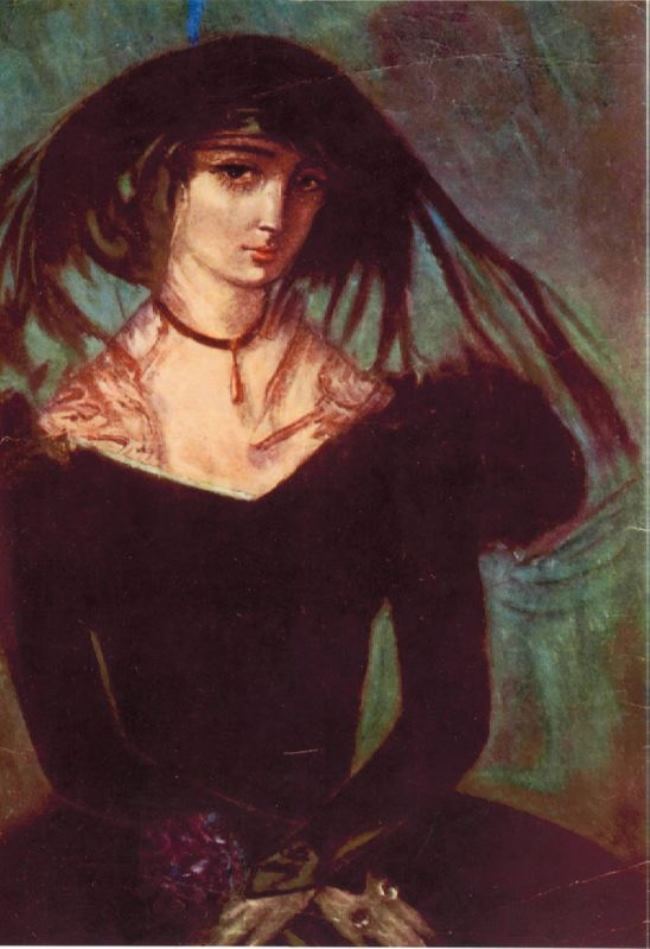 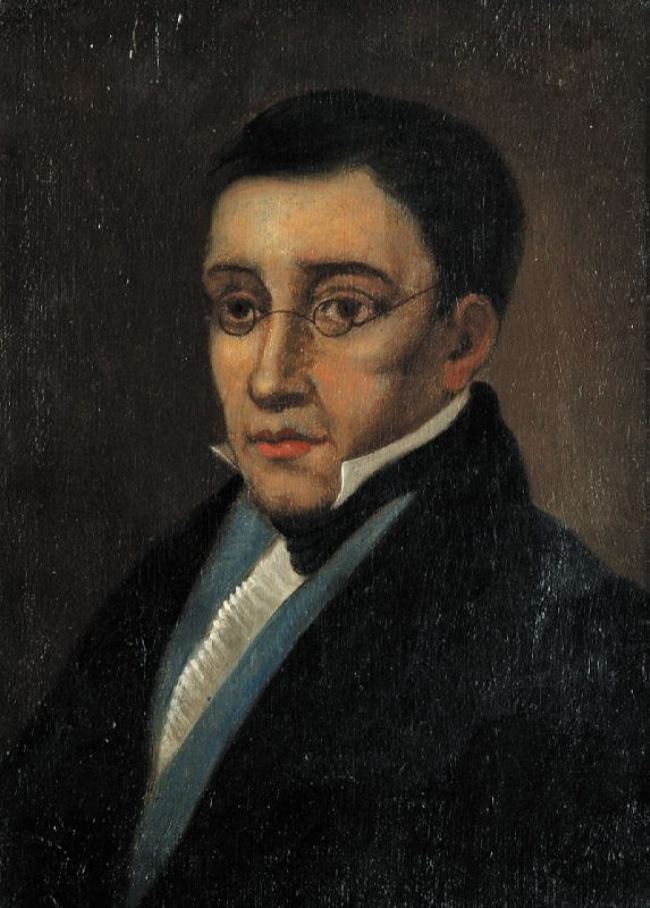 Portrait of A. Griboyedov 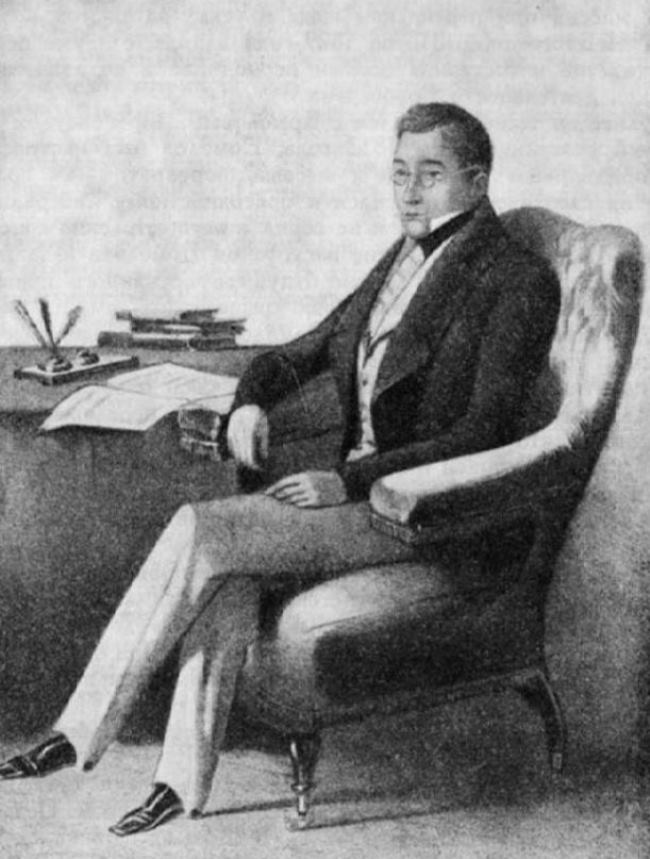 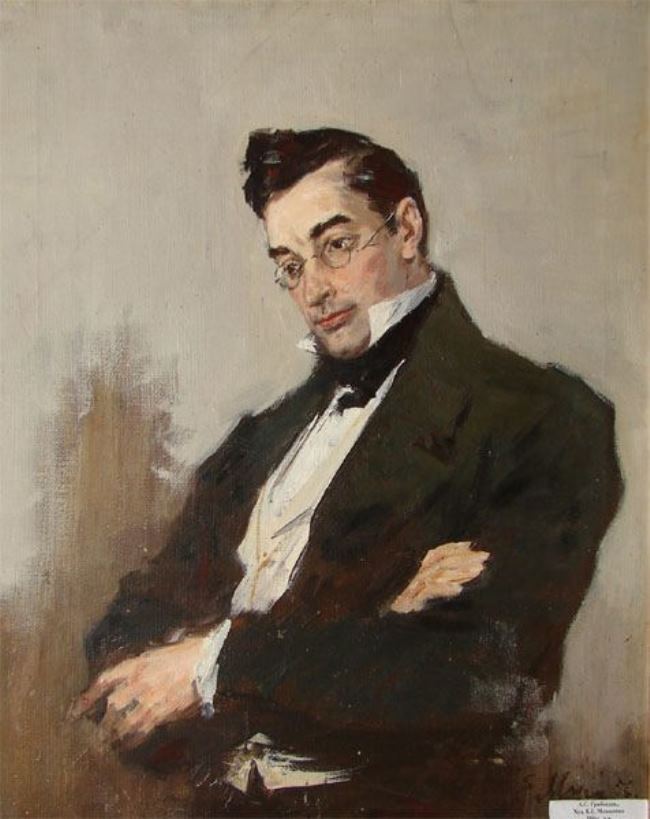 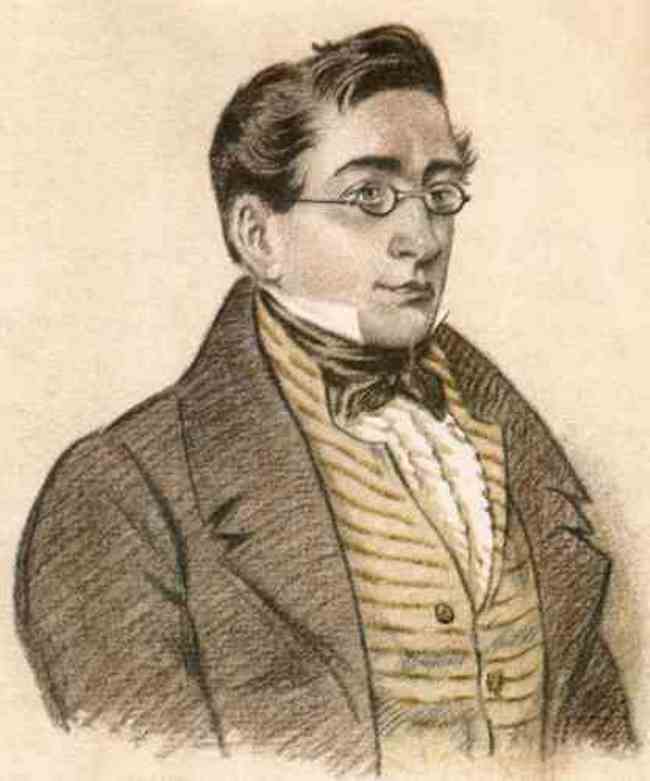 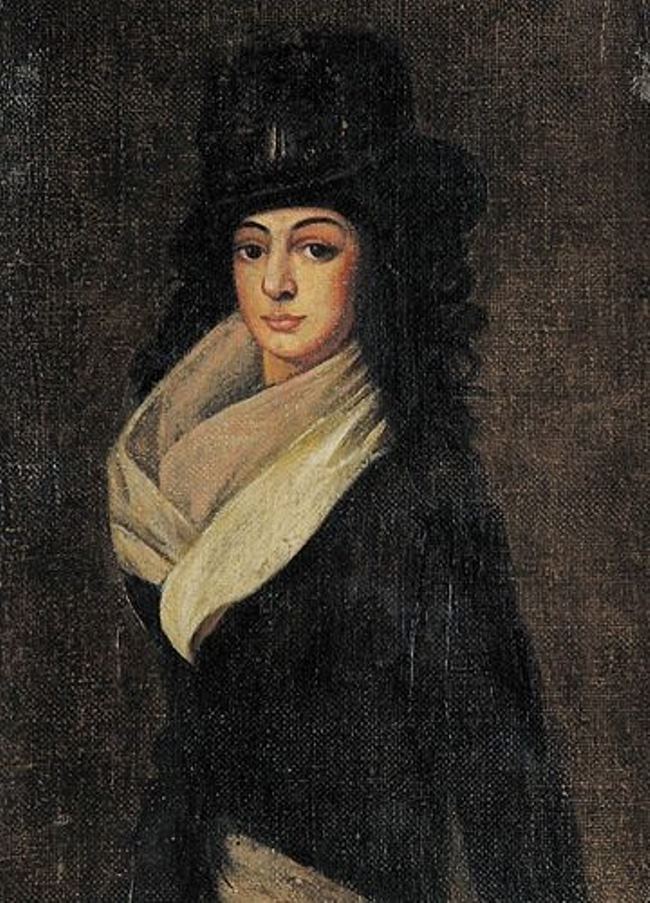 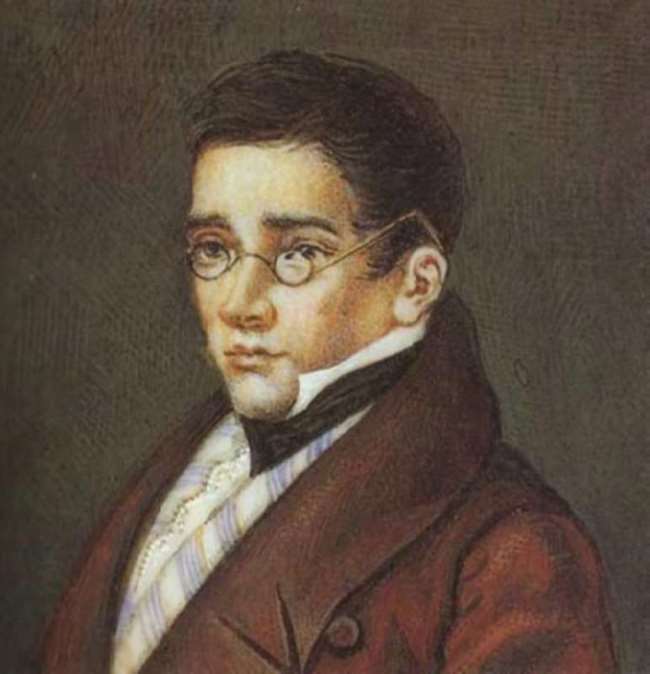 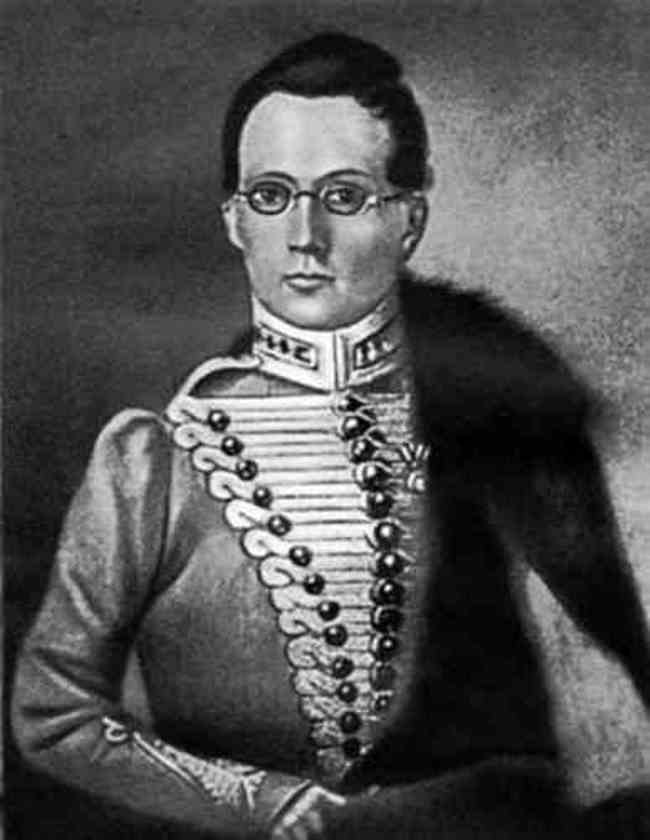 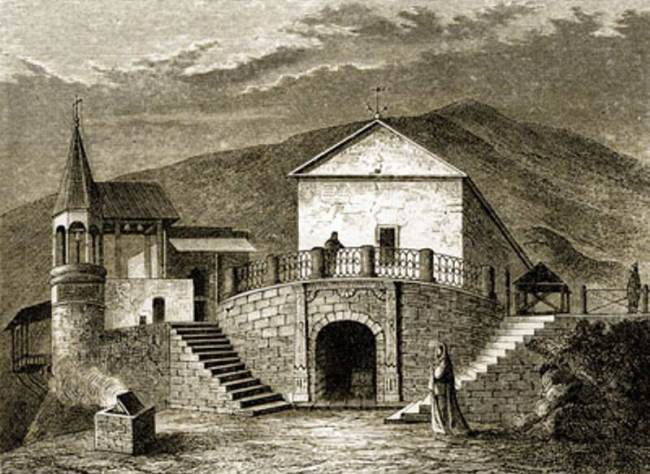 Grave of Griboyedov on Mtatsminda mountain in Tbilisi 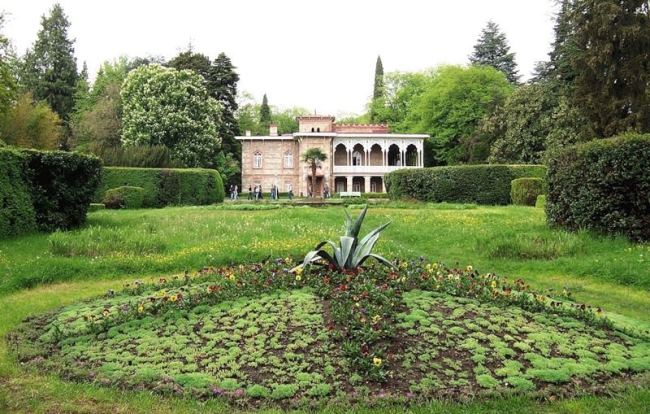 House-museum of Alexander Chavchavadze in Tsinandali 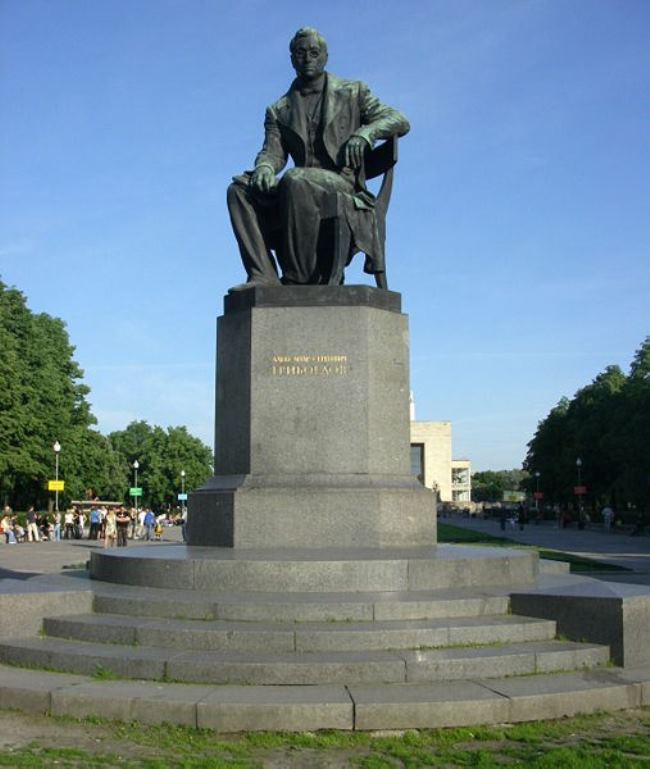 Monument to Griboyedov in Alushta 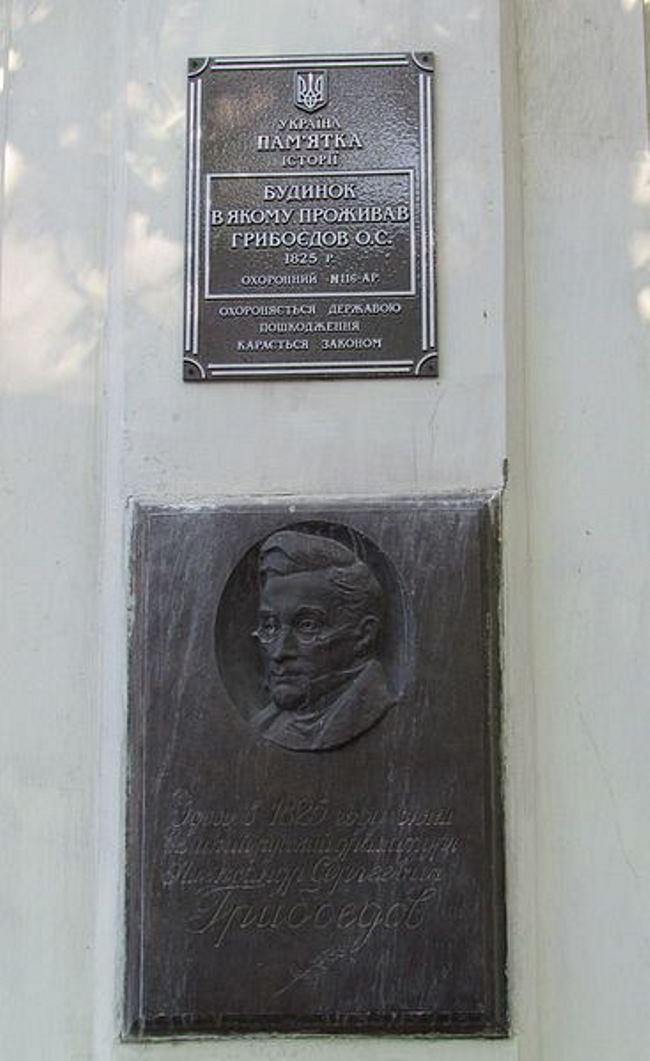 Monument to Griboyedov in Moscow on Chistoprudniy Boulevard 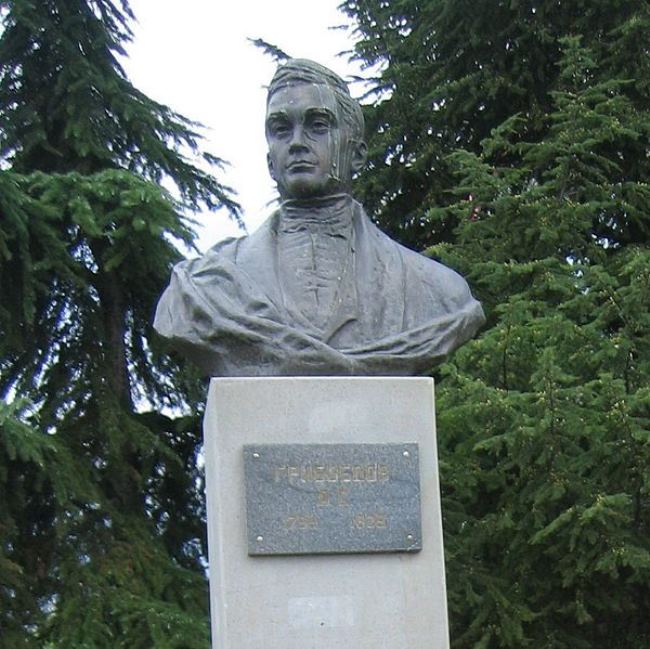